Miracle of Miracles!  The sun came out in full force after all this afternoon and we took a ride out of town...:-) 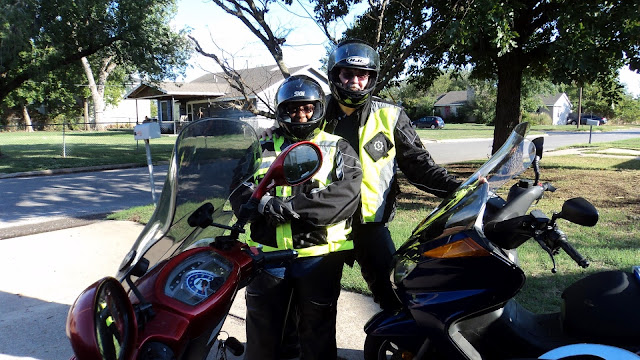 Having lived in this city for 18 years before moving to Canada, one would think that I would have noticed the "nothingness" that was here! ha......Wow....but at least it's farm land and not the surface of the moon! 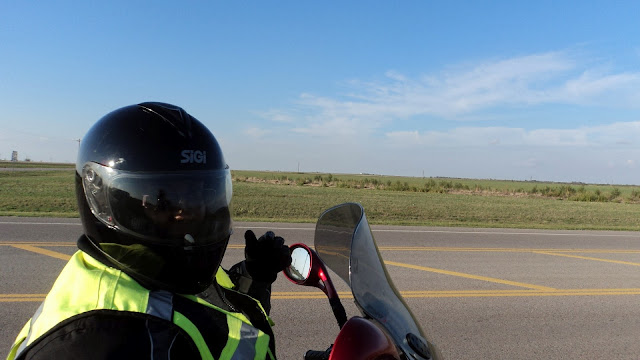 I went past this building just in time to see a flock of birds scurrying out of this old abandoned building.  But they took flight to quickly for me to get a pic.. 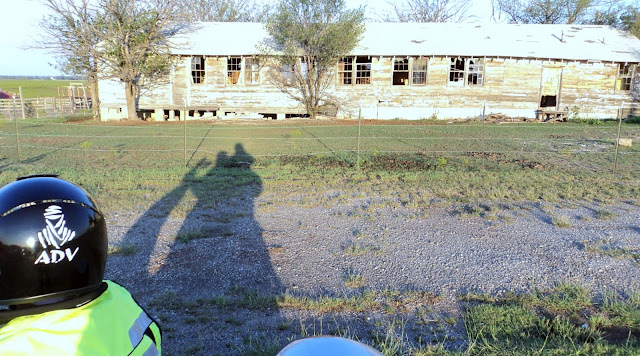 But you can look at it but so long before it gets "old"....no pun intended...haha 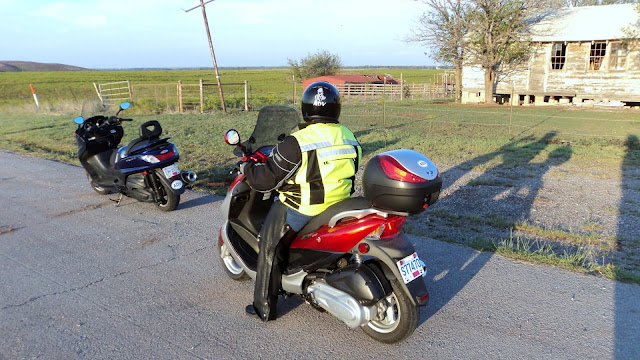 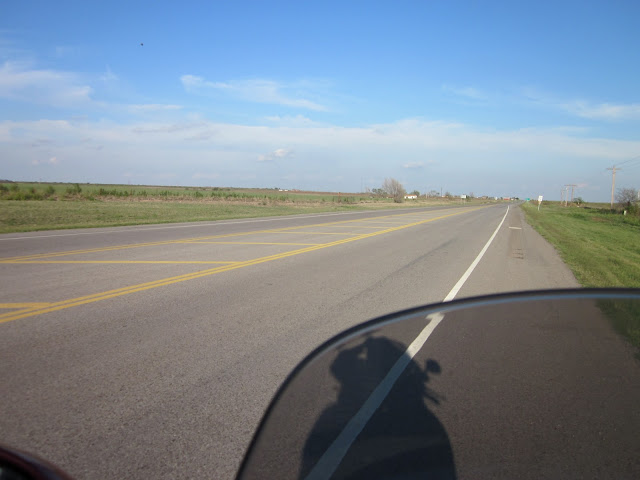 I thought it was hilarious to see that somebody with the name "Scooter" was running for public office....hahahaha..... what a hoot! 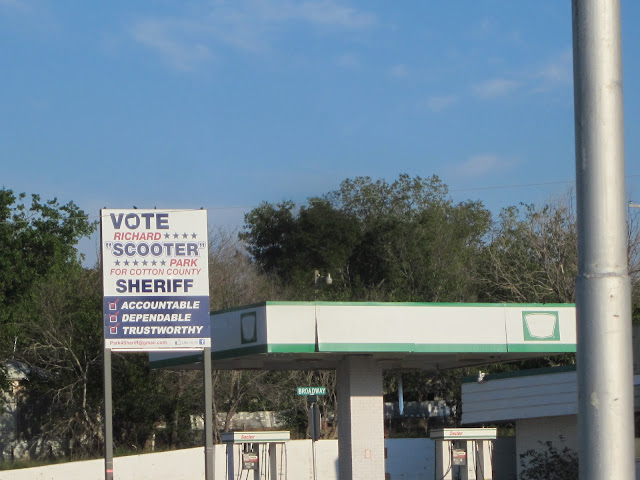 And the road to Walters, Ok seemed to go on forever and it wasn't the most pleasant road in some places......but for the most part it was good.....:-) "Scootard" was enjoying himself too.....:-).  He had never been to Walters, Ok.  I told him there was nothing there.  Now, he believes me! haha. 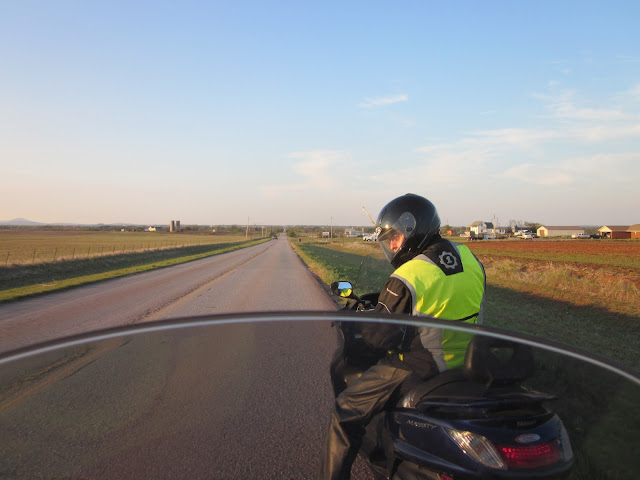 This was the most interesting thing that I saw there.  I hadn't been there in over 10 years and it seemed bigger because business and churches seemed to be missing from when I was there last. 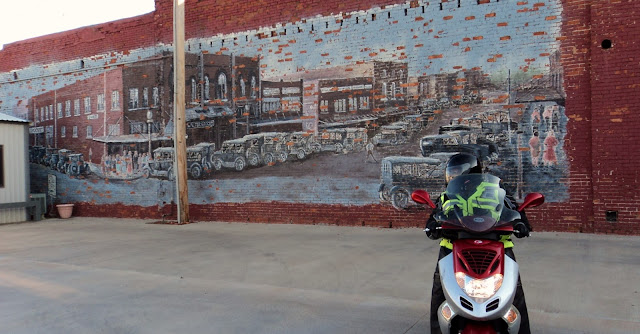 We started to get hungry and since there was nothing in Walters to see or do we decided to head over to a friend's house and crash a birthday party and eat some good food!  These are my long time friends Eva and Betty.....:-).  Thanks for the great dinner! 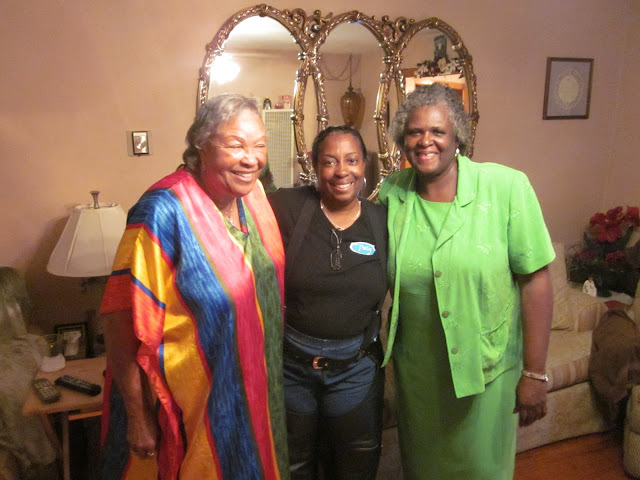 It started to get dark and we live across town, so we thought we had better get going.  By the time we got back to the house, it was pitch black out.  This was only my second time riding this scooter in the dark.  I'm glad the lights are brighter than they were on my last Chinese scooter.  You can't miss me on this one! 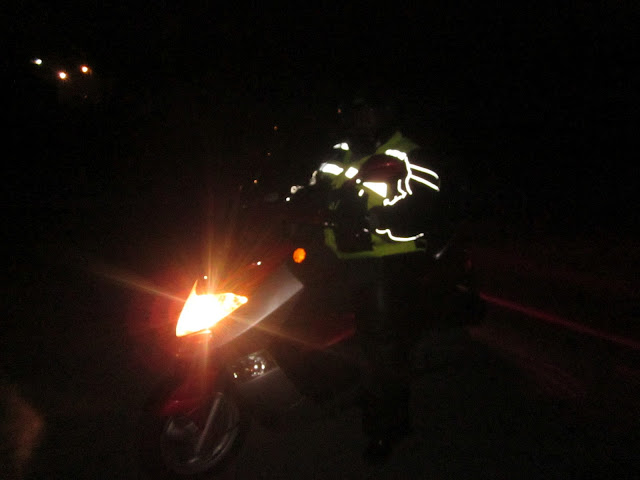 It is another mornng of rain and no signs of being able to ride today. I have been waiting to ride Ms Vickey since we got here to Oklahoma and have not been able to. Which makes the whole "pulling her on the trailer" thing a waste of time. I hope that the weather breaks soon so that we can at least go out for a bit.  The sky isn't as dark as it has been, but still full of water.... 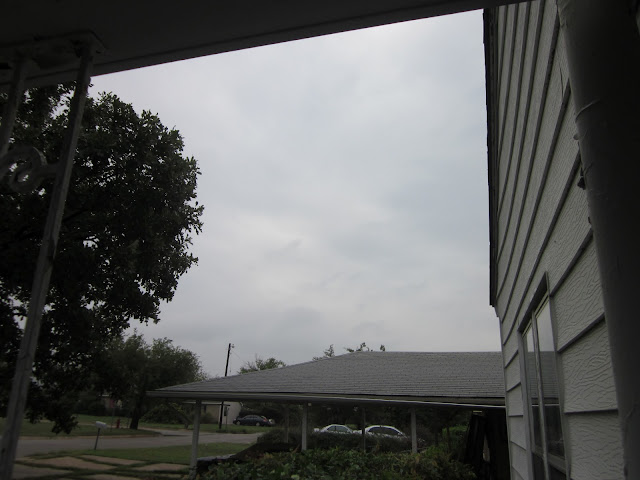 The trailer is covered, but has been dumped twice as it turns into a small swimming pool on the side of our house. 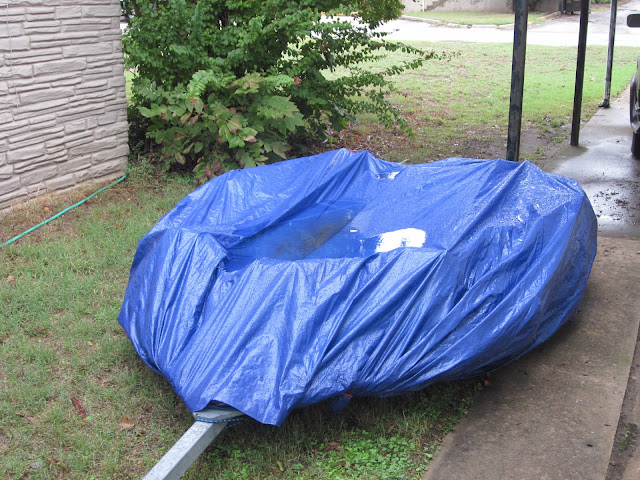 I really wanted to try to repair the "sore" on Ms Vickey's front panel that she got from the tie downs that we used.  We are on the hunt for the soft touch type for the trip back.  In the mean time, I'm searching high and low for the color code for her panel.  So far I have not been successful.  I even called back to the dealer in Canada and they were not able to provide me with the color code for the grey; only the red......Looks like I might have to do a fingernail polish match! 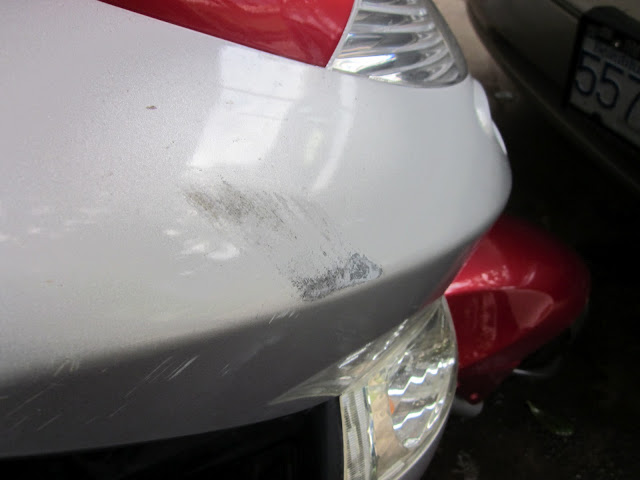 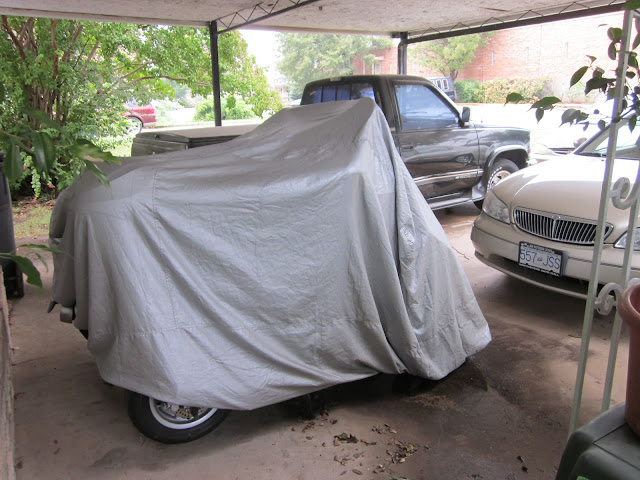