Well, it's that time again....:-).  My beloved was sleeping in while I was scribbling 'Happy Birthday" on the bathroom mirror to greet him when we woke up....:-) 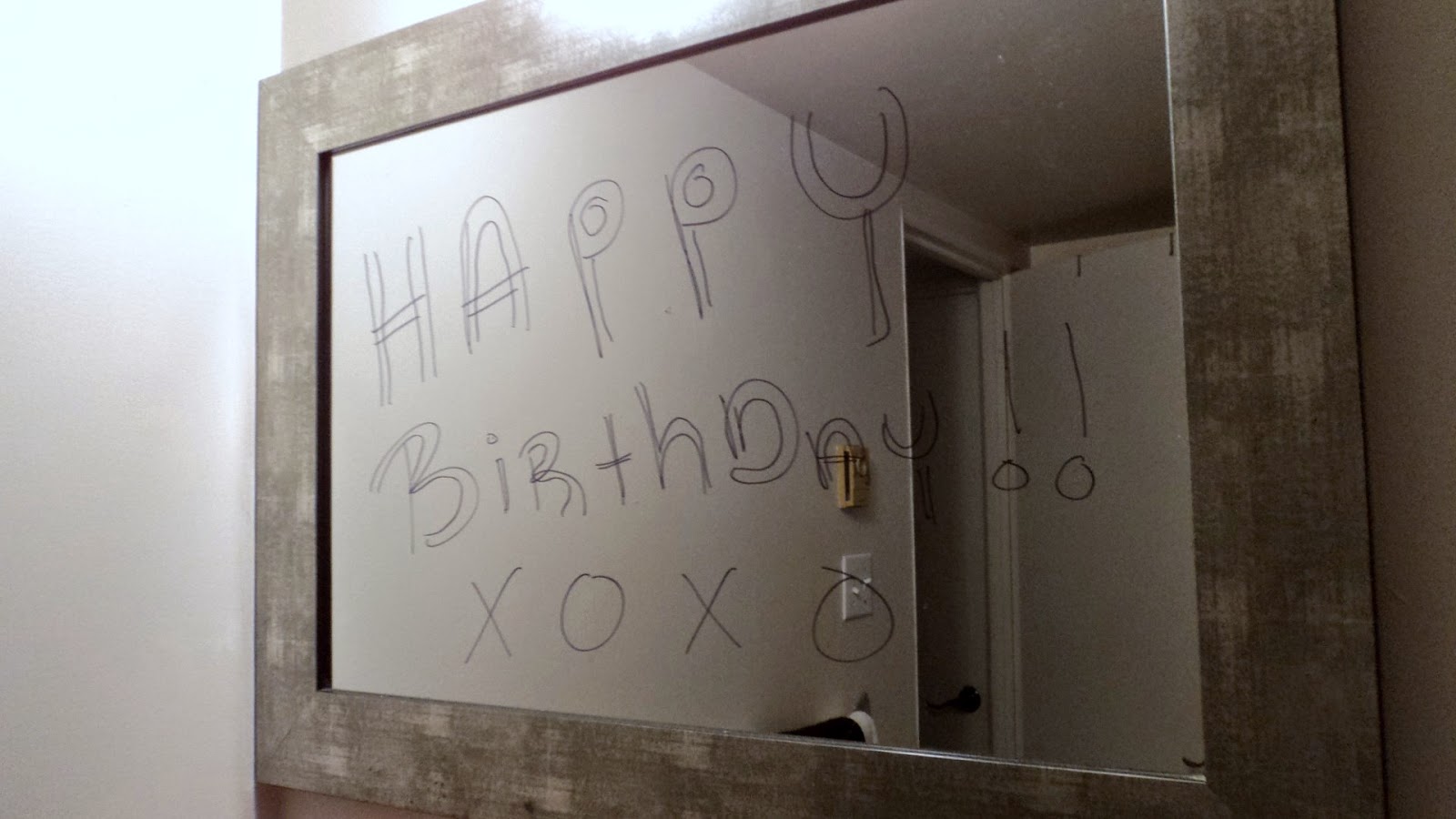 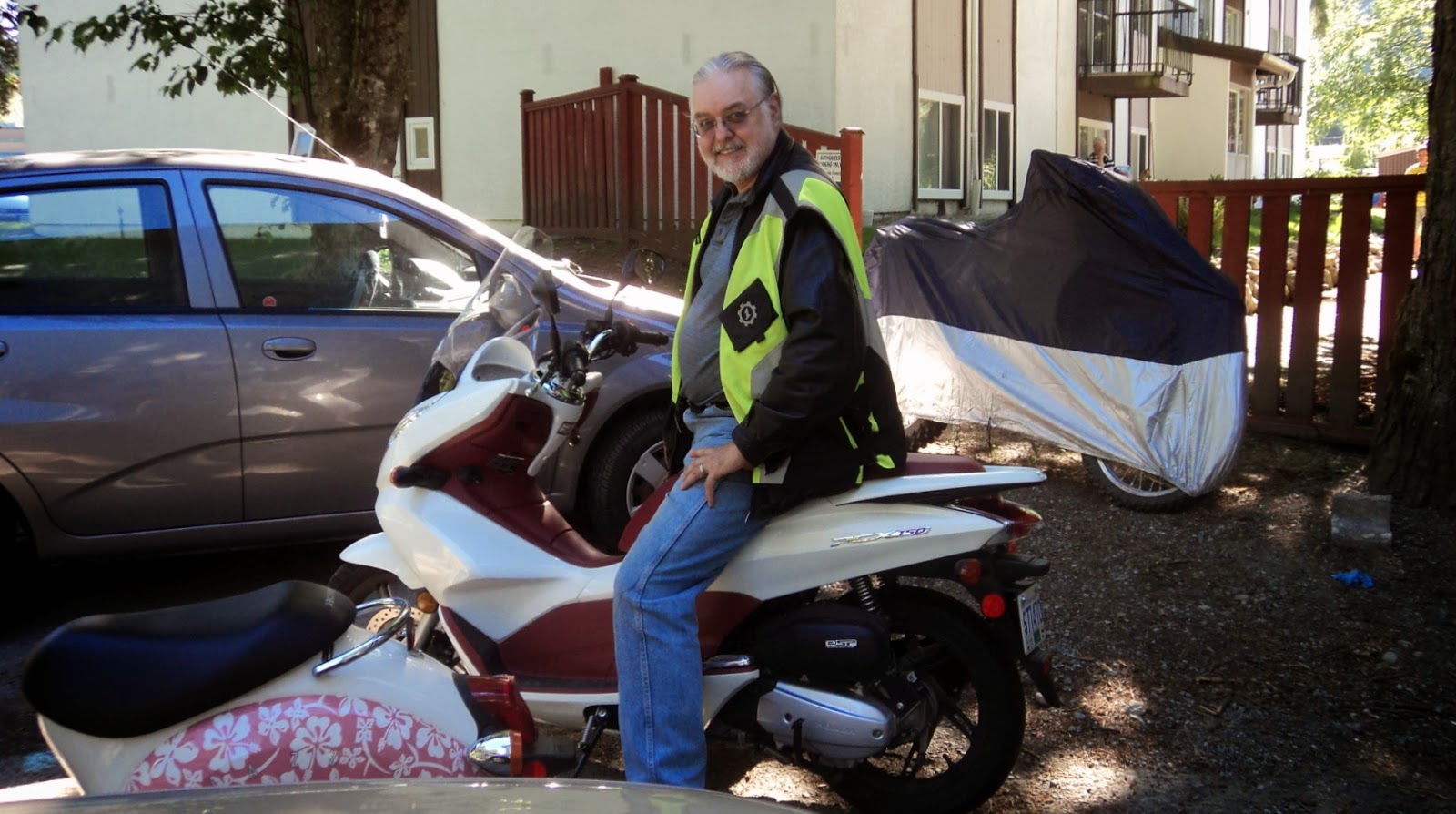 I got ready to saddle up on Raspberry and see what the day would bring.... 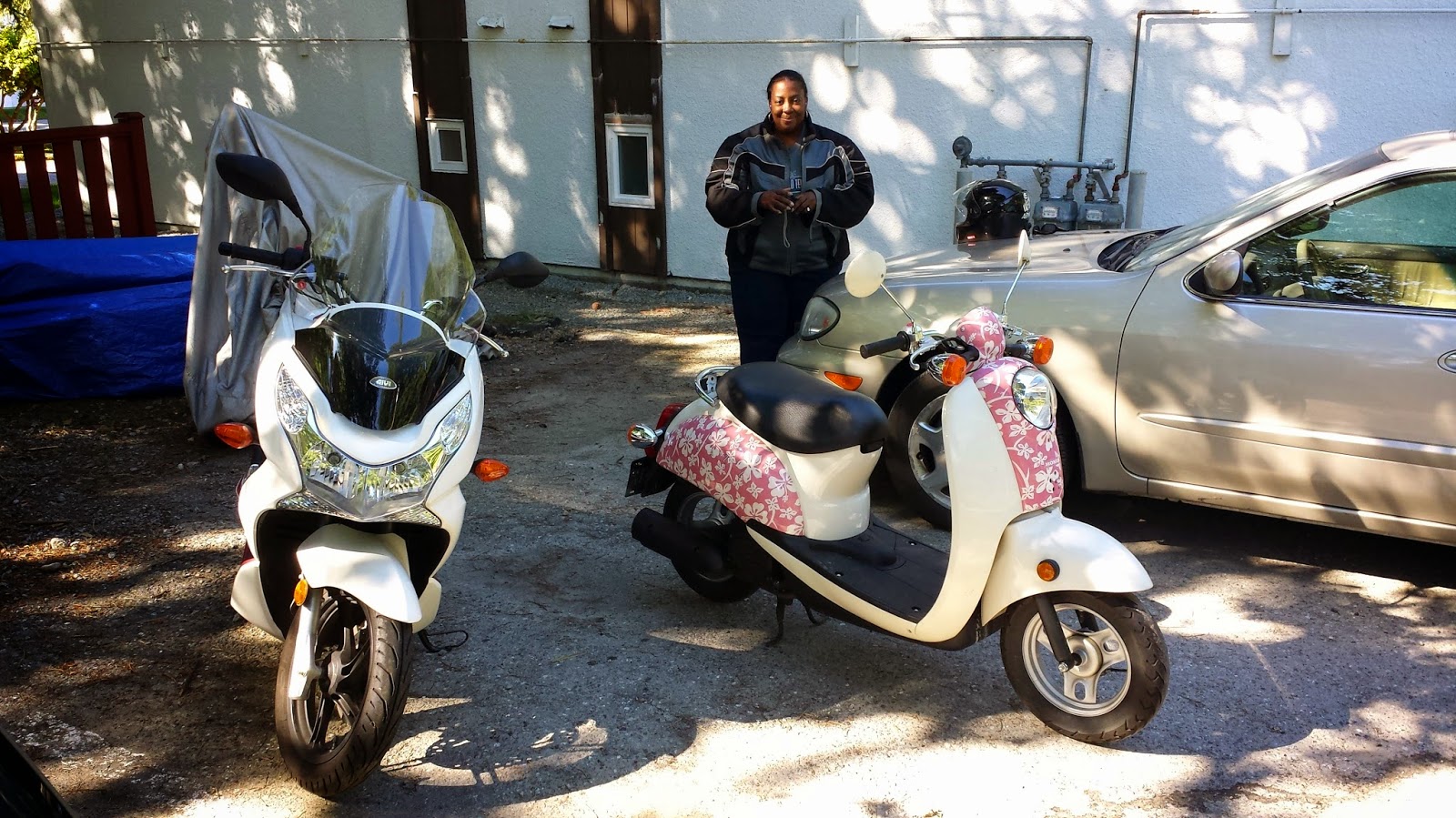 But first, a trip to the garden to check on the progress of things.... 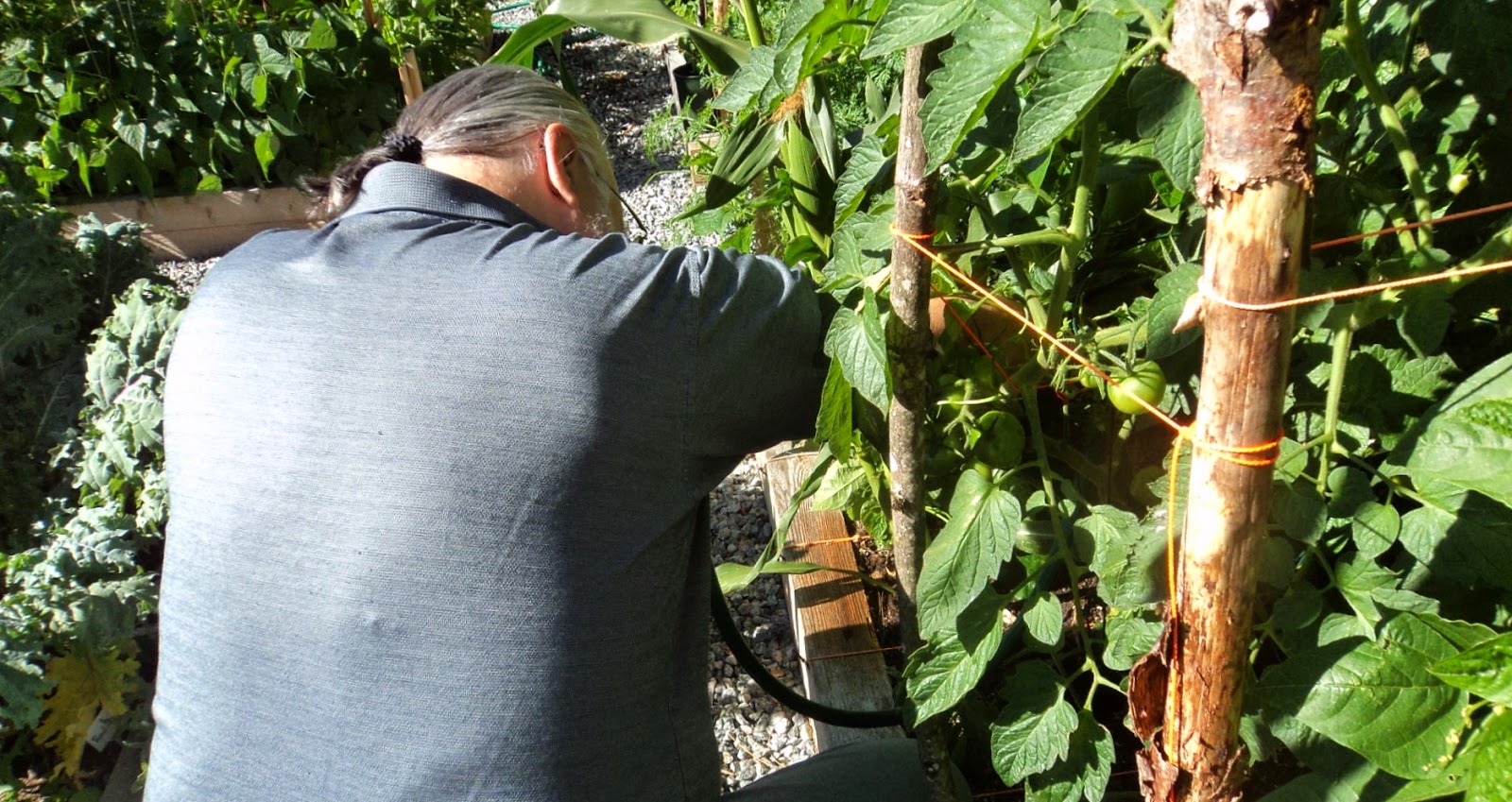 The tomatoes were coming along pretty well.  Some of the vines are so heavy that they had to be braced up
even though they are in cages! 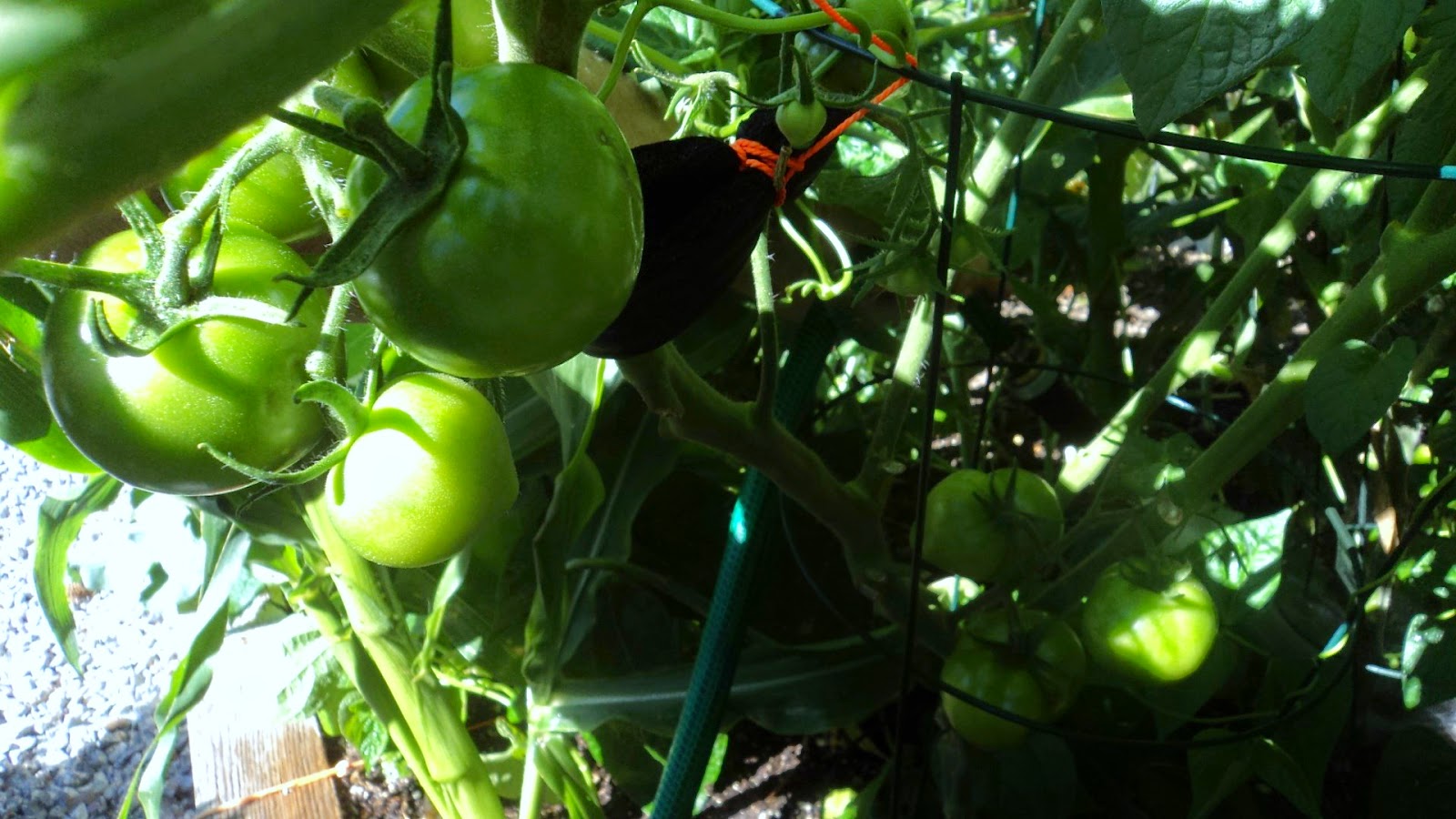 I'm told that the corn is ready when the tassels turn brown.  This one still has a few more days to go. 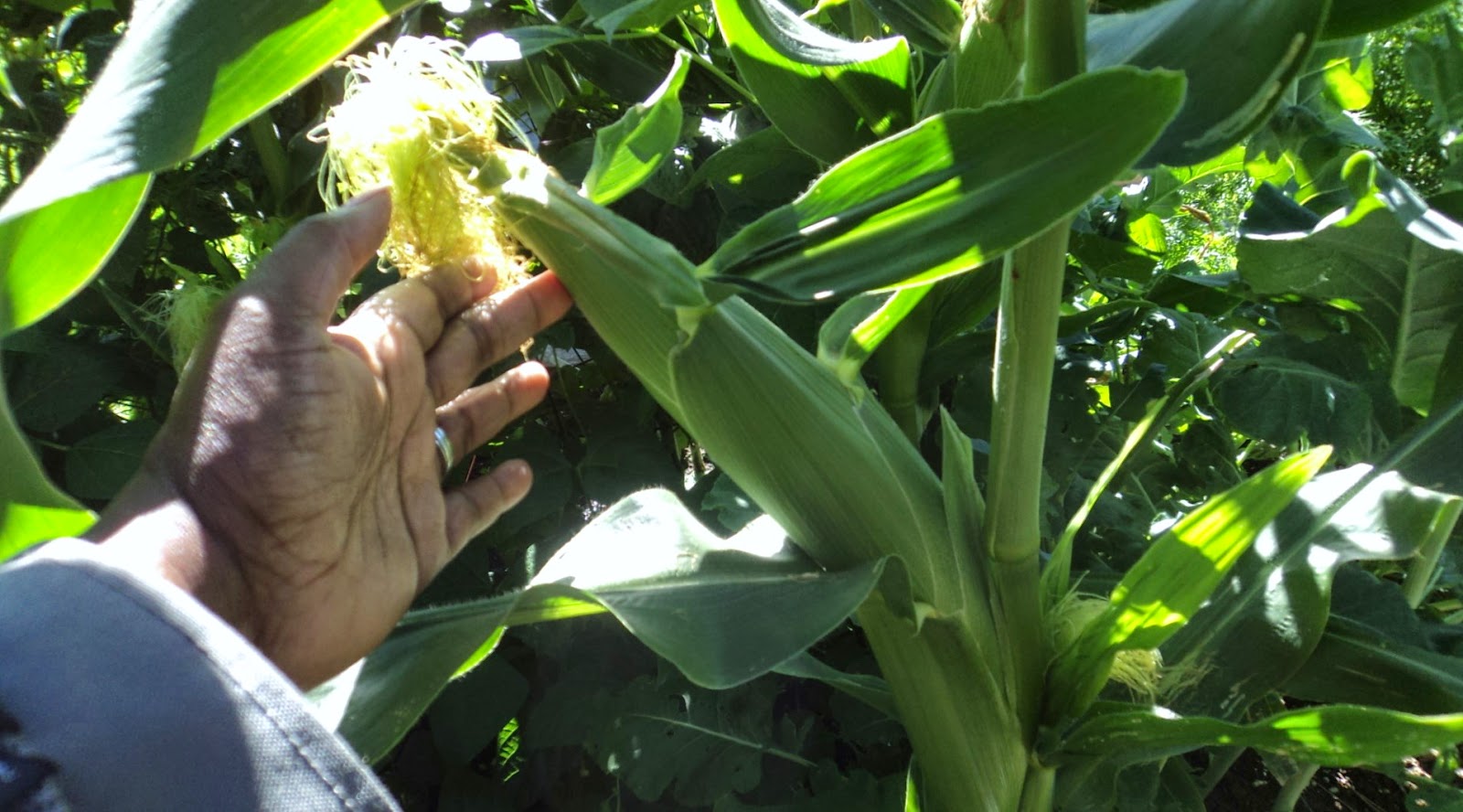 These peppers are about the size of a golf ball.  They are supposed to turn orange when they are ripe.  I hope we are here to harvest them! 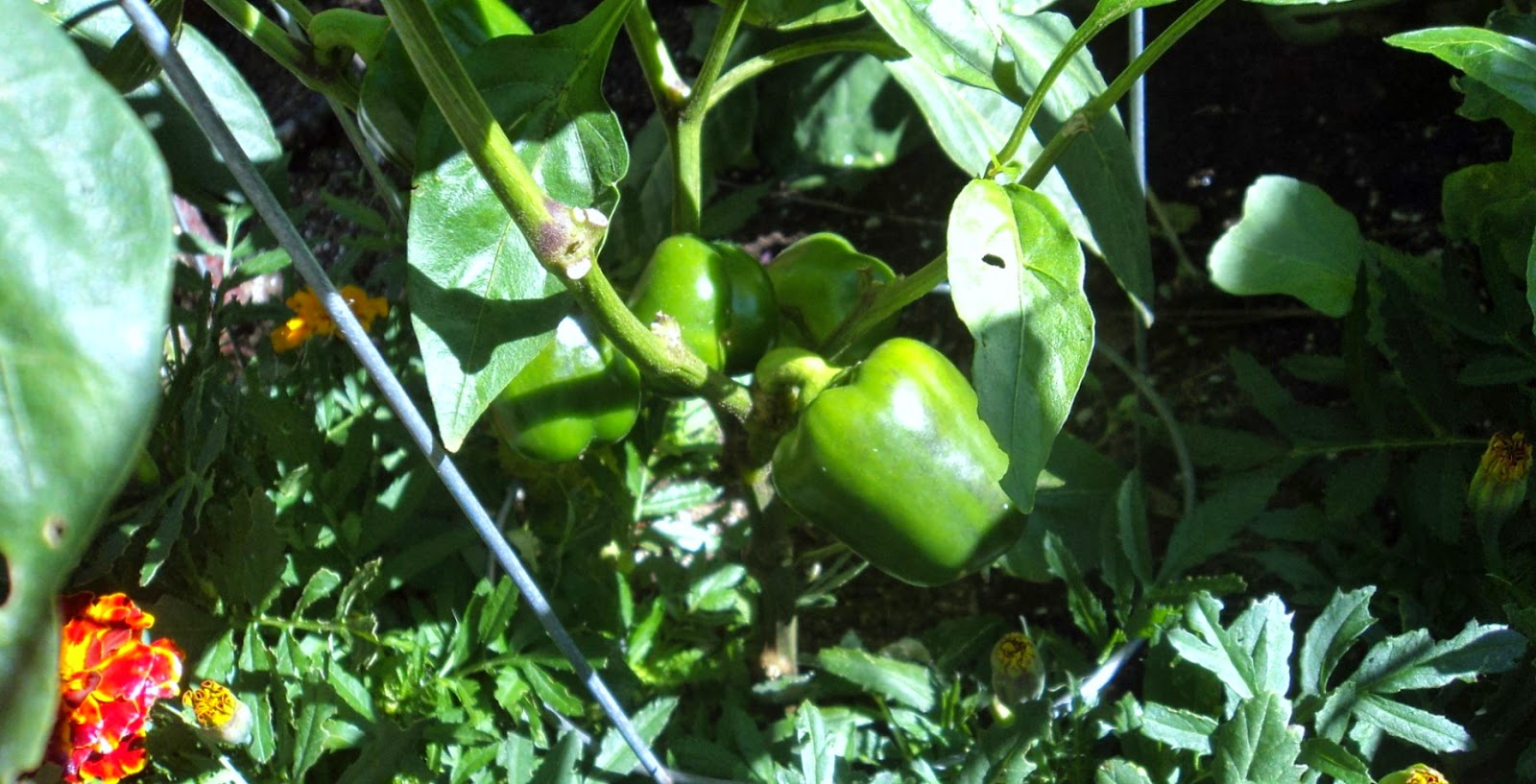 I have found that tomatoes (these are "champions" ) are very tricky to care for.  Some of these seem to be struggling.  I think the corn is clocking the sun. 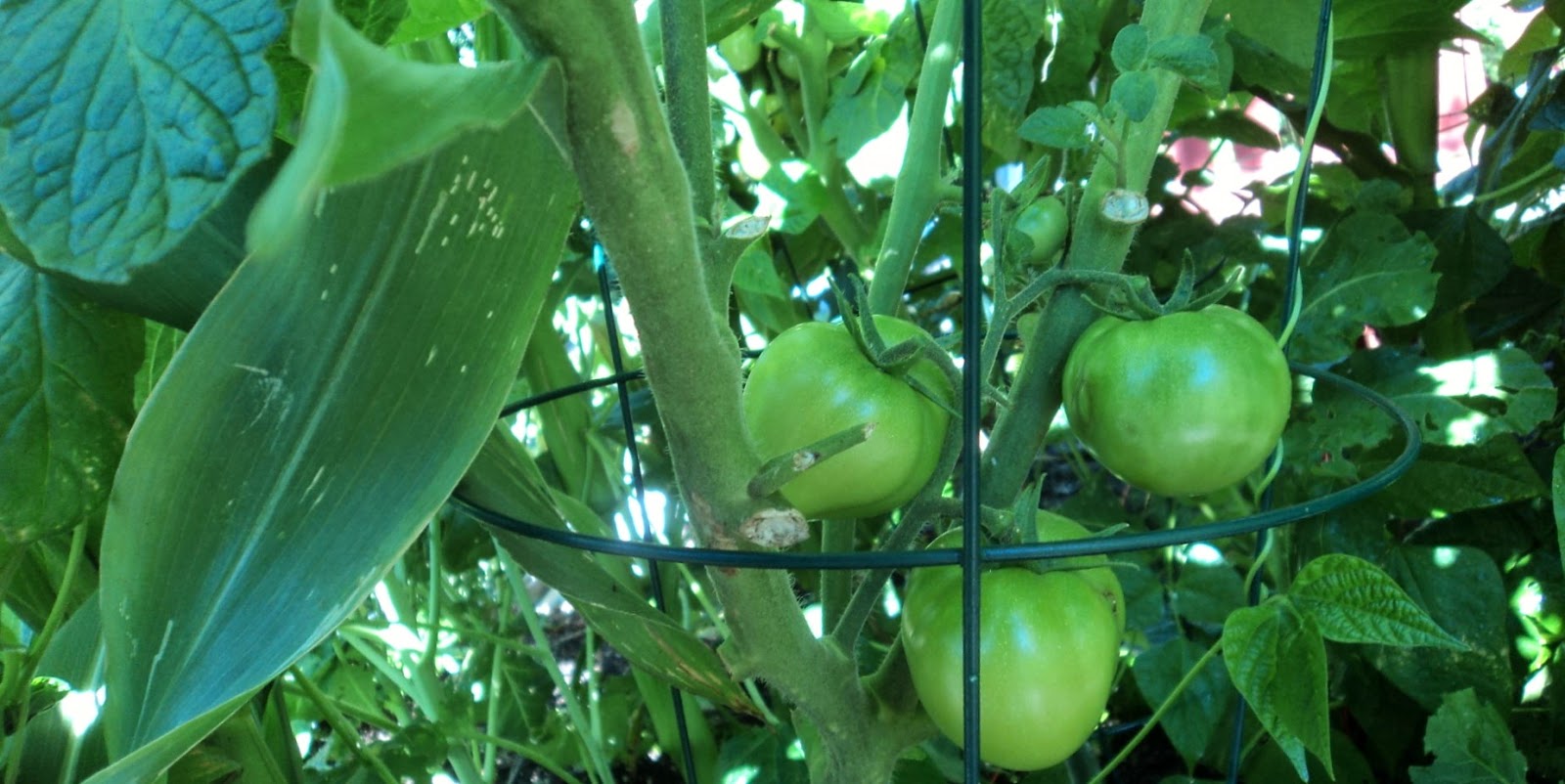 These are "cherry tomatoes" and they are doing fine except for one bunch that I will remove on my next trip down there. 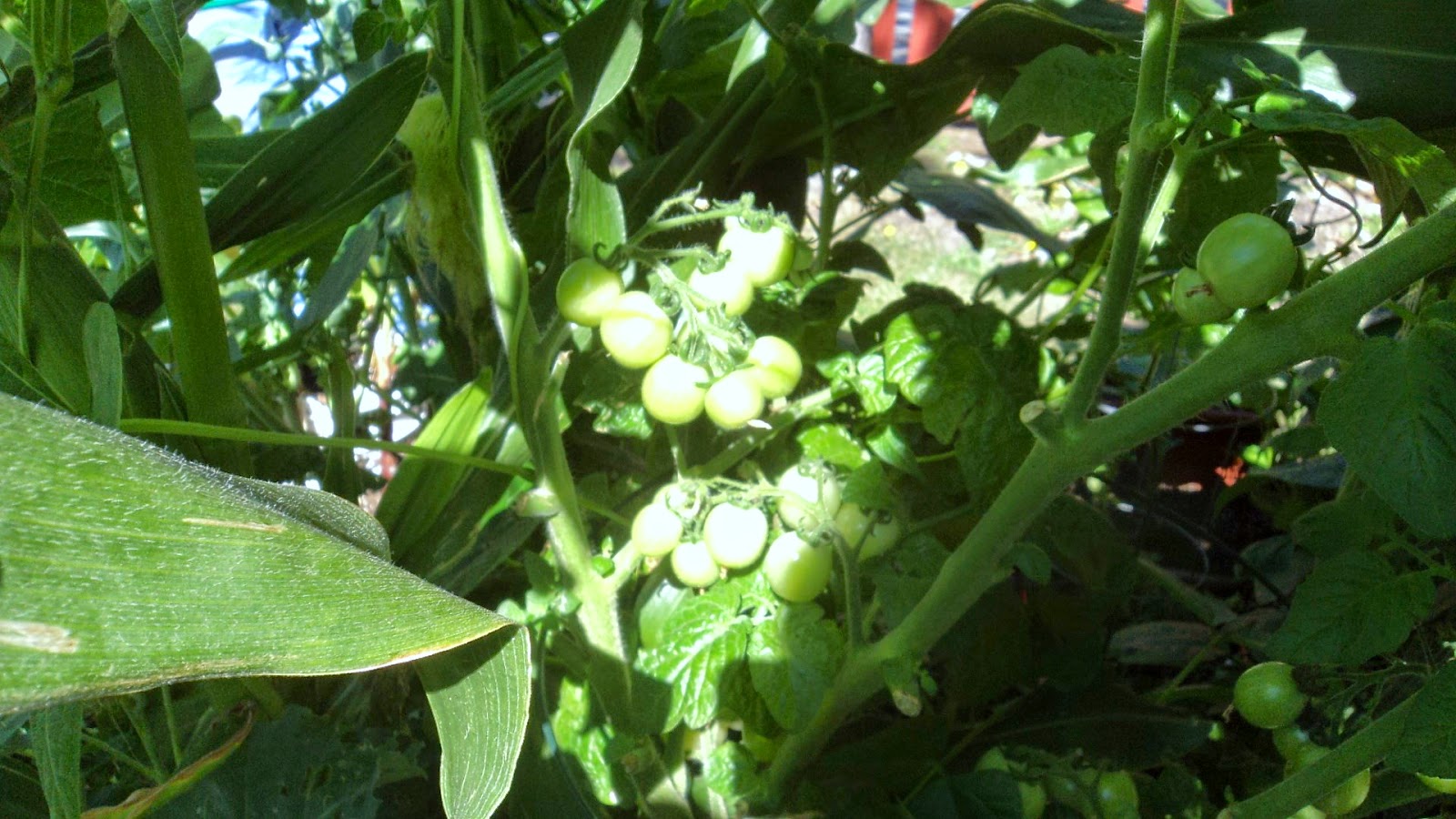 After a quick check and water of the garden, we made our way to a little place we had not been in a couple of years.  We made it! 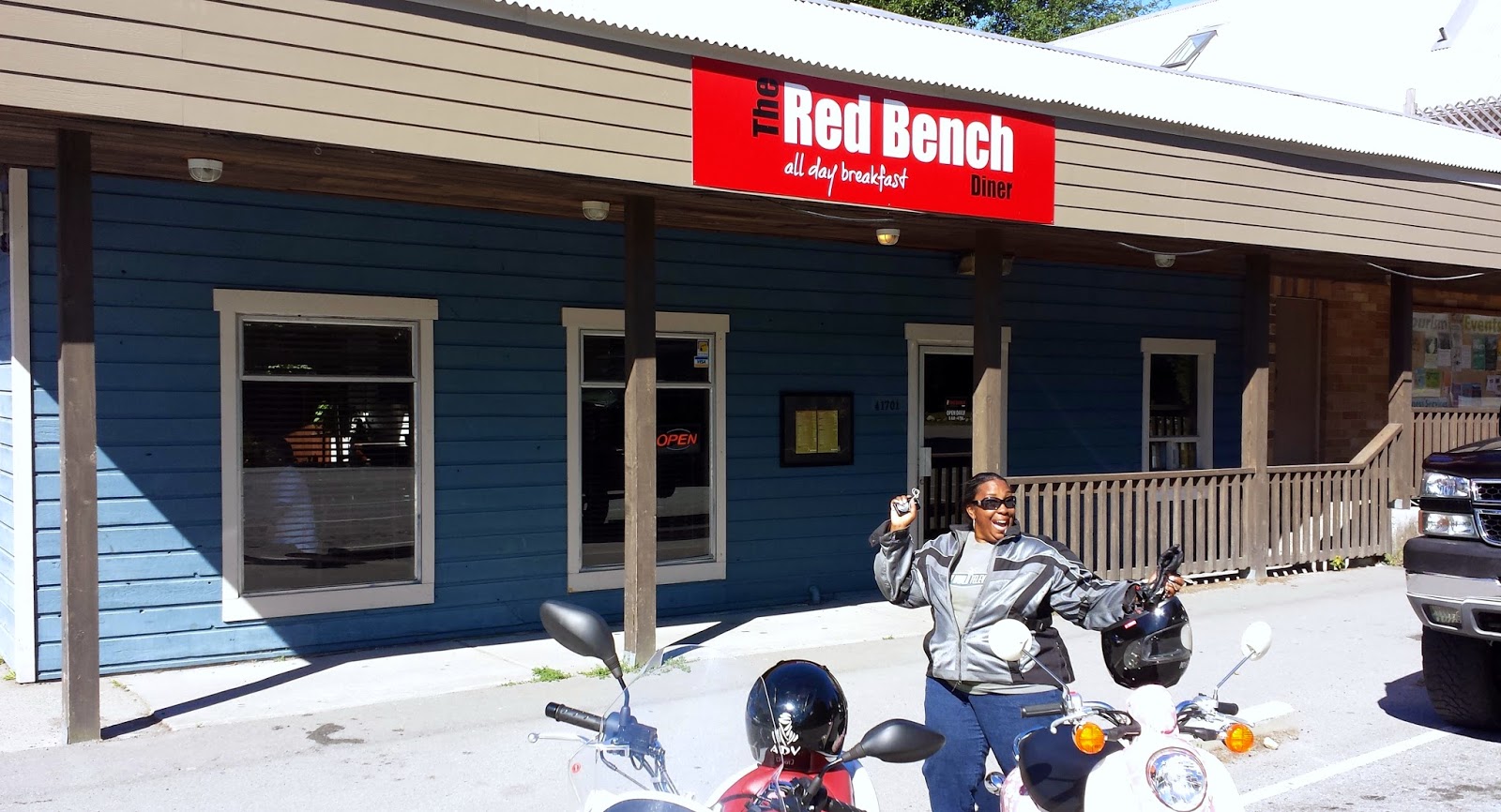 I couldn't remember if I liked the food here or not the last time we were here.  I guess I would find out once we got in there.  Scootard was going to move the bikes to the back of the restaurant. 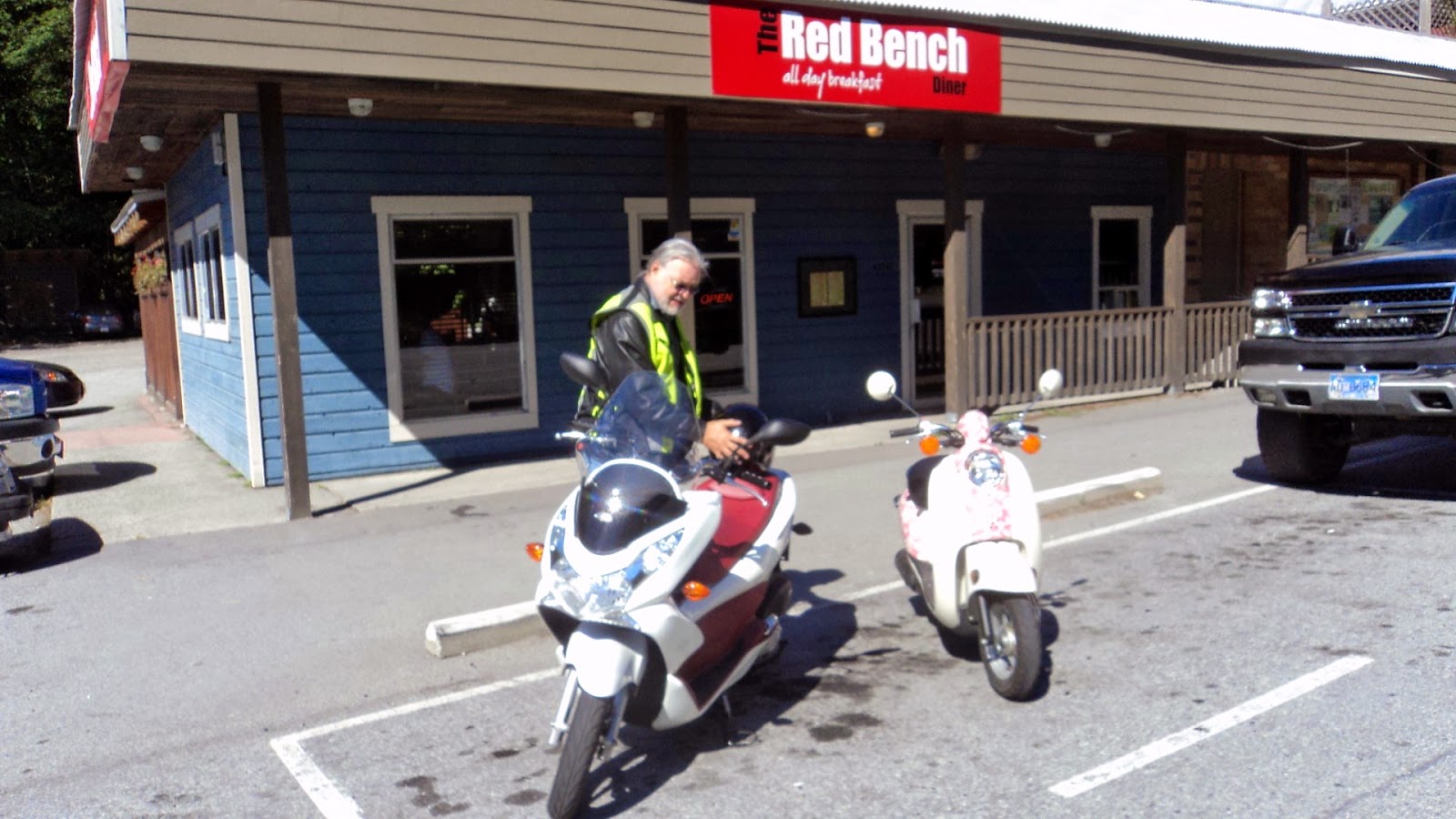 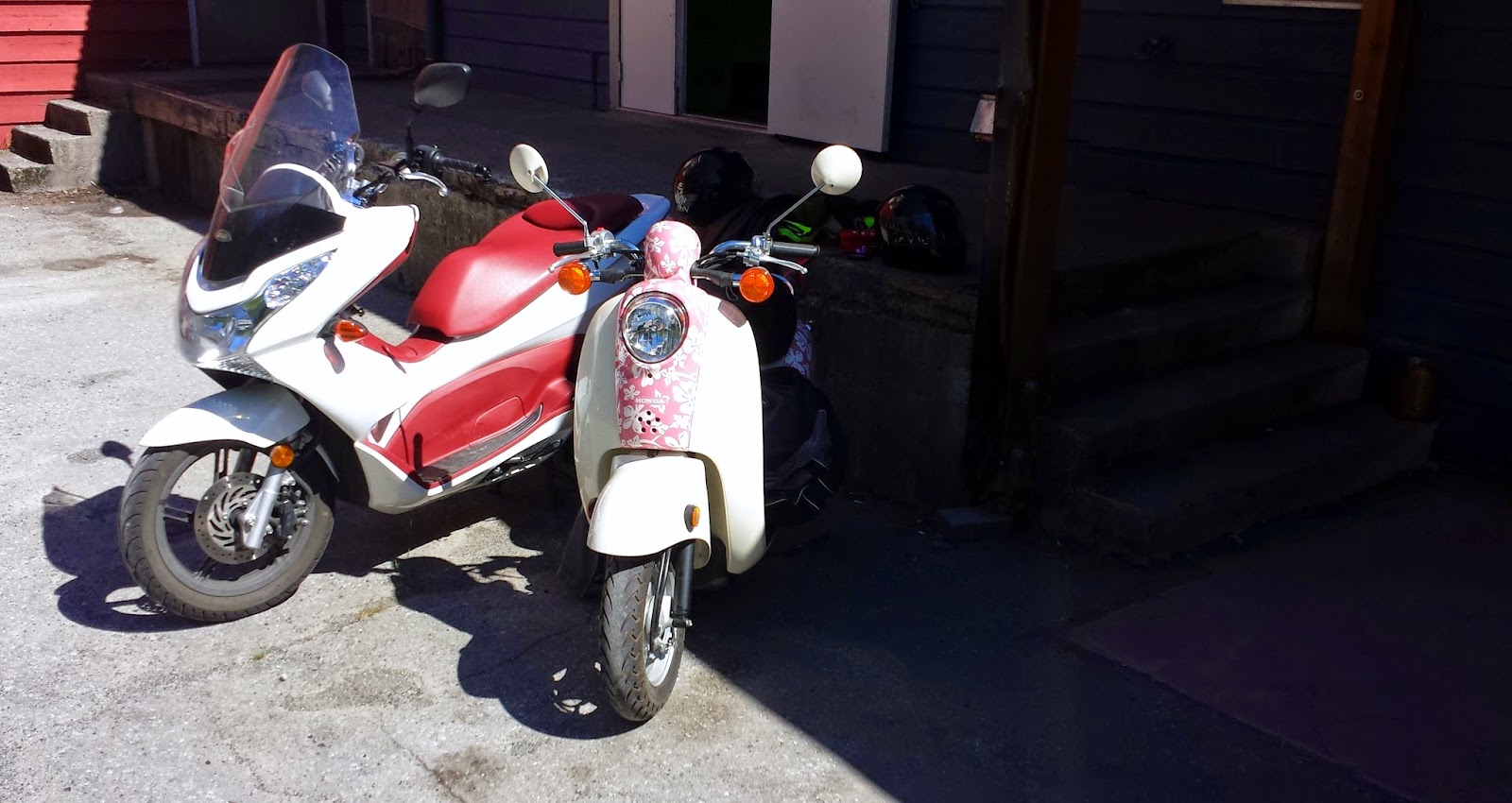 Scootard was playing with his phone and I was patiently waiting for brunch. 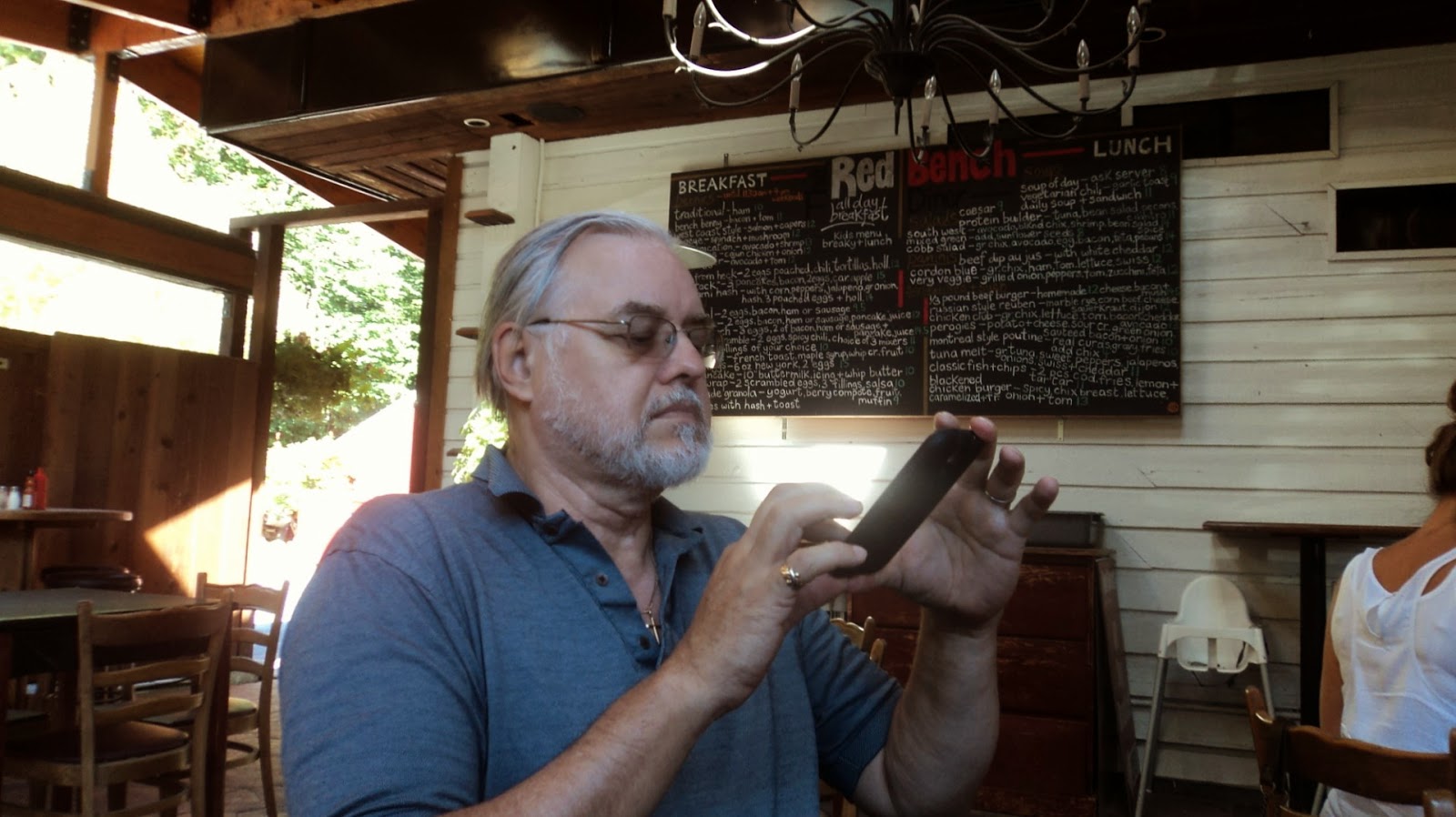 ok, then.  His order: poached eggs over chili in taco shells that were shaped like little bowls. 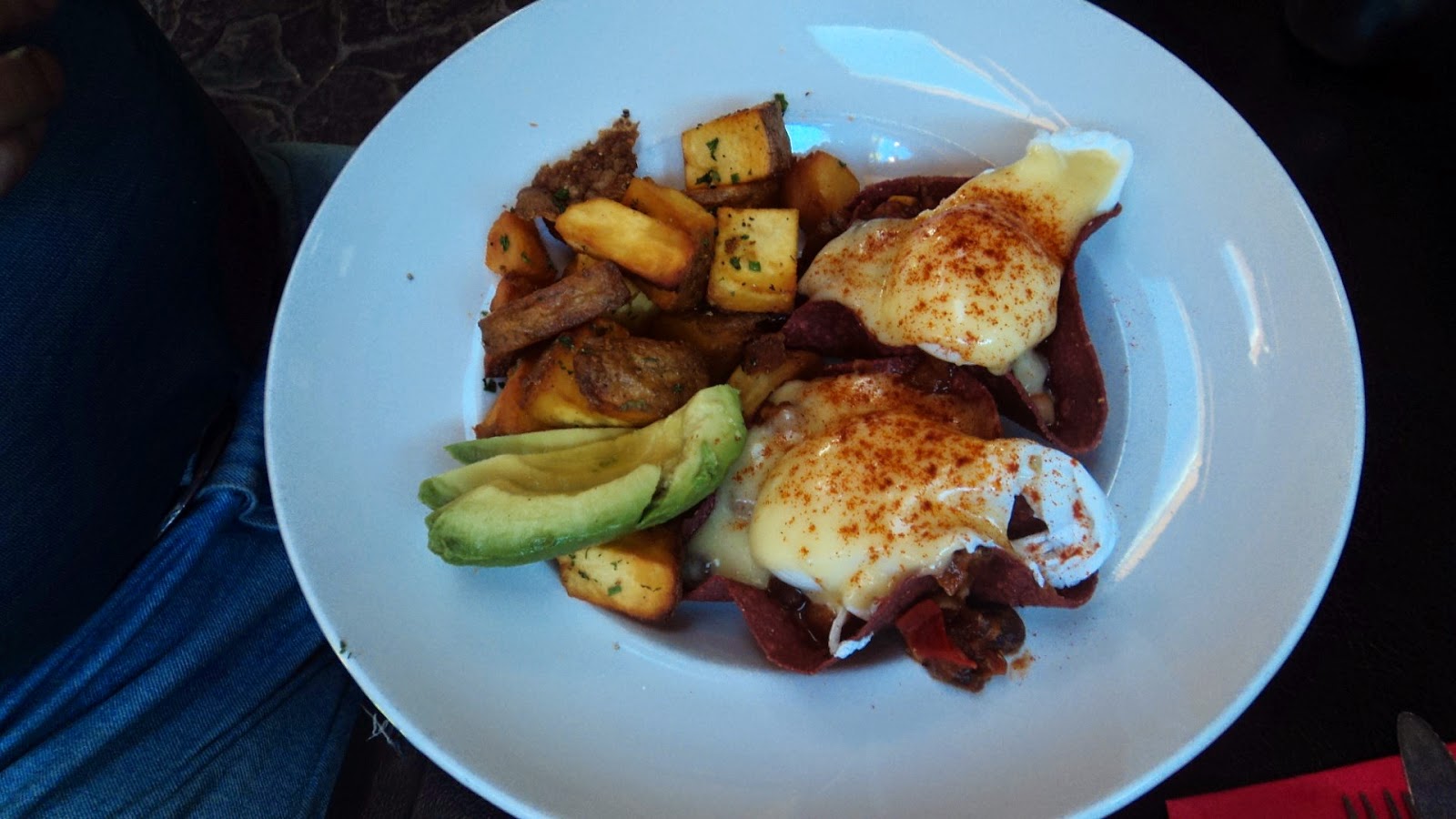 I ordered scrambled eggs with spinach, swiss cheese, and mushrooms with spicy vegetarian chili.
It wasn't spicy at all. 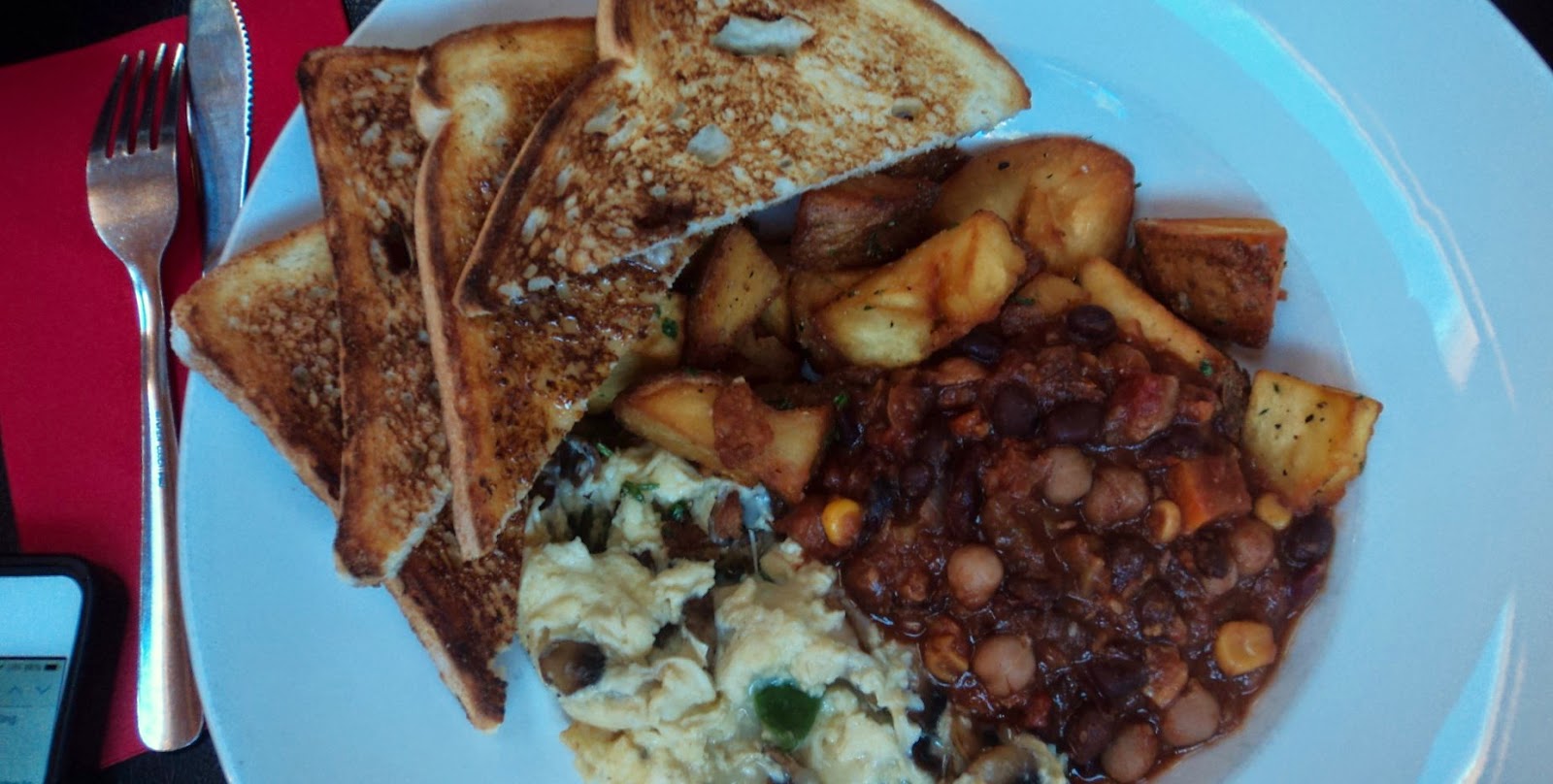 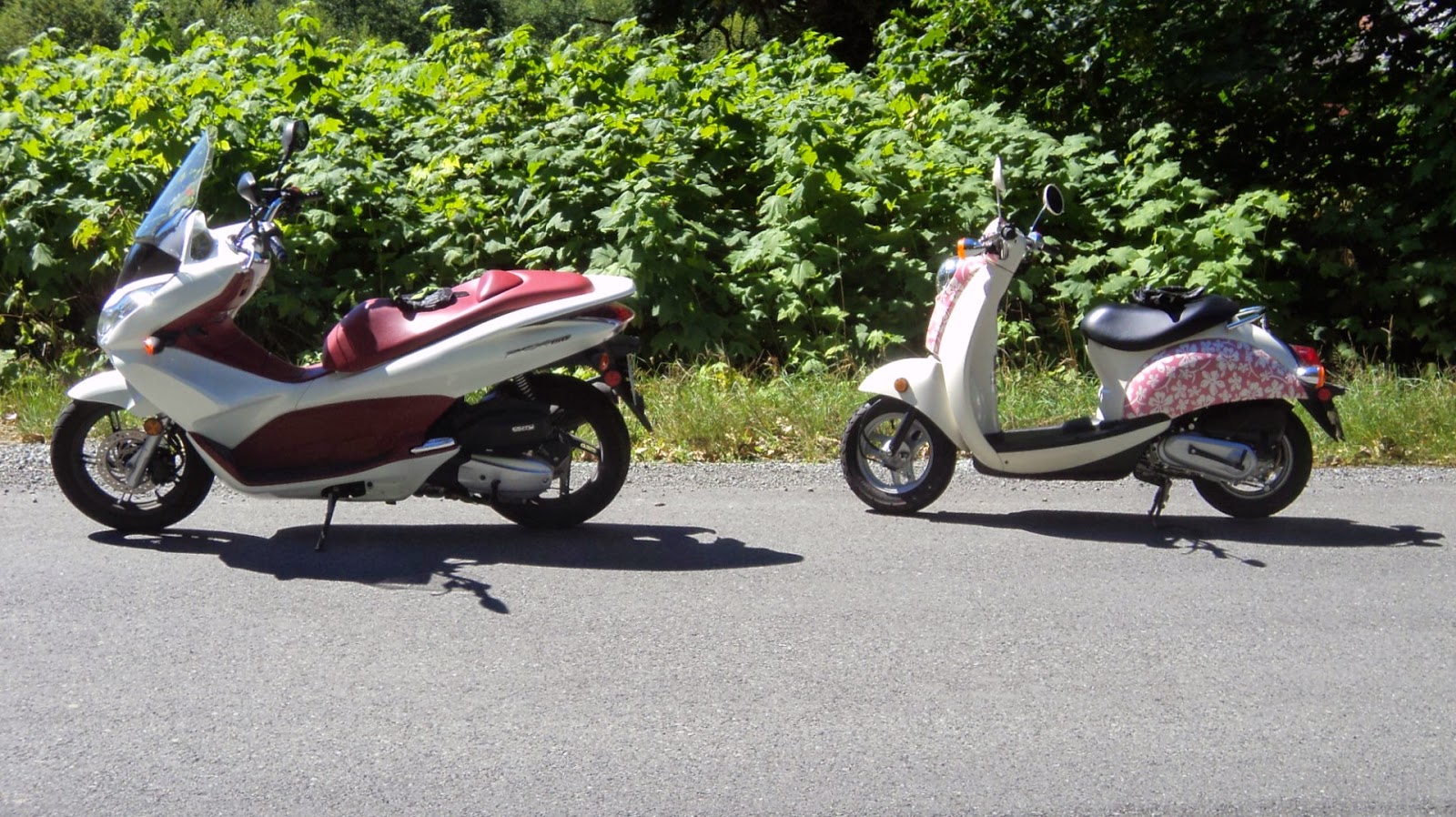 Raspberry looks soooo tiny next to the backdrop...:-). 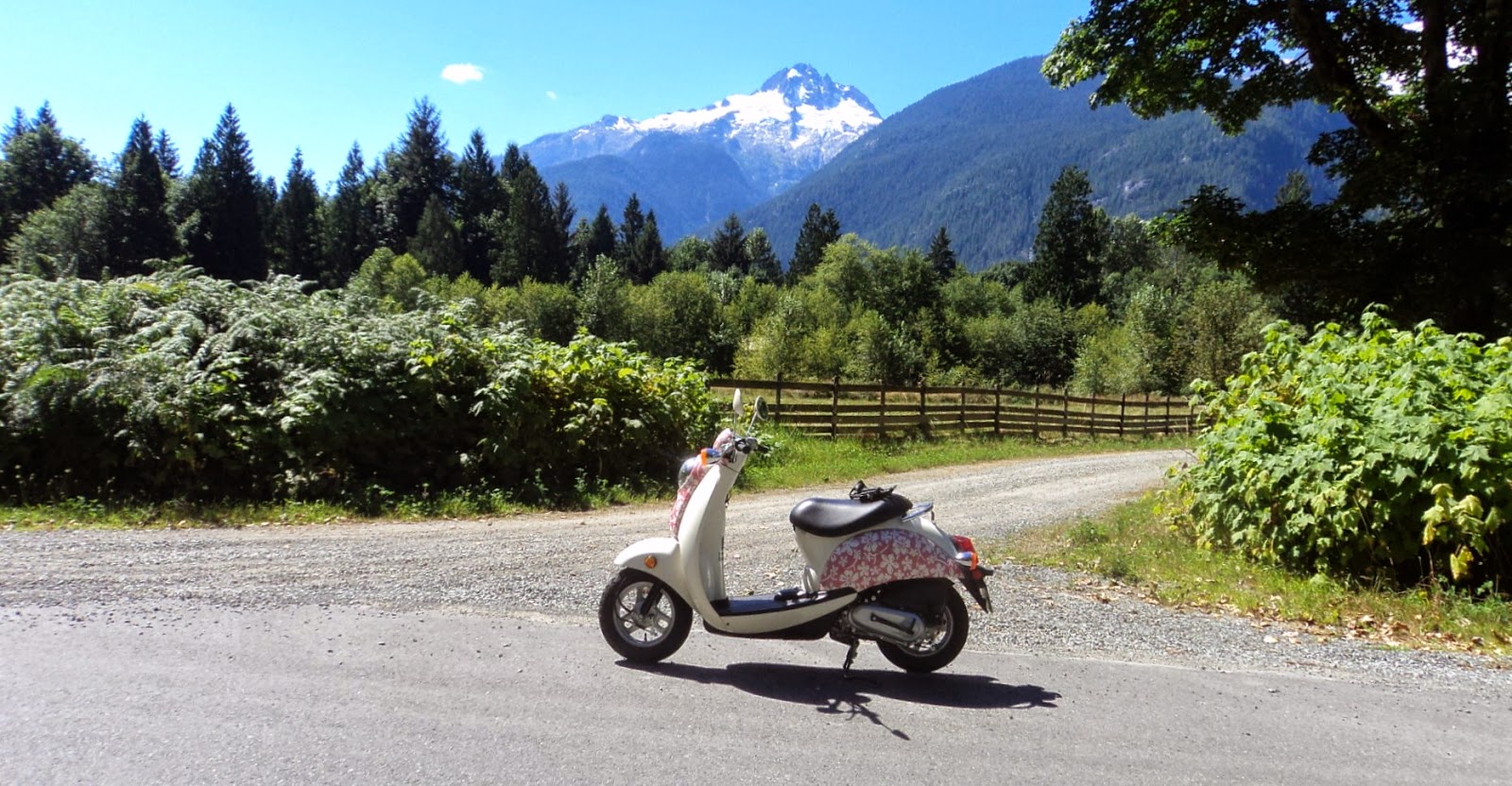 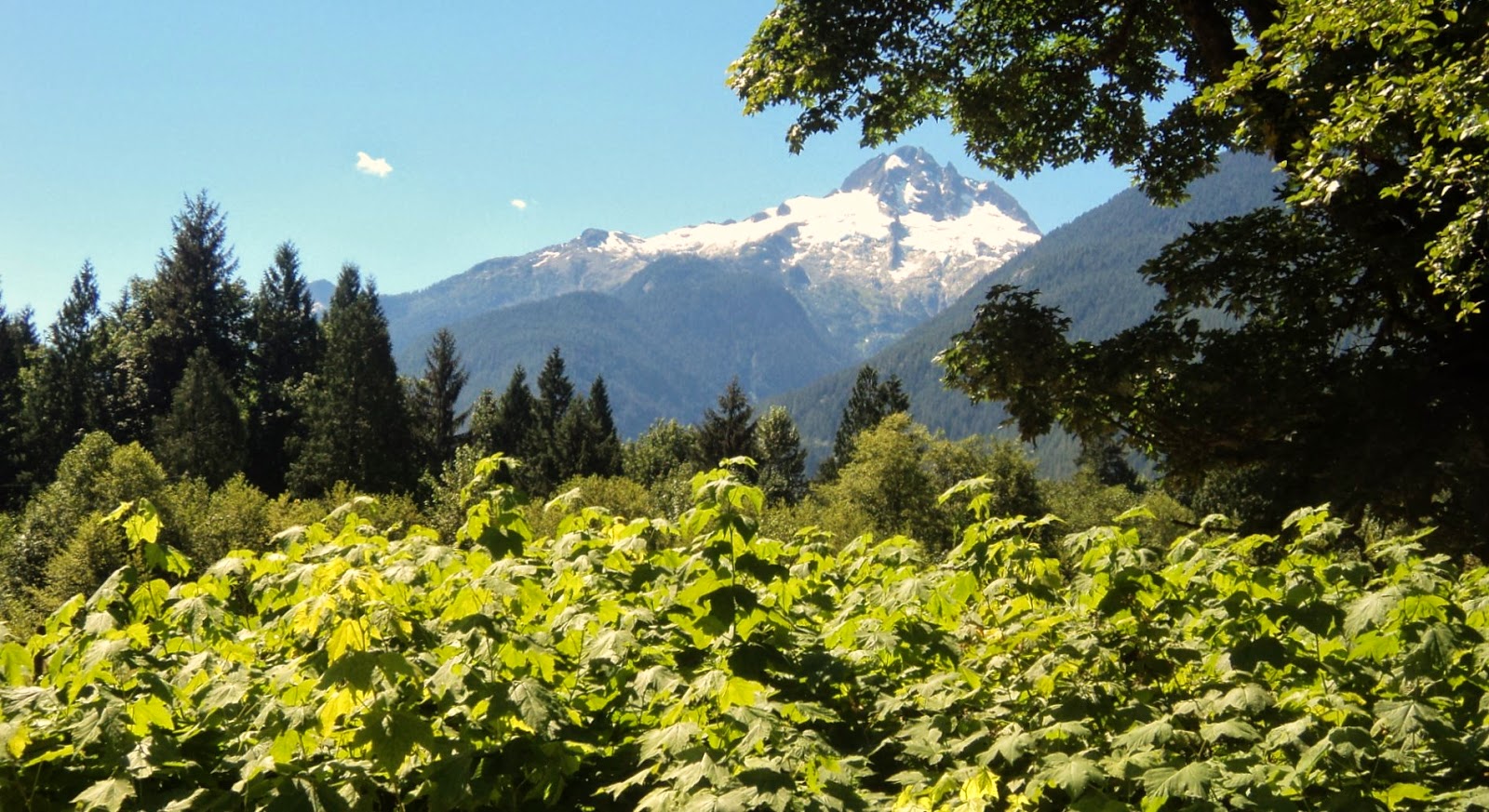 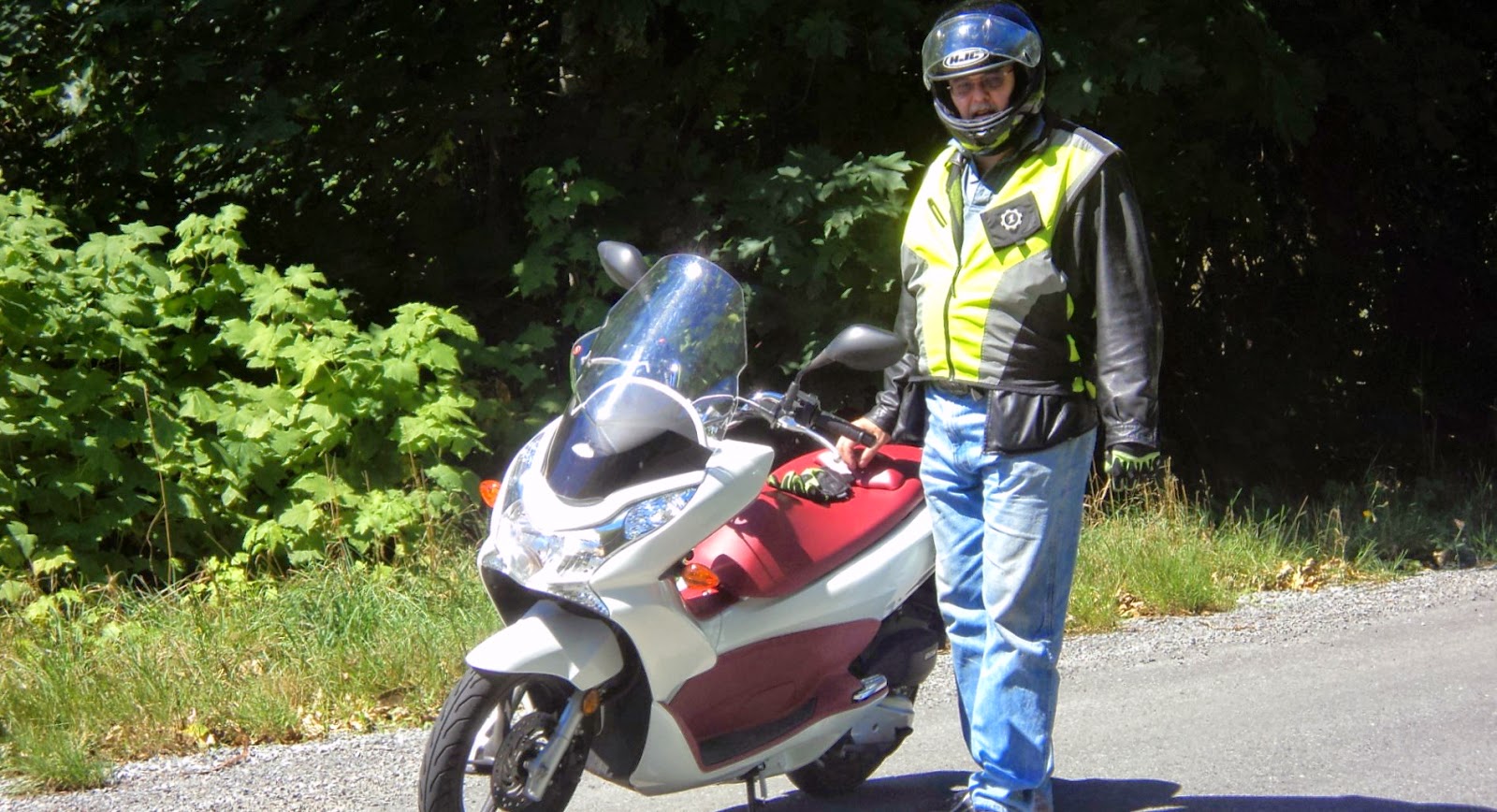 We rode all through the back roads enjoying the scenery... 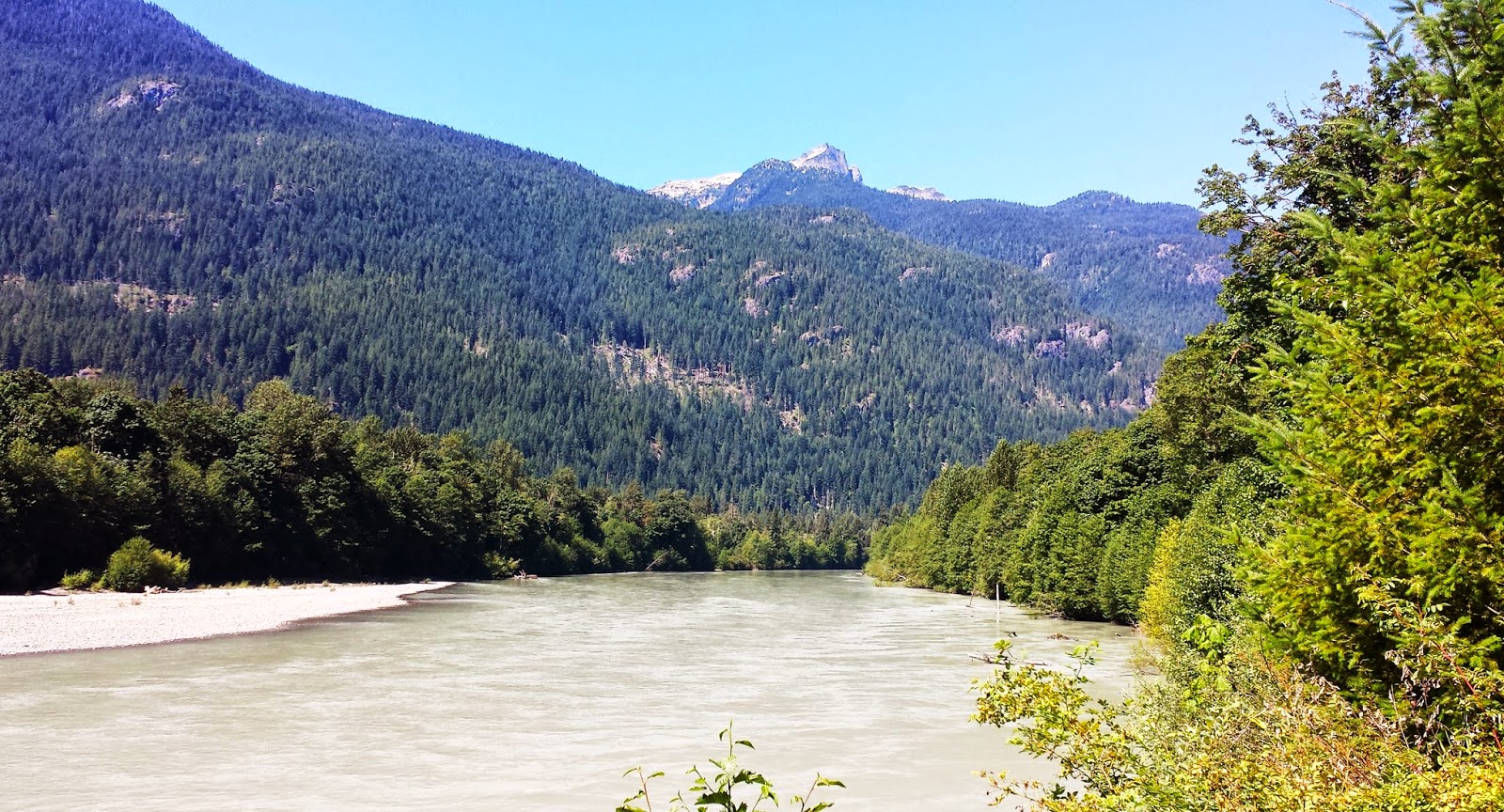 But I was getting "money butt" so we decided to switch bikes.   Now, that was a sight for sore eyes, but unfortunately I do not have pictures of my 6 foot tall man on Raspberry. 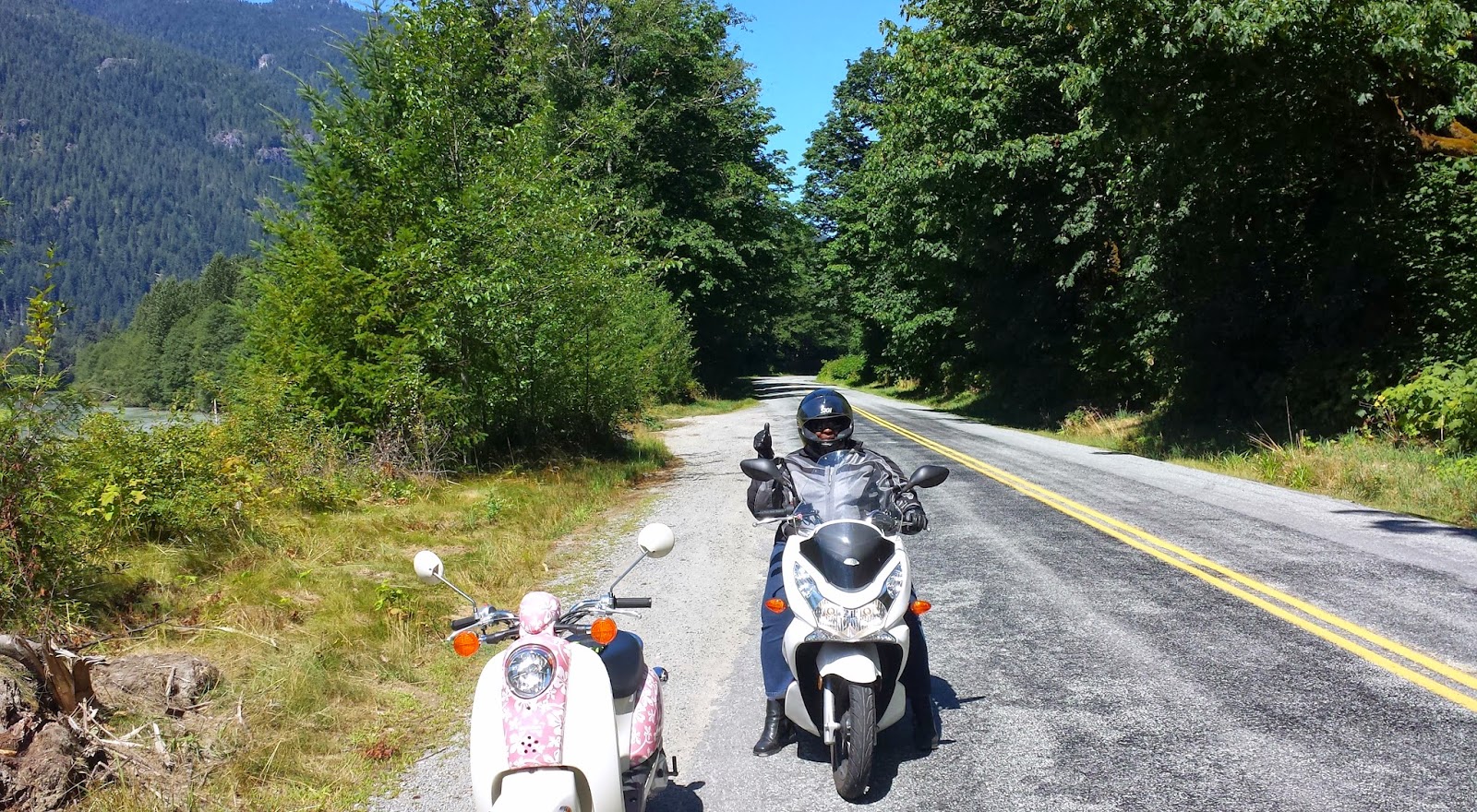 We made it back home exhausted but very satisfied with the day.  Next thing was to make Scootard's birthday cake....:-) 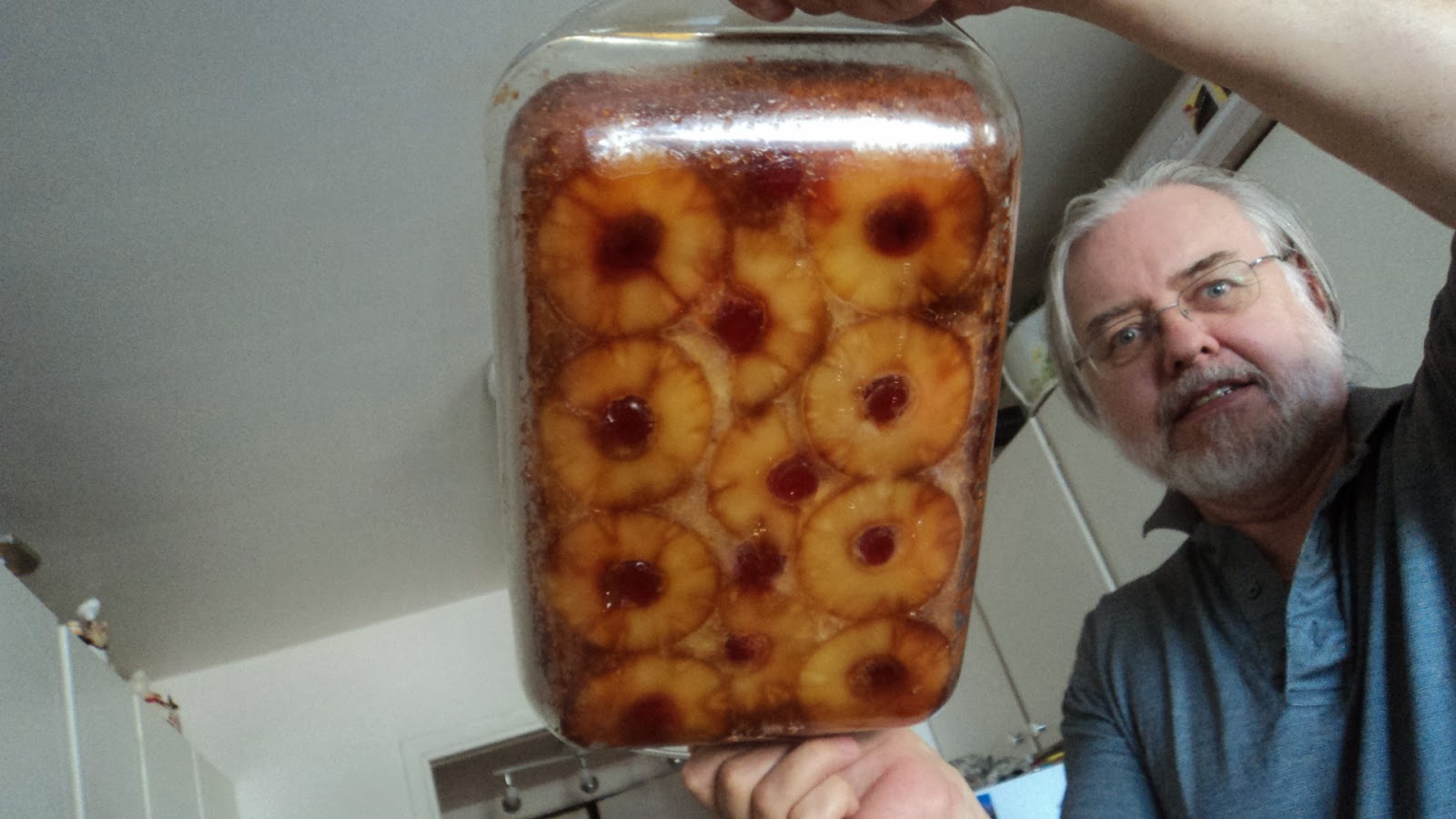 I think he's having a good birthday!!