Today was such a beautiful day that we decided to get going as soon as we could on a ride out of town.  It was a  short trip to the next town over headed East called Duncan.  Having lived in the Lawton area for 18 years, I had frequented Duncan quite a bit, but had never gone from one end of the town to the other.  So, I was looking forward to seeing what I may have missed all of those years.  But first things first.

I was given an early Christmas present by a fellow rider who told me that I didn't have to wait until Christmas to open.  So, I thought "today is the day I will open it"!  And here it is. 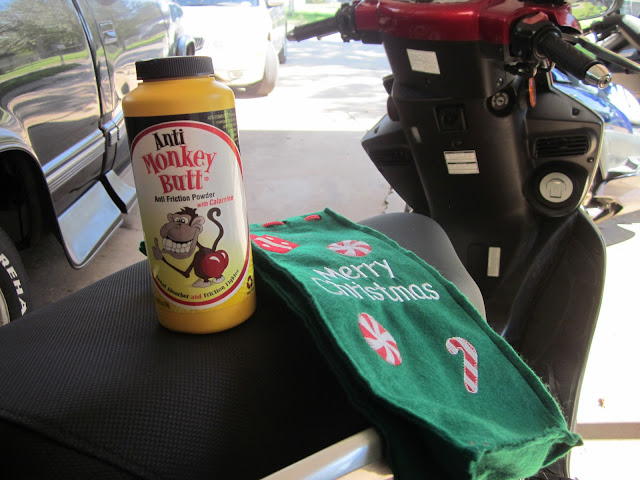 Scootard was getting things ready to roll out of the drive way while I finished getting my gear in place... 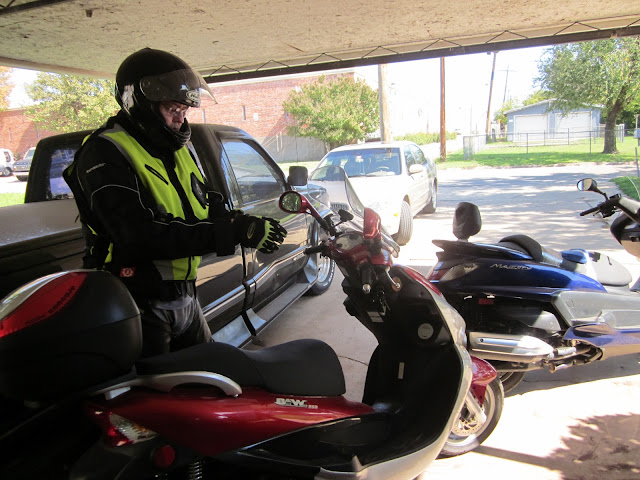 ﻿
After we got everything ready to go we started out on our ride.  The sun was shining and it was very warm outside.  I think it reached 88 degrees (31 degrees celcius) and I was baking in my gear.  I had to adjust my vents on my sleeves to keep from roasting.  The road was long and.........well......like this; coming and going.... 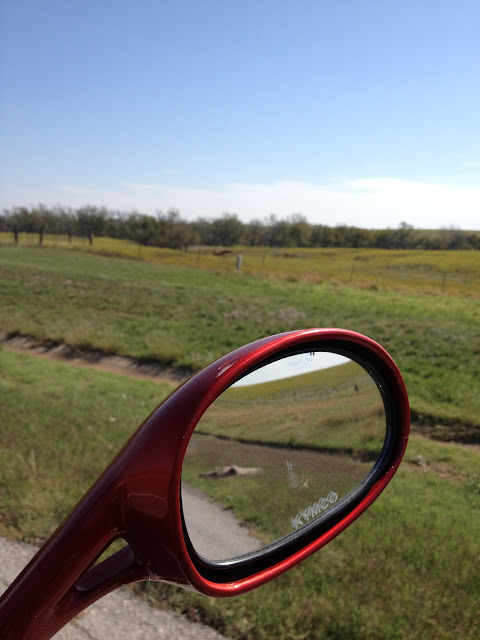 We took a small break just to give ourselves a slight break from the heat, but it seemed to get worse the longer I sat, so we took off again.﻿ 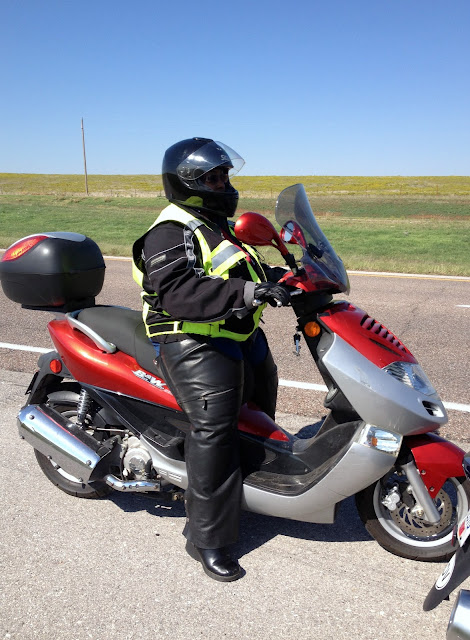 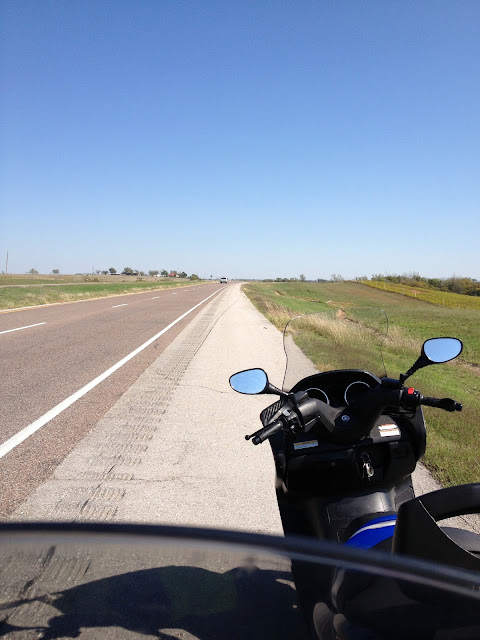 And we finally made it to Duncan and decided to ride down the main street and find a resturant.....we saw this on the way.....:-) 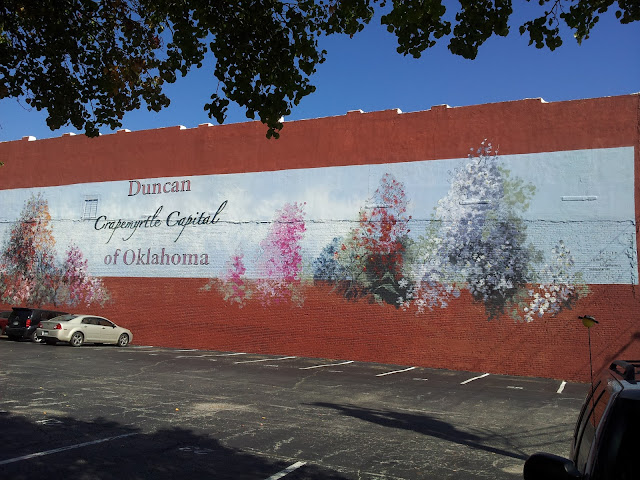 After riding through the main street and seeing NOTHING, we asked a lady that we passed about a place to eat and she told us we had to go back to the highway to find something.   So, we set off and found this little place......Scootard was ready to chow down! ha 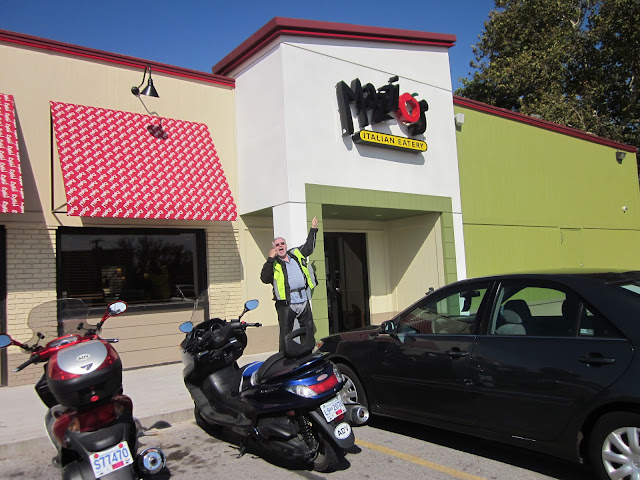 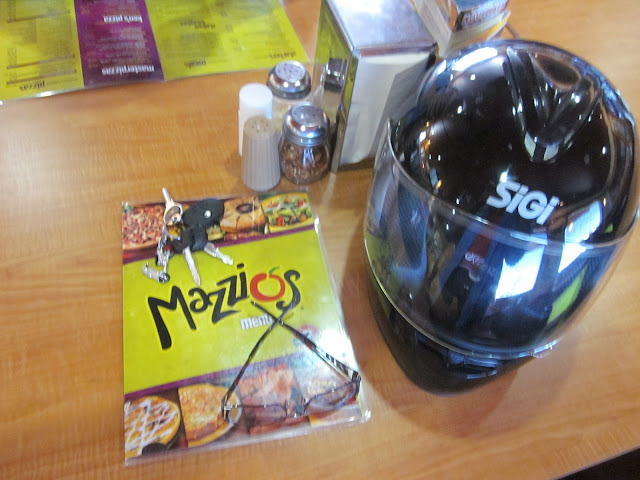 What we really wanted to eat was a "custom made" pizza.  So, we had to do some "schmoosin" with the waitress to get the special thin crust on the type of pizza we wanted. 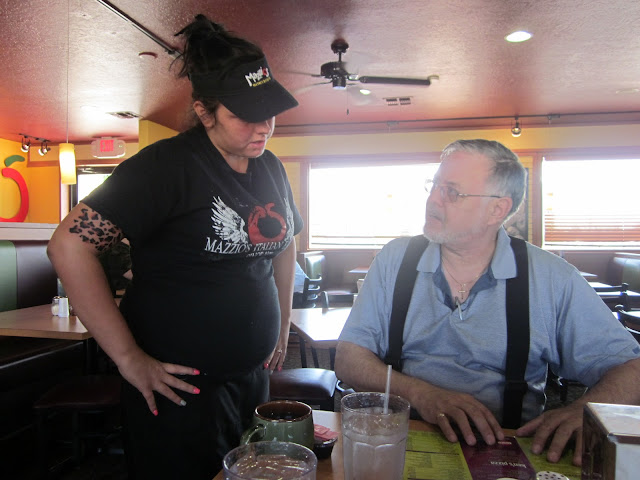 After placing our order we decided to get some coffee........big mistake!  We asked for cream and all they had was that powdered non-dairy stuff that makes you wonder what it really is.......:-(. 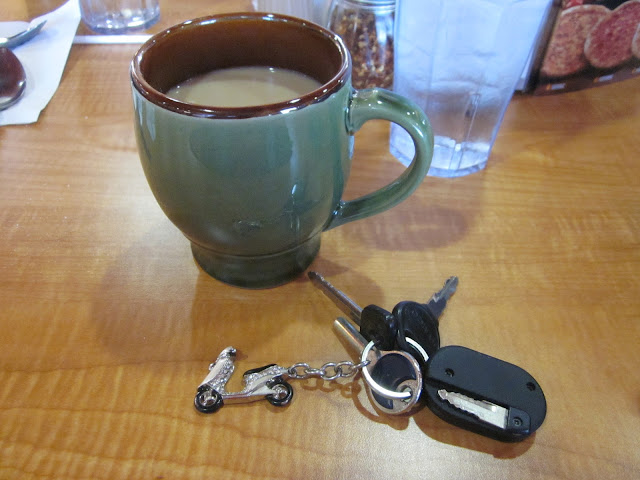 So, I decided I would just drink water and let them have the "alien" coffee drink. 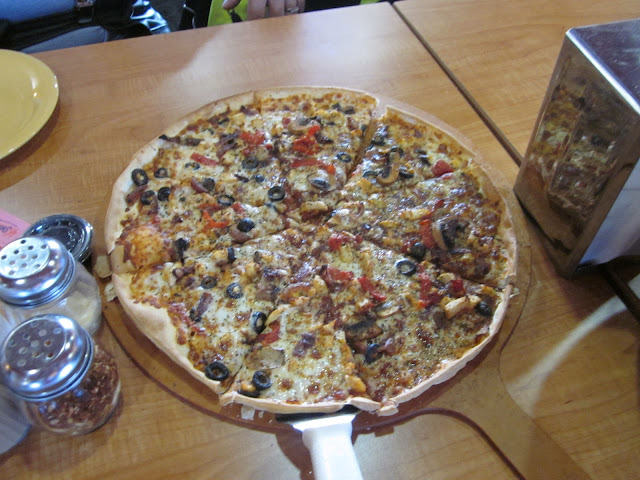 We had our lunch and decided to make the trip back to Lawton, so we got ourselves ready to go home again...... 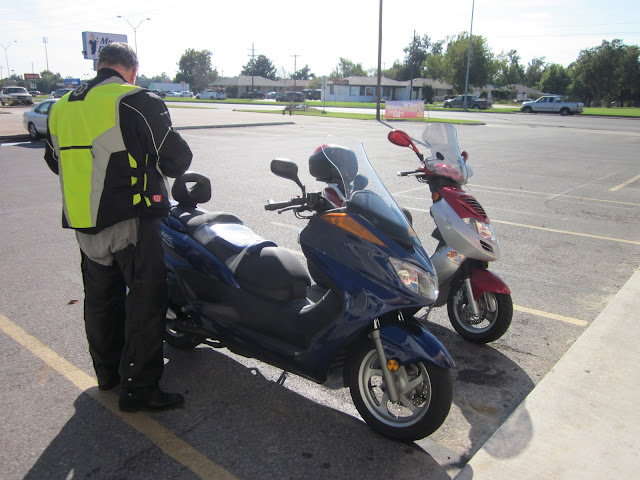 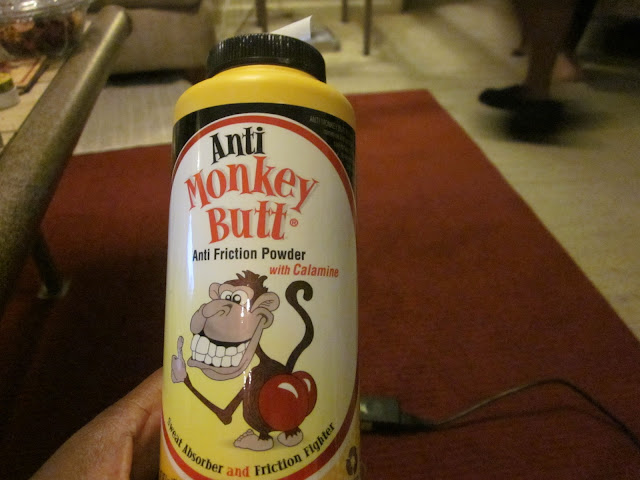 So needless to say, I was glad to get out of the saddle and give my "tender self" a rest! ha