As promised, today was a day of REST.  We woke up a little later than usual and had to decide if we were going to make breakfast or not.  Since the plan was to stay in the room today and repack our things, we decided to get the breakfast that was included in our hotel cost. 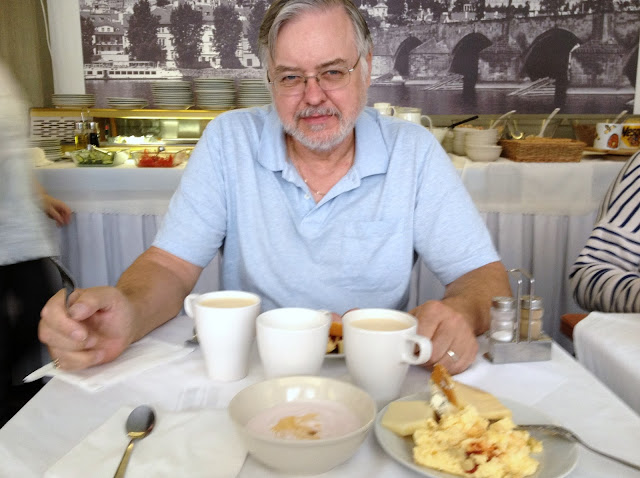 We came back to the room and Chris got on his computer to do some work.  I was exhausted and very sore from over use of my muscles and decided I was going back to bed.  So, that's what I did.  I slept for about 3 hours!  Woke up and was still sore.  Took some aspirin, went back to bed.  Next thing you know, it was dinner time!  We were going to walk to this little restaurant that wasn't too far from the hotel, but the sky opened up and didn't want to get soaking wet with my little cheapo umbrella.  I wish that I had kept the other one, but I wasn't willing to pay the freight for having an extra piece to check in.

We ended up going next door to the hotel restaurant and ordering something other than chicken wings.  I was burned out on that.  This is Curried mushroom tortellini with green onion and cream. 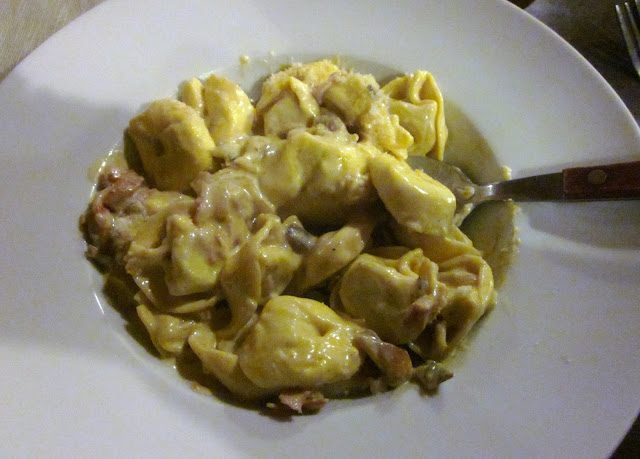 Chris ordered a pizza.  I helped him eat it so that I could see what a Czech pizza test like.....haha
The restaurant has a wood fired clay pizza oven and you can watch the guy make it right then and there.  It was very good and I'm not much on bread. 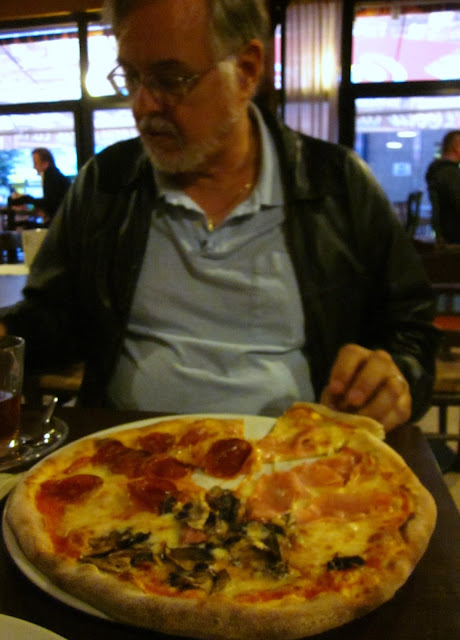 Of course, by the time we got finished with dinner, I was not going to take the plunge and do a desert.  Not so for the Scootard.  He went all the way in on this one!  He says it was really good. 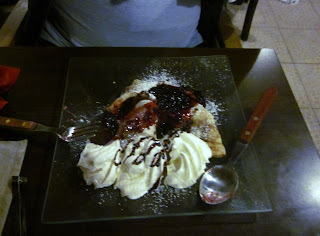 tomorrow is our last full day in this country before returning to the United States.  So, when we got back upstairs we dumped out our suitcases and started the repacking process.  It didn't take long since we now have yet another load of laundry and it is already in a plastic bag to be dropped off at a laundry after we get back. 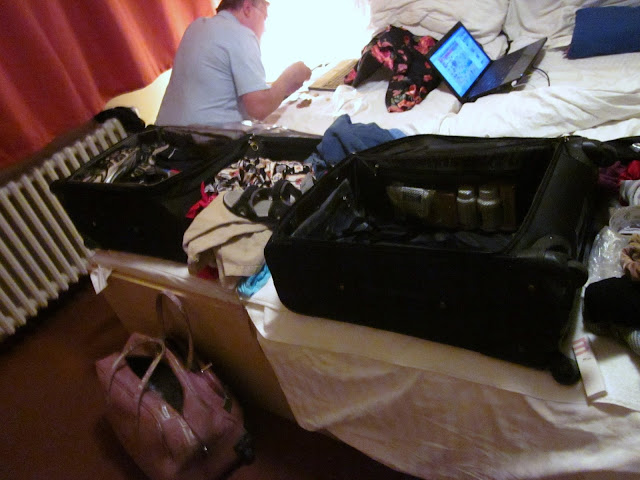 After taking care of the repacking, we settled in and listened to a radio broadcast that is hosted in Canada called The Vinyle Cafe'.  I had downloaded several programs before we left Canada. 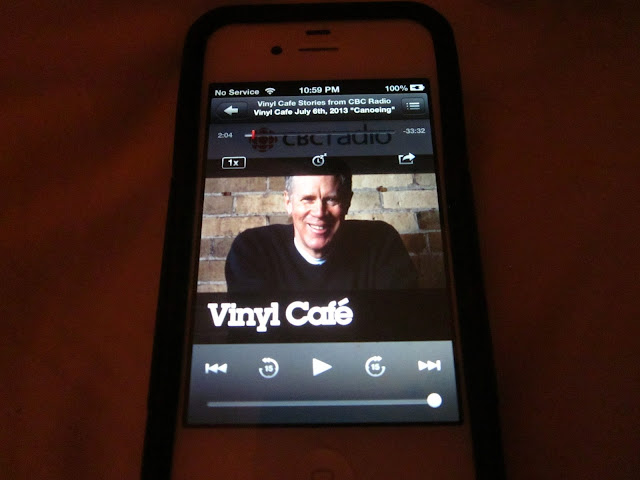