I made my own Washing Detergent!

I don't know about everyone else, but here in Canada it is not unusual to have to pay over $15.00 for a small jug of washing detergent.  We are trying to find more cost cutting ways to accomplish the same thing with the same quality of results.  I found a recipe on a website called Pinterest that has a DIY section.  I have modified the recipe to suit my own taste, but it is mostly in tact. I doubled everything except the washing soda because I ran out and the water because I wanted a more concentrated liquid.
Here is what you will need:

1. 2 bars of soap grated (any kind you want, but a "pure soap" is recommended for those who are wanting to be as organic as possible. I used Irish Spring original.
2  2 cups of Borax - (I used 20 Mule brand)
3. 1 cup of washing soda (baking soda that has been baked in the oven on 400 until grainy, crystallized and opaque in color.You can also buy it at some stores already made.
4. a big pot ( that holds more than 2 gallons)
5. a grater- be sure to use a grater with a fine end as this will make it easier to dissolve in the water.
6. a funnel
7. a long spoon
8. 2 empty gallon jugs/containers 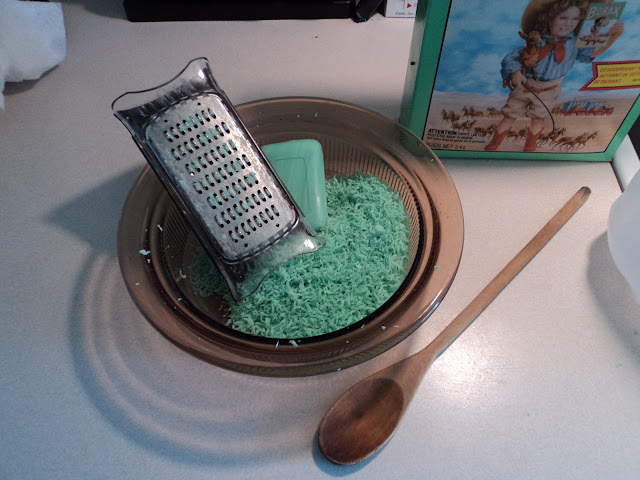 I used this brand of Borax.  I'm sure borax comes in other brands as well.  This happens to be what we had on hand. 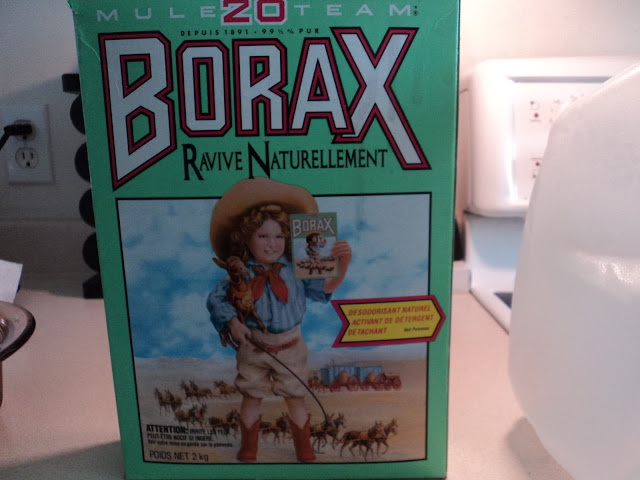 I decided to run the Borax through a sifter to get the lumps out.  It is often damp in BC and things like this clump up at times. 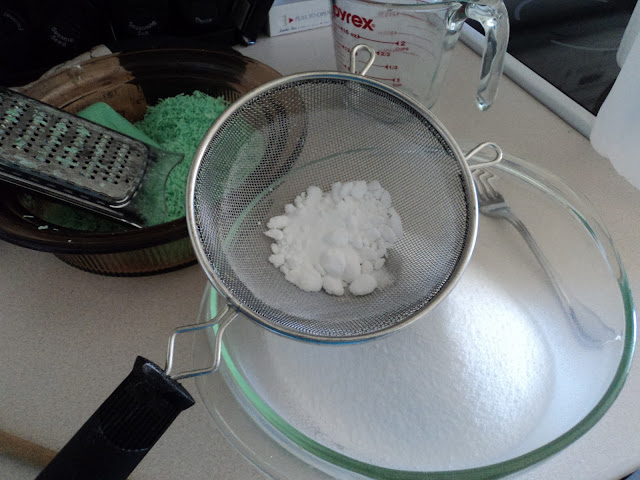 Since I didn't have washing soda on hand, I made it myself by spreading a full box of baking soda. 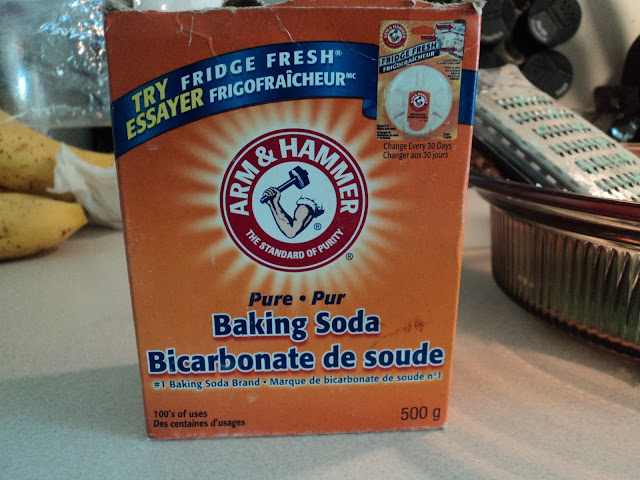 To make "washing soda" place the baking soda on a cookie sheet and bake it in the oven until it is grainy and  slightly tented in color.  The original recipe said about 30 minutes.  But I think it depends on your oven.  I took mine out at the hour mark after checking it several times and stirring it. 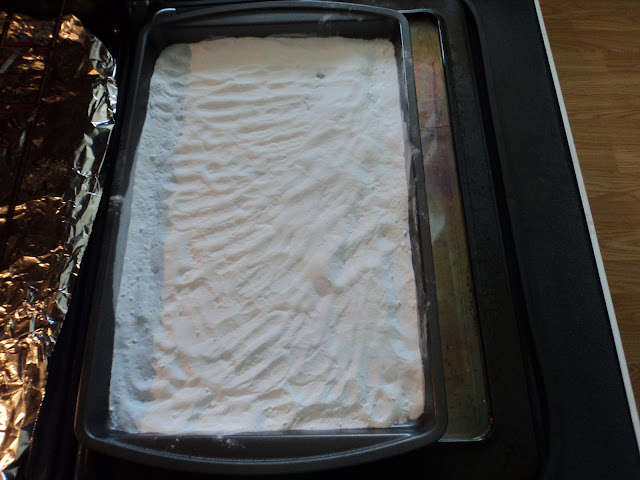 I am recommending this step next for those of you who choose to use soap other than "pure soap".  What I found was that some of the soap did not dissolve well and had to be skimmed off the top of the pot and put through the blender to make it smoother.  I don't know if you would have this problem with all natural soap as this is the first time I have done this. At any rate, it only takes a minute to do. 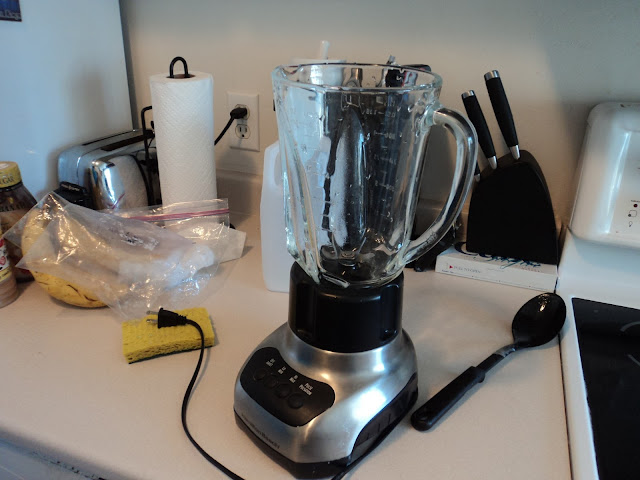 Using a large stock pot, take the soap mixture and stir it into the pot with the rest of the water, the borax and  the washing soda.  Heat your water on the stove enough to dissolve your ingredients making sure to stir frequently with your long handled spoon. 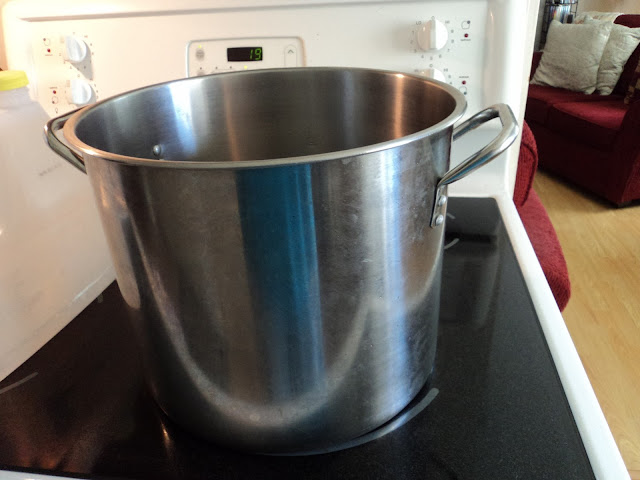 I didn't have two gallon jugs.  So, I washed out a half gallon jug of milk and a half gallon jug I had of canola oil.  Be sure to wash well so that you do not have food residue in them.  You can also buy whatever containers you desire to use.  Be sure that you jugs are leak proof!  Scootard retrieved a jug from our trash can that had been recently crushed and it had a small hole in it!  Yikes!!...haha.  I had to find another jug!  By the way, I used these same containers to measure out my water and poured it in the pot. 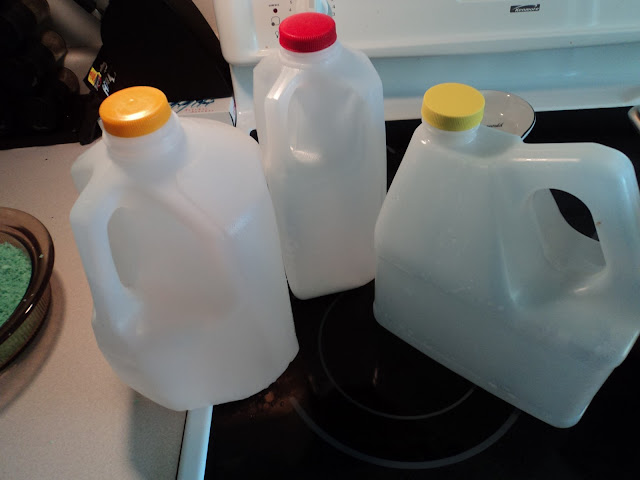 Stir everything together and let it cool before transferring to the containers that you will use to store the mixture. I used a measuring cup  with a spouted tip to dip into the pot with and a funnel to cut down on wasted or spilled liquid. 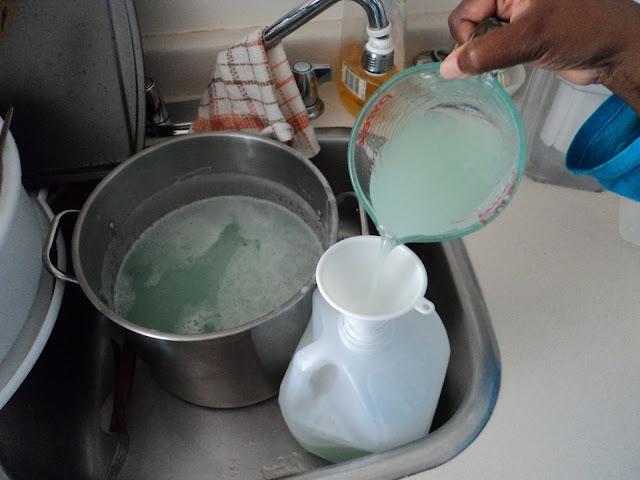 Clean up the outside of the containers which are probably slippery by now with soap. 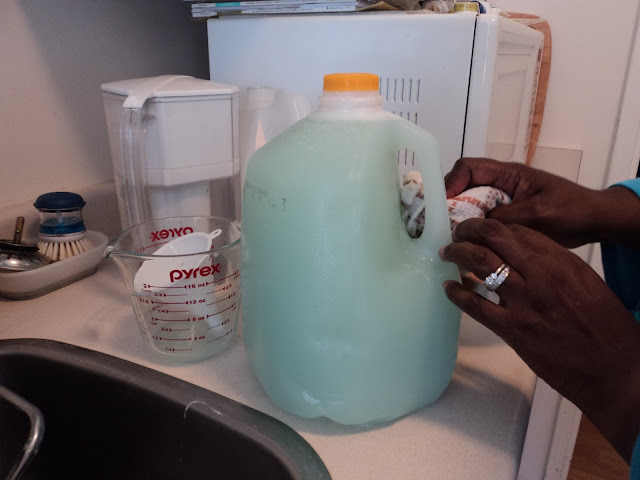 Make some labels for your containers to keep other family members from accidentally ingesting the liquid.  It may look like some kind of a cool smoothy to kids! 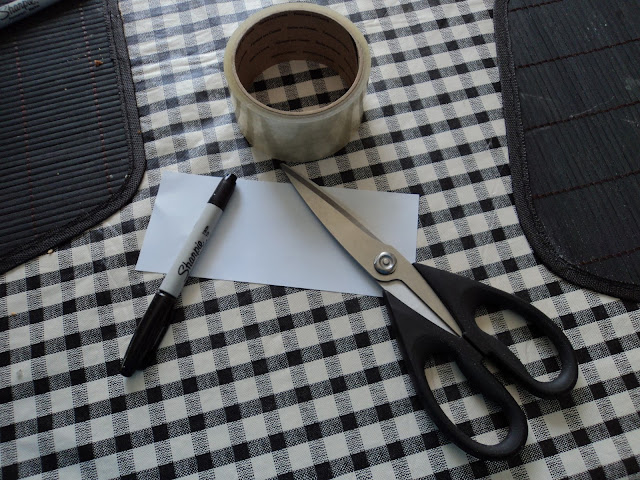 Use approximately 1/2 – 1 cup per large load (depending on how dirty the clothes are! You can also make it more concentrated by slightly reducing the amount of water you add to it. This mixture does not make a lot of suds, but is said to be very effective.   However, If you are using a front loading machine, you may have to reduce this amount a bit to avoid a "white out" in your laundry room!
Store it with the rest of your laundry stuff....:-) 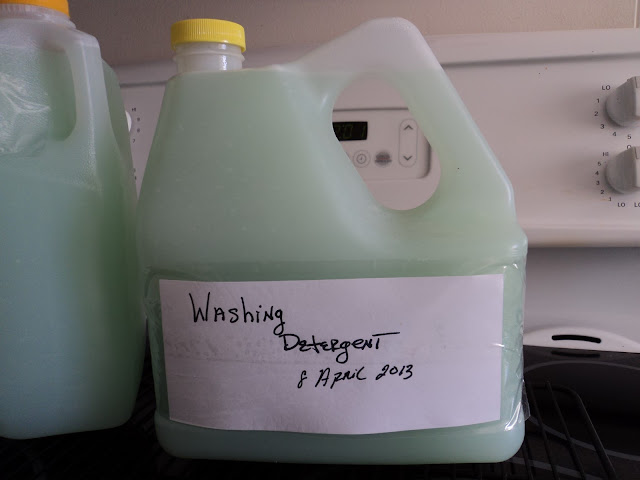 If you are a powdered detergent user, you can also make a DRY version of the exact same soap.  is This is a  recipe found at LittleHouseInTheSuburbs.com:
Powdered Laundry Soap:2 cups finely grated soap (Ivory, Fels Naptha, Zote, homemade, or a combination)1 cup borax1 cup washing soda
Mix and store in a container or whatever you have. Use 1-2 Tablespoons per load.  Since there is no water added…it is very concentrated and you hardly use any per load!


Once you are finished making your detergent, sit down and enjoy a nice snack for a job well done! 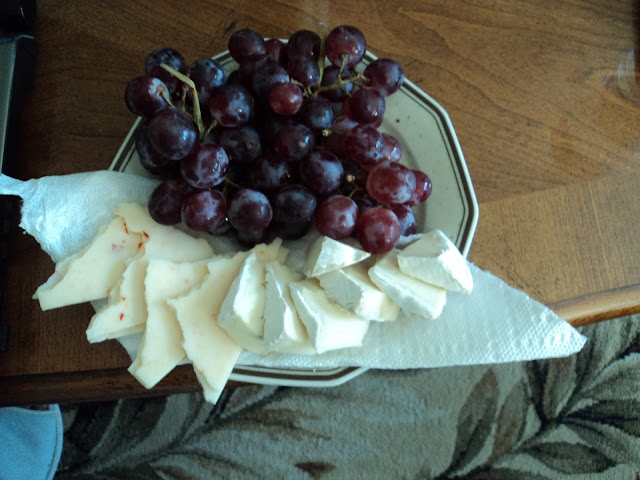 And let me know if you try it and how it works out for you!
see ya next time!