Pressed Down, Shaken Together And Running Over!

I have been amazed at how many of the gardeners in our complex have grossly neglected their garden areas.  Some of the vegetables that they have so painstakingly planted in late Fall/early Spring are literally rotting on the vines or on the ground itself.  I just shake my head every time I go down there.

I sent a note to the online forum that the gardeners set up early in the year letting them know that their food is going to waste!  What a shame...:-(.  I received a note back from some of them telling me that they didn't have time to deal with it and to please take any thing and everything we wanted!  One lady said, " I have a lot of Swiss Chard, but I don't like it!"....  My question was, well, why did you plant so much??  Her answer- "I like the way it looks! Please pull it out and use it if you like it!"  ...... haha.  So, Chris did just that!


It turns out that we had a whole bath tub full of Swiss Chard! 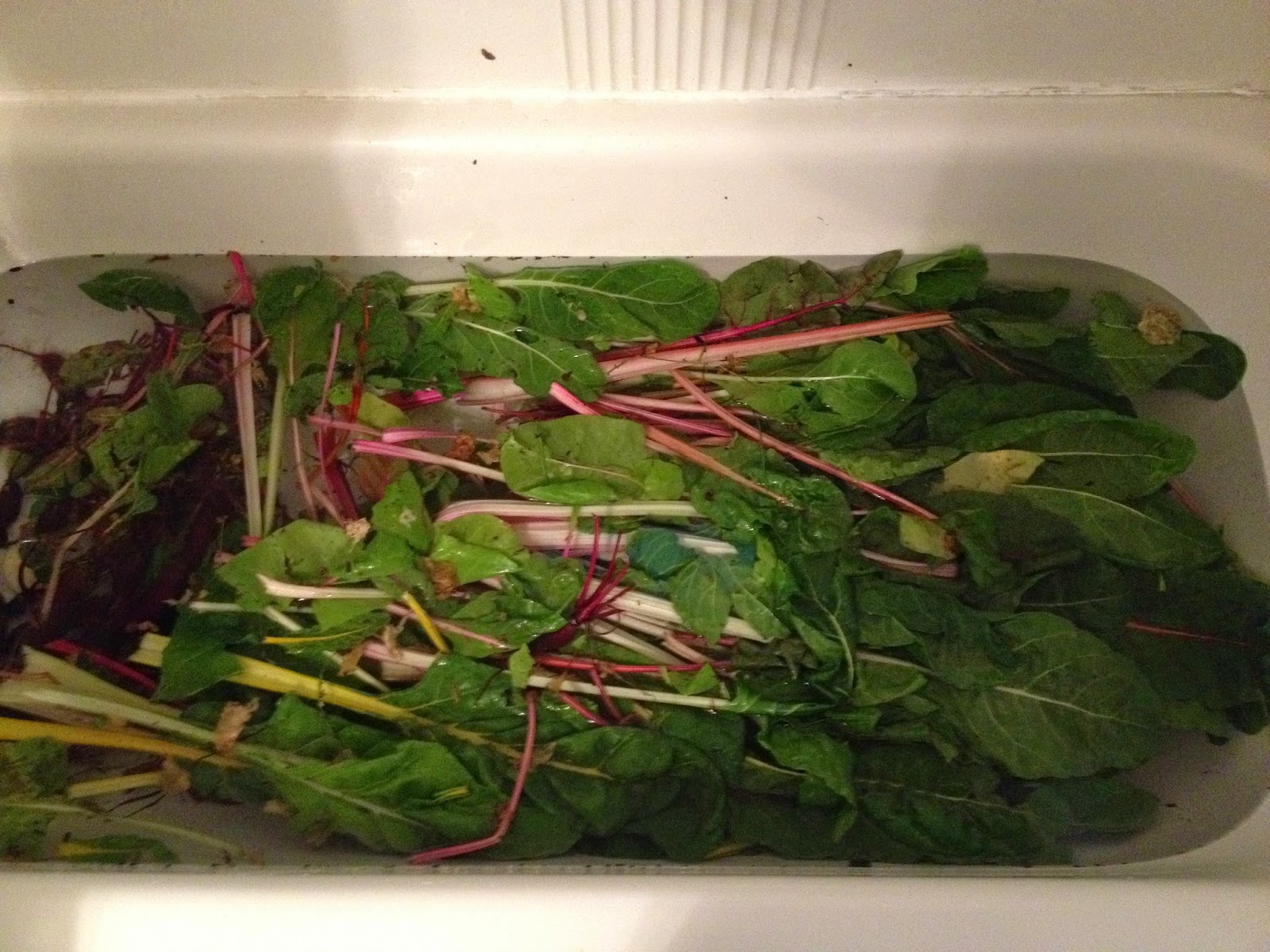 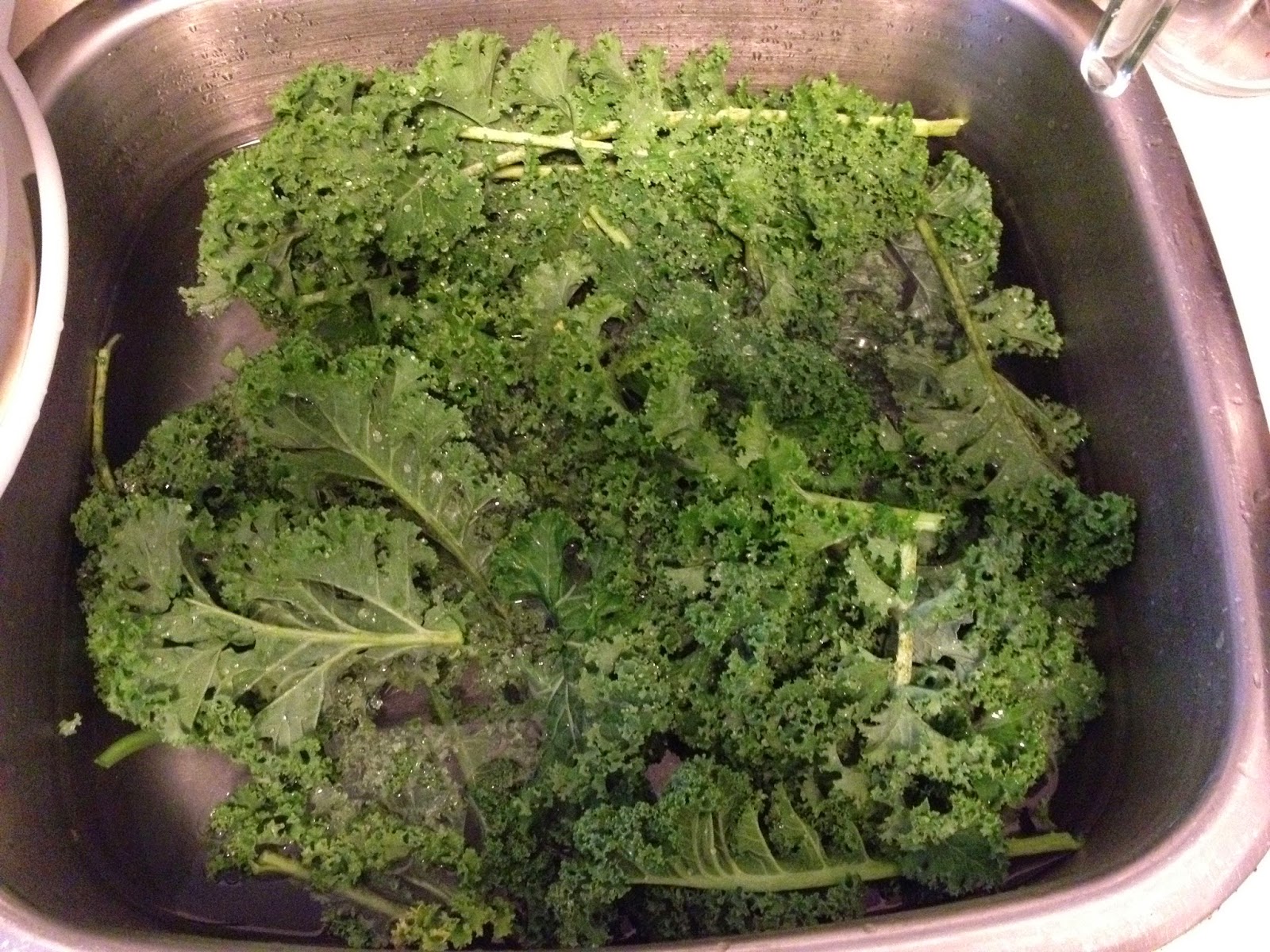 An abundance of beets that had to be dug out from under the Swiss Chard in the bath tub..... 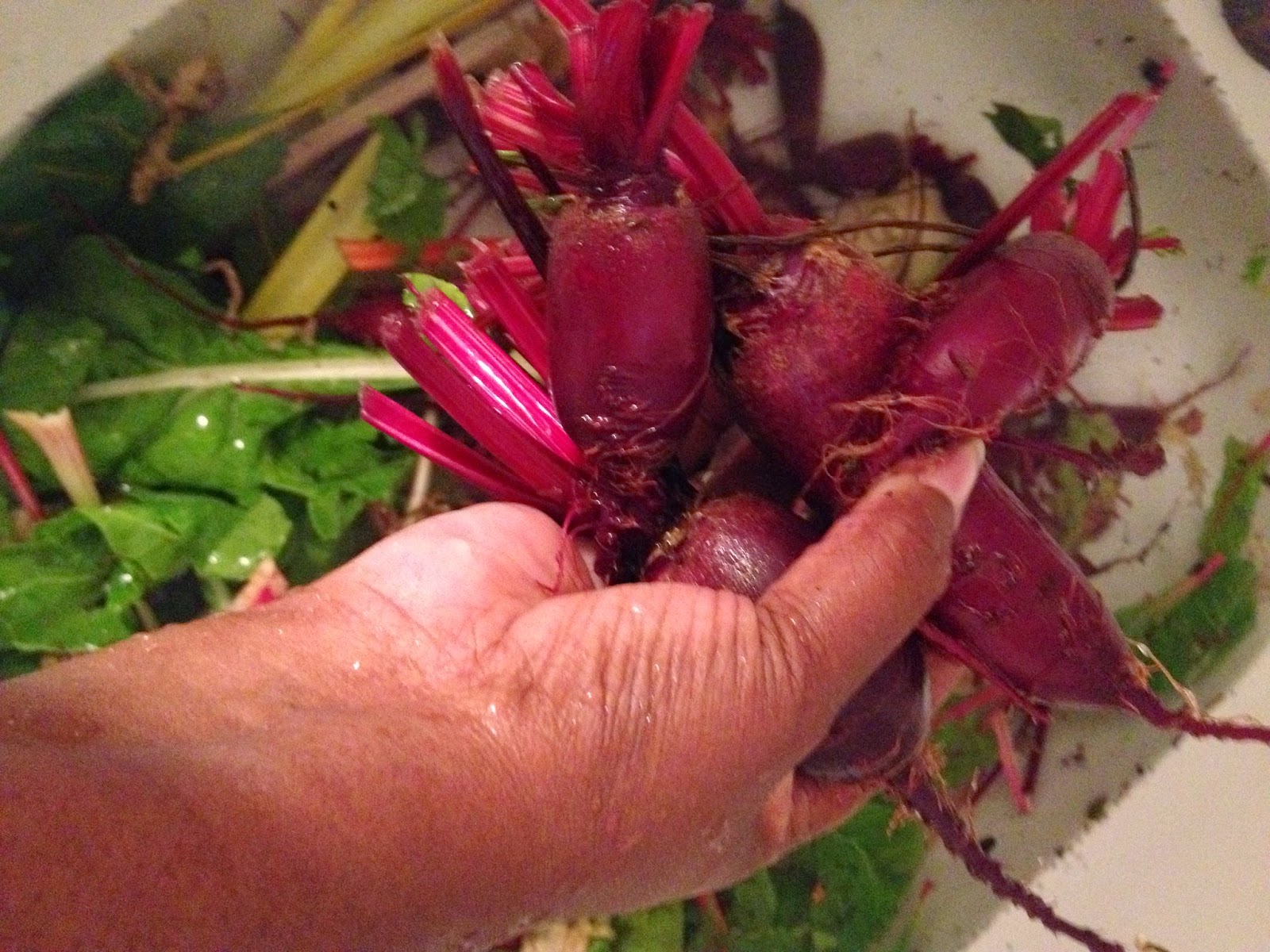 These are they......Unfortunately, it was a "rescue" of sorts as the beet tops had to be discarded.  They had turned yellow already. 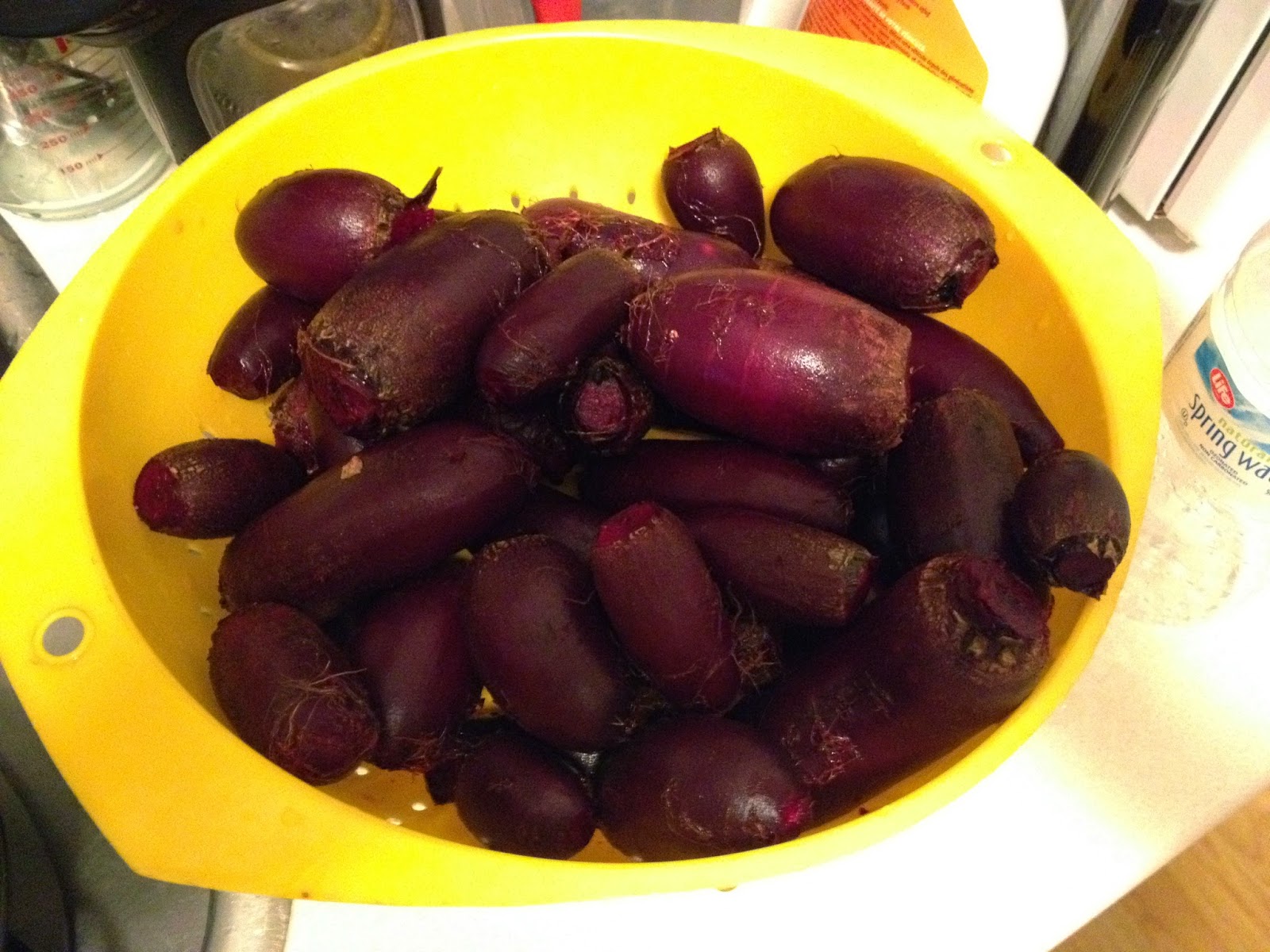 And a lot of cooking to do since there was yet again little room in the freeze to store anything! Chris took about an hour separating the leaves of the Swiss Chard from the stalks while I stood at the kitchen sink doing the same with the Kale. 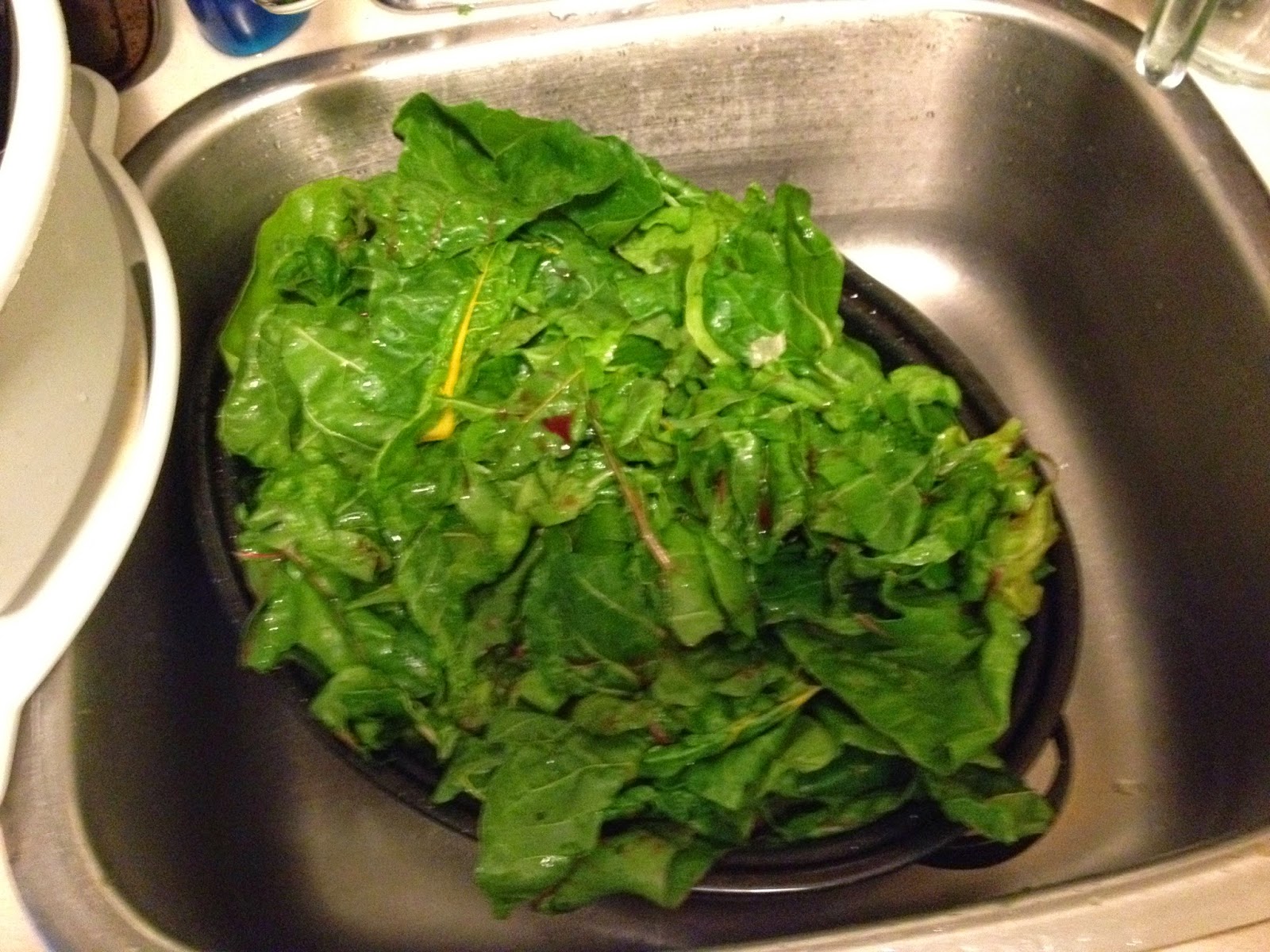 I rough chopped the stalks and divided into two bags.  One to use later in a soup or bisque and the other to use with a roast....:-). 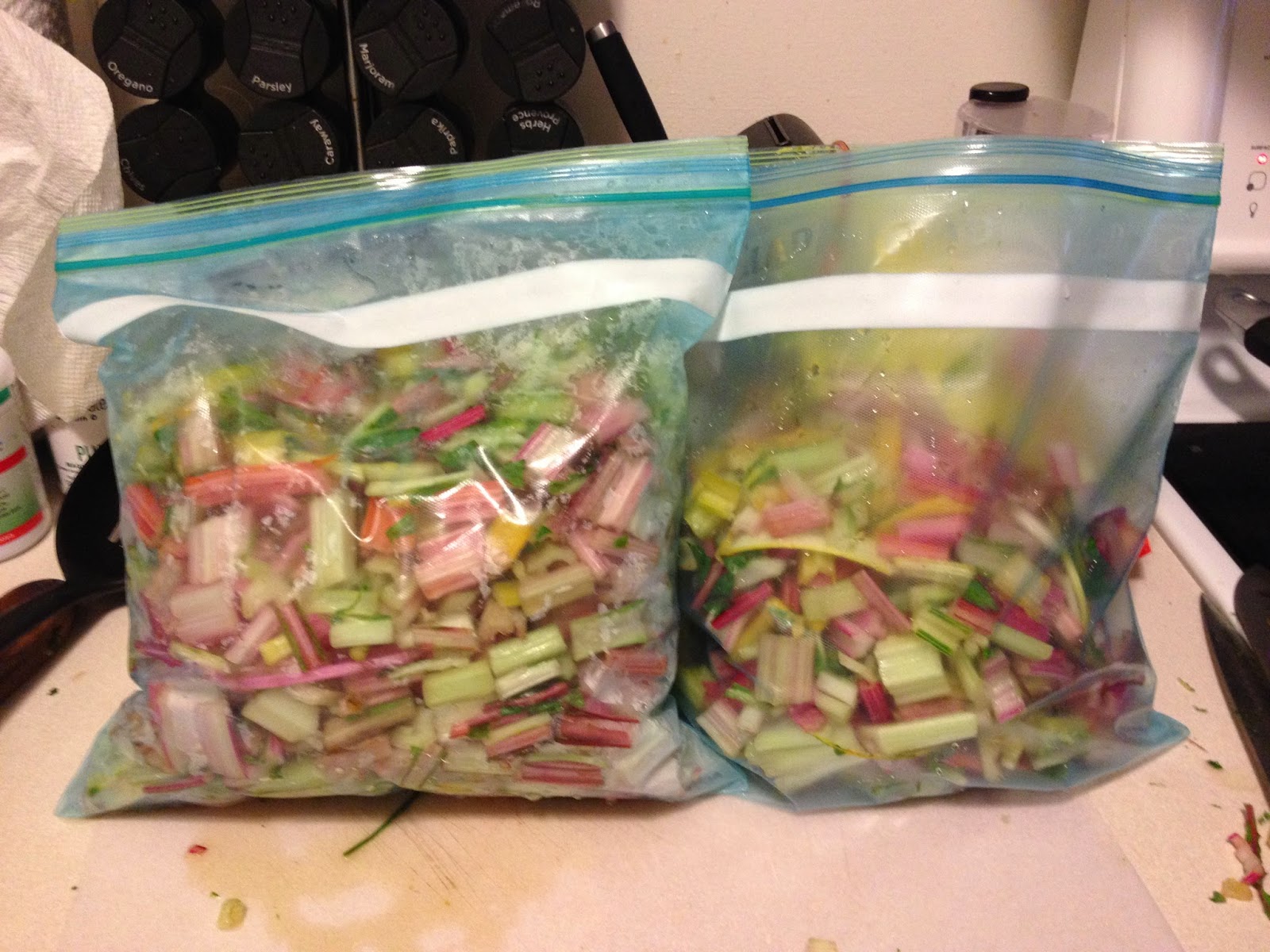 But reserved quite a bit of the stalks and sauted' it with onions and garlic while the Kale cooked .  I later added it to the pot and dumped in the Swiss Chard..... 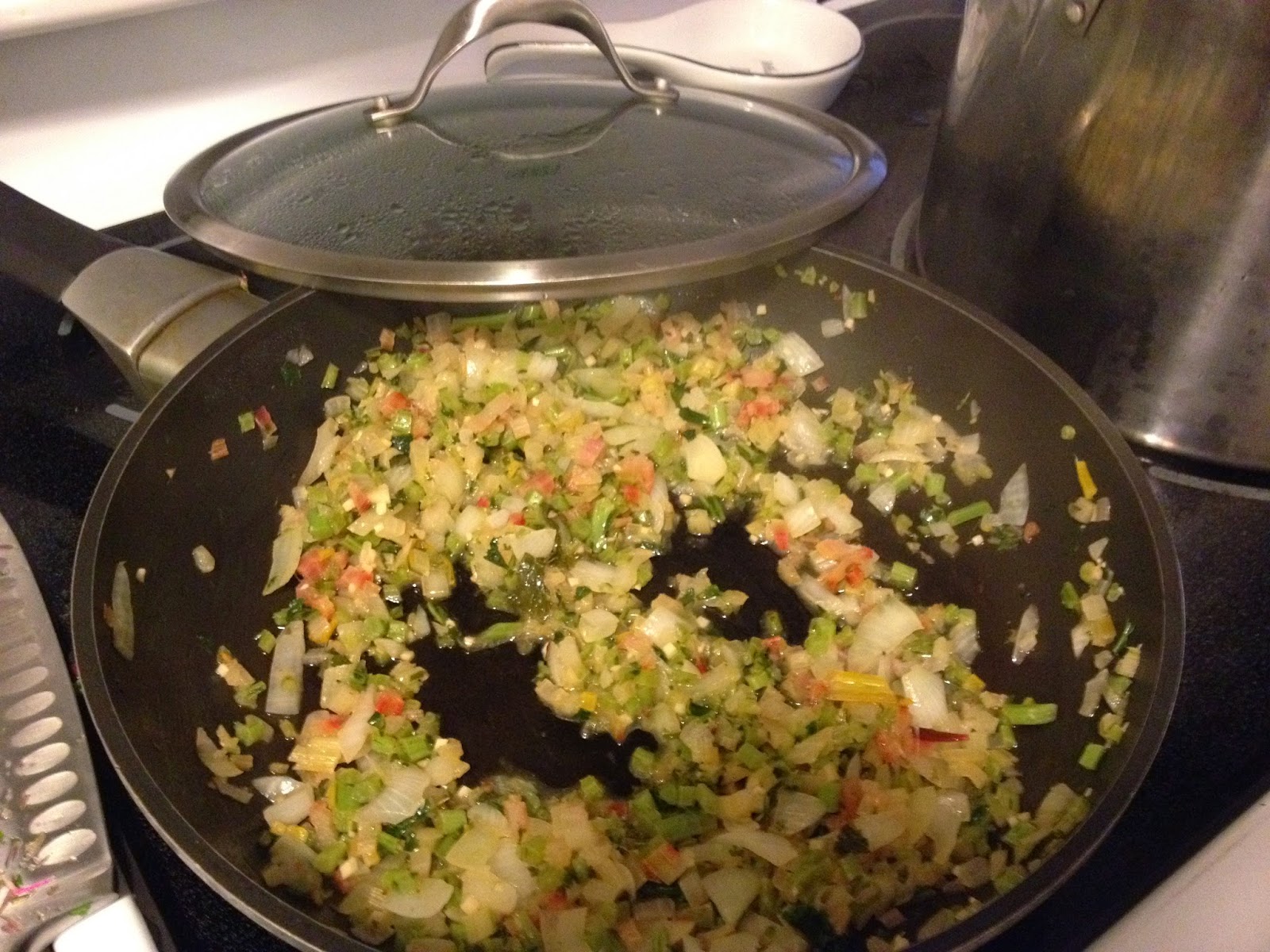 and Presto!  Cooked greens that taste just like Collards.....:-).  The pink stuff is ham for those of you who enjoy meat. 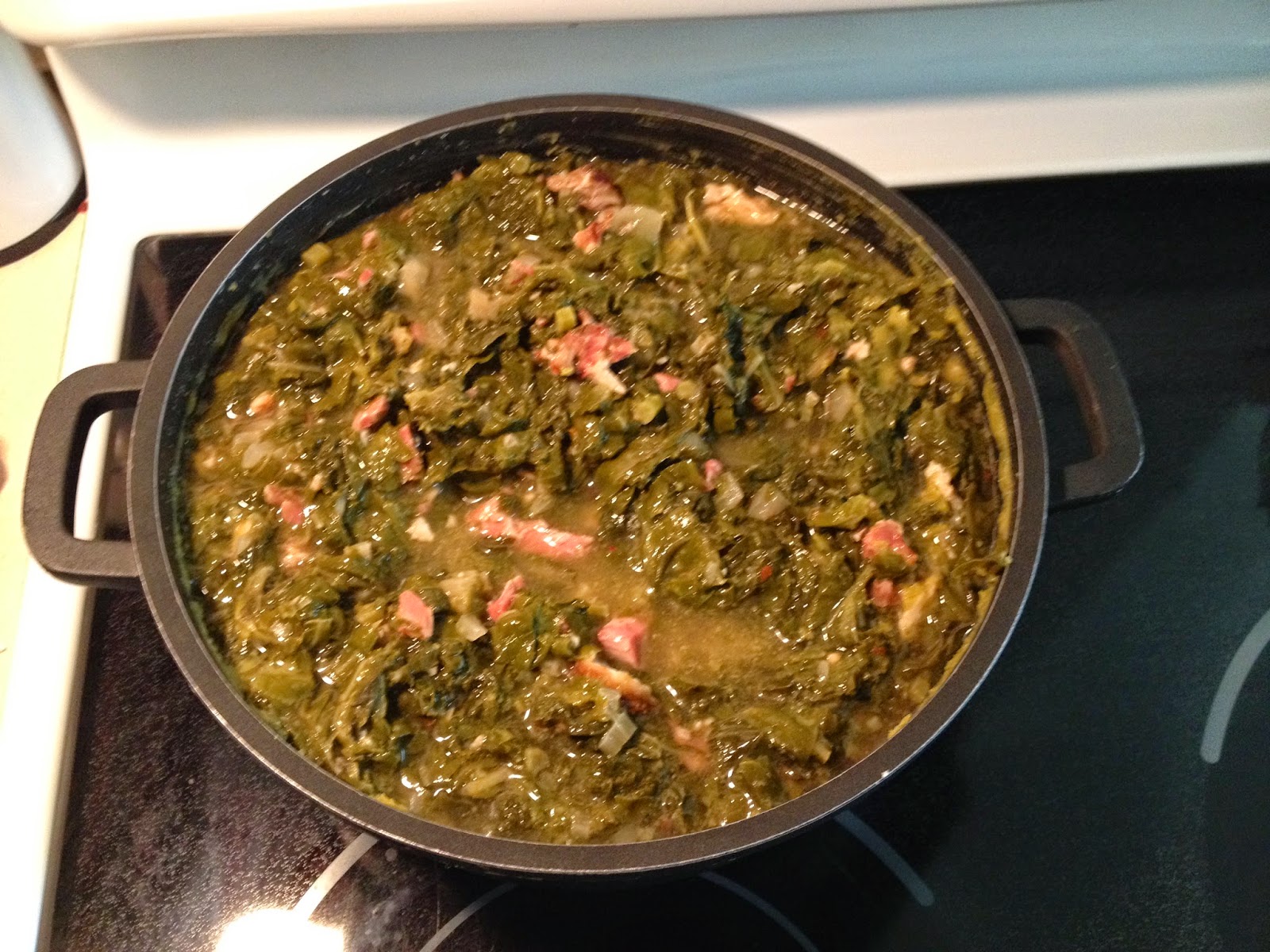 Our tomatoes are ripening, but not at a very quick pace.  These are a few that were pulled from the vine.  They taste so much better than the store bought kind.  I never liked tomatoes as a child because I found them to be a tasteless mess in my mouth....But these....well now; these are a different story! 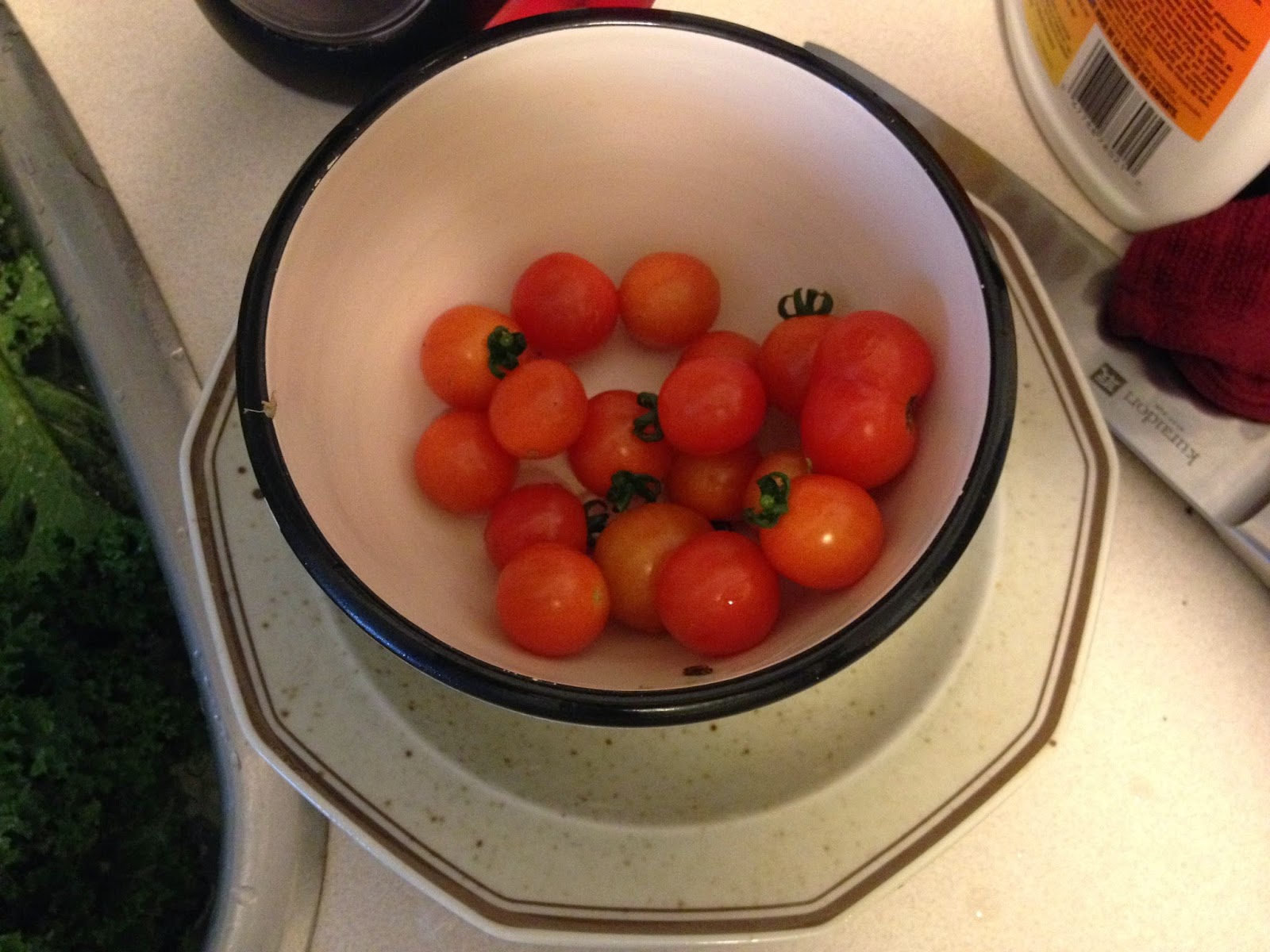 Yep, I am a living witness of the truth of this principle: Give, and it shall be given unto you; good measure, pressed down, and shaken together, and running over, shall men give into your bosom. For with the same measure that ye mete withal it shall be measured to you again.  Luke 6:38  in the Bible is where this principle is found.

Chris and I are big givers and we enjoy giving when we can.  I guess it was time for the principle to work in our favour.....:-).