You would think that a person would feel so much more secure riding in a "fish bowl" called Grace.  However,  that has not been the case.  You see EVERYTHING from a totally different perspective!  This morning we ate breakfast and decided to head out since we didn't know what time check out was.  It was 10:30 when we left the camp grounds. I was grooving with everything and then........ 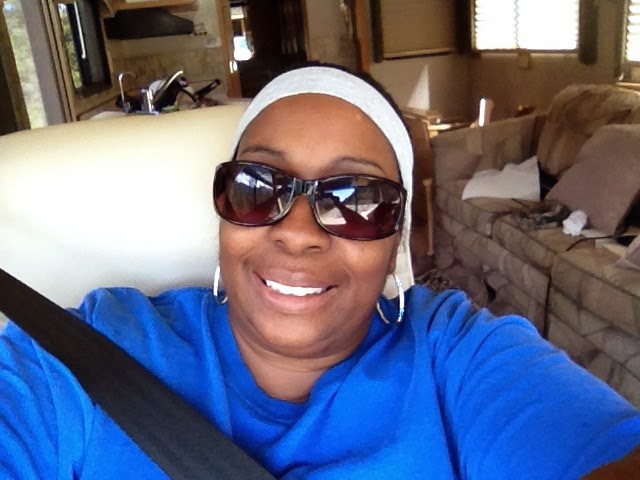 I saw the tree lines and the narrowness of the path.  Getting OUT was what I would call one of those unforeseen challenges. The road (in my humble opinion was too narrow and the trees much 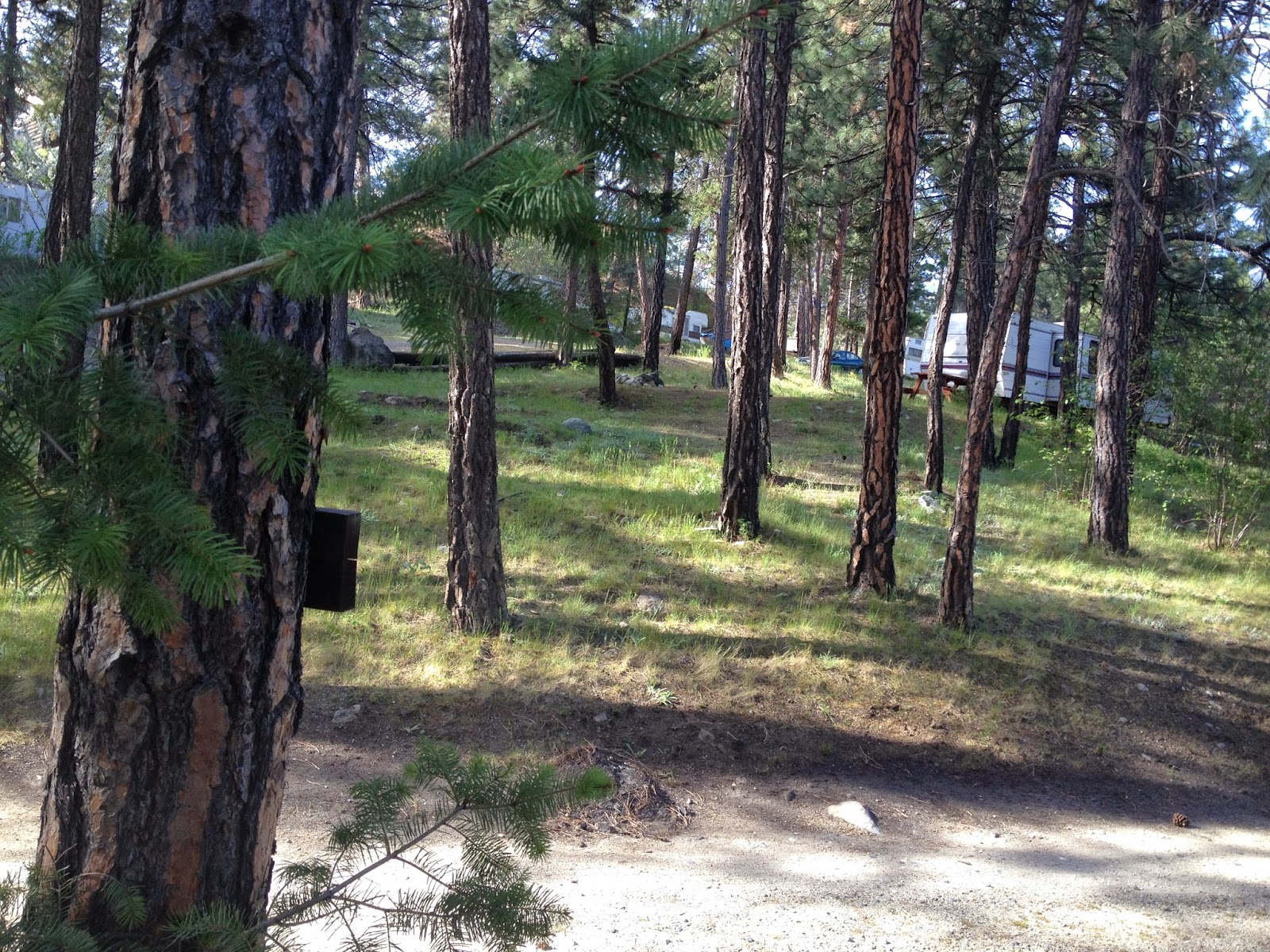 hahaha.......I'm laughing now, but I was not then!  Oh yeah, he was laughing at me scream about the tree that seem to narrowly miss the co-pilot mirror! 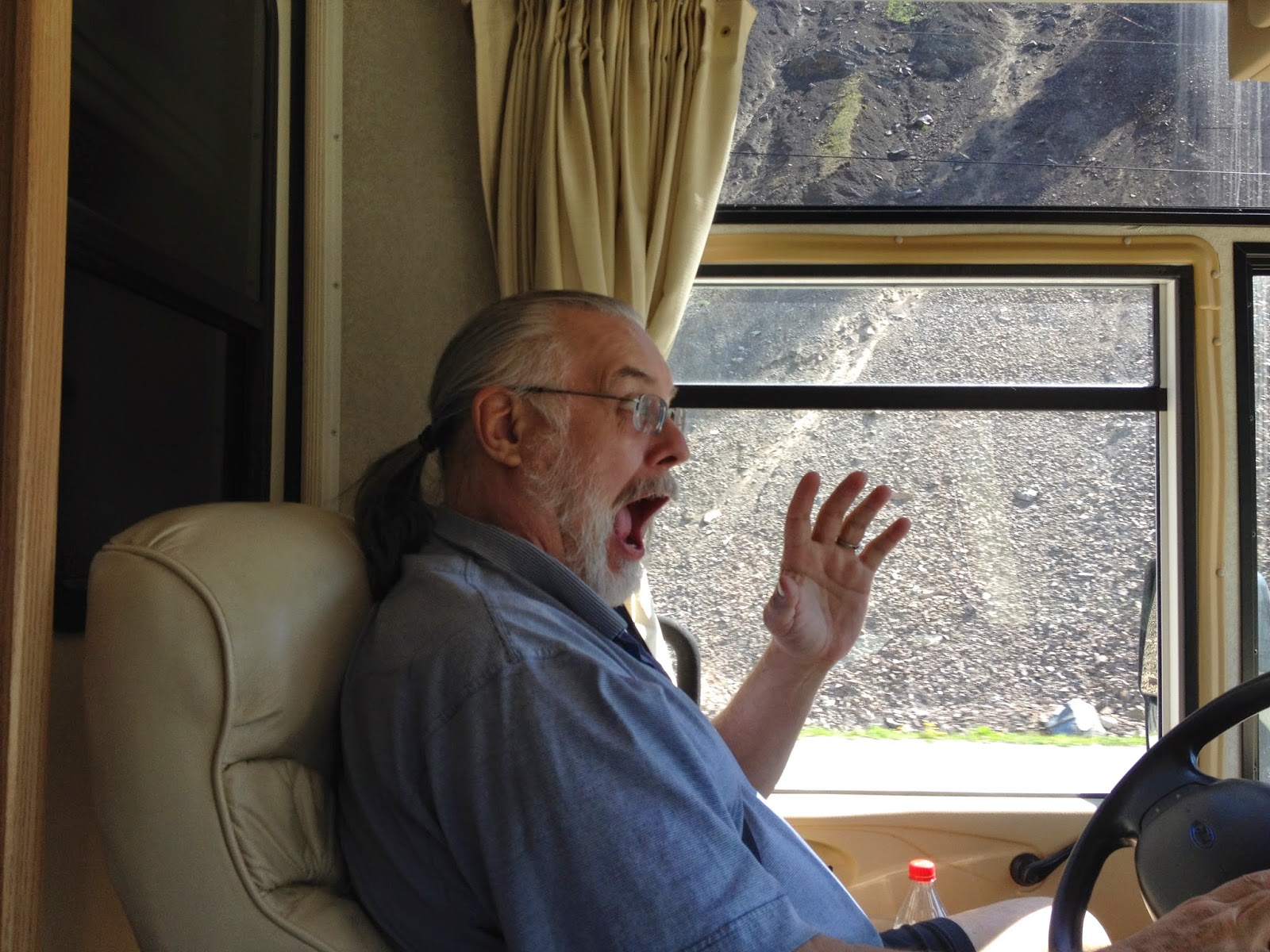 I was every so happy to be out of there and back on the road again...:-) 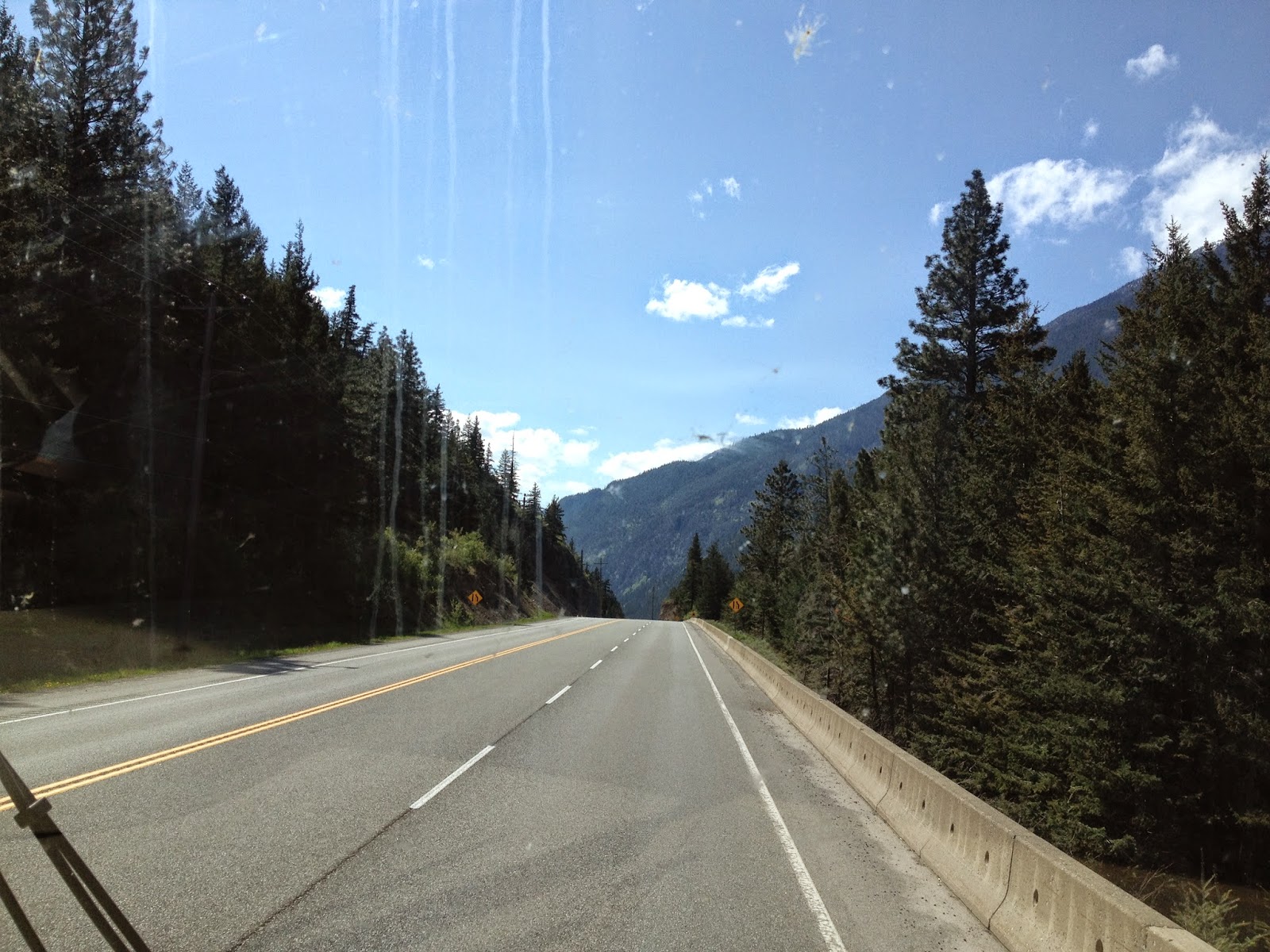 Right around 3:30 or so we were getting hungry again and decided to stop here for lunch.  They had a sign posted asking that you limit your stay to 8 hours.  It would have been nice, but we decided to keep moving after lunch since we needed to refill our water tank, get gas and propane. 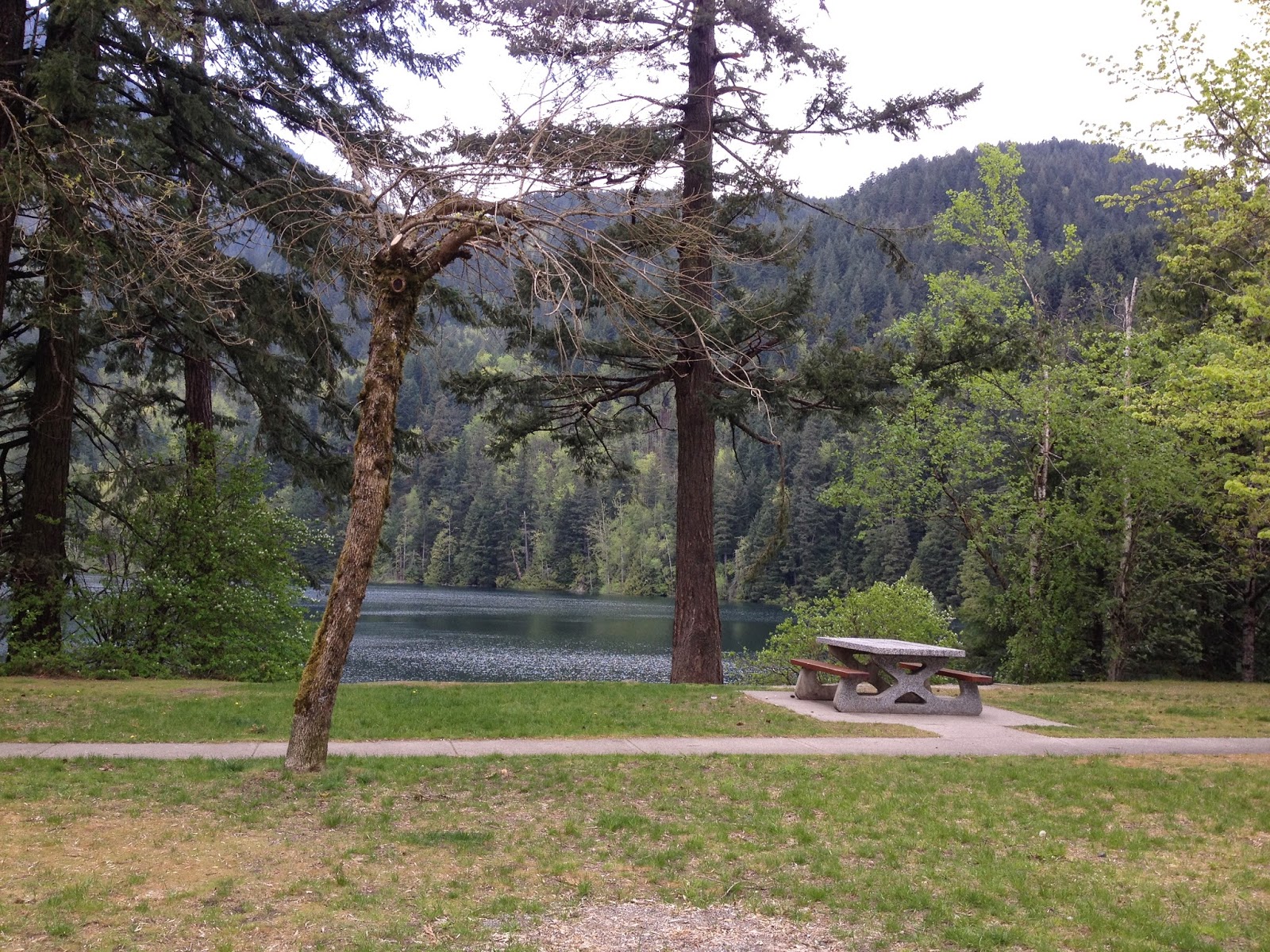 It if had not been for those things, we could have boon docked there for a bit.....:-) 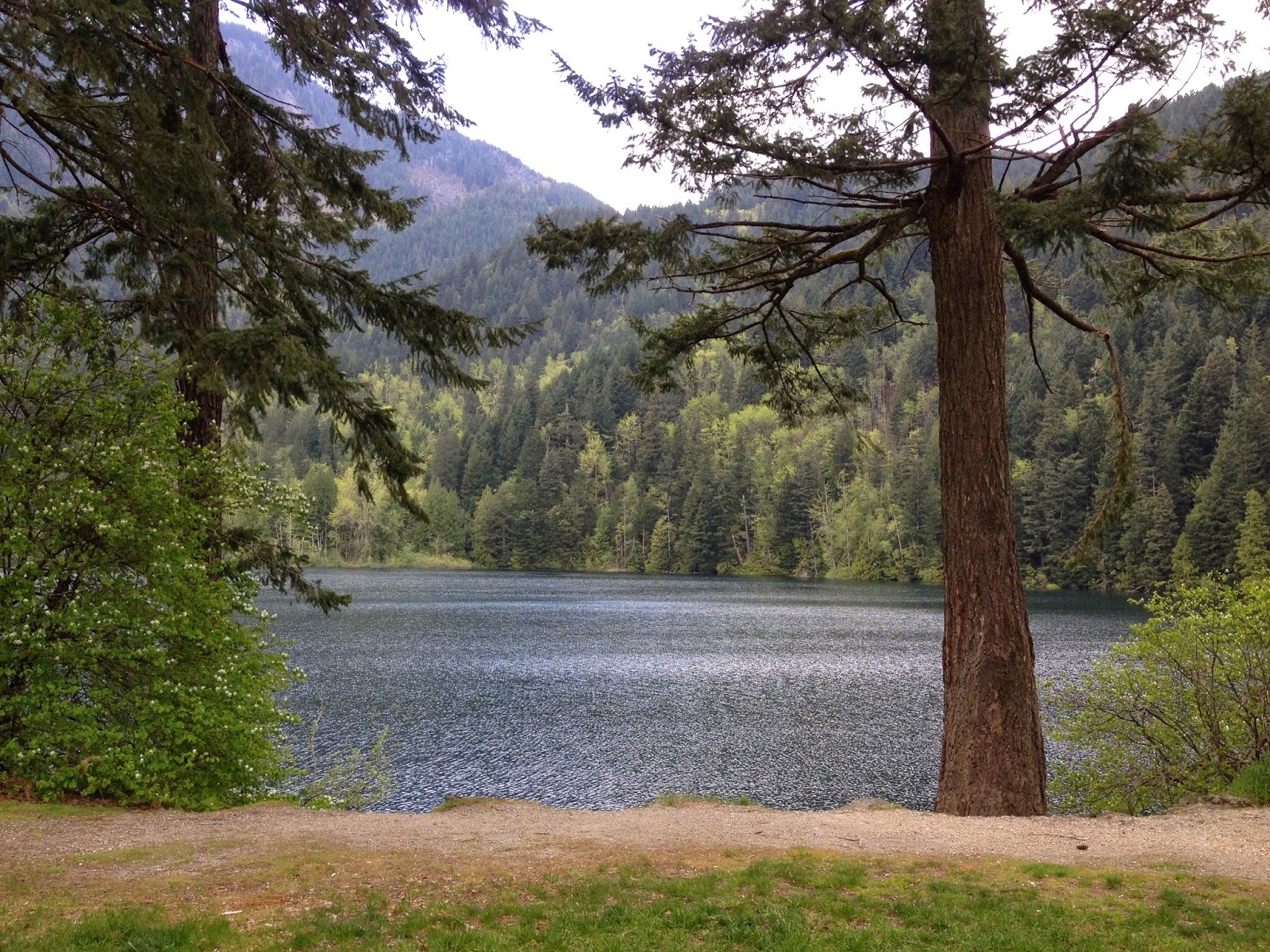 by the way, in case I failed to mention it, this is the model of our RV. 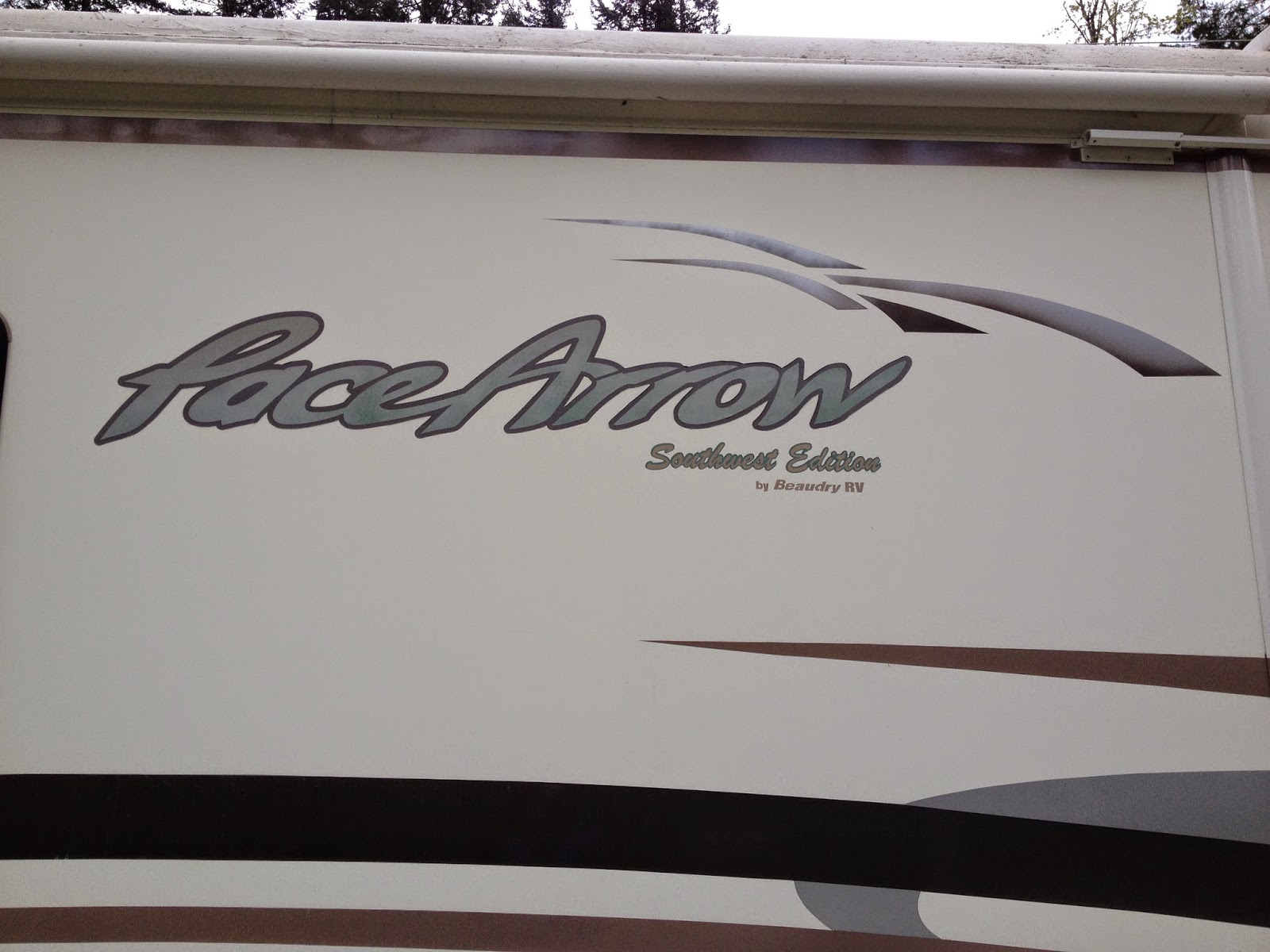 the closer we got to the coast, the more ominous the skies began to look.  But at least the mountains were still as majestic as ever....:-). 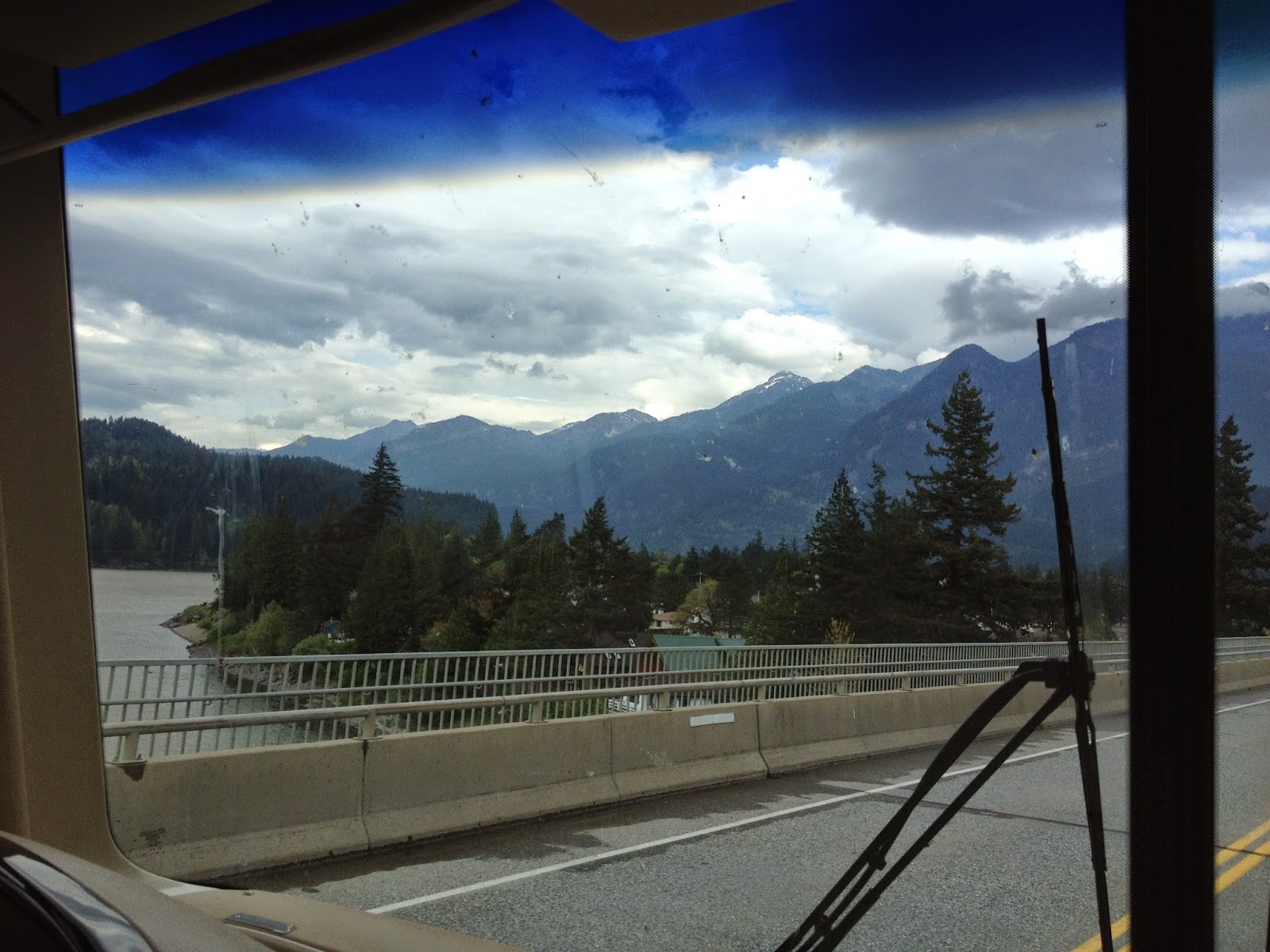 Several mile later, we stopped and got the gas that we needed.  However, this business did not have any propane to be heard of.  We had to find some somewhere as the temperature was dropping and we knew we would be using the furnace tonight. 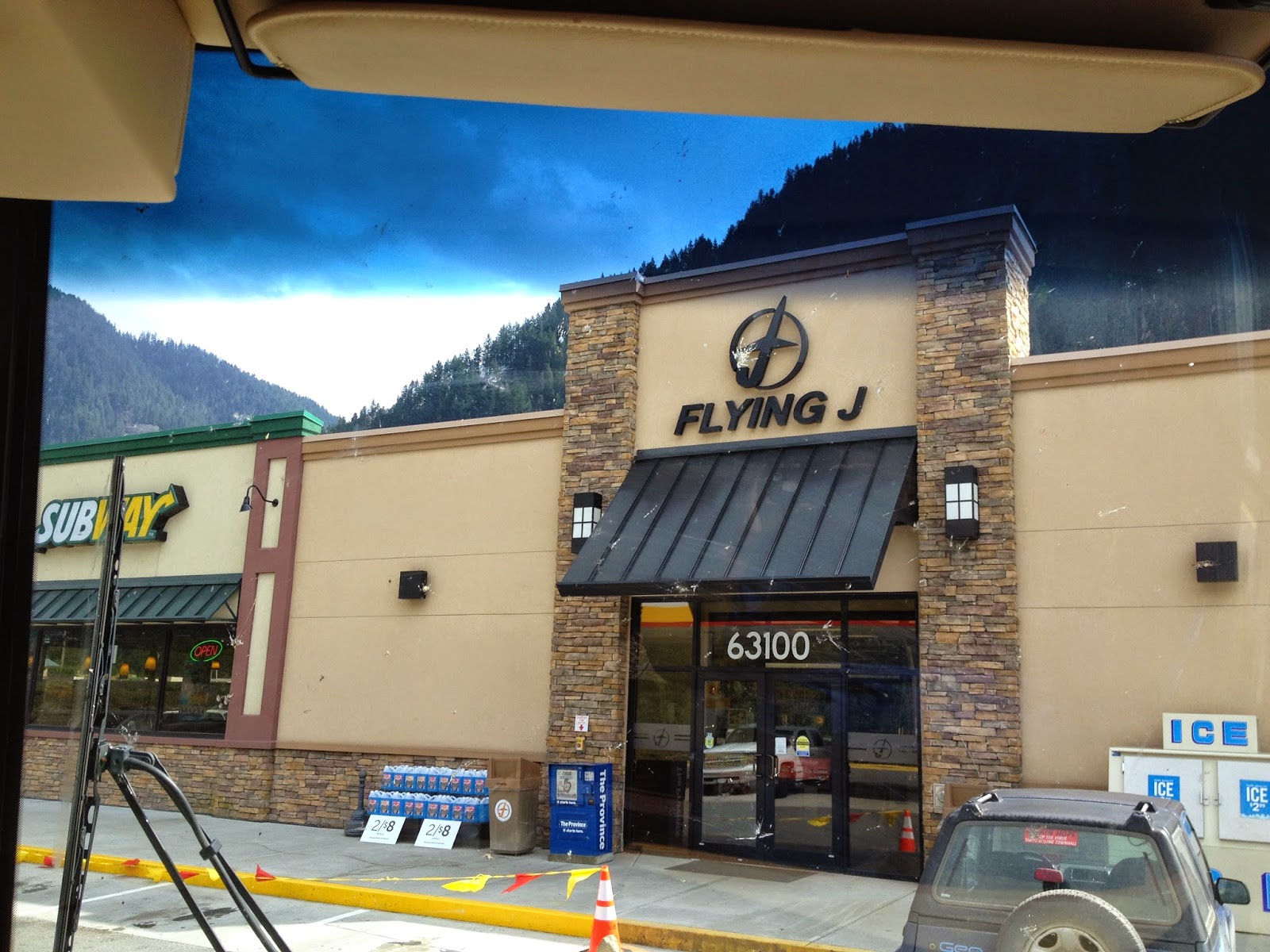 It was also a good time to get rid of all of the "bug matter" splattered on the windshield. 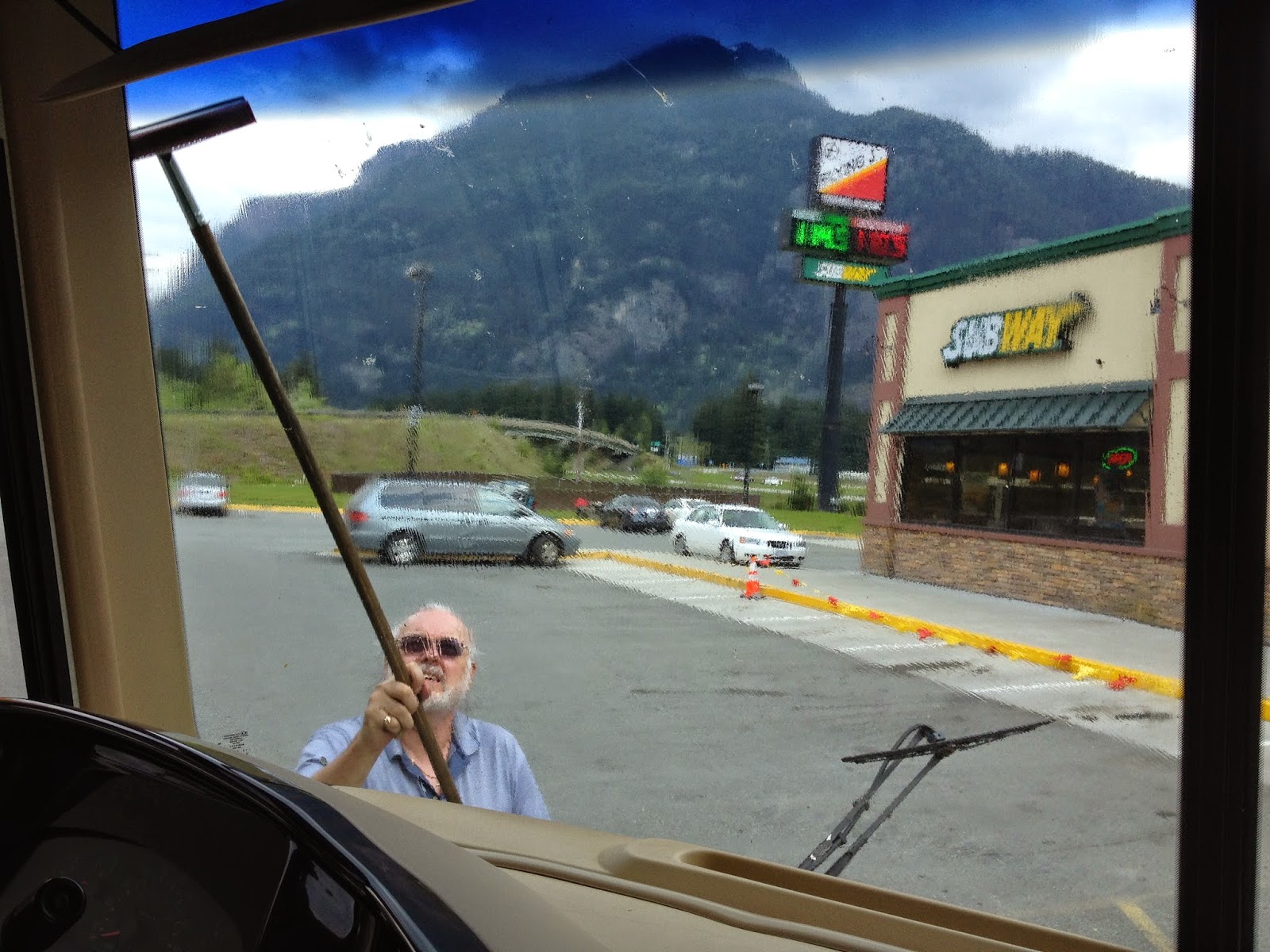 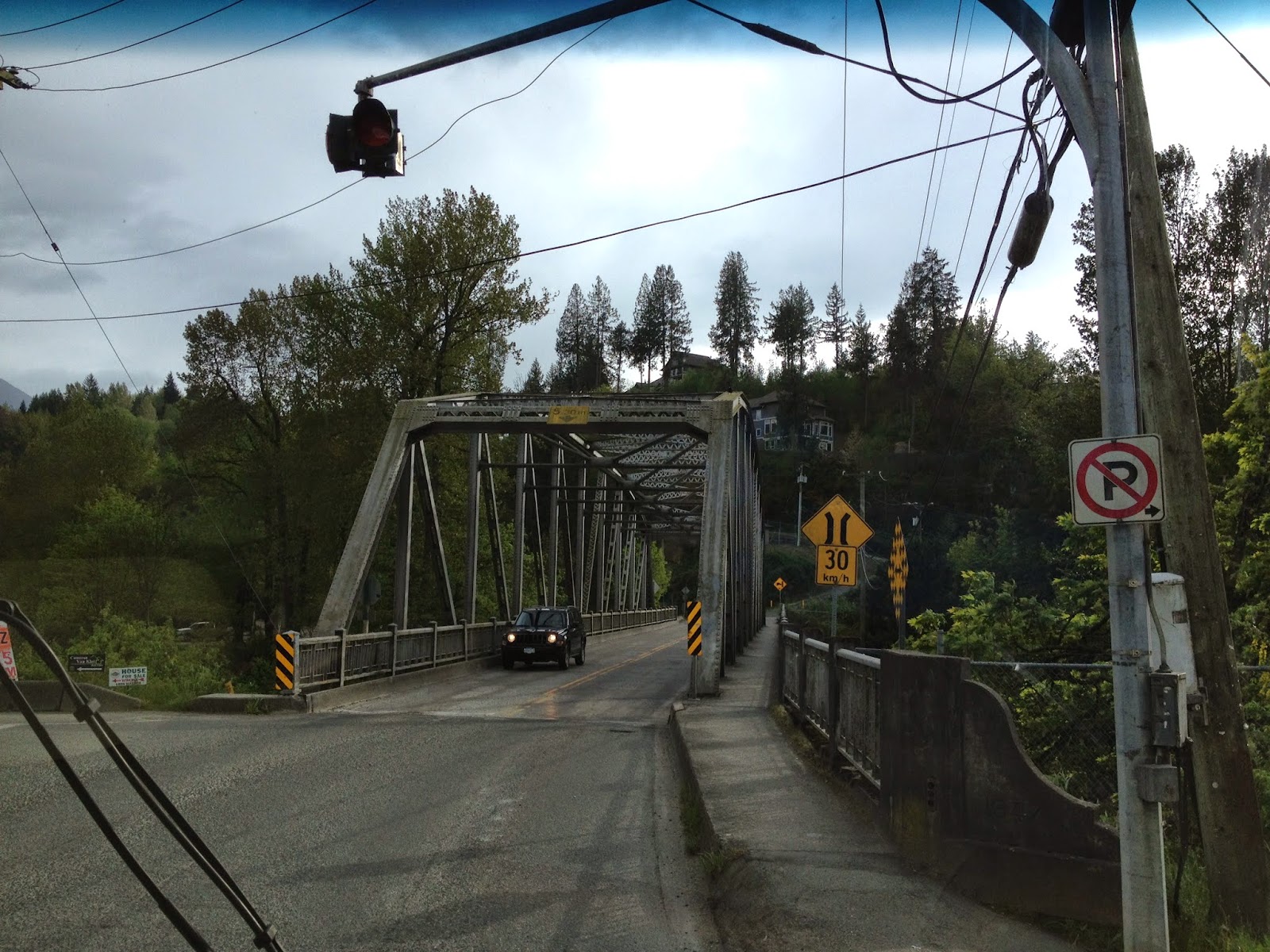 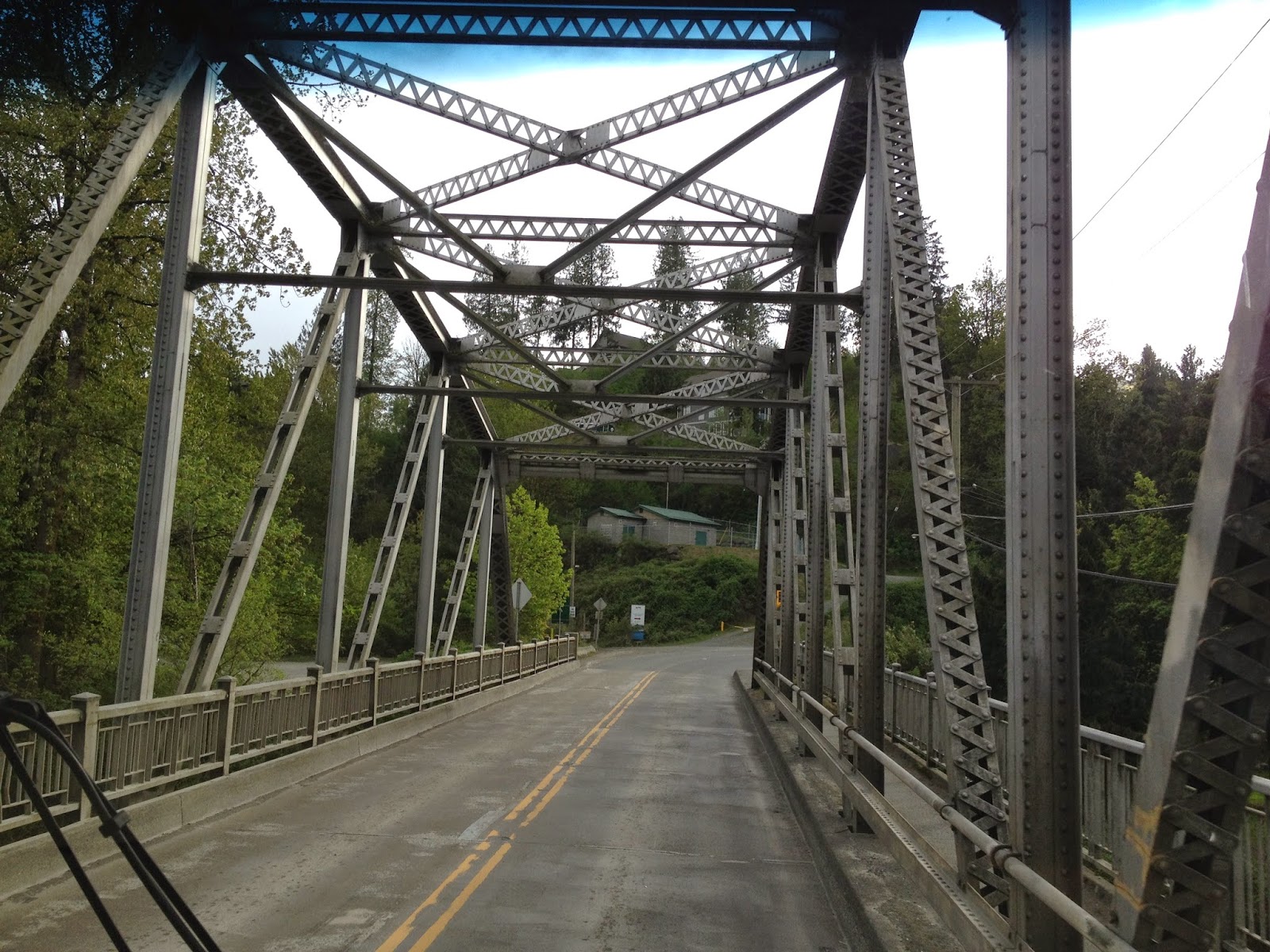 Whew!  that sure felt too small for us to be going over.........  And the skies are looking more and more ominous. 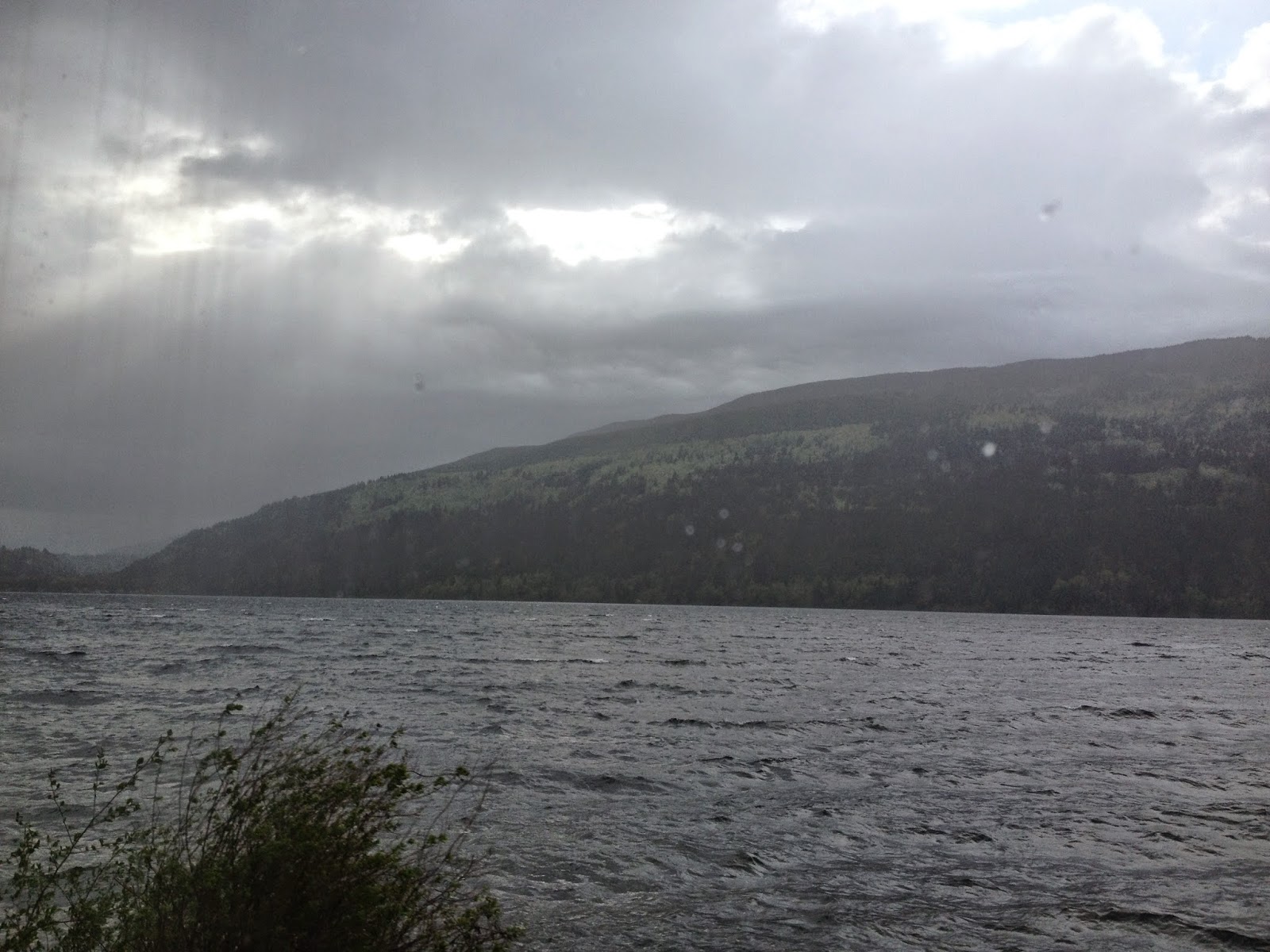 Well, we made it to the last stop of the night!  It seemed like a long day even though we didn't go that far.  We may have covered about 110 miles today.

Anyway, we had heard of this place.  They have several resorts in the US, but this is the only one in Canada that we know of.  It is quite pricey for a yearly membership.  When we called, they offered us a free night to consider doing business with them.  We took them up on their offer arriving after closing time.  They were still there and directed us to our spot for the night with full hook ups. 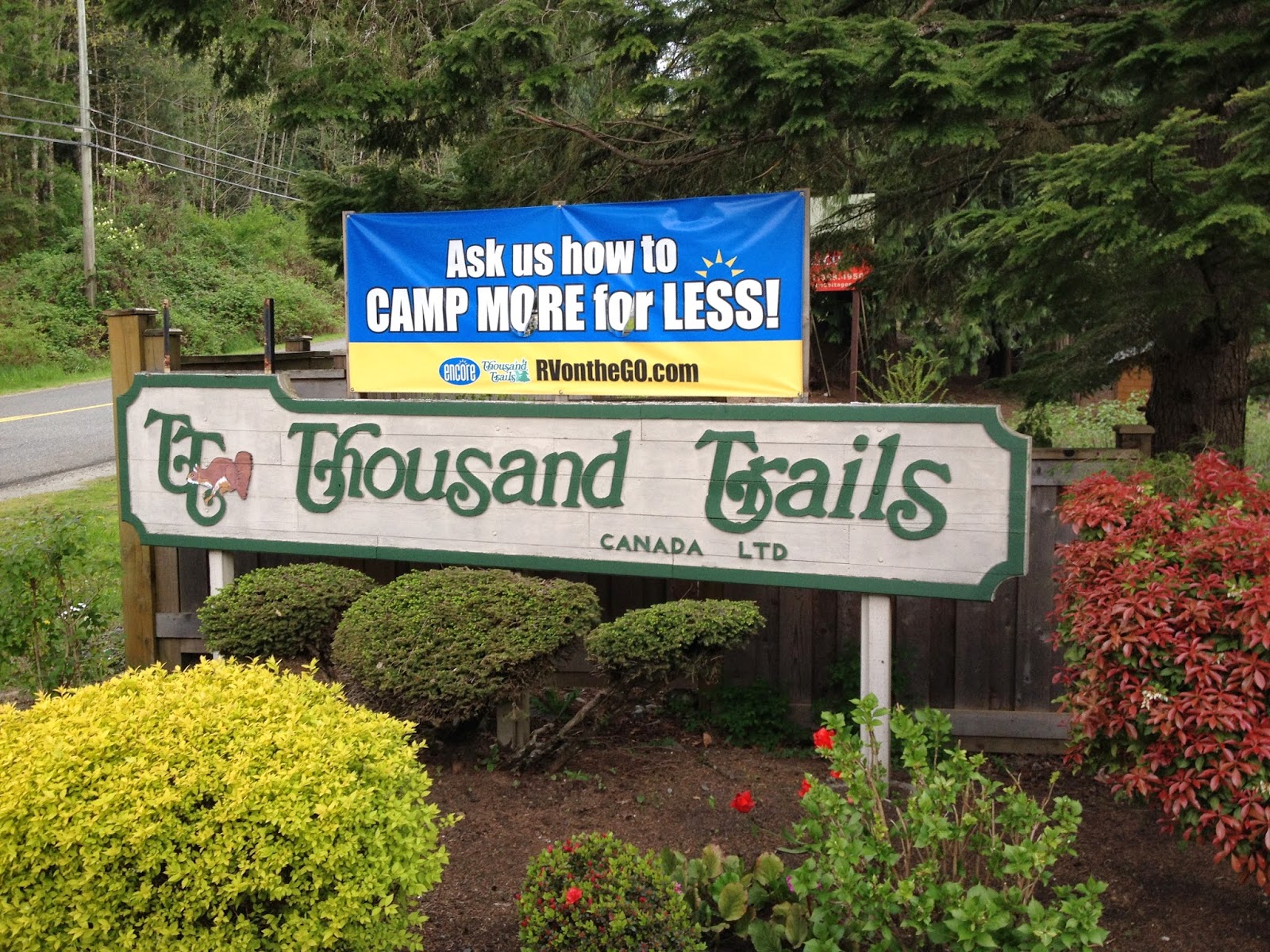 Nice park with some of the residents being full timers and year rounders.....:-) 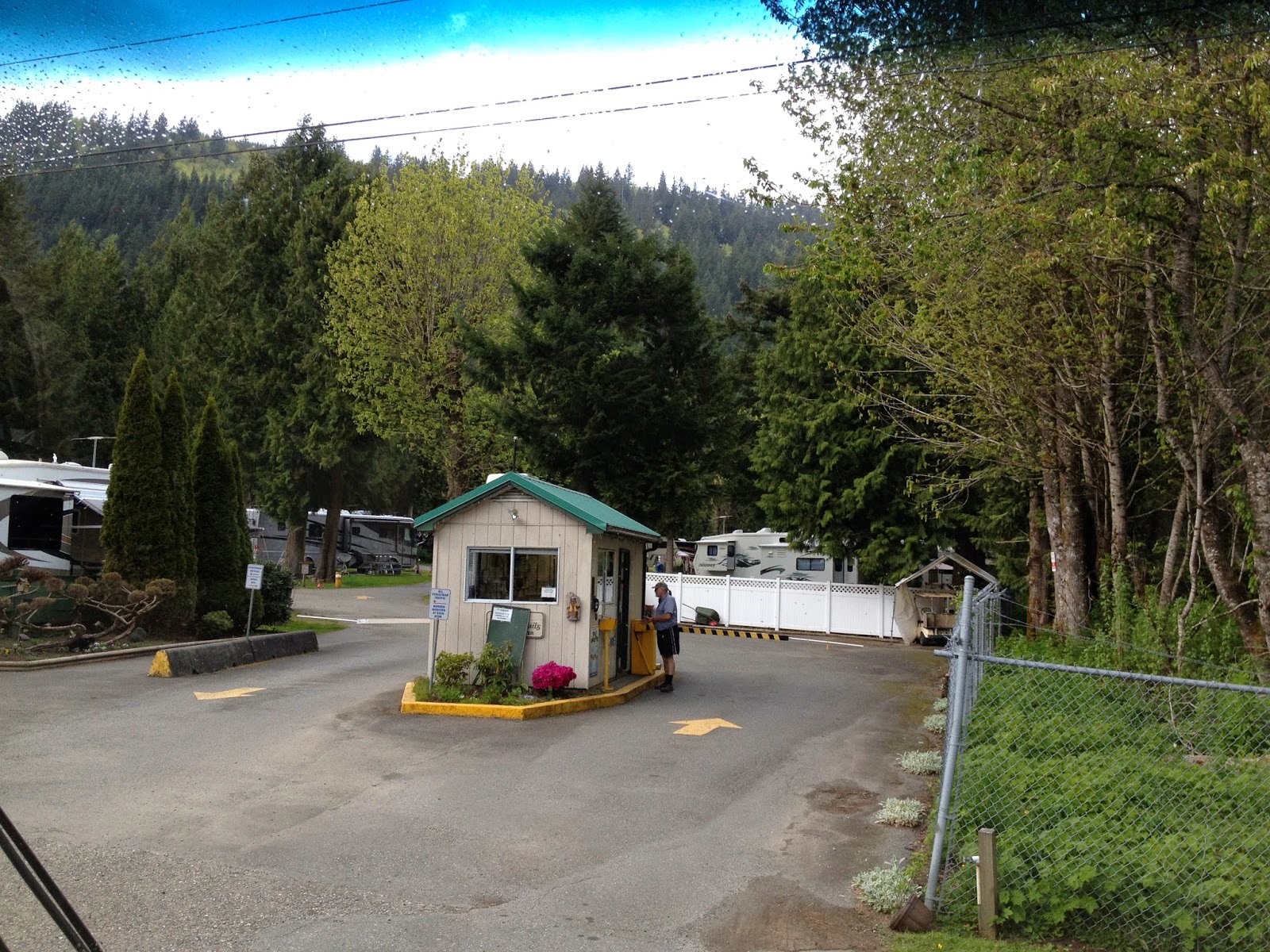 We traveled on until we over shot the spot and could NOT make the turn or turn around. 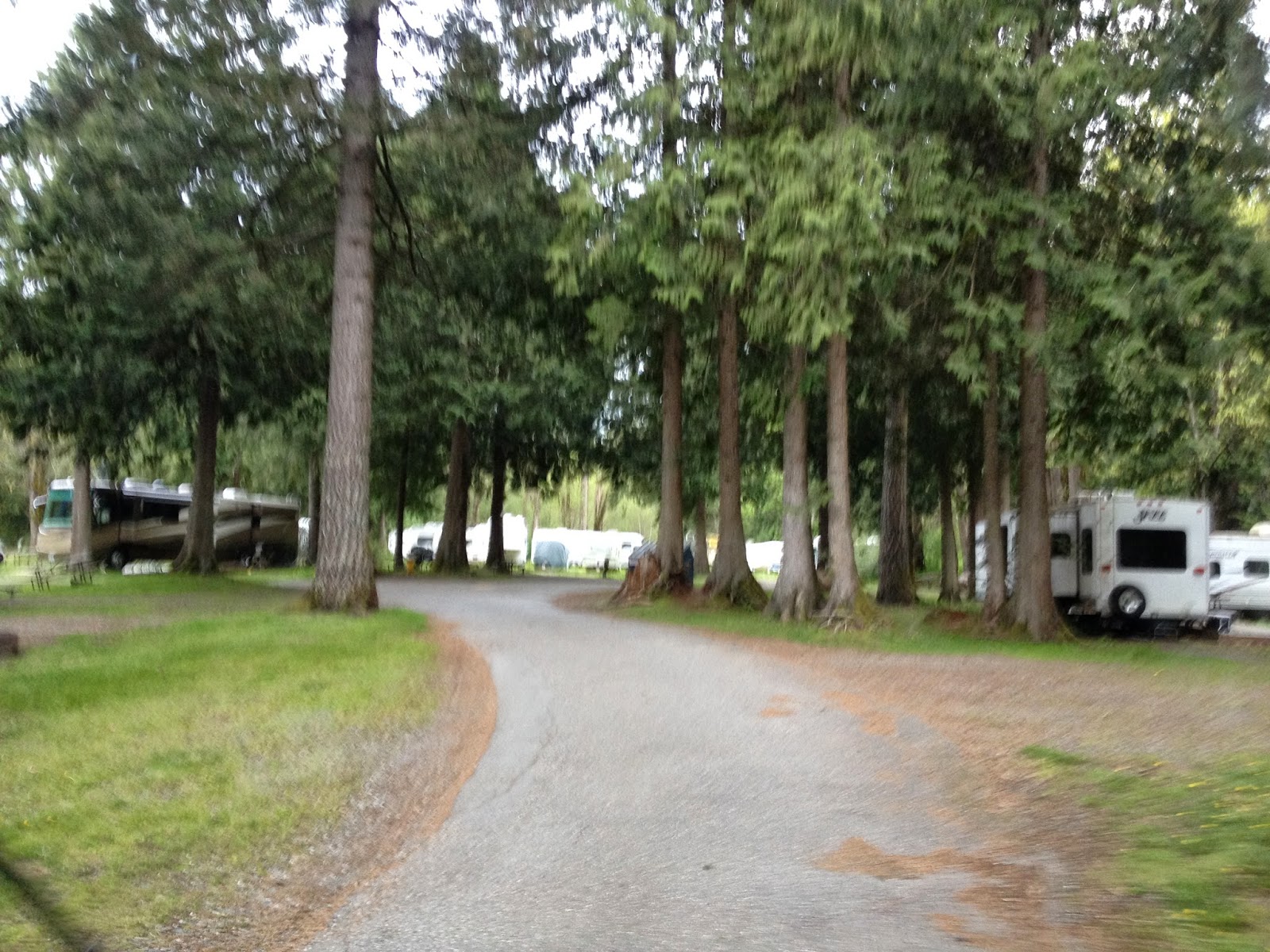 Soooo, now we have to dismount the Van from the dolly in order to back up the RV and the trailer.  If you look closely, you will see a small leg with a wheel right at the center of the tow bar.  Yeah, the wheel snapped while trying to back the rig up. 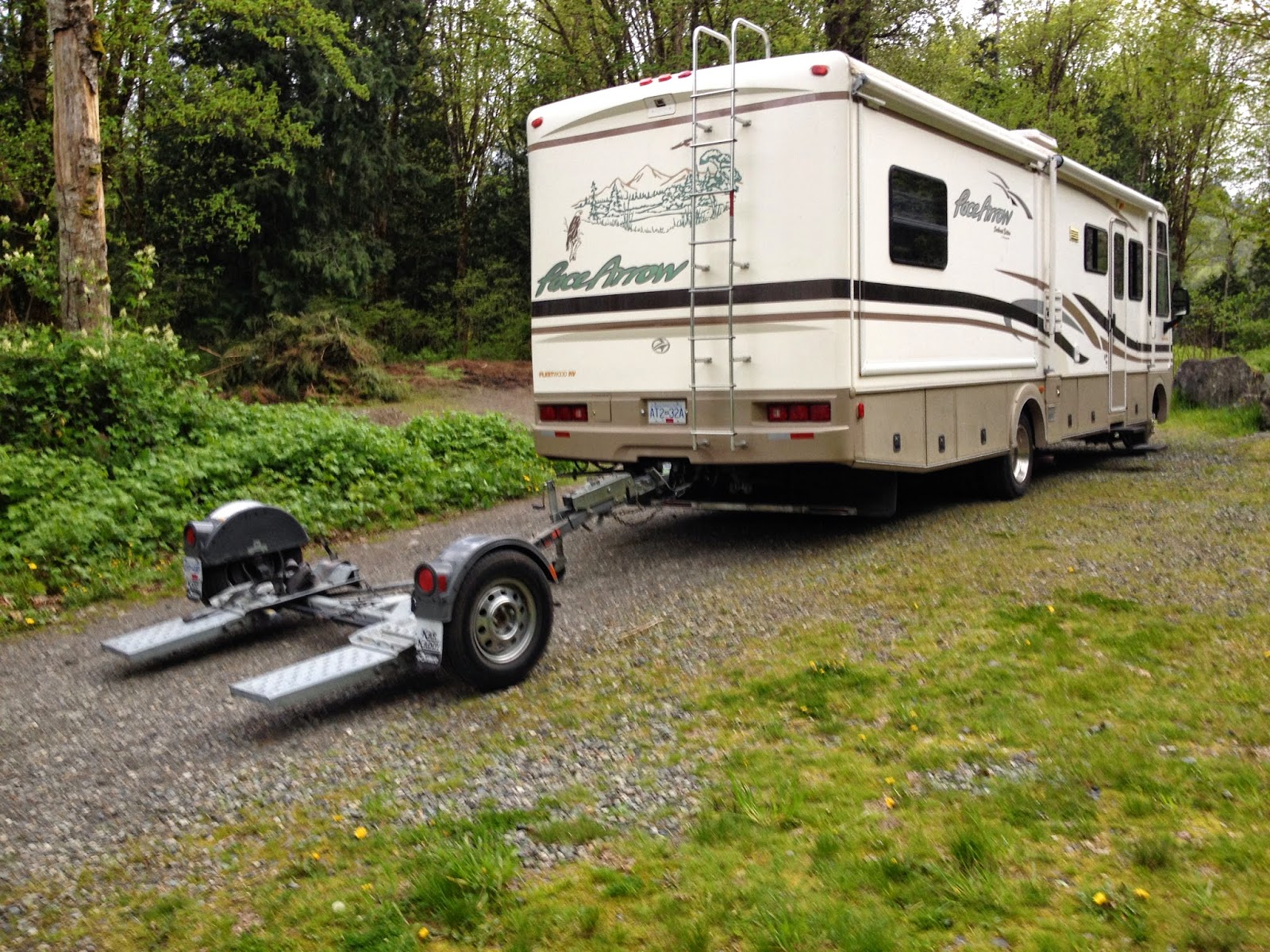 Fortunately, the Van had been moved out of the way so that the RV could back up. We made it to our spot and the sky opened up on us.  We still had to set up.  Then we discovered a small leak in the gasket of the windshield.   I put a towel there for now.  Tomorrow we will either get the stuff we need to fix it or have someone do it for us.   For now,   I'm going to bed!