If you have been following me for some time now, you know that I have a desire to beautify my surroundings; particularly my garden areas.  In the complex that we currently live, we are subject to Strata Laws which are the equivalent of a "Home Owner's Association" in the states.   If you have ever lived in that type of a situation, you know that it can be very restrictive at times leaving one to wonder who REALLY owns your home.  With that in mind and having been informed of a change of Strata companies in our long absence, we decided to seek permission to continue our flower garden outside.   It was granted......YaY! 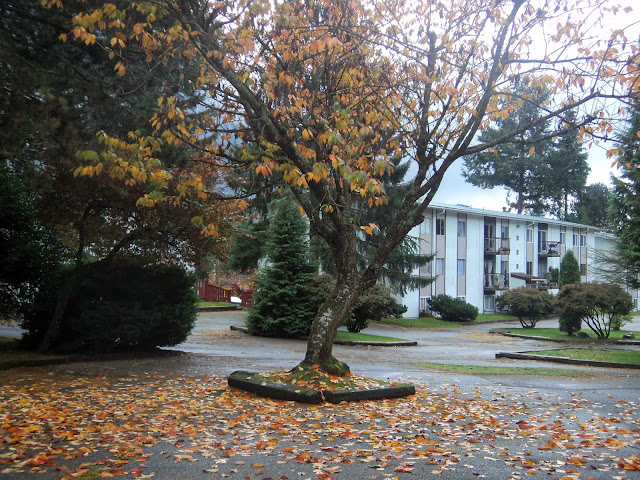 We have been having terrible problems with our Rhododendron that has just about killed them off while we were away.  So, I have decided to do some composting to help remediate the soil for Spring and hopefully we will not have to pull them out of the ground.  First line of defense,  The Worm Factory 360. I ordered this earlier in the year and had intended to take it to the states with me, but the car was too full. 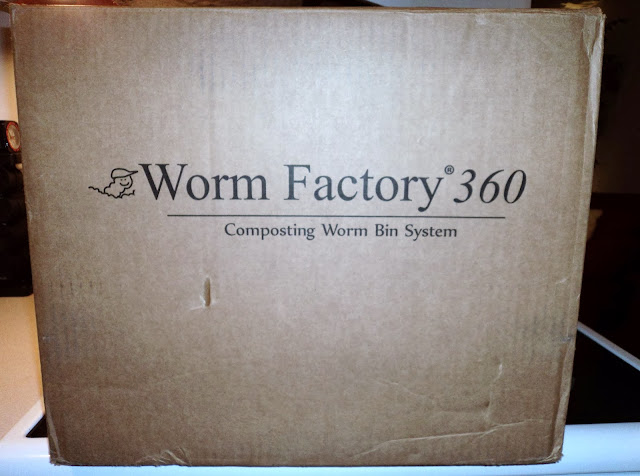 I was excited to open the box and get started on the setup.  Since I had one in the states, it was going to be easy to get this one up and going.... 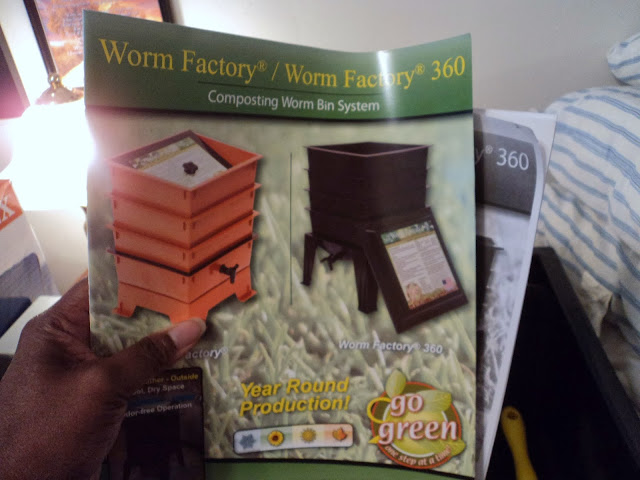 It is a fairly complete kit with all of the things that a person would need to get a healthy compost bin up and running.  Mine is going to be kept indoors, so doing it properly is important.  The kit comes with some shredded paper, pumice, and I threw in some crushed egg shells to help keep the ph levels in the safe zone. 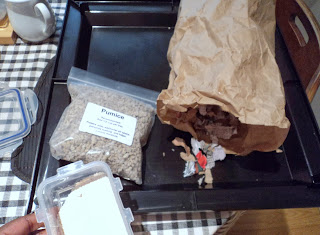 They also include some coconut coir which is the brown square at the top of the screen, a scraper, aerator, container, four perforated trays and a DVD that explains how to set things up and what the composting worms will need to be productive. 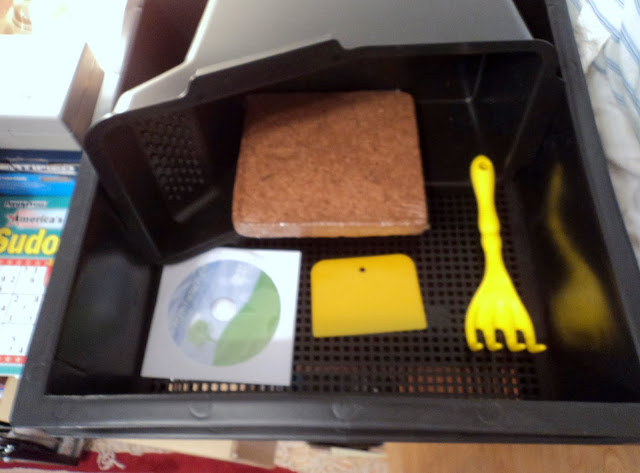 They also included a thermometer to keep the little creatures happy...... 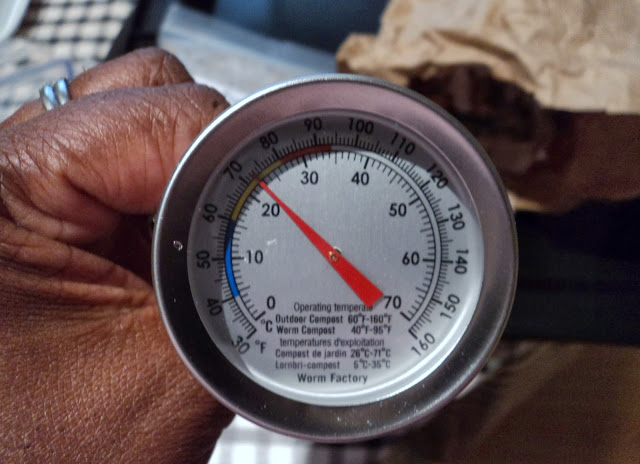 The coconut coir has to be soaked in water for it to expand.  It becomes almost 4 times its original size. I  I soaked mine for 24 hours. 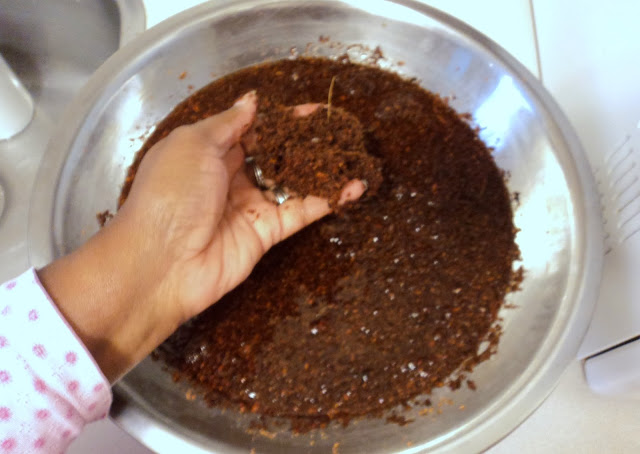 After the soaking is completed, it has to be wrung out to the wetness of a wrung out sponge, mixed with a handful of pumice rock, shredded newspaper and the eggshell.  Sheets of paper are placed in the bottom to keep the contents from falling through and the mixture is placed in the tray. 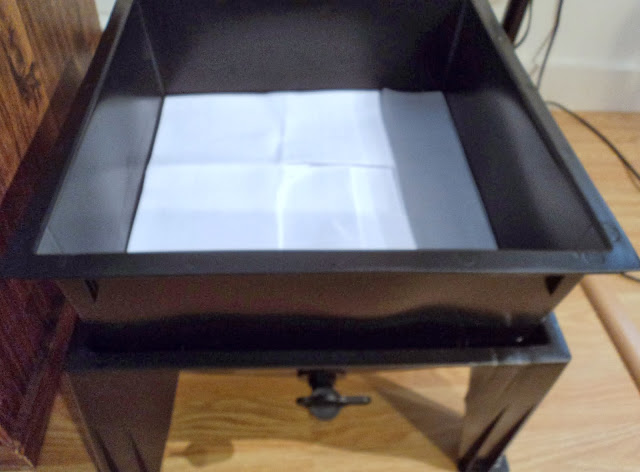 Next thing to do was to get the Red Wigglers or Eisenia Fetida to start munching away on some food that had been sitting and naturally composting in a container for them.  Here is a picture with everything mixed into the tray. 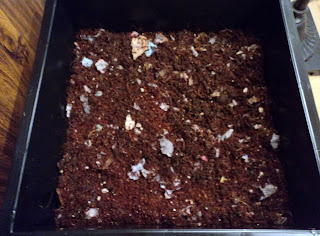 Below is a picture of some finished compost from my system in Oklahoma.  This is the material that I hope to have by next January. 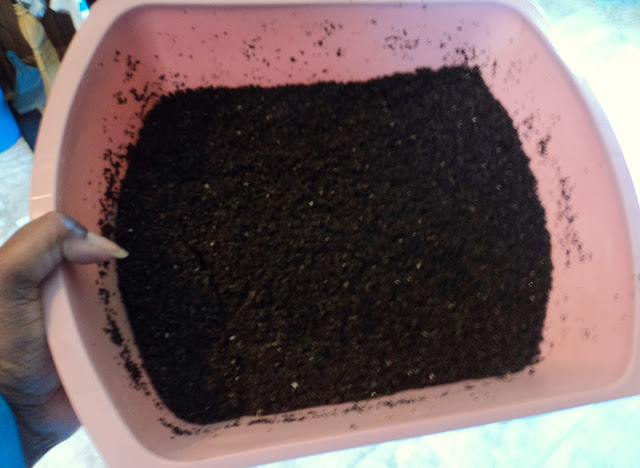 If all goes well, I hope to be able to save what is left of my garden that was left unattended during our stay in the states.  My next request from the strata will be for the use of some space that may have been abandoned to start a square foot garden.  I would like to plant some vegetables for myself and also to give away to a local food bank or a shelter for the homeless if possible....:-). Hopefully, I won't have to have a license to do this.
Posted by Tripping Sister! at 11:26 AM 13 comments: