5:00am came early again this morning.  Chris said he was starting to feel a bit better.  Probably because of all of the drugs I have been pushing on him, the fact that he went to sleep at 8:30 last night and my insistence that we cut the driving days short for a bit. We pulled out on time this morning at 6:00 which is our custom when we travel long distances.  He must be feeling better as he looks like a blur getting back to the car...ha 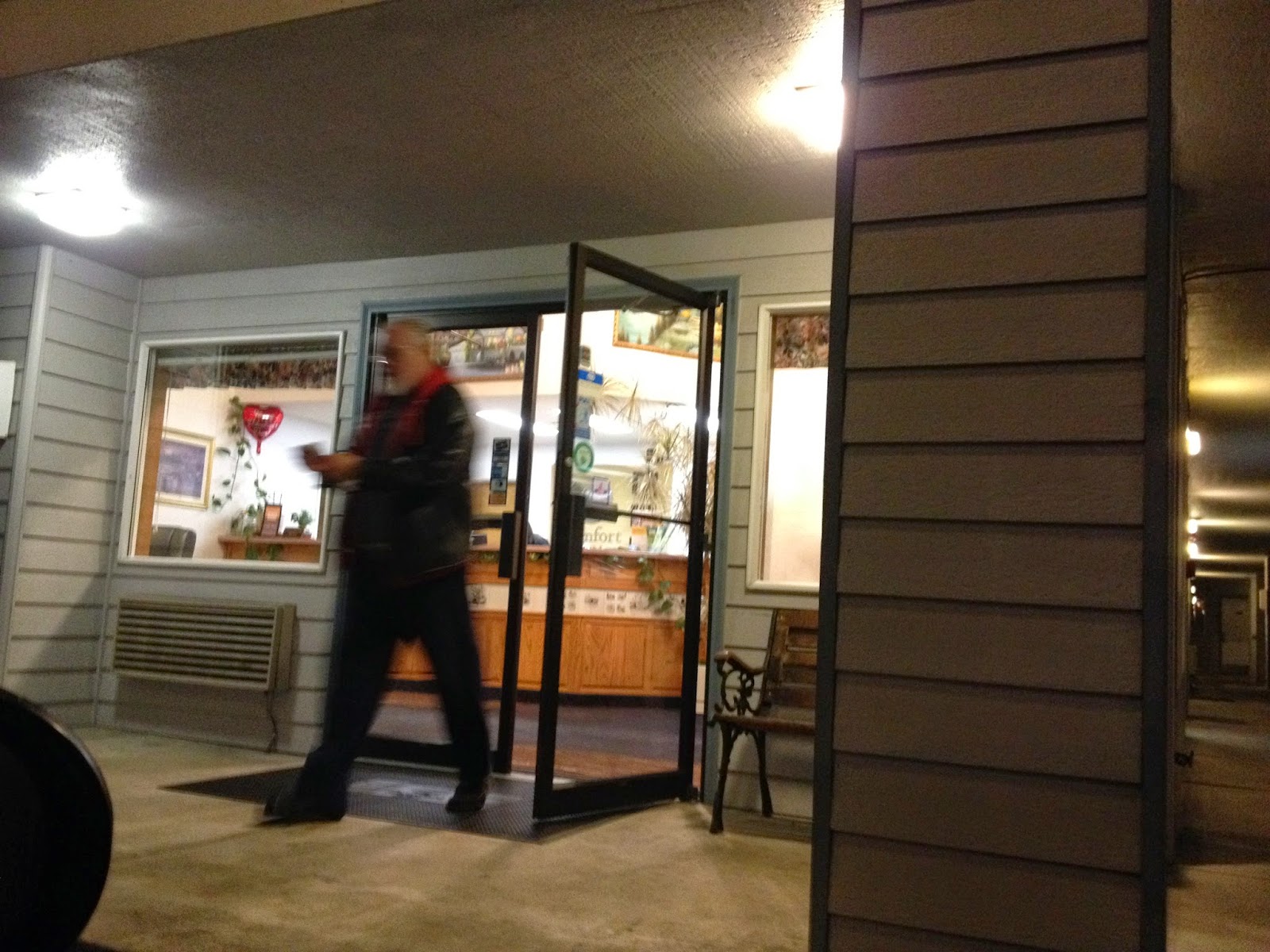 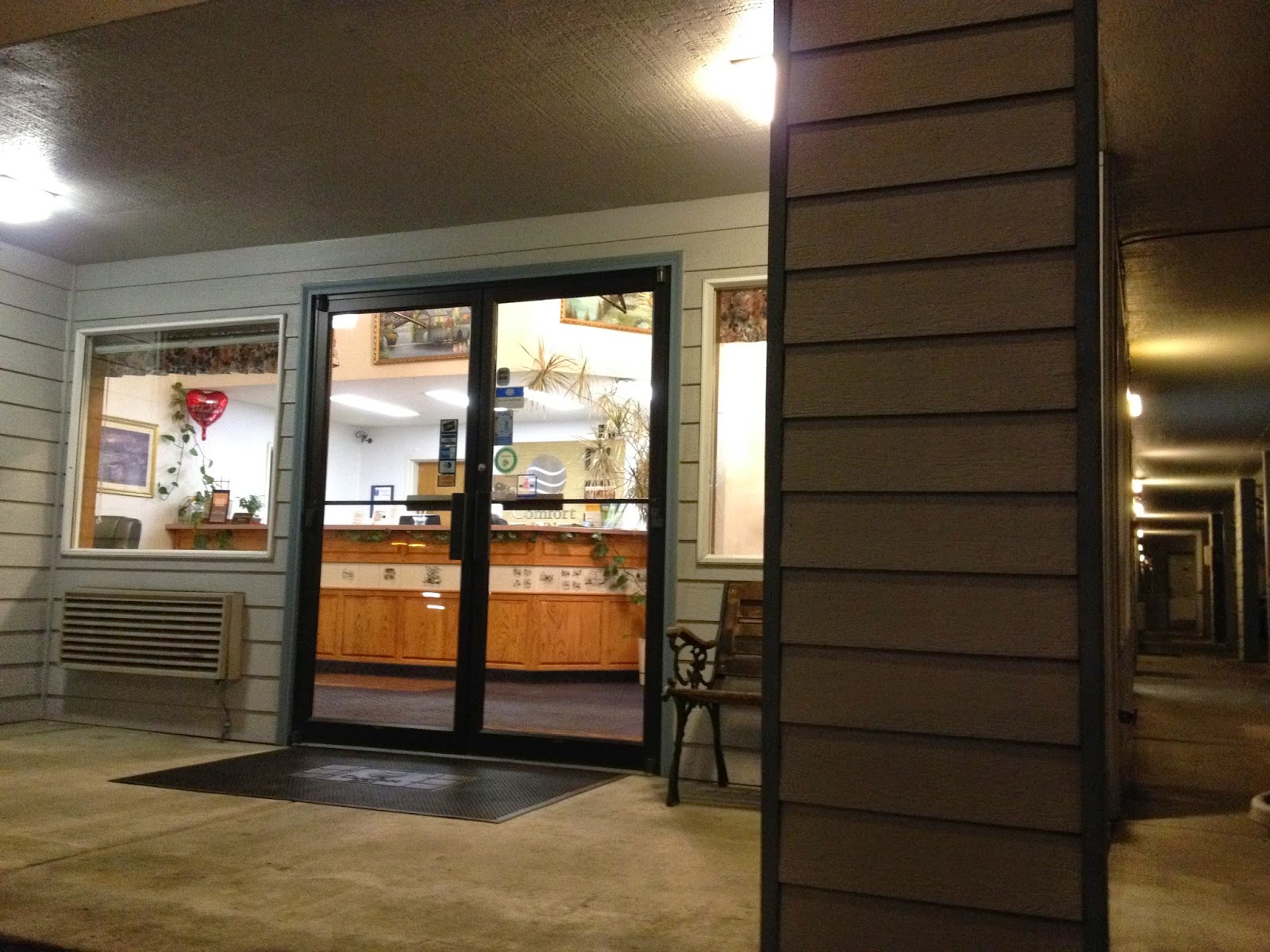 Have I mentioned how much I am starting to hate "road food"?..... 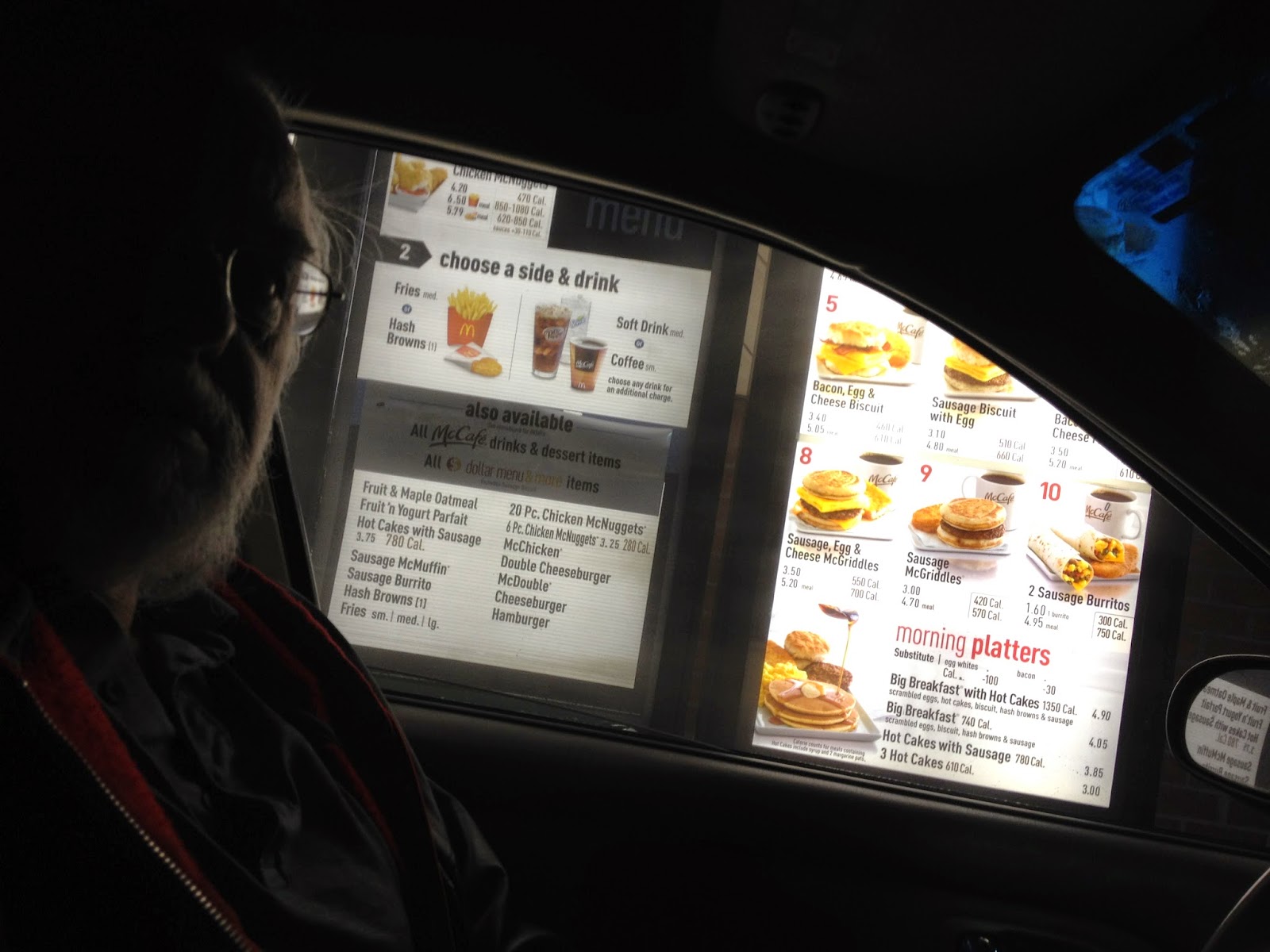 We didn't go very far before we ran into some very dense fog.....It got really hairy there for a while as you literally could not see more than a few feet in front of you. 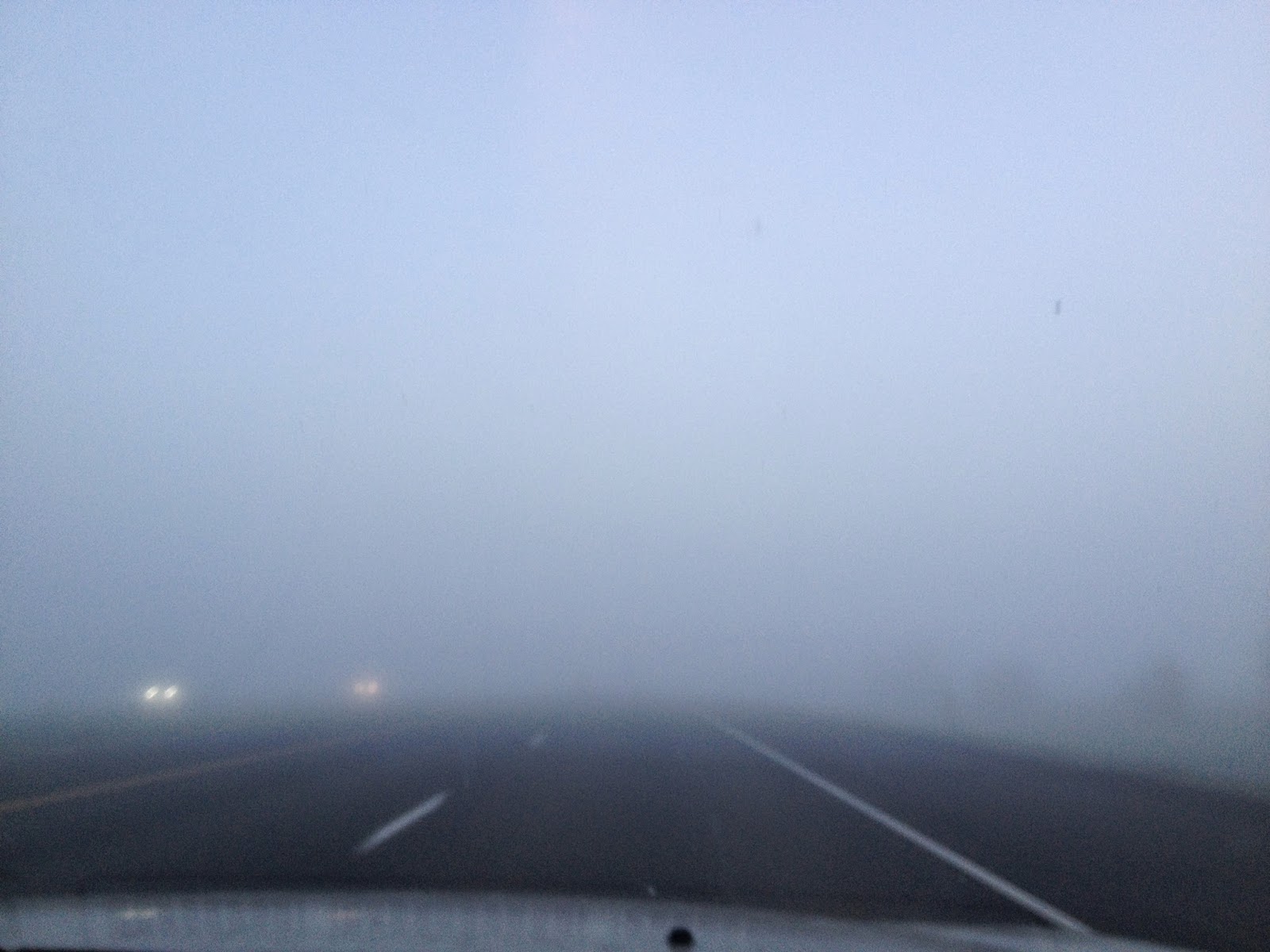 Although he still has a nasty cough, he had a bit more of his colour back.  So, that is good. 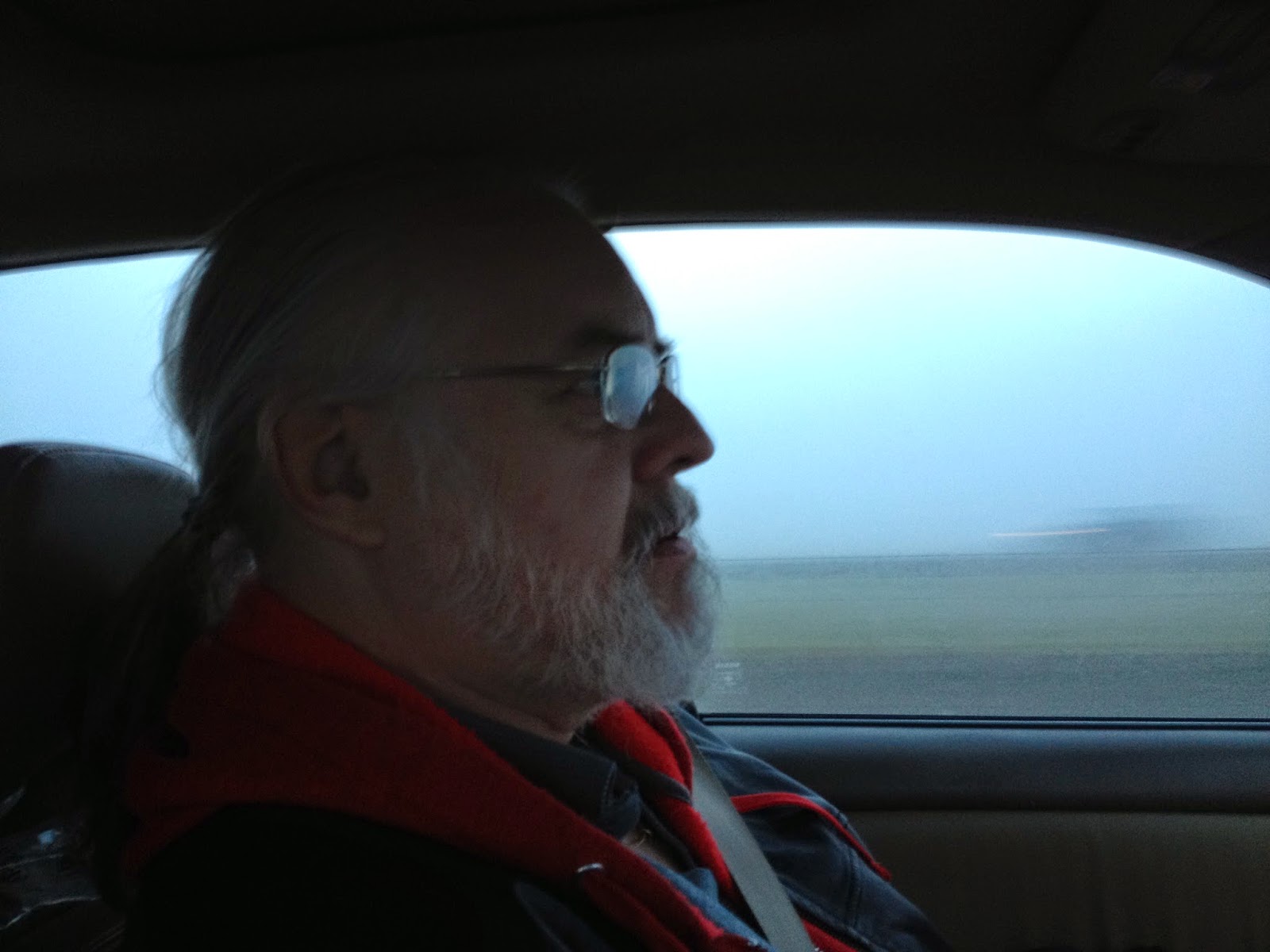 We headed toward Portland which was our destination yesterday.  This time we would keep going.  Today's destination is the Tri-Cities. 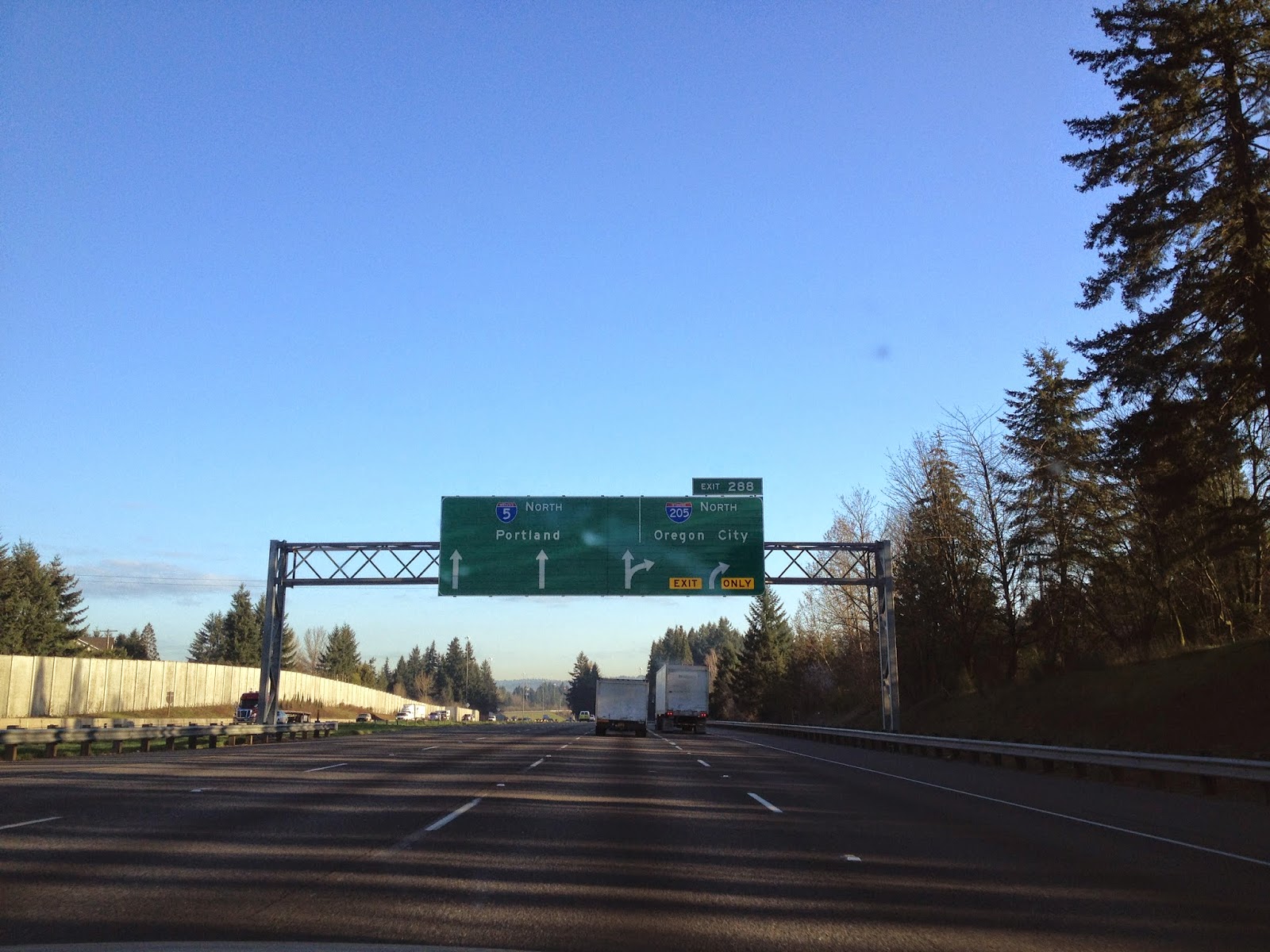 We stopped at a rest stop where the Multnomah Falls were just across the highway.  My camera didn't really capture the beautiful.  But it's not as pretty as Shannon Falls in Squamish, BC. 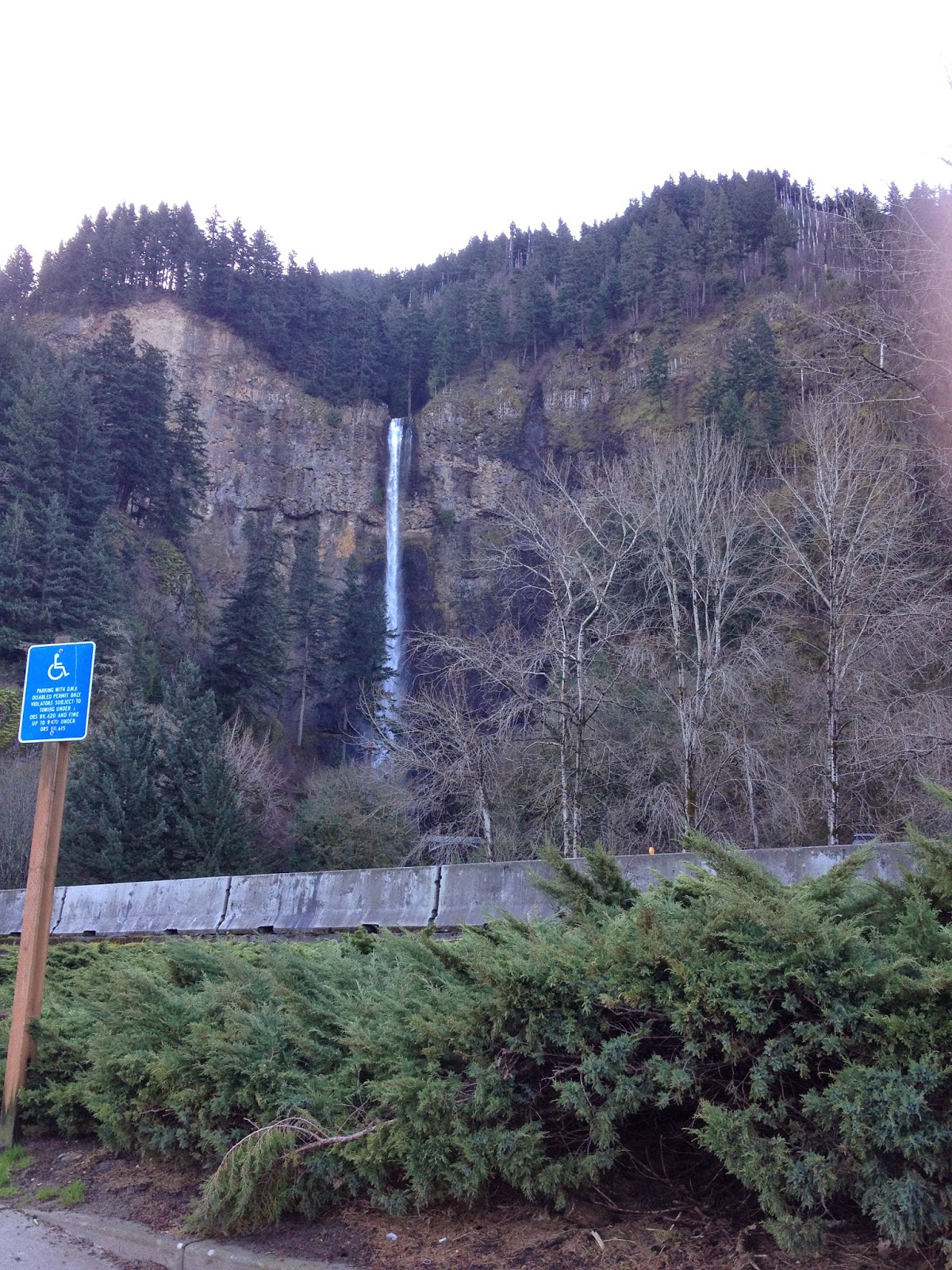 "Chico" was facing forward since he had been hanging up.  But I decided to turn in him around to keep Chris motivated in case I fell asleep...haha.  Ain't he cute!? 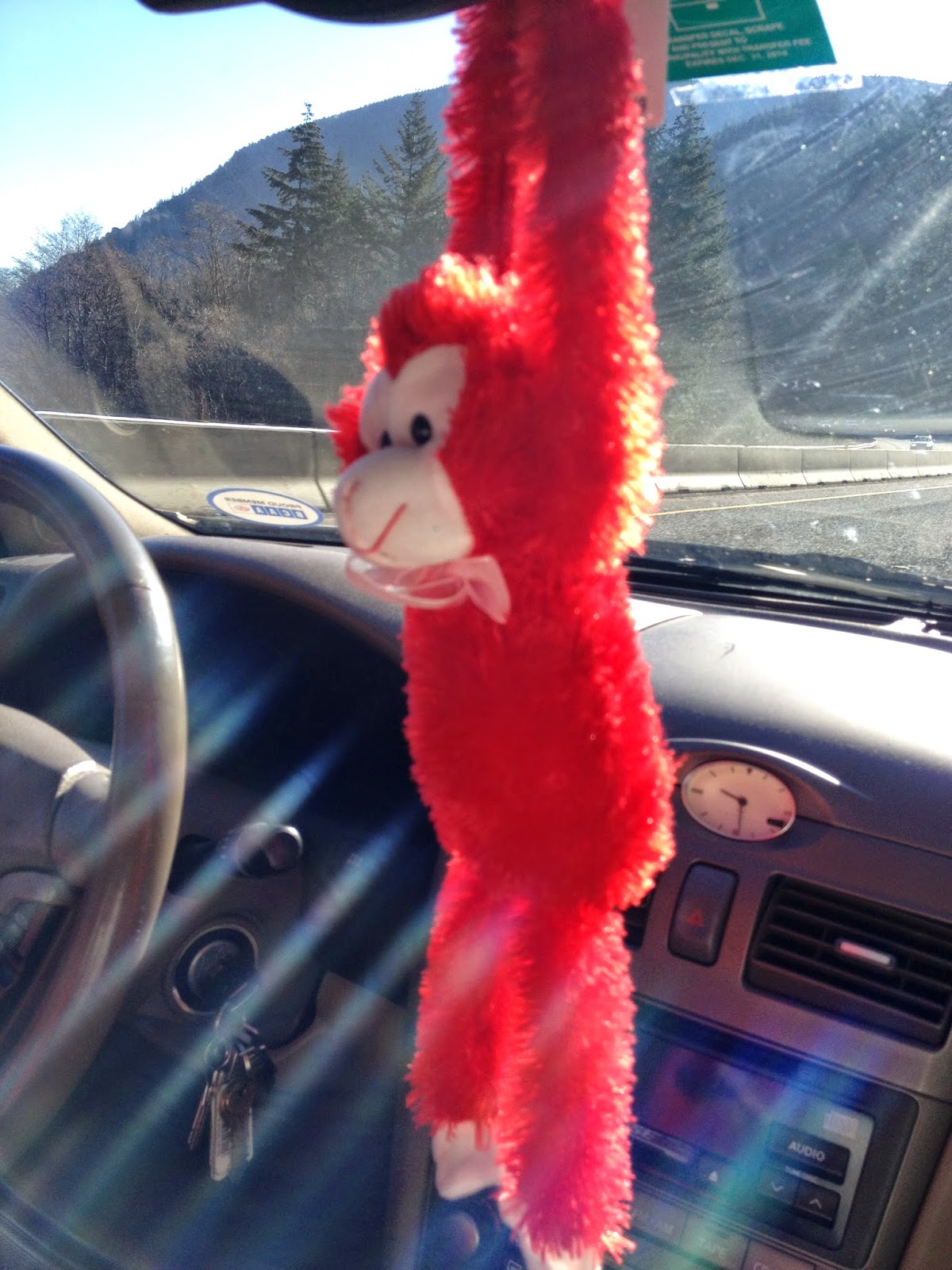 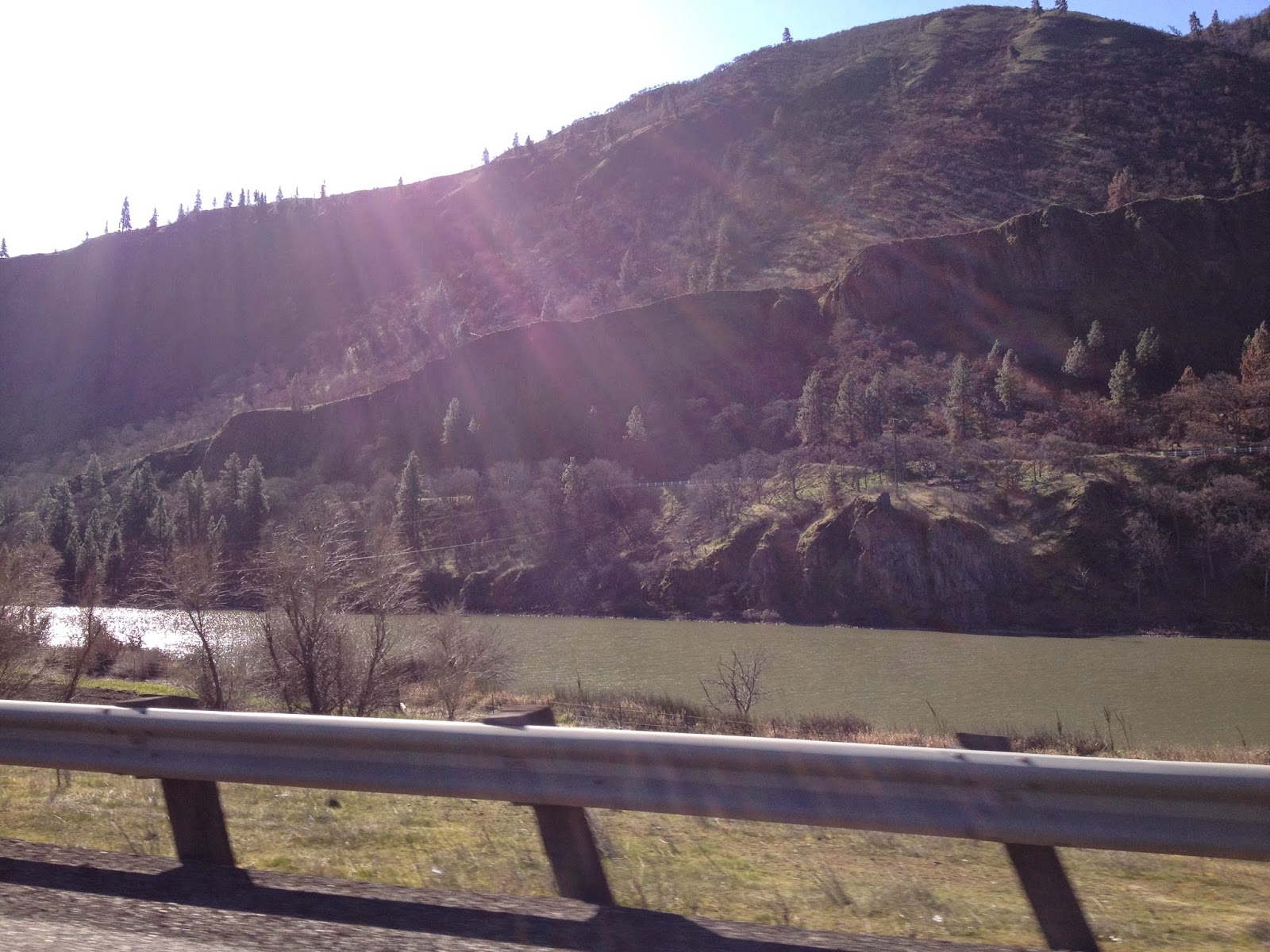 We finally stopped in Kennewick, Washington for the evening after a 6 hour day of travel.  We also found out that Chris's Mom is in the hospital.  So, our plans to go right home have been delayed.  We do hope to be home by Friday though.  But, for now....it's mango-habanero chicken wings and artisan pizza for dinner and hopefully a good night's sleep.  We should be back in Canada tomorrow. 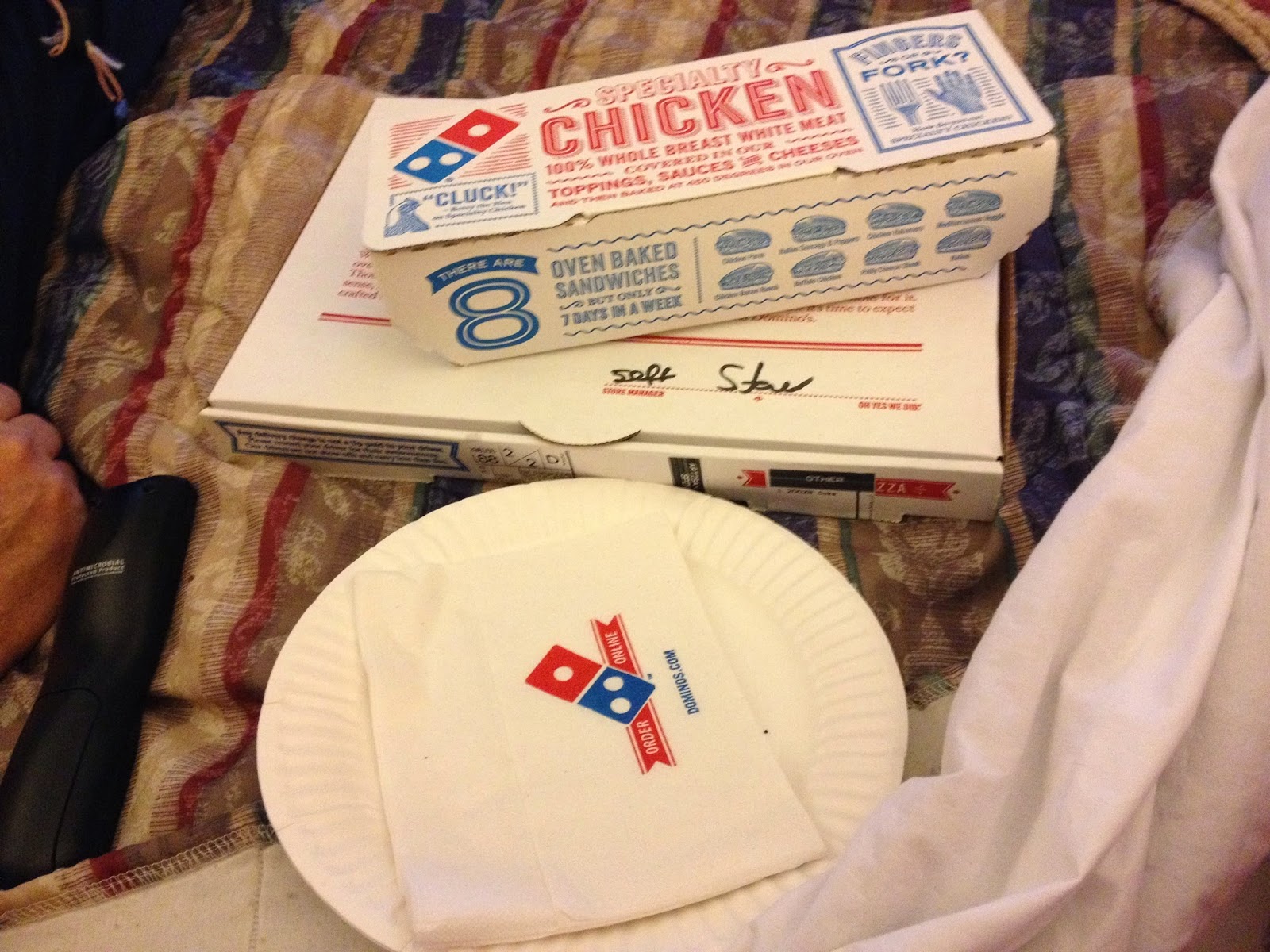 See you on the road, folks!