Morning came early and we had a couple of appointments we had to keep.  The first one being at 7:00am!  Yikes!  So, we headed off into the fog of Washingting to get things done so that we could finally make the last leg of the trip home. 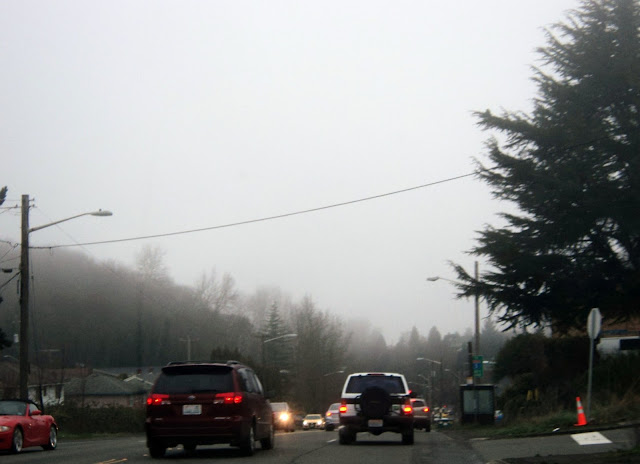 It would have been such a hassle to try to drag our trailer around everywhere we went.  So, we left the trailer and went to take care of things and then came back to the hotel and had breakfast. 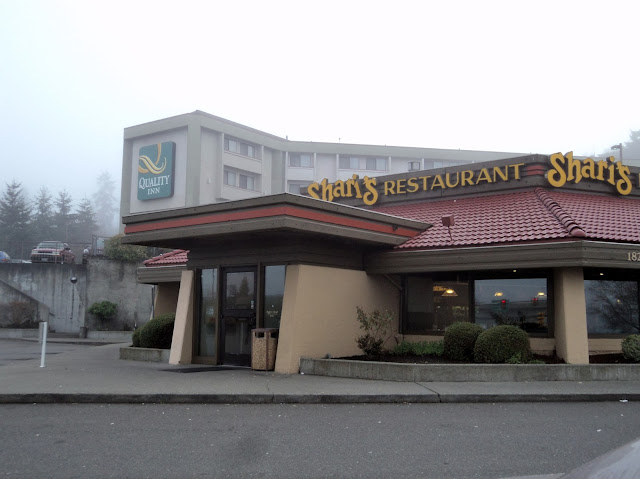 Now, you gotta realize that we are spoiled and are used to having our French Pressed Coffee with.  But there was no time for that. 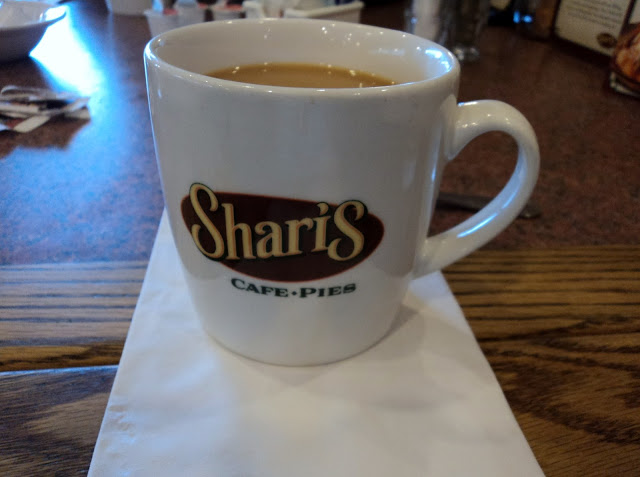 We slammed down breakfast and made out way through the city..... 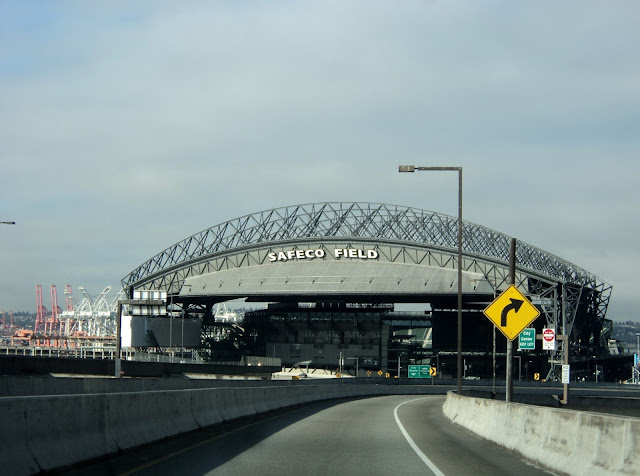 Its a very uneventful drive toward Canada unless you want to stop at some of the stores or outlet malls along the way.  We didn't. 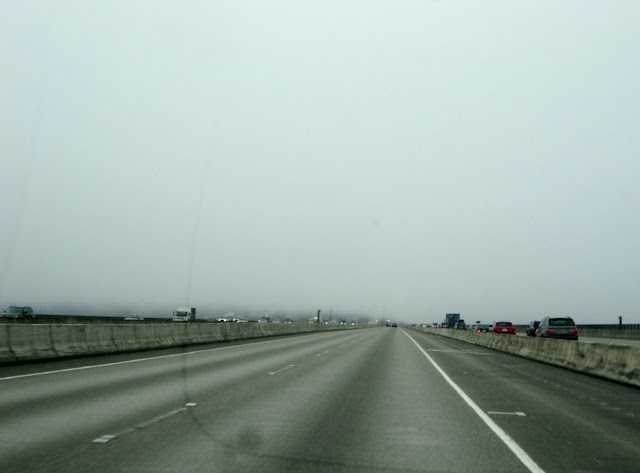 As you can see, traffic was exactly buzzing yet.  Unless of course they were going in the other direction. 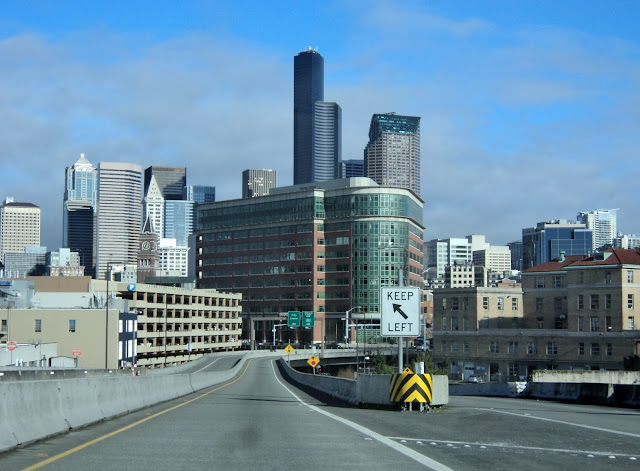 You know you are in the Northwest when you have to pay this for gas.  And we weren't even in Canada yet where it was going to be $6.25! 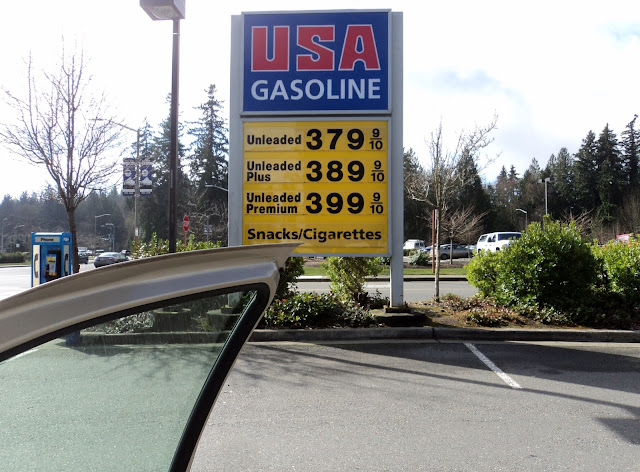 After six months of driving around, we have had to change our tires and have had to have our oil changed 4 times since we have been gone!  It was cheaper to get it done BEFORE we crossed the border. 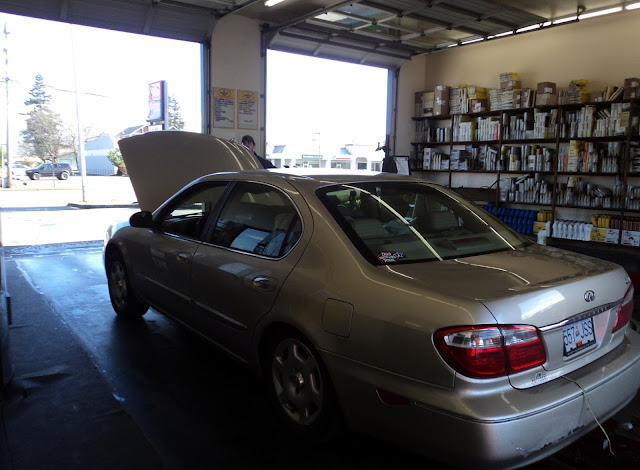 and then we continued on toward Vancouver.... 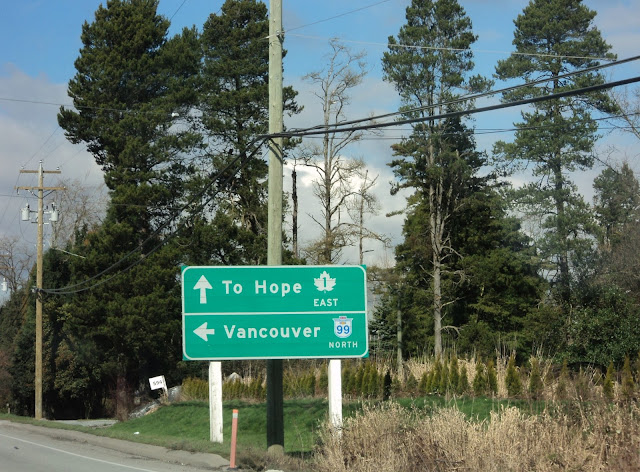 Now, it started getting interesting in regard to the traffic....ha.  Seemed like everybody was trying to get back into Canada.  I don't think we saw ANY US tags for a few miles.  The US/Canada border was in view! 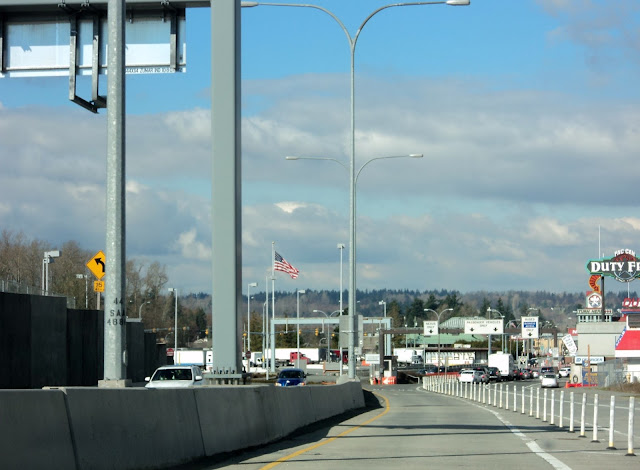 We had so much stuff in the car, we made sure we had the declaration form filled out and on the door of the
car before we reached the border. 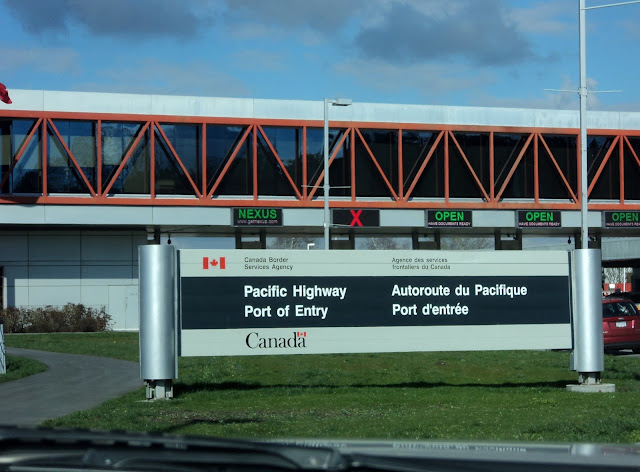 And the next thing you know, we were in another country! Wow, what an adjustment this was going to be after so long of living in my own country. 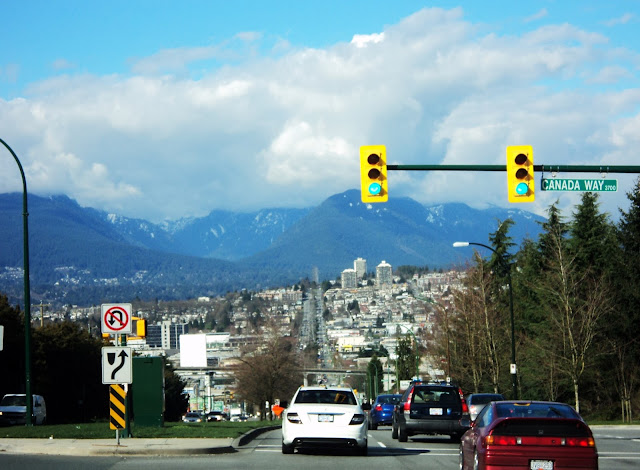 When you have been gone for 6 months, your refrigerator is going to need a lot of help. 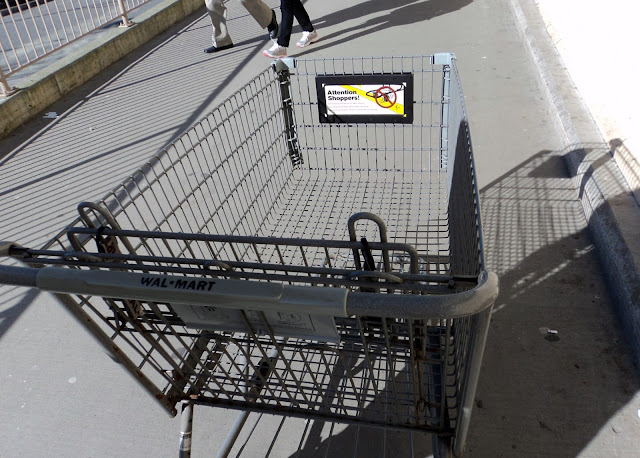 It took us longer than what I wanted, but we made sure we had what we needed so that we would not have to run out and get something later. 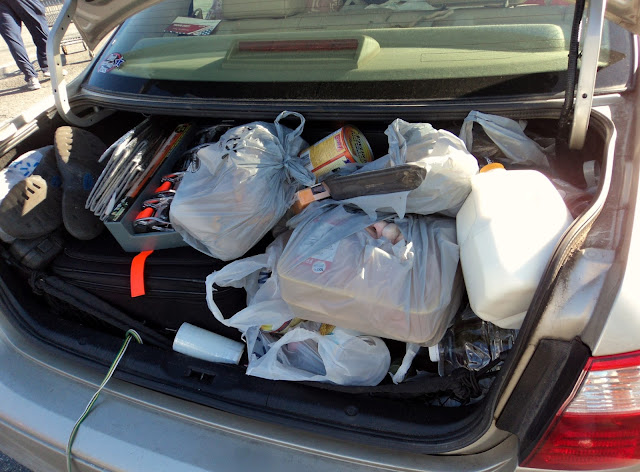 after taking care of that, we were back on the road with a few other errands to run before making our two hour trip back home. 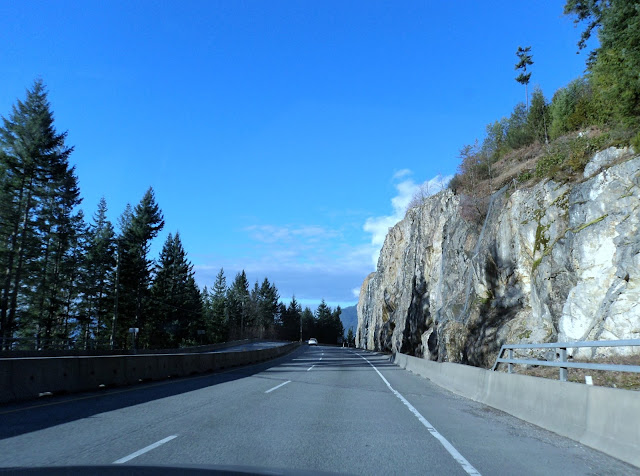 when we finally got into our own town, we were met with this......geeze.  You know at this point you just want to get home and NOT live out of a suitcase for a few days....:-(. 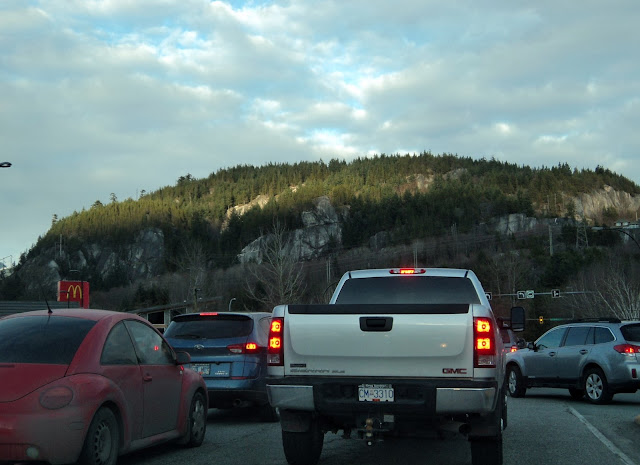 after a few grueling minutes in traffic in our town, we made it home safe and sound!  What a ride this has been....:-). 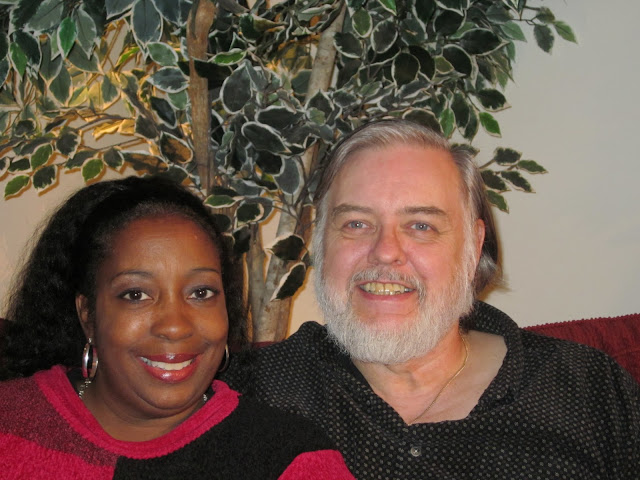 And so our journey has come to an end...:-).  Thanks for going with us all of this time!  We will see you again soon with another adventure...:-)