Well, I think I may have grown a few more grey hairs since I last posted.  We are currently in New Hampshire and made a trip to Manchester today to visit a museum.  I have some pictures that I would like to post for you guys as well as our fan base on YouTube have been following our travels.

This is the entrance to the museum....:-).  Now, how weird is that?...ha.  Did anybody see that guy fixed between those two beams?  I think I know him! 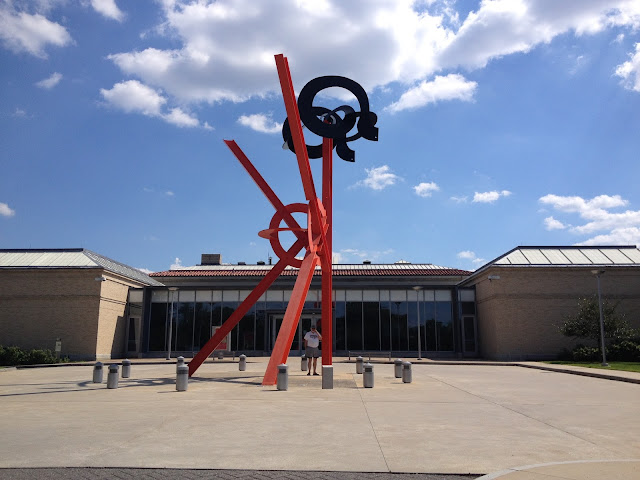 Must folks would call these "paper weights"; as would I.  Except, I'm not sure that they are.  I would suppose that since they have found their way to a museum that they are more likely considered "art glass"....:-).  But aren't they beautiful? 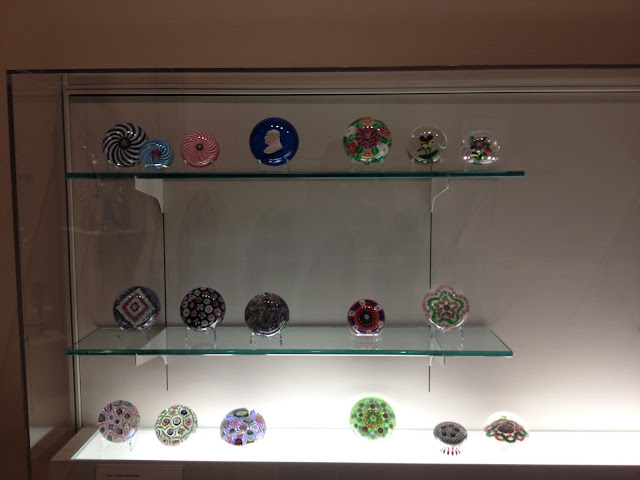 The room was full of these in cases; all unique and equally beautiful. 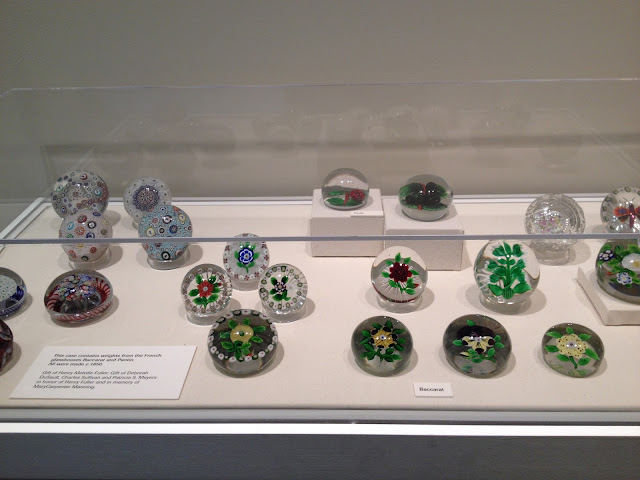 For some reason, these on the top shelf reminded me of a flock (is that the right word), of swan. 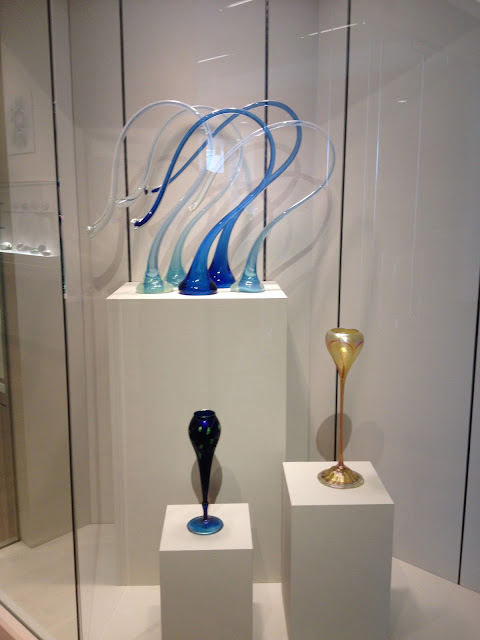 This next artist did a picture that so captured my attention that I wanted to share it with all of you!  I tried to get the tags of the items that were displayed.  some of the art work had a picture of a camera with a slash through it which meant that I could not take a picture of it.  And nearly all of the were over 4 hundred years old. 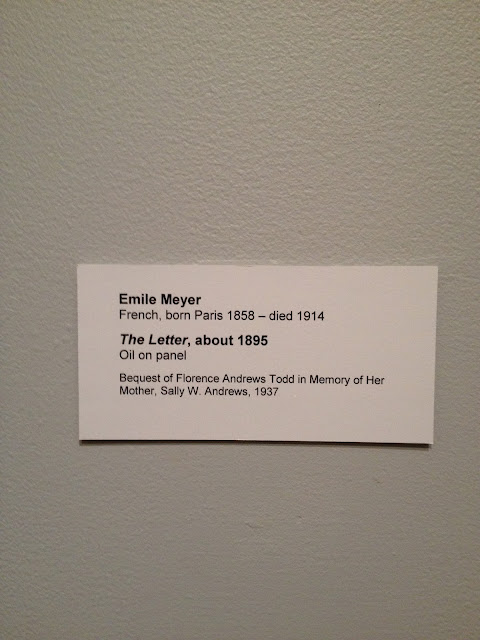 Well whatever the "letter was about" seemed to be a point of humor for these Cardinals.  The picture did not come out as clearly has I had hoped.....:-(.  Nevertheless, the detail was amazing and the colors extremely vibrant. 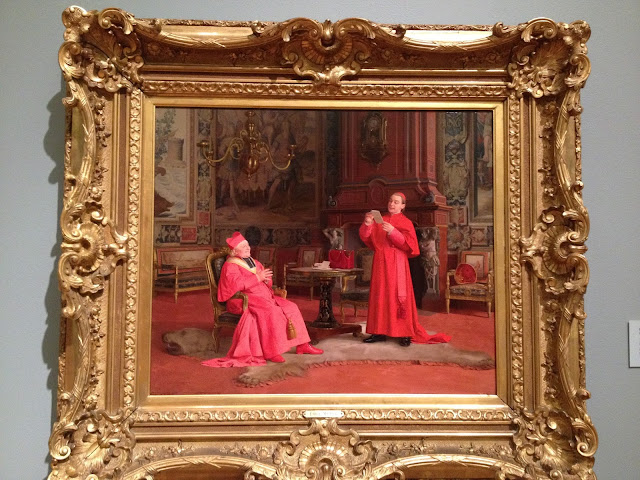 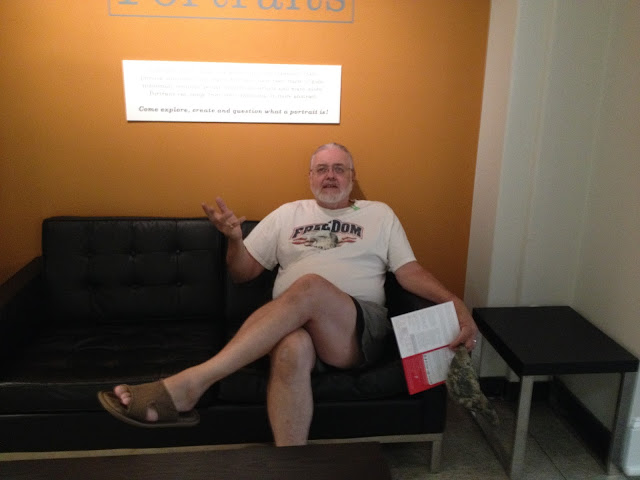 Silver was a big deal back in the day.  It still is for those who believe in investing in metals, but cannot afford to purchase gold.  This is the information on the photo beneath this. 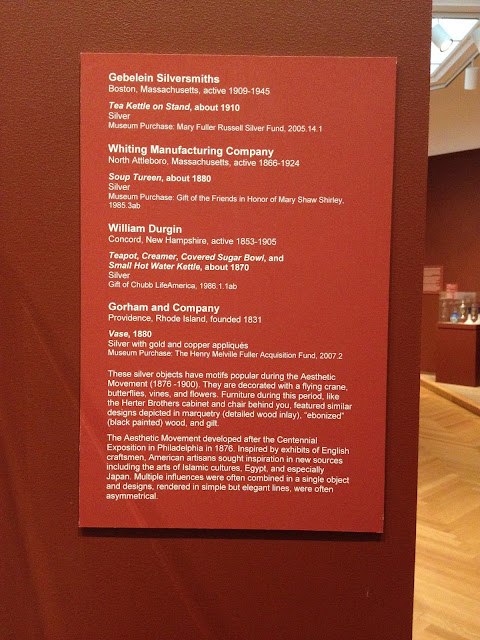 How would you like to serve tea and crumpets in these babies??..... 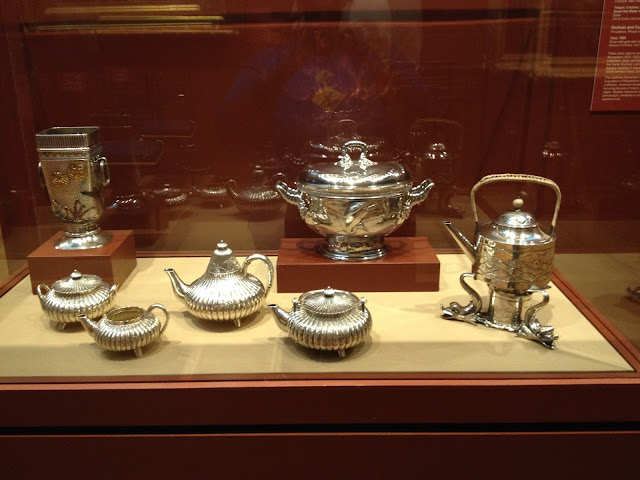 I don't know if I have ever seen a REAL Tiffany lamp before although I have seen lots of Tiffany "style" lamps.  This my friends, is the REAL DEAL. 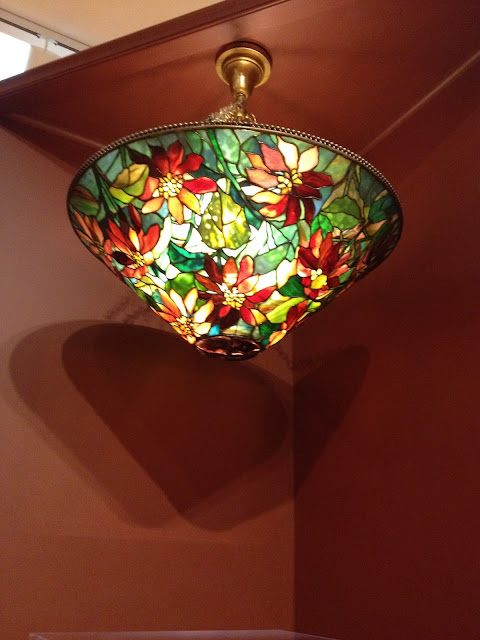 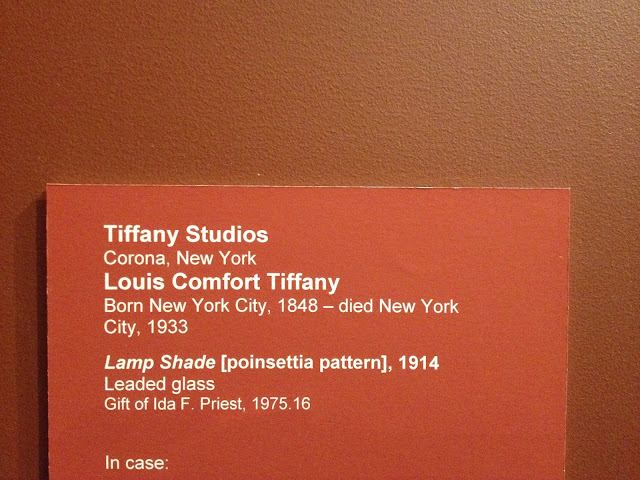 Now, this is an interesting piece which was supposed to be of a young woman who was blind.  When the volcano or meteor or whatever in the world happened at Pompeii happened, the story says that she "heard" the commotion but was unable to escape the danger and became immortalized in ash. 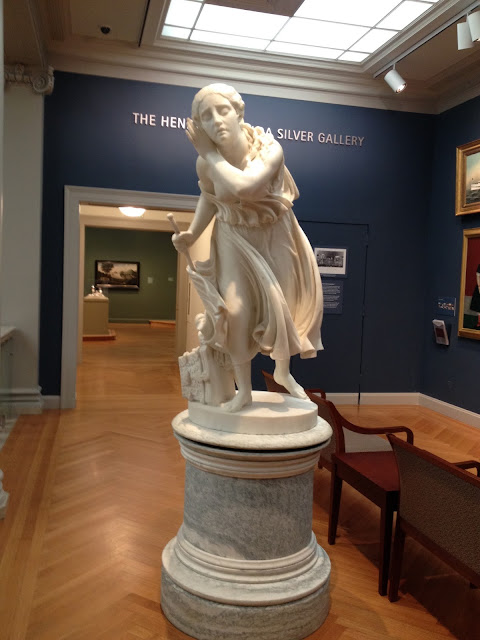 This is another piece of art that really grabbed my attention.  I LOVE the detail and was glad that I was able to take a picture of it.
Here is the information about the next photo. 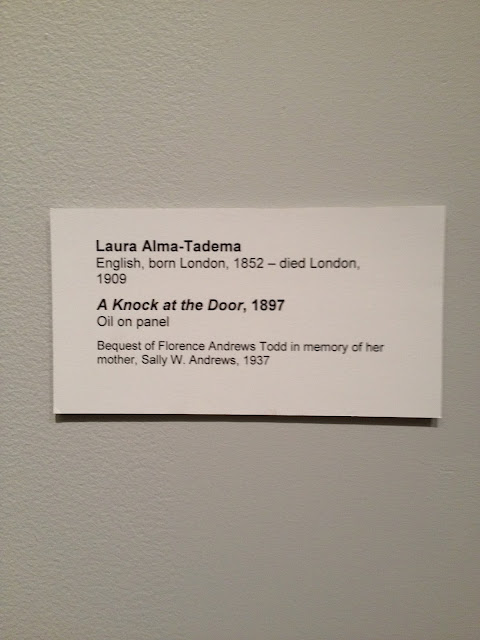 Is this not one of the most beautiful things you have ever seen?  wow.... 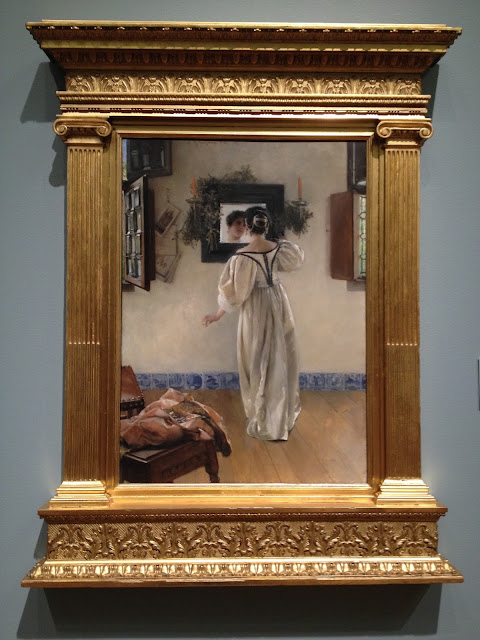 And I think this must be the tiniest tea set I have ever seen.  All done in Sterling silver. 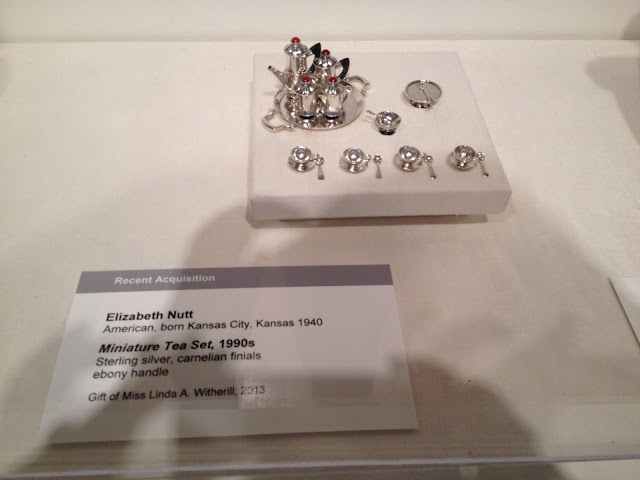 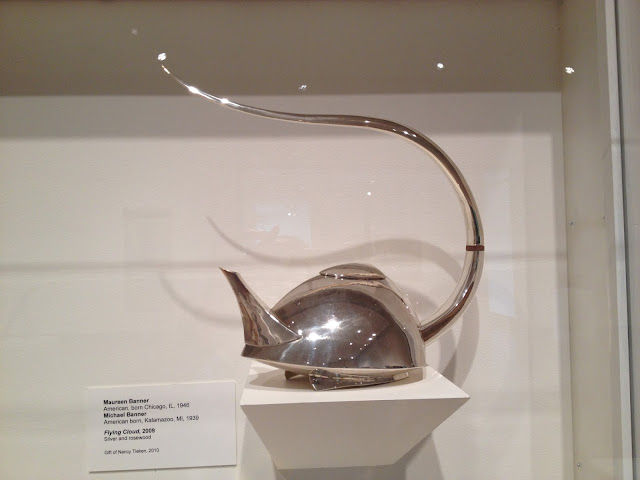 I only wish that you guys could have been there to see this things for yourself as my little phone camera does not do it justice.......seriously.  This looked like you could reach out and touch each piece! 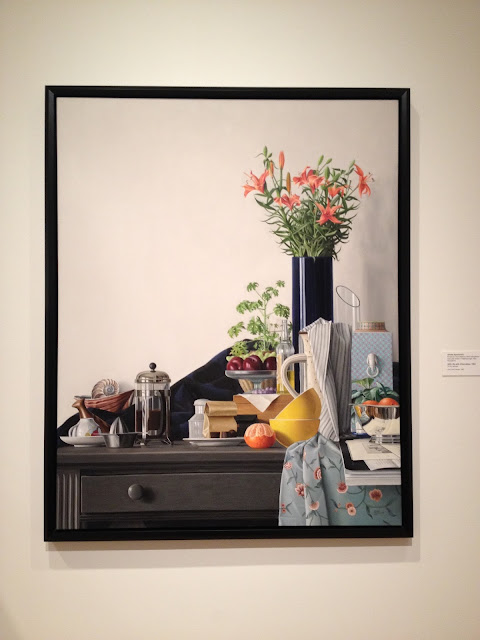 I think this is what was known as a "fainting bench" or something like that.  Not sure about that and the write up about it was kinda behind a line and up on a platform that I did not want to take the risk of crossing. 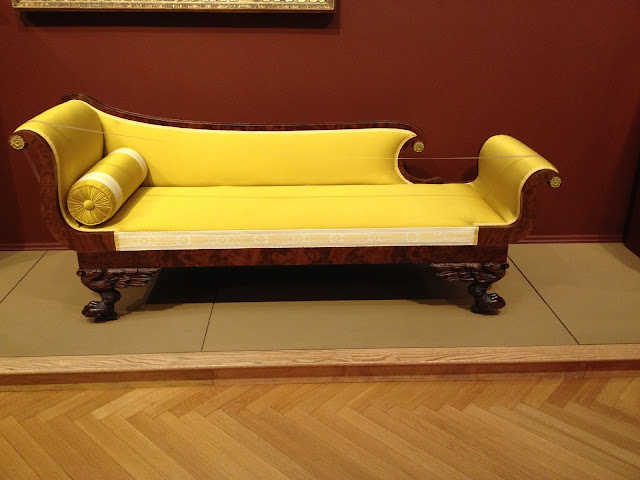 Here is the write up about it.  It is Grecian made.  Nice, but I would change the color.  That is TOO MUCH excitement for me! ha 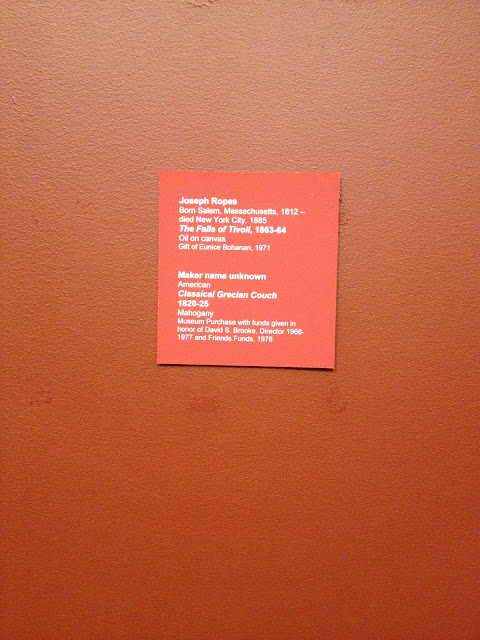 Well, that was about it that I could actually take pictures of.  I was allowed to go into the cafeteria and take some pics even though it was closed already.  Here is one angle of the room. 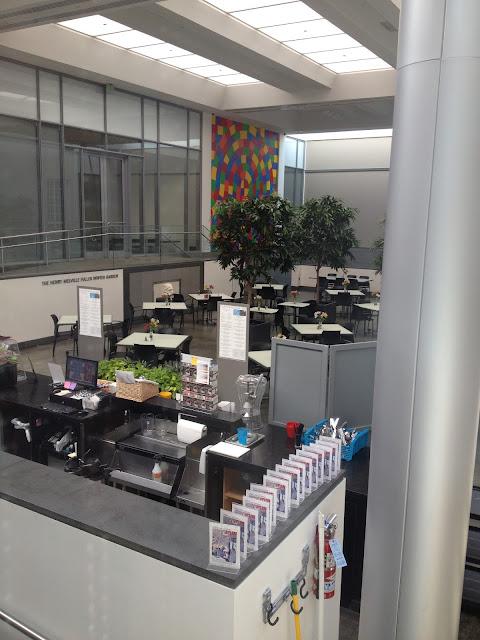 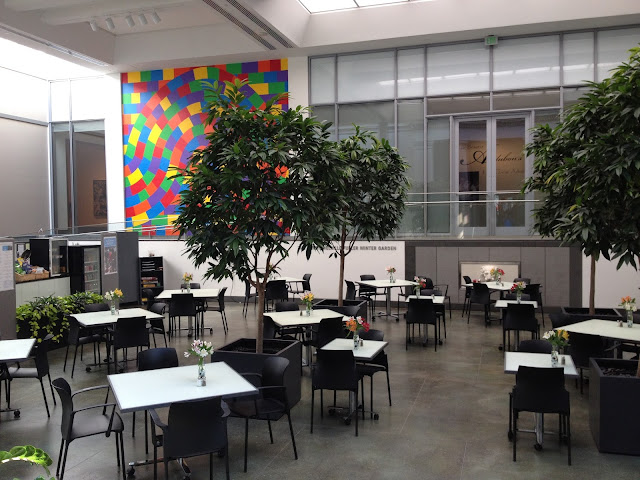