The Raspberry and Rascal Fall Run!

We had gotten word that the weather was about to take a DRASTIC turn from what we had been having. I could tell that it was going to change by the fact that we were able to build a fire in our backyard the night before.  It's nice to be home again.  We are not able to do this where we live in Canada....:-(. 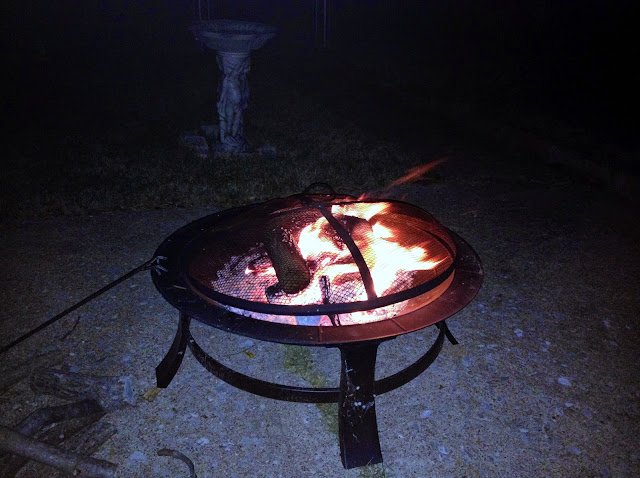 It was a beautiful night.  The sunset which I get to see every evening was pretty as always. 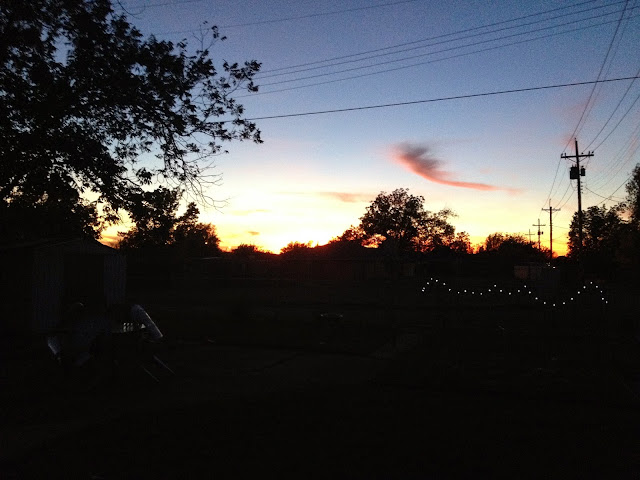 I remembered that Chris told me that when he tried to start Raspberry the other day, that she was not very cooperative at first.  So, I decided since she was "older" than Ruby, I would take her out.  Hopefully, before the weather changes permanently, I will be able to take Ruby out as well.  We did a short run down to one of the local parks. 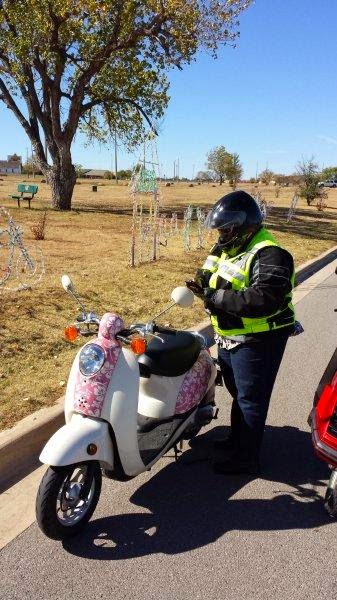 To my surprise, they were already putting up Christmas decorations throughout the park! 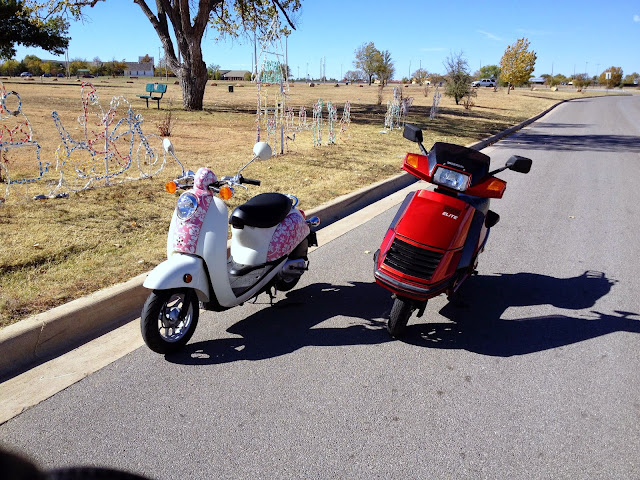 But I must say, they looked better with "Sir Scraggle McStudley" in the picture.....:-) 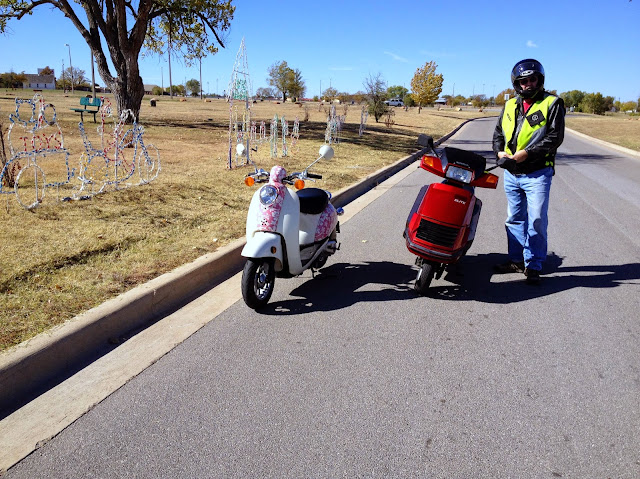 The park is a fair size and we had not been through all of the roads with our scooters before.  We took a small detour and found more decorations. 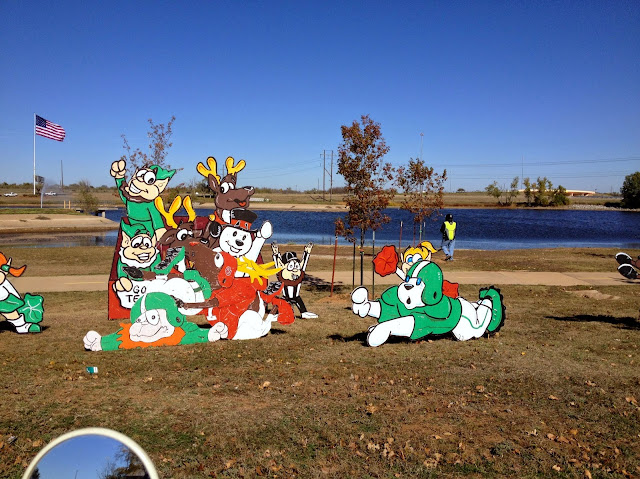 It was quiet and peaceful there.  "Old Glory" was flying high in the background.......My country, tis of thee; sweet land of liberty, of thee I sing".  I don't like the rest of the song, so I'll just stop there...ha. 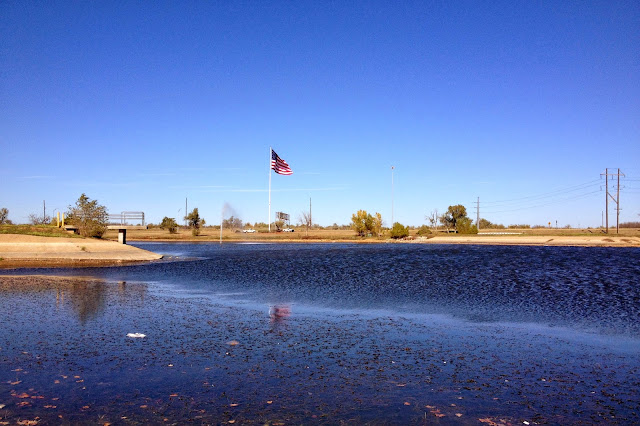 It was getty very WINDY!!  I looked like a star fish! haha.  Or perhaps a sea urchin in a visi vest! 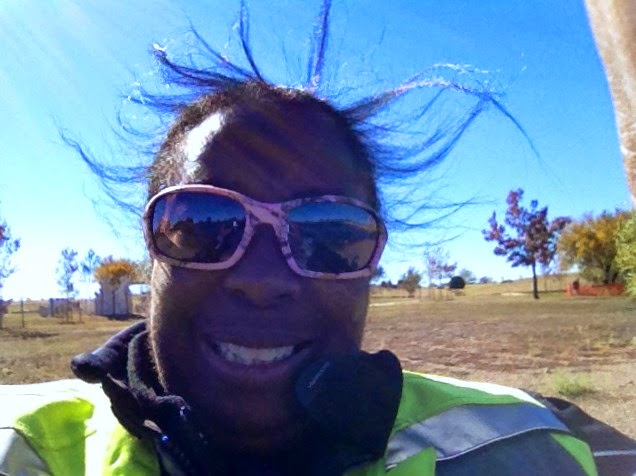 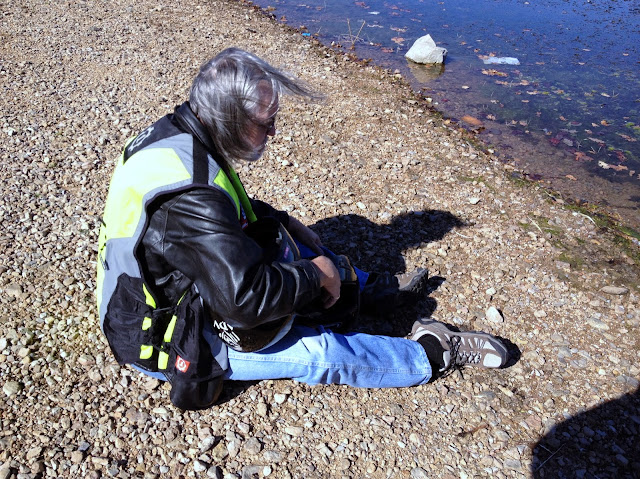 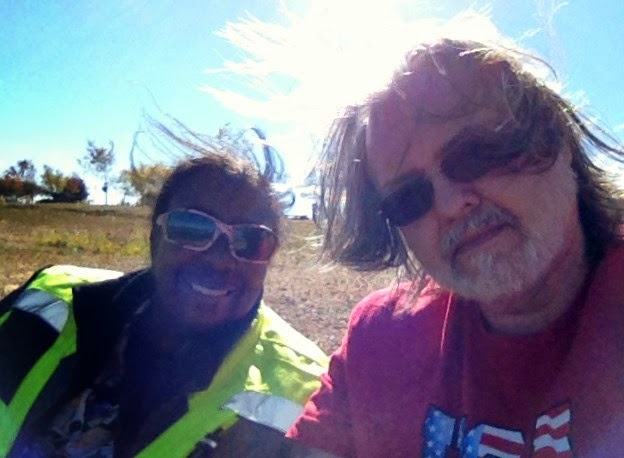 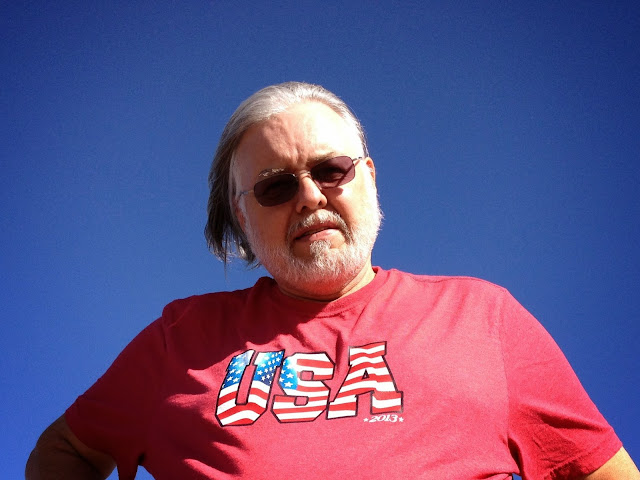 Even though it was windy, we were enjoying the warm sunshine while it lasted. 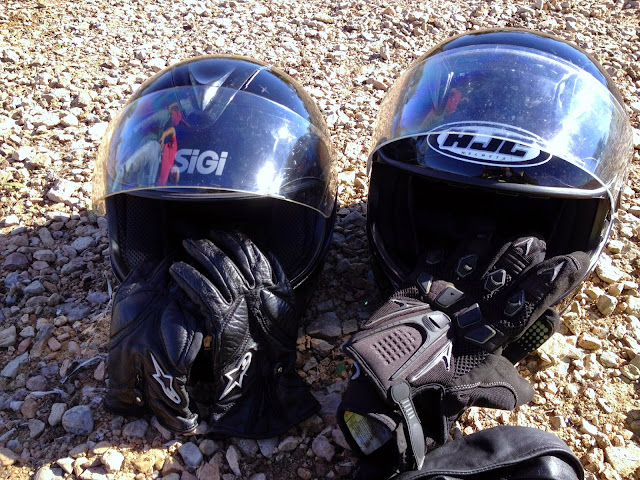 We made our way back to the bikes and I attempted to do what I have seen my old friend BobSkoot do; and that is to take a picture of myself in my mirror.  Well...... I forgot to clean the stupid mirror.....:-(.  Sorry about that. 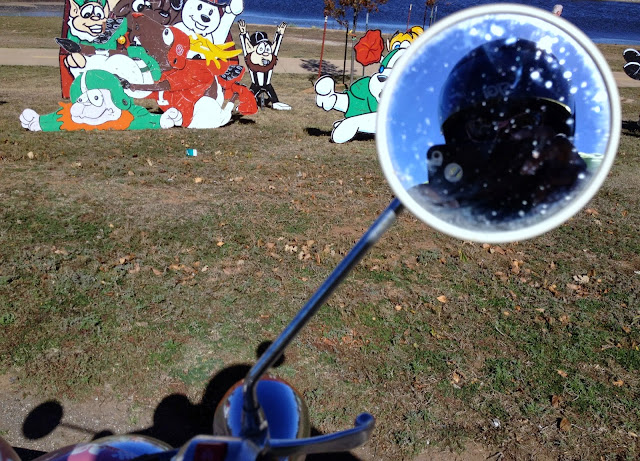 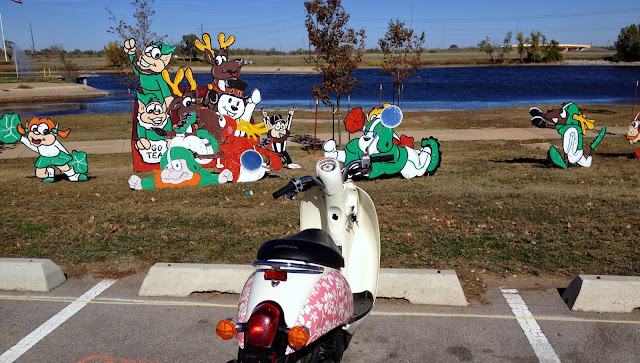 The temperature dipped to 32 degrees, so I asked Chris to pull the batteries out  all three until we decide when to bring them in the house for the rest of the year. 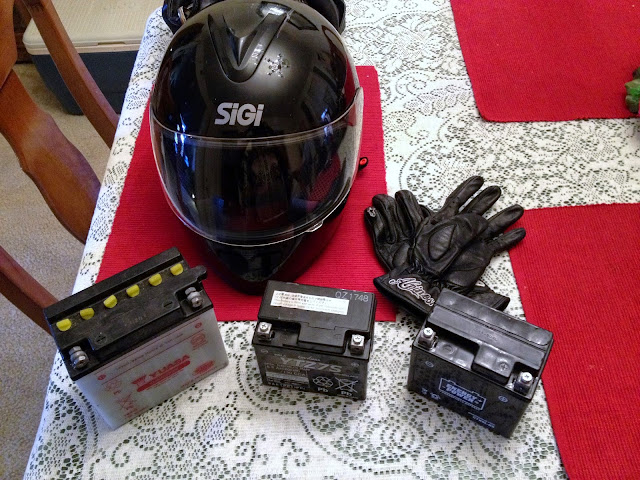 My hope is to be able to ride Ruby at least once before then.  Until then, I'll just keep my toes warm in the house! 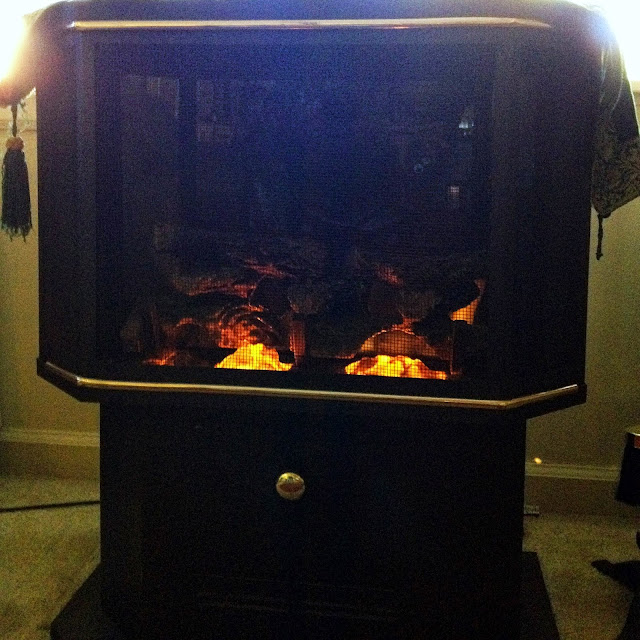