When we got up, we decided to just hit the road and get some drive through coffee.  Chris went out to get the car turned around in the right direction. 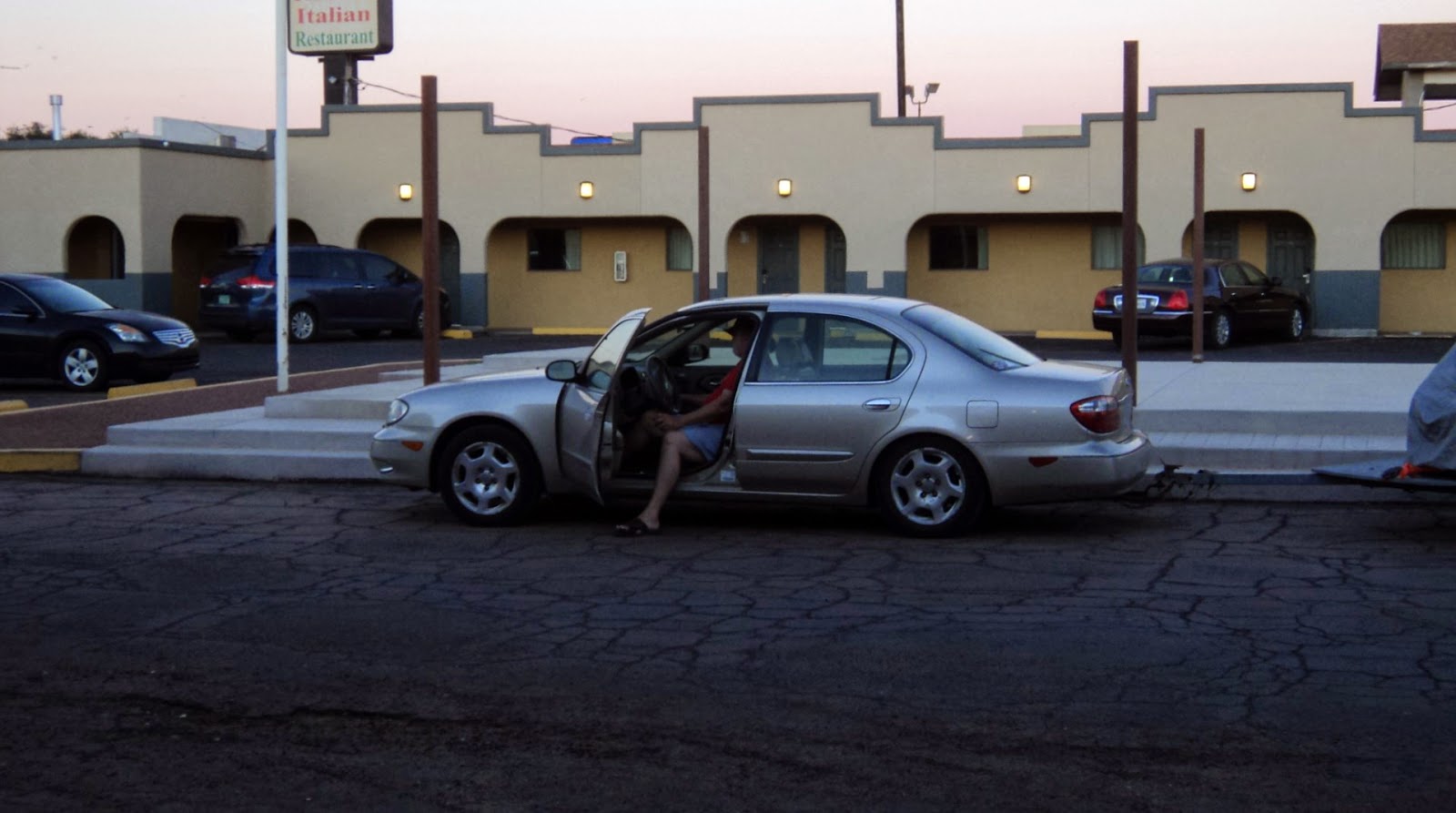 It didn't take us long to load the car as we were both anxious to get home.  It had been a long trip. 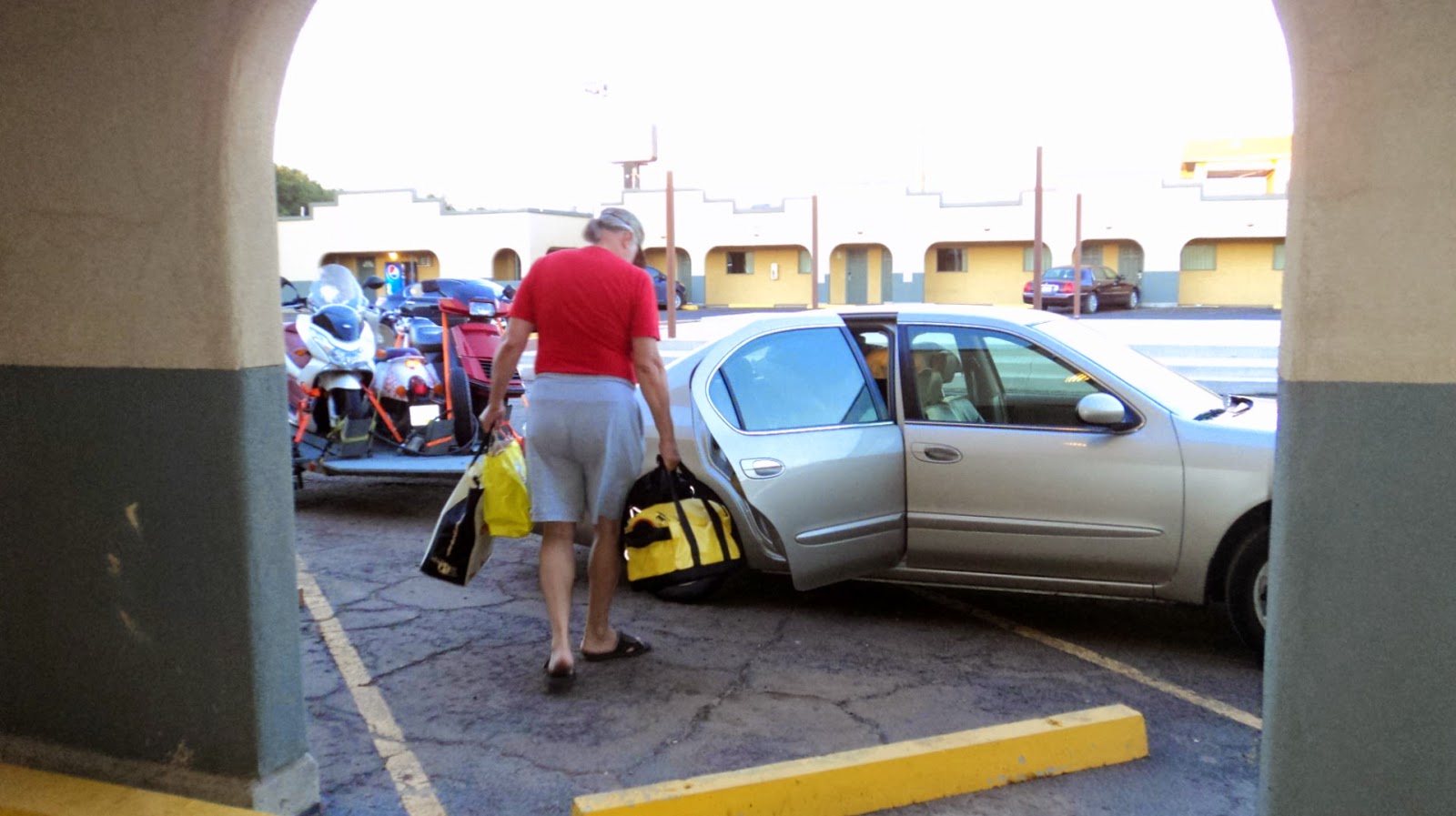 It took us just a few minutes to reach the Texas state line.  It won't be long now! 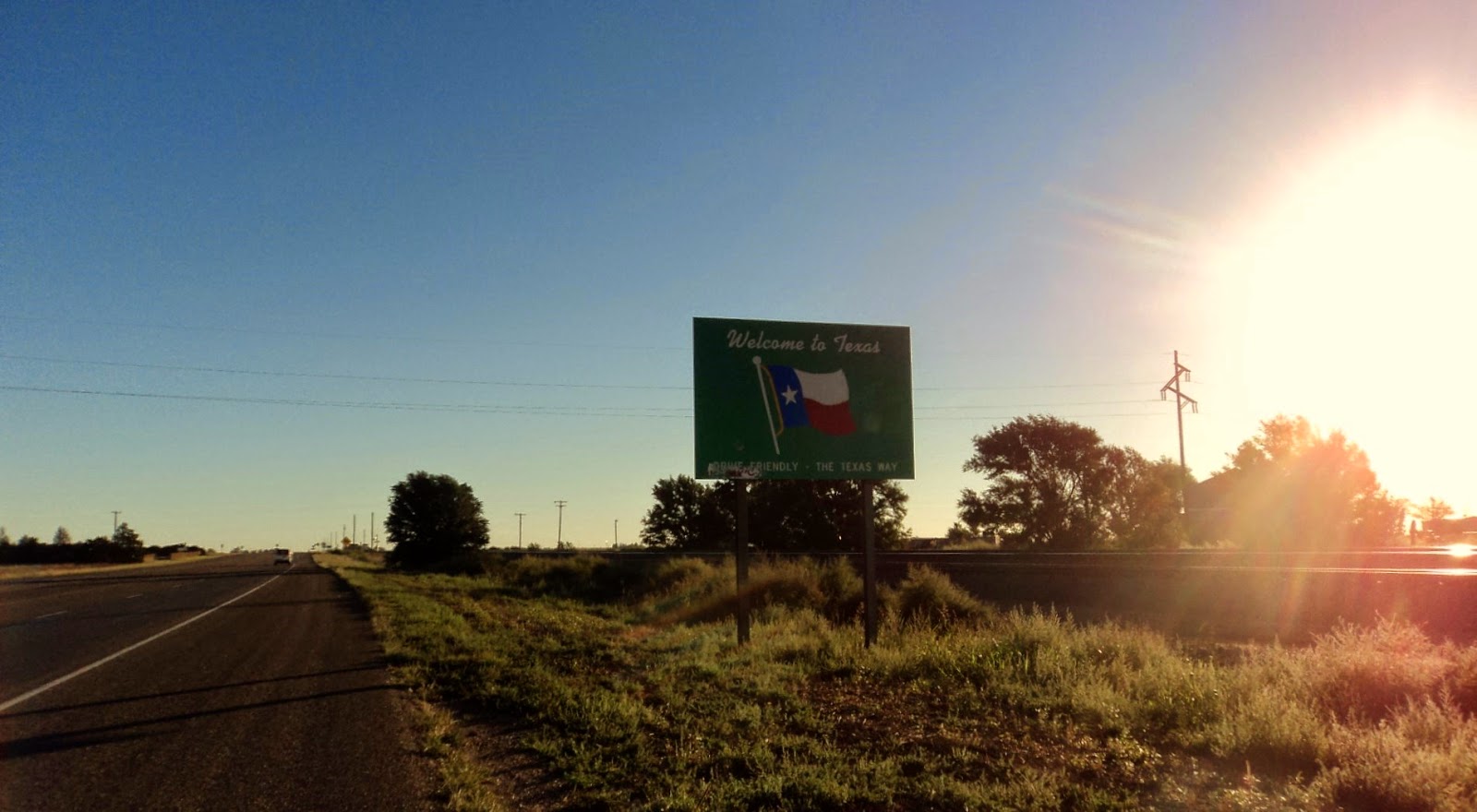 The hills in Texas and Oklahoma are so small compared to the ones that we have seen along the way.  It has been said that some parts are so flat that if you let your dog lose, you can see him running for three days! hahaha 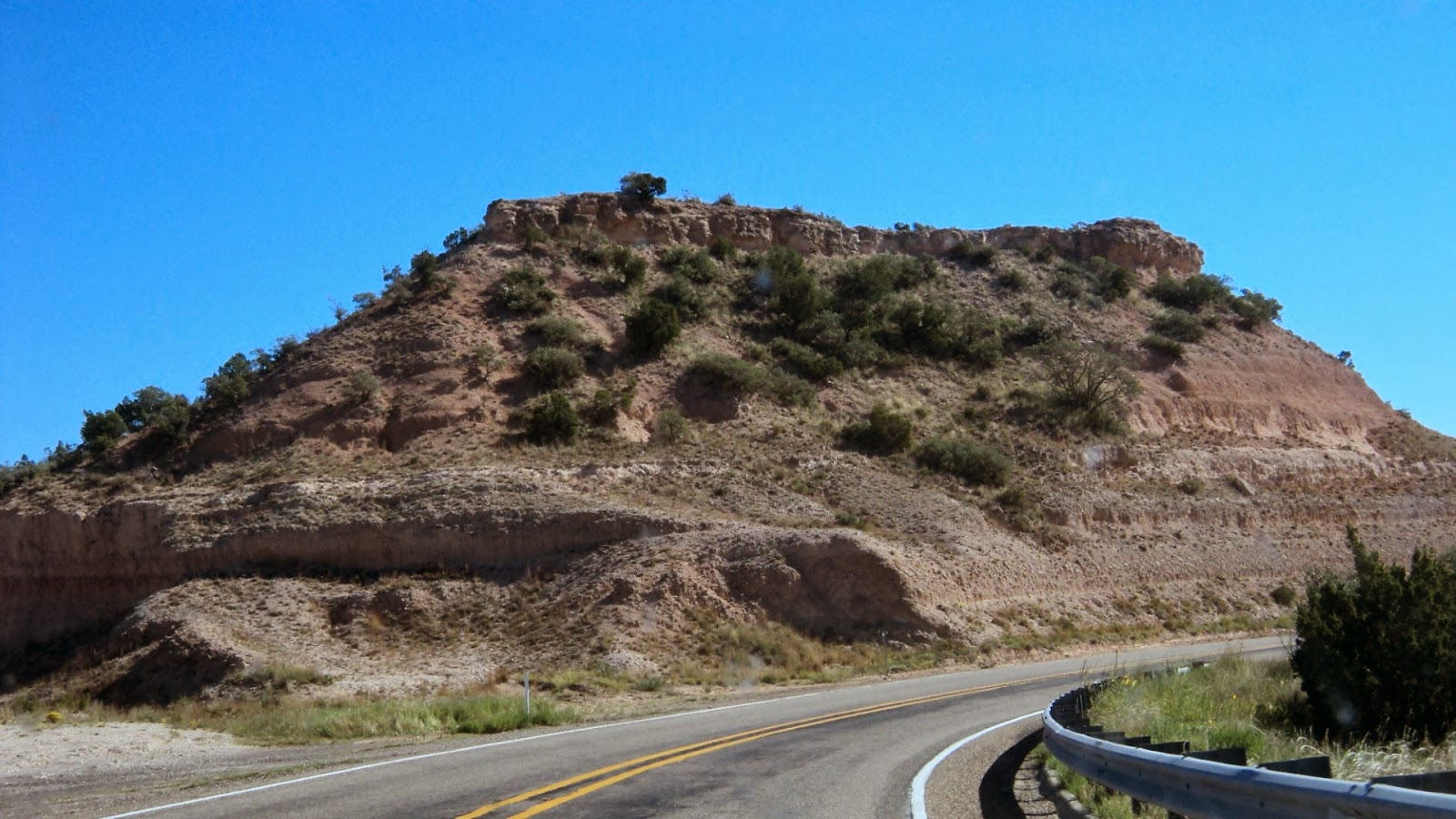 It was time to fill up in the land of cheap gas.  Well, if you live here it doesn't seem that cheap.  But coming from Canada where we pay $6.00 a gallon......this is CHEAP! 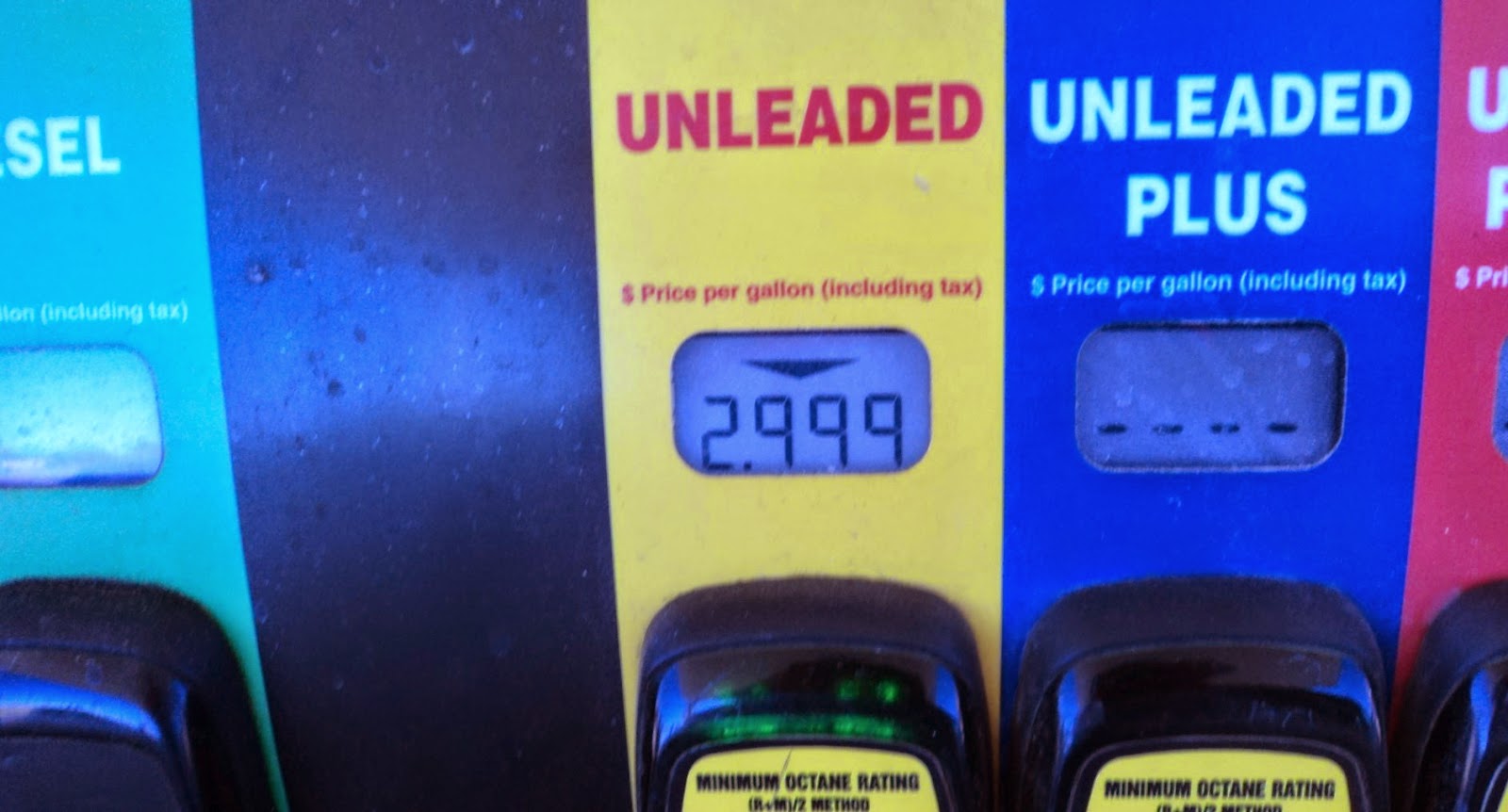 I had a look at the front of the car on the way back from the rest room and discovered that we had a hitch hiker that didn't fare so well on the trip.    .........gross.  We'll have to make a run to the car wash once we get things settled in. 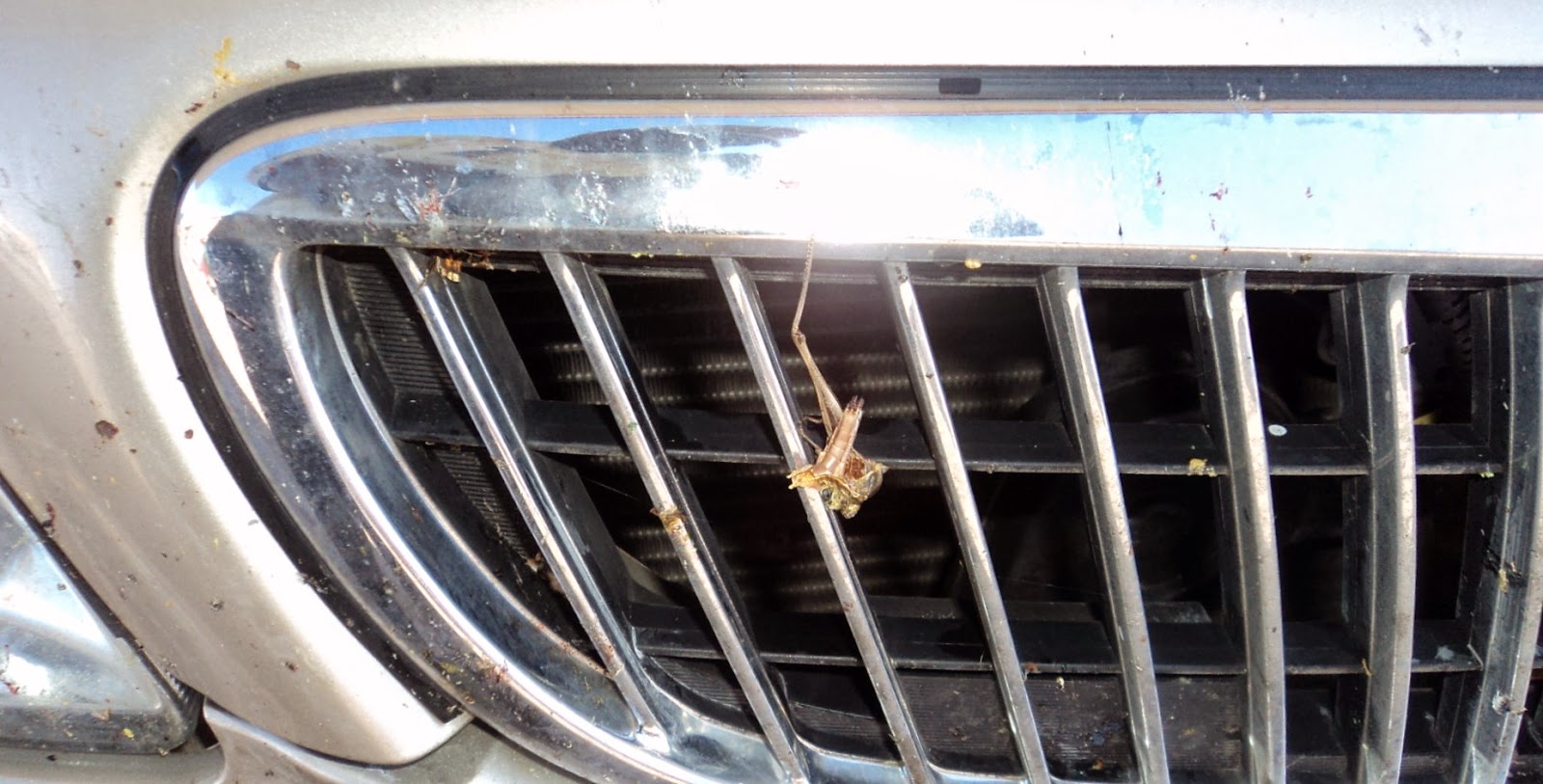 Now, what is taking that man so long? 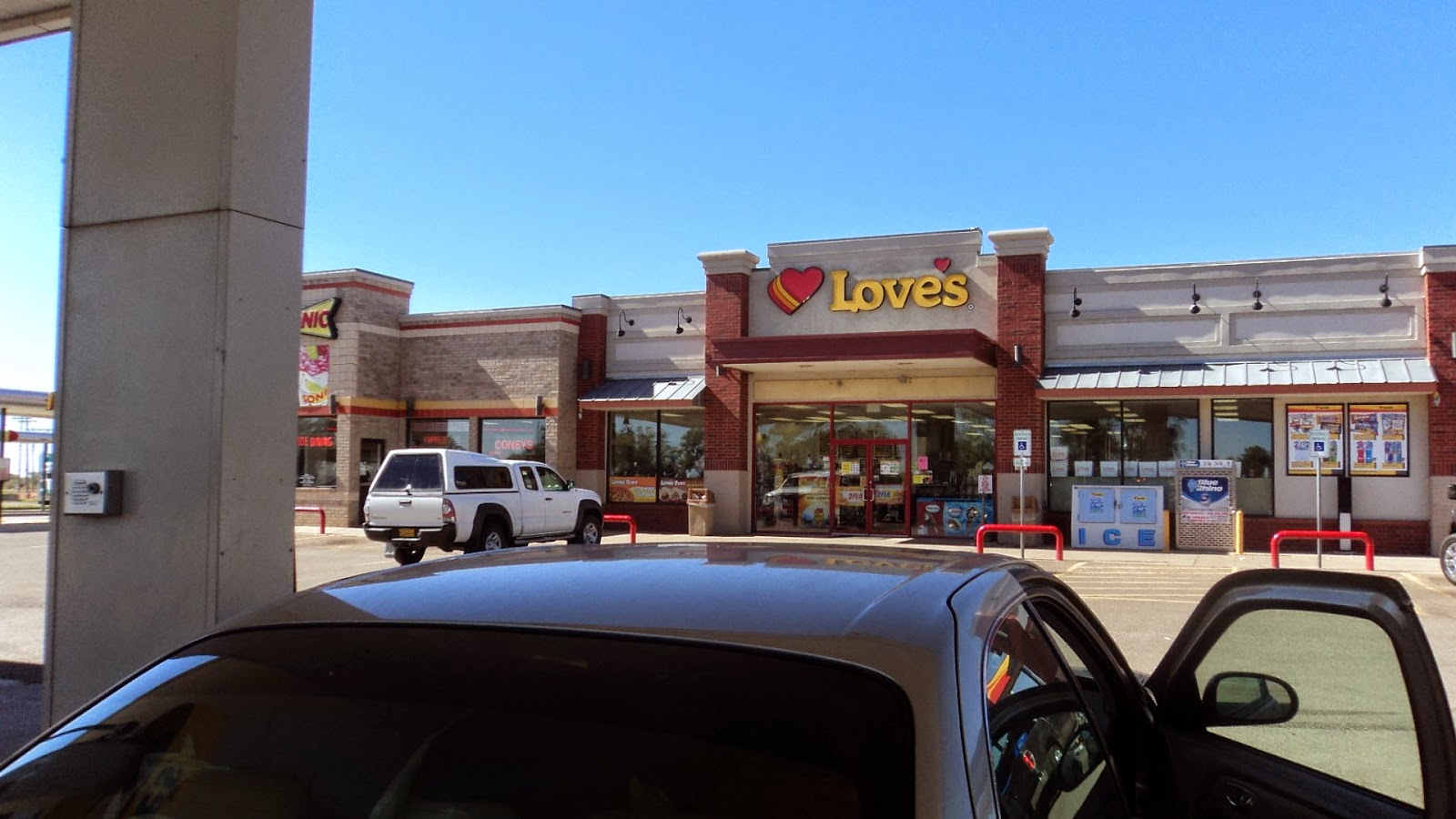 There he is!  And he made it out of the store without snagging some cookies for the road....:-). 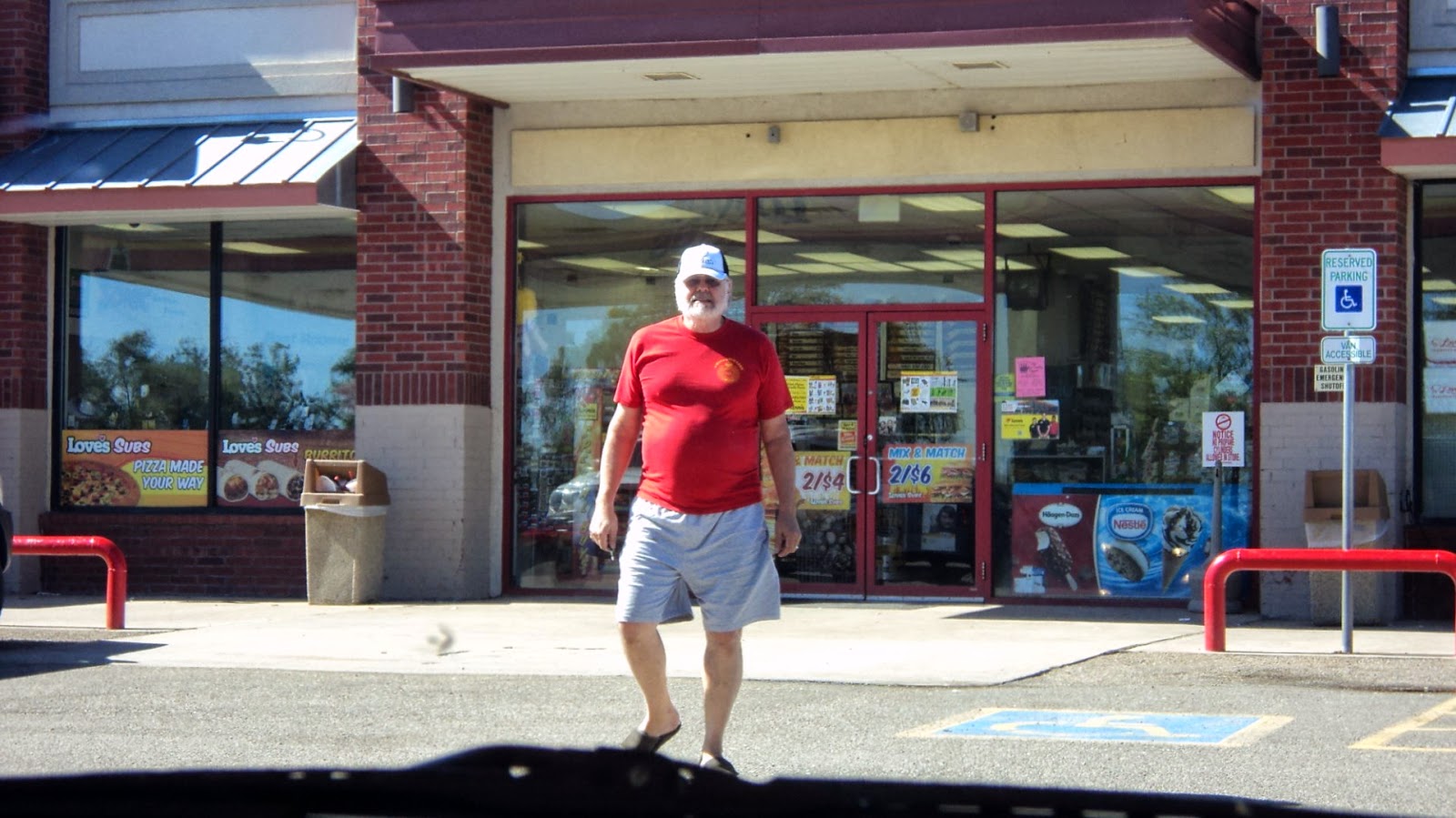 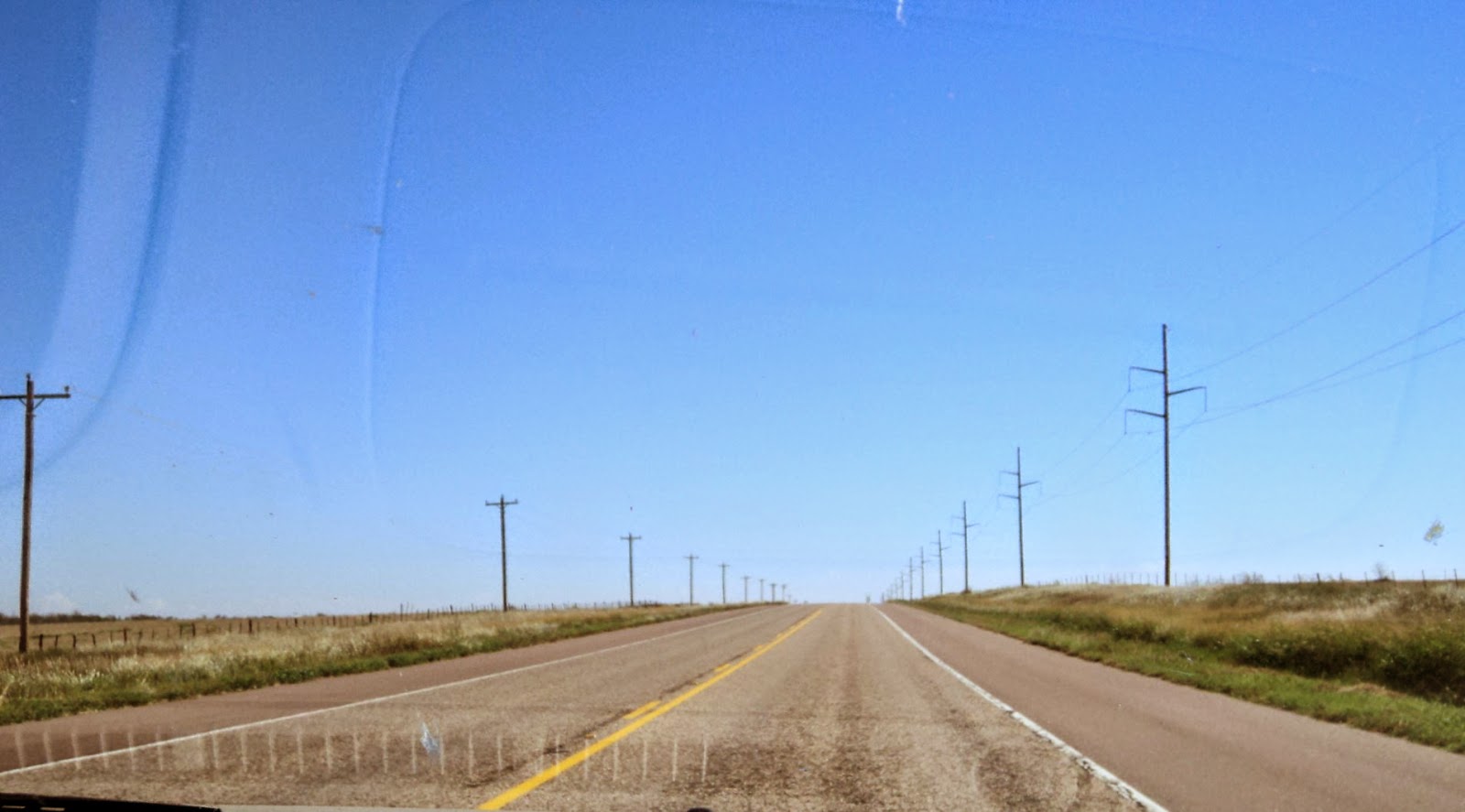 We started passing through the little towns along the way.  This one is called Hollis.  It is a dying town and looks even more dead from the last time we came through. 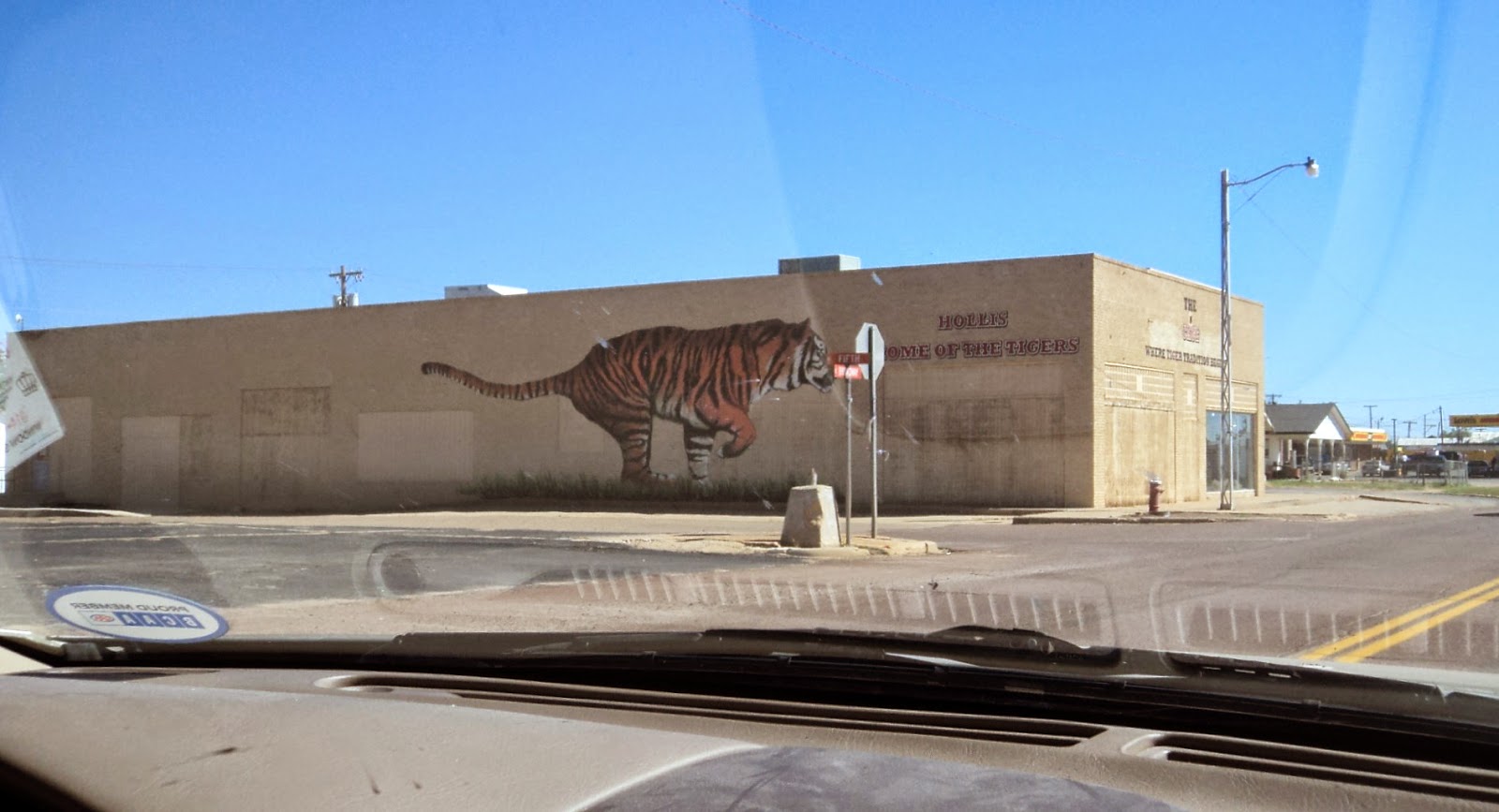 the next town over was Altus which is a military town with an airbase.  Looks like they have a new restaurant in town.  We needed to eat and figured once we got home, we did not want to go out again for food.  I had already put in my disclaimer that I was NOT cooking! ha 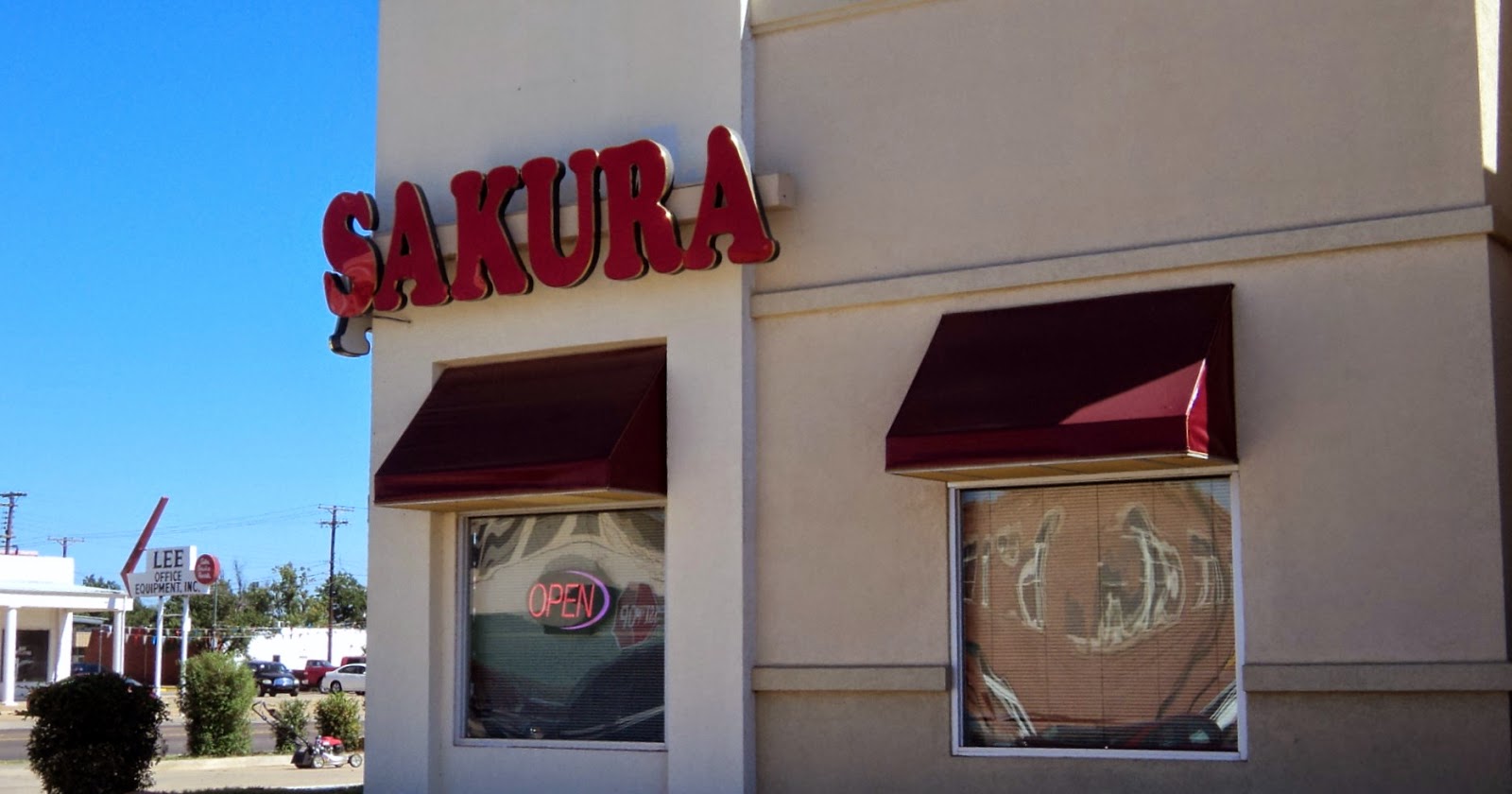 Somebody is very sleepy and needs to eat pretty quick. 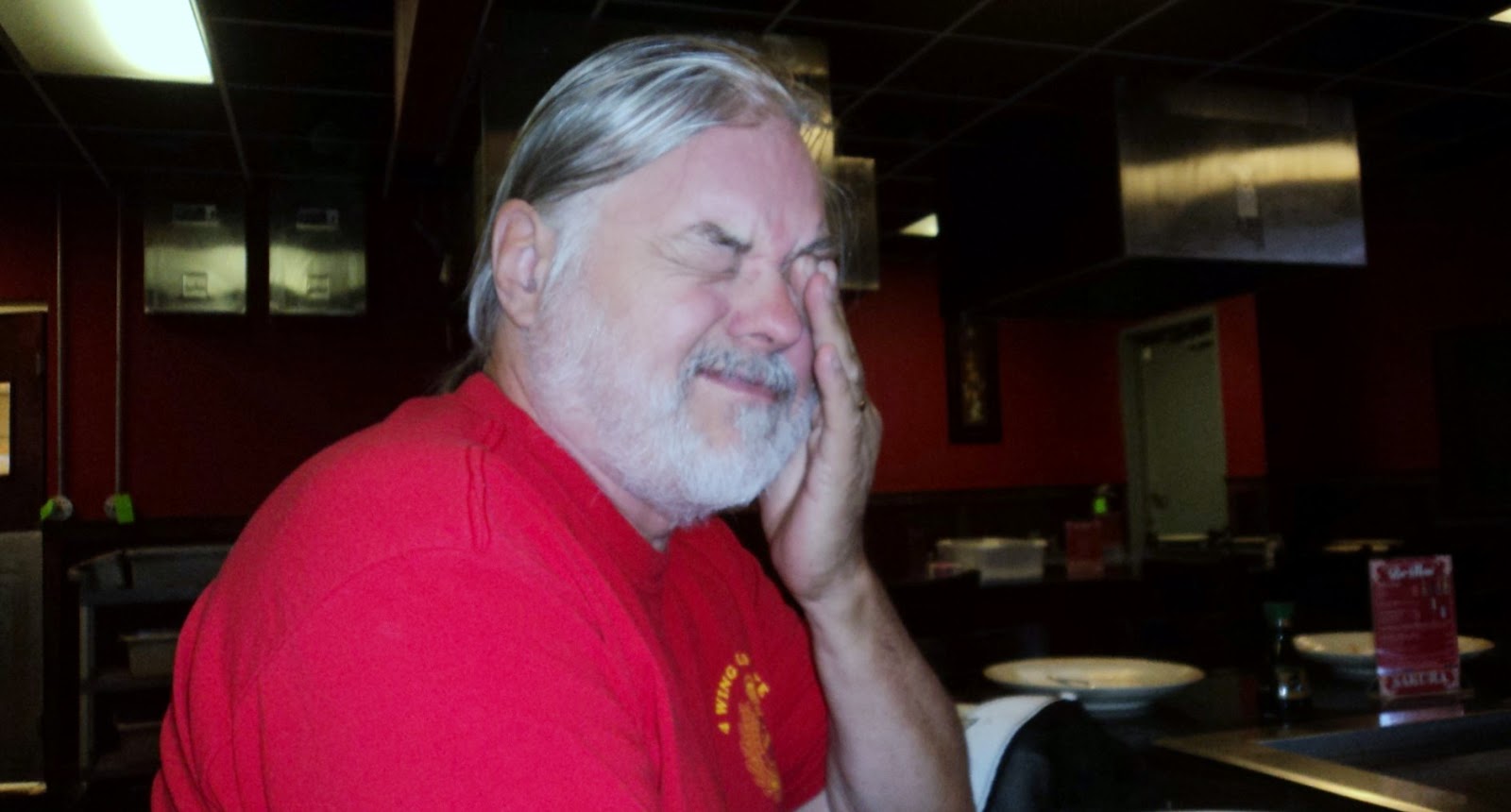 We decided to go the hibachi side of the restaurant and see how it was. 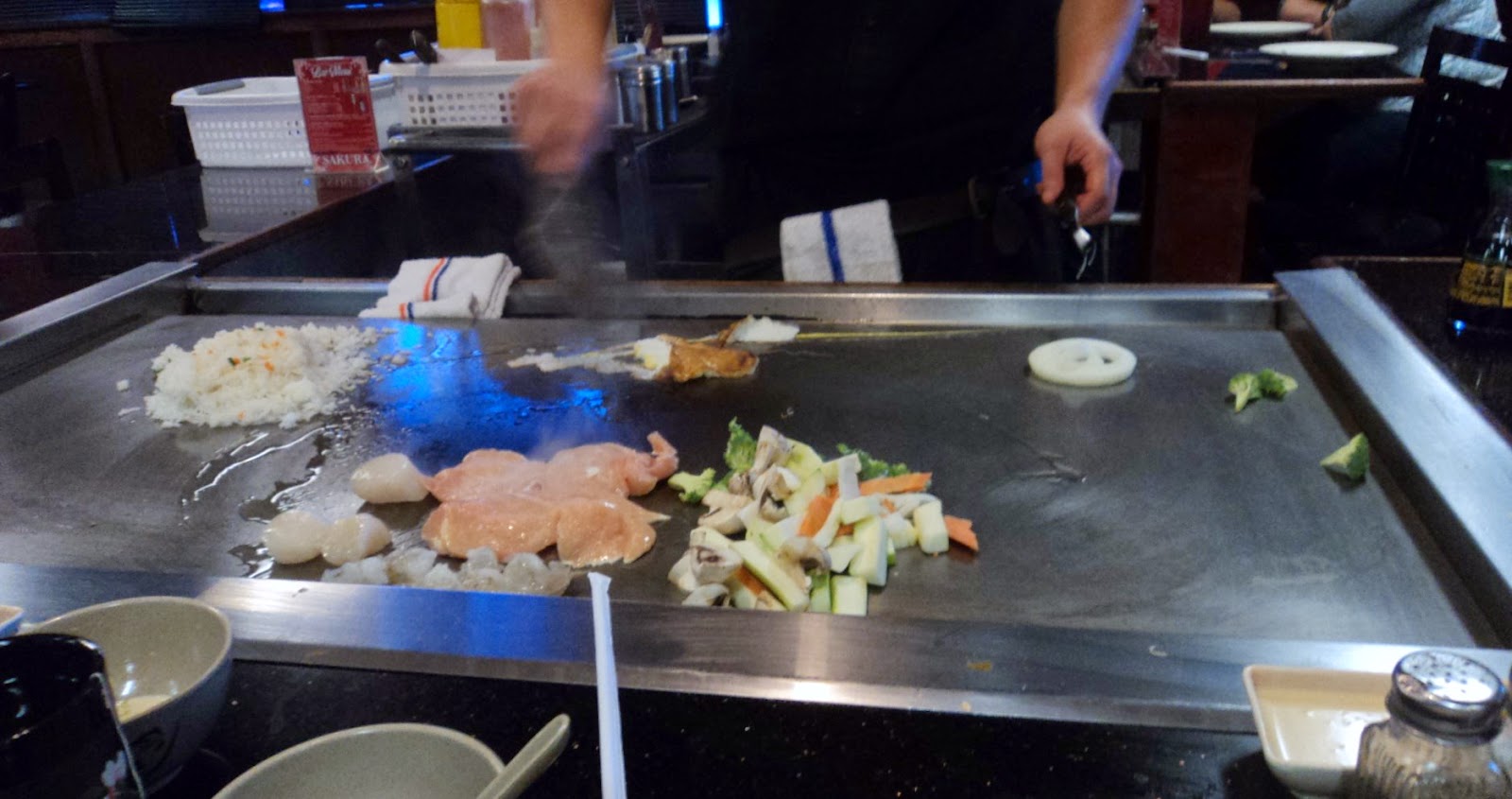 the chef came out and started working on our orders after a few lame tricks with his spatula and fork.

I ordered chicken and scallops......Here is the finished product.  It was salty and the chicken was over cooked......:-(.  I had had better at a different restaurant in my own town. 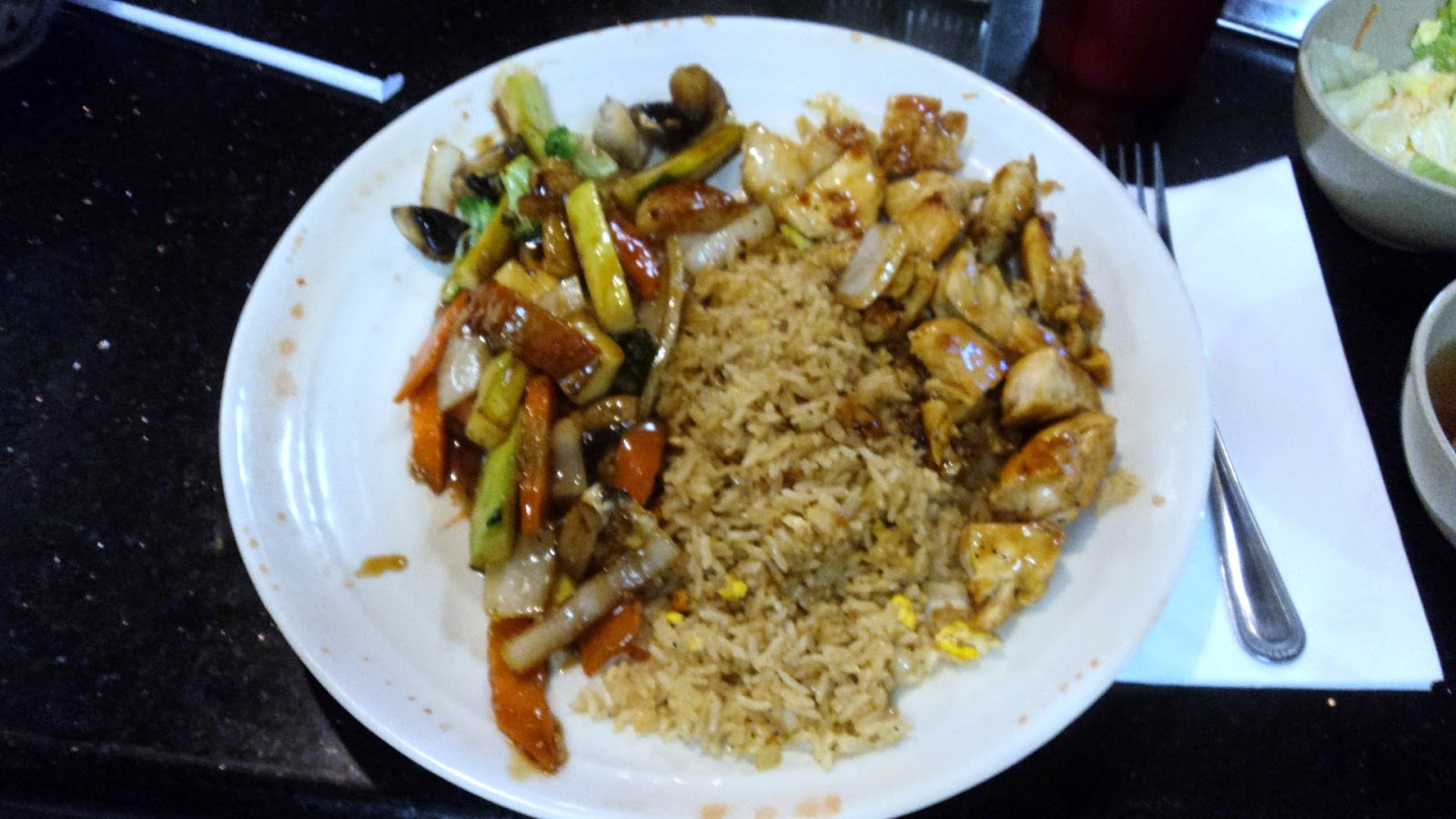 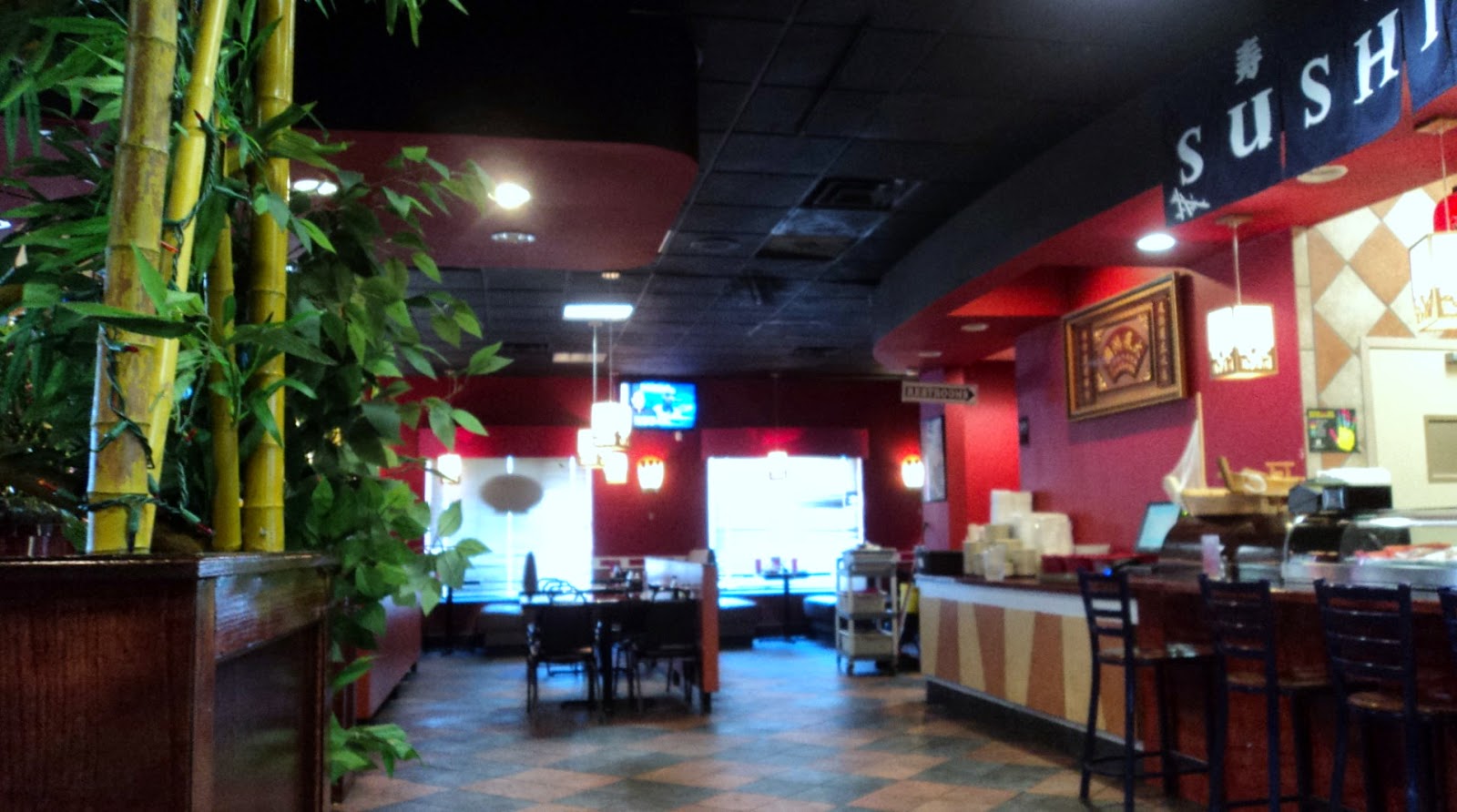 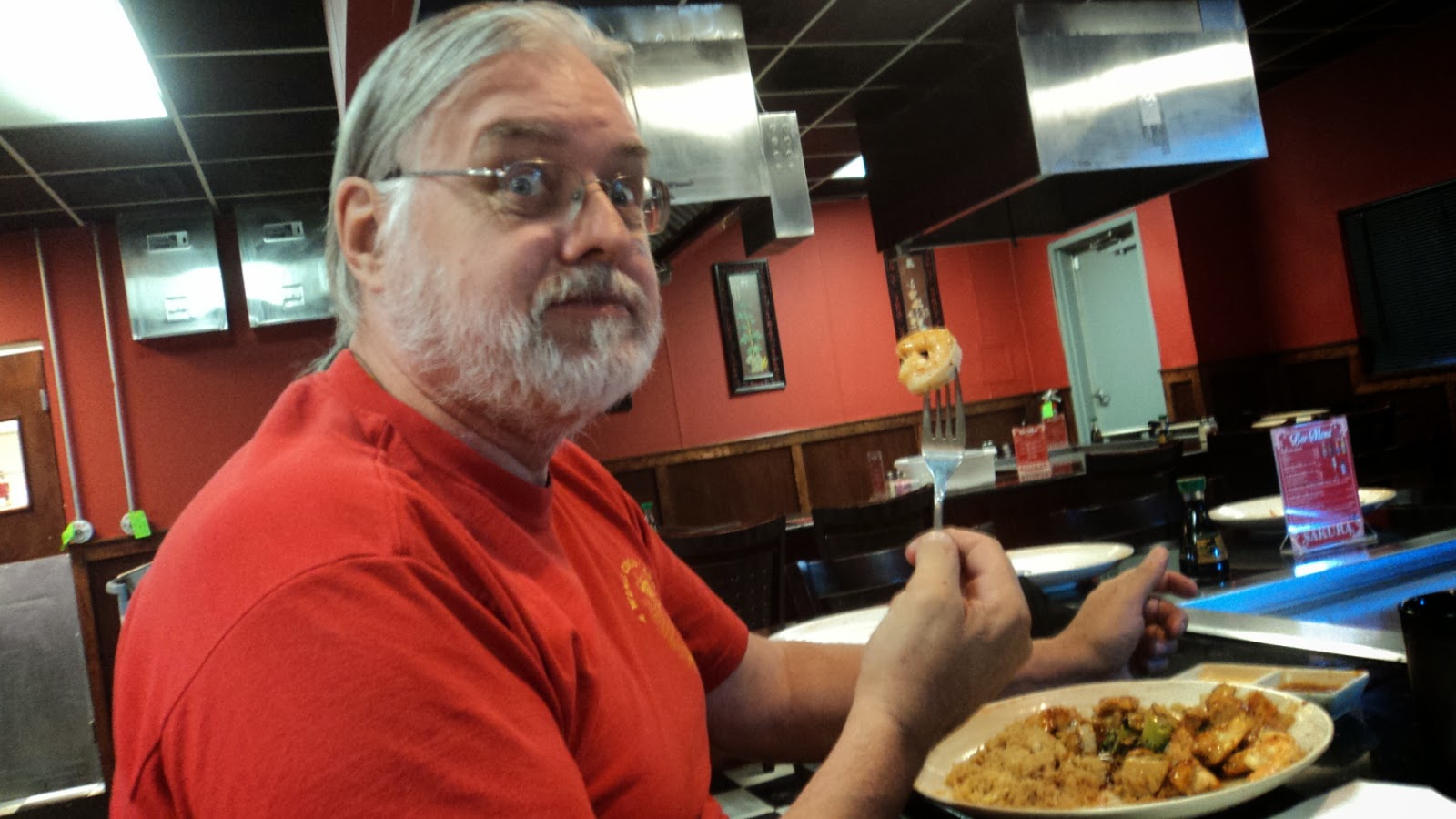 We are 40 minutes from our destination.  I'm feeling excited and hoping that nothing is wrong once we arrive.  There usually is when you own an older home!  And sure enough not 30 mintues after our arrival, the internet went out and could not be repaired until the next morning.  So, this posting is a day behind.   The repair man just left! 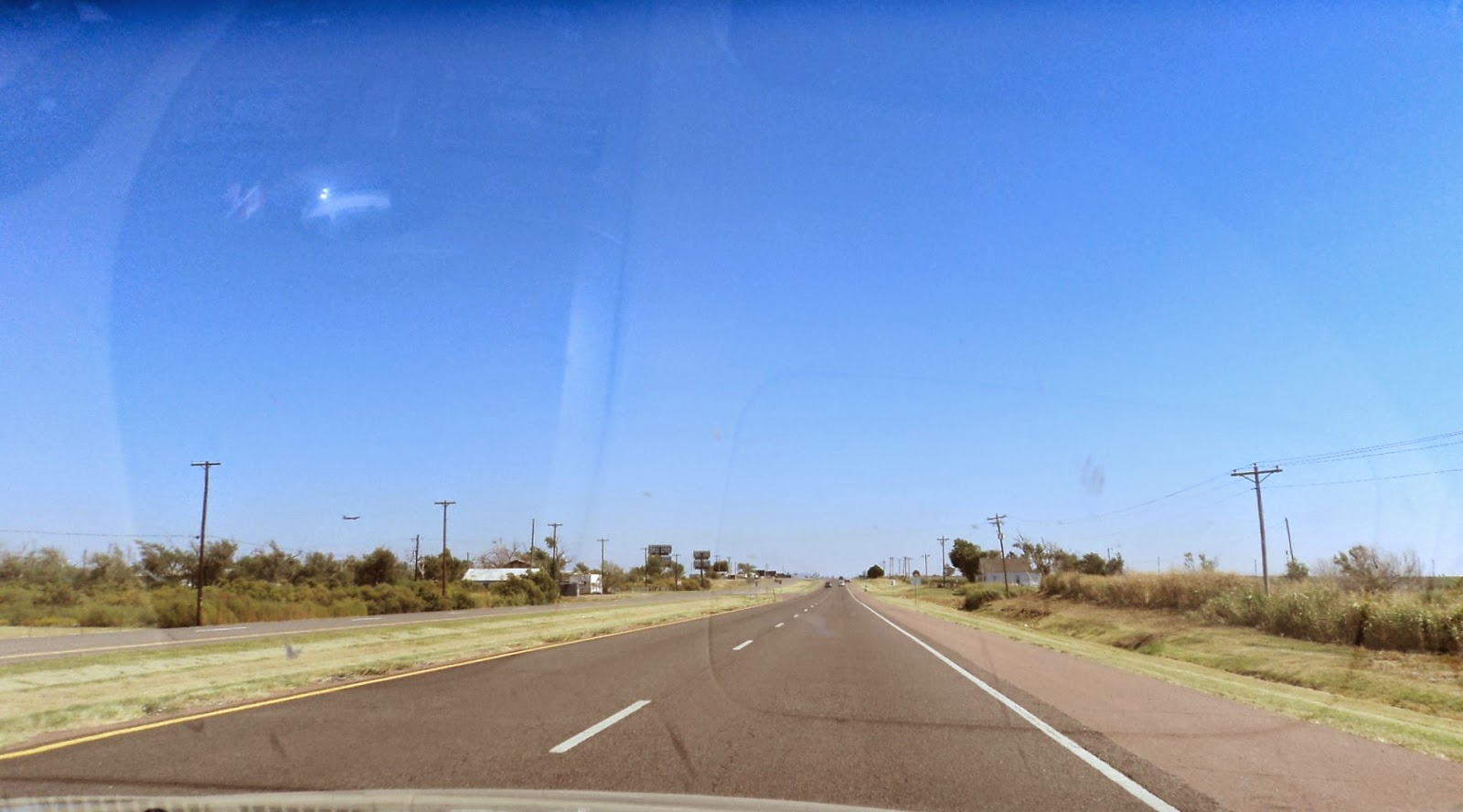 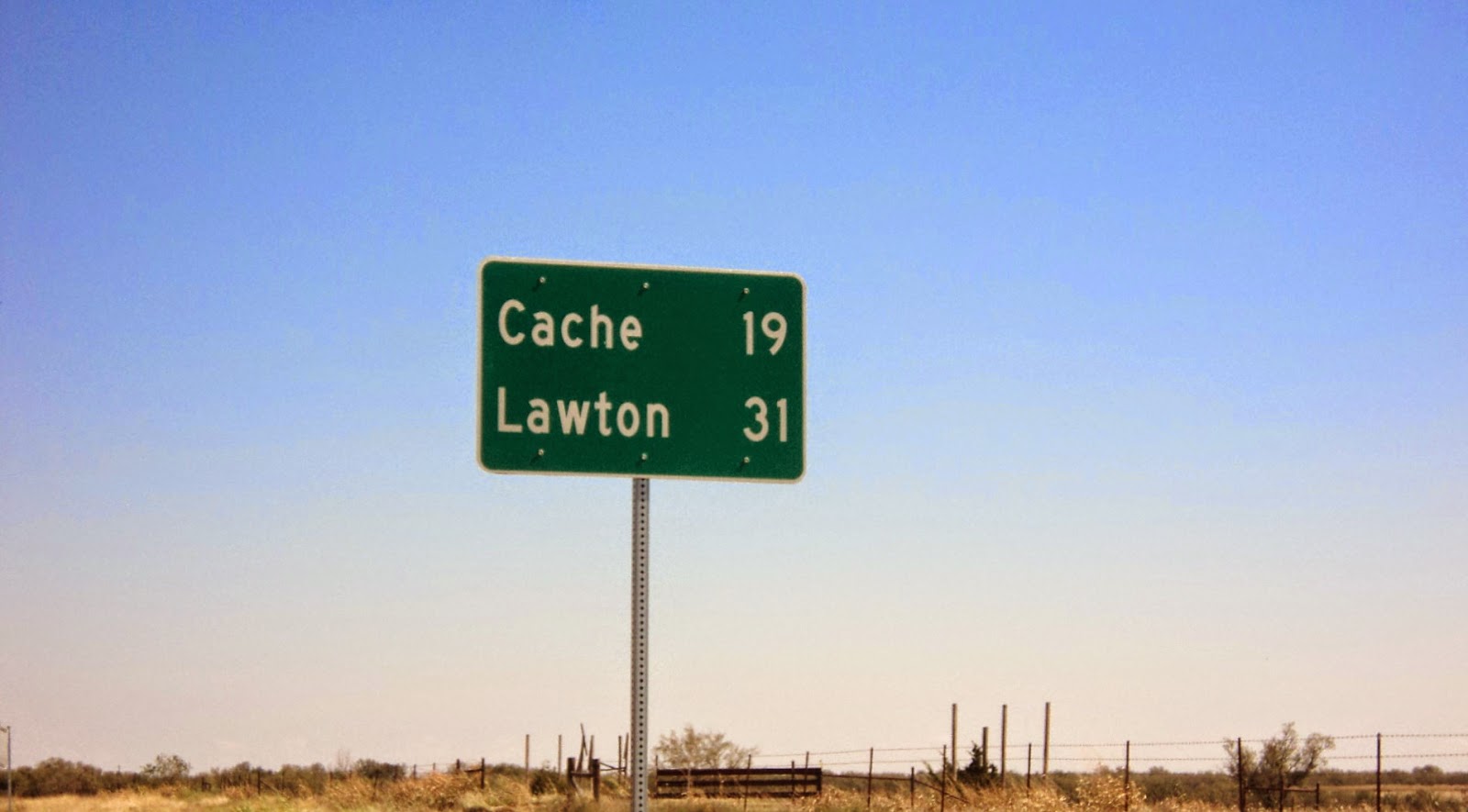 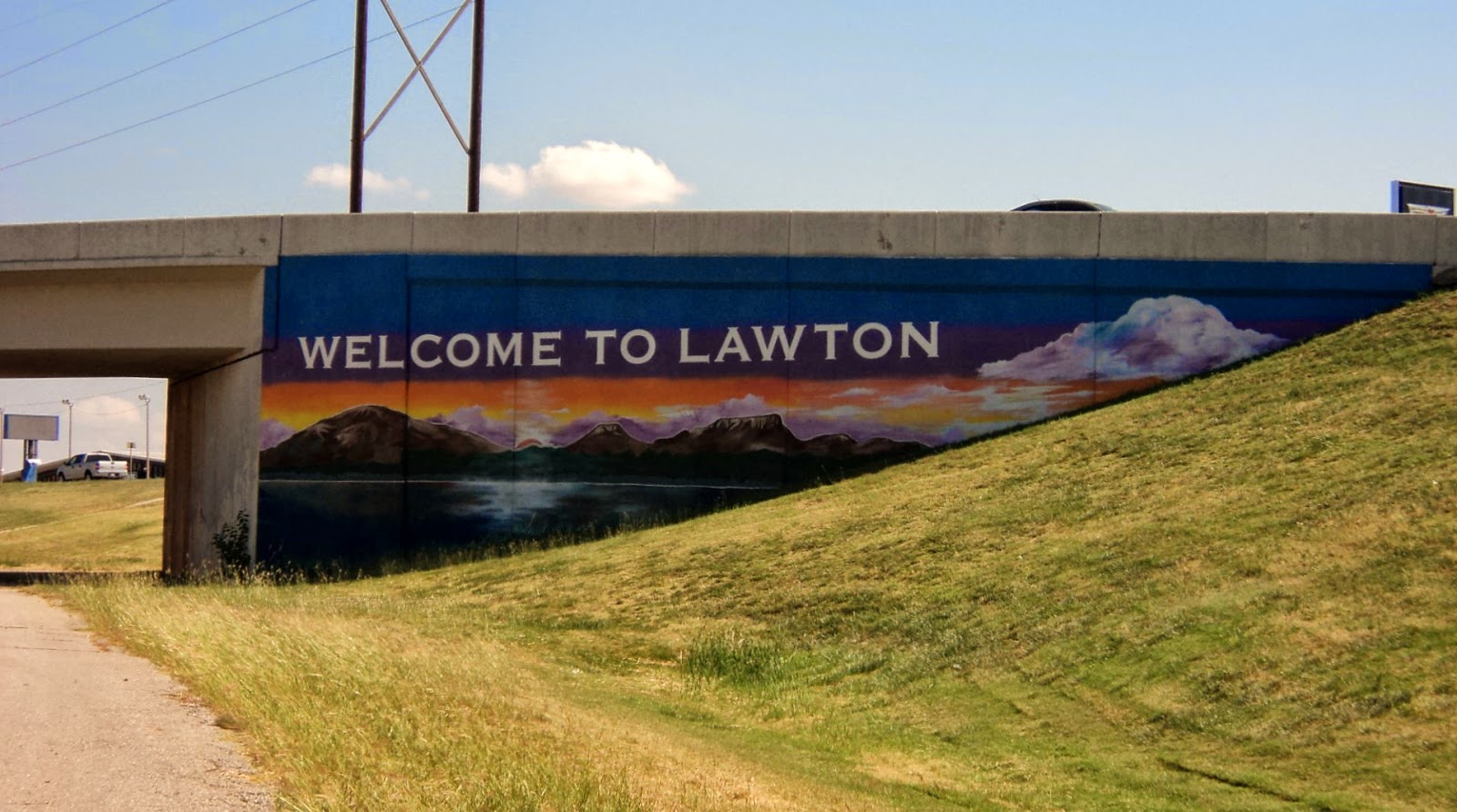 Our first order of business once we arrived was to unload the bikes and get the situated. 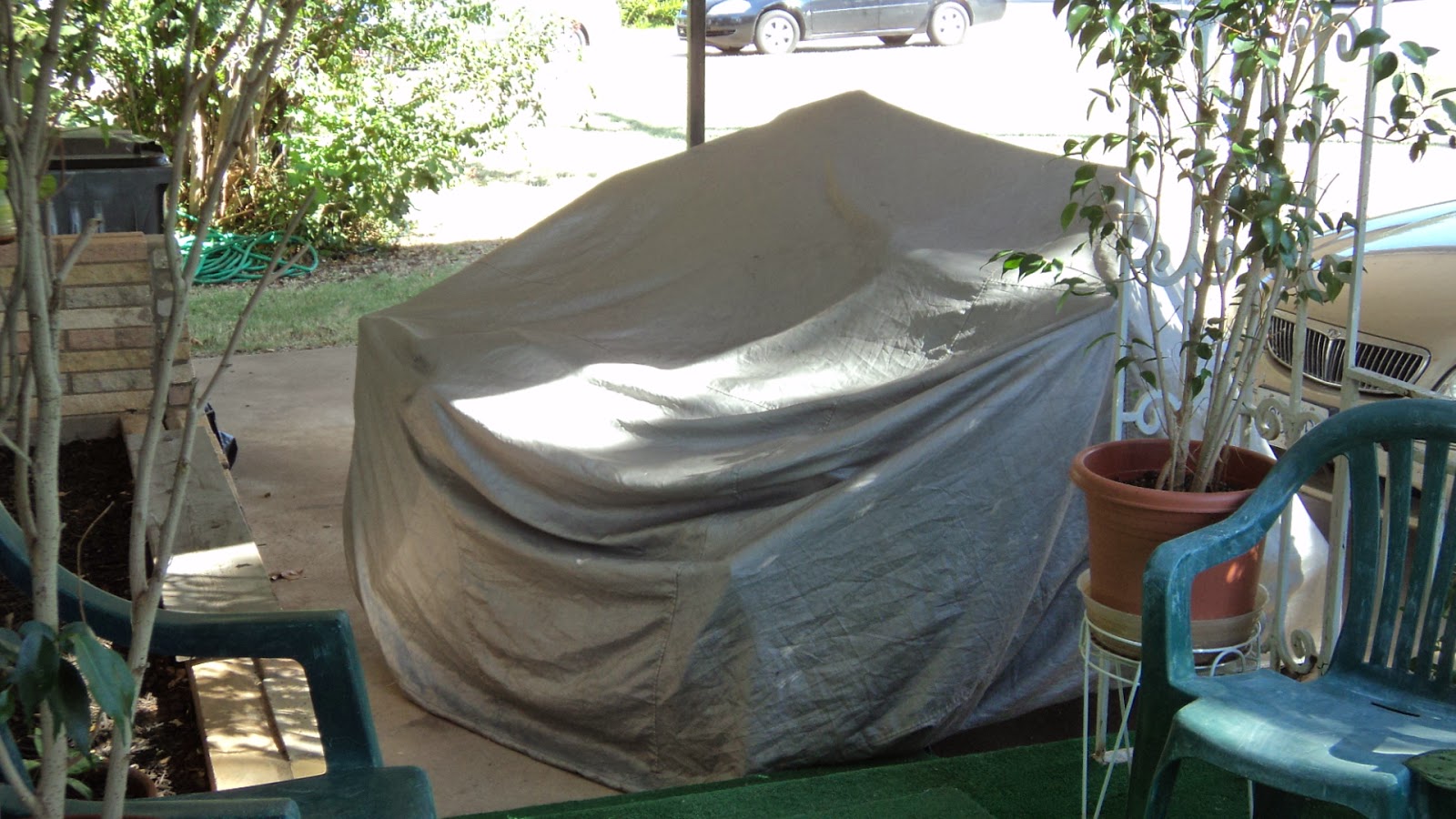 What a long trip this one was, but we made it!!  We enjoyed having all of you with us and hope to see you on the road soon! 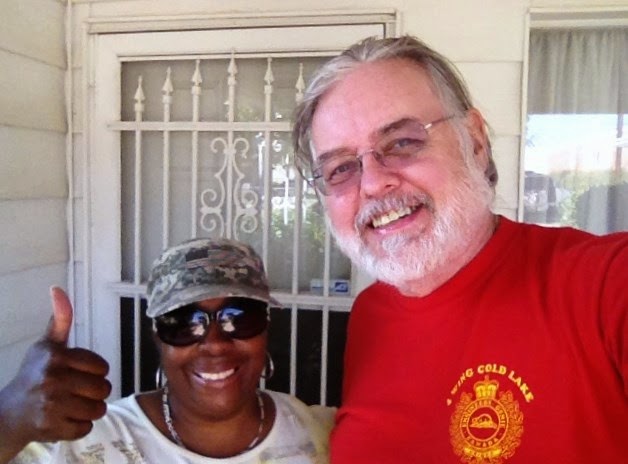