The days are starting to get easier since we have put so much work into the garden.  We just have a few things left to do and hope for the best at the end of all of it.  So, today was a day to put out the rest of the furniture and try to enjoy what we had done so far. The next task is to rake up the dead spots on the lawn and fill in the large patch where the grill used to sit with grass seed.  Maybe tomorrow..?

I had an old table from several years ago that Chris cleaned up for me a few days ago. We had to purchase new chairs and an umbrella though as the others had either been sold or deteriorated over the years. I threw this together and thought...."not too bad". 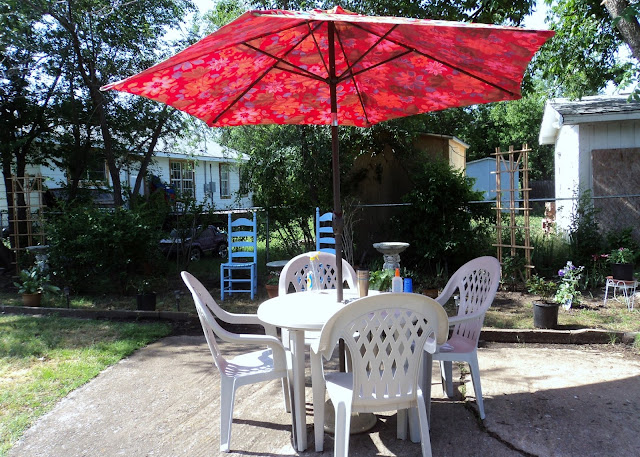 Chris made breakfast and was quite pleased with the spread that he presented to me outside. This would be our first meal dining outdoors since we had been here. 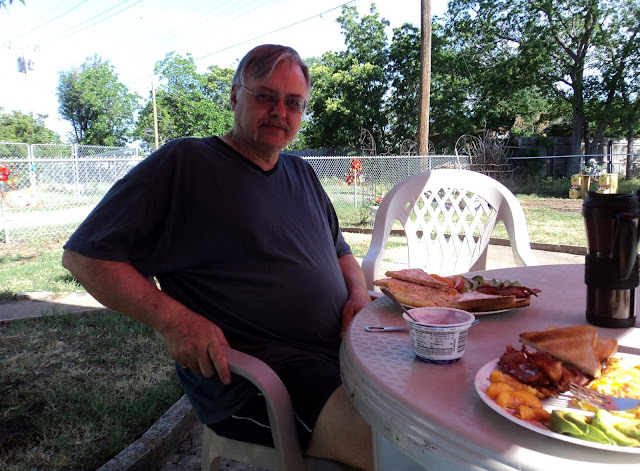 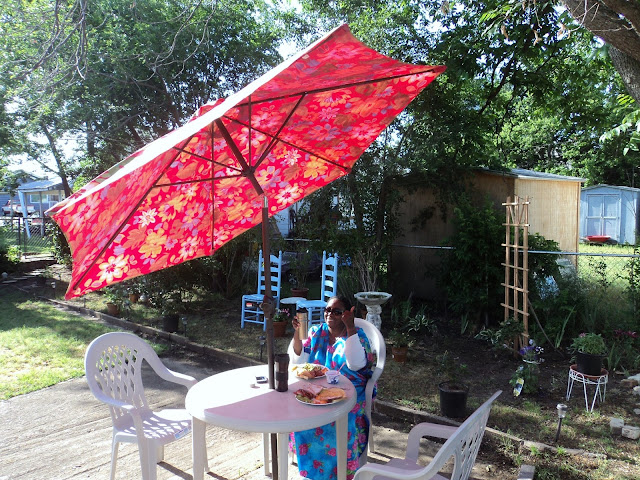 We had done a lot of reading about compost bins; the rolling kind, the spinning kind, the "turn it yourself" kindand the build it yourself kind.  The later of which we decided on.  Scootard had already scored some pallets from a local home improvement store for free. 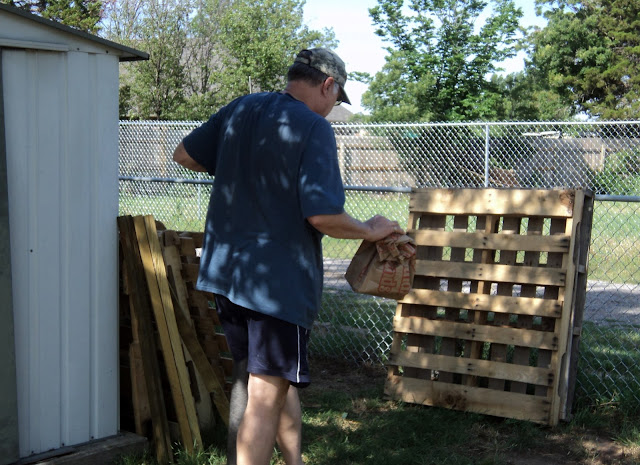 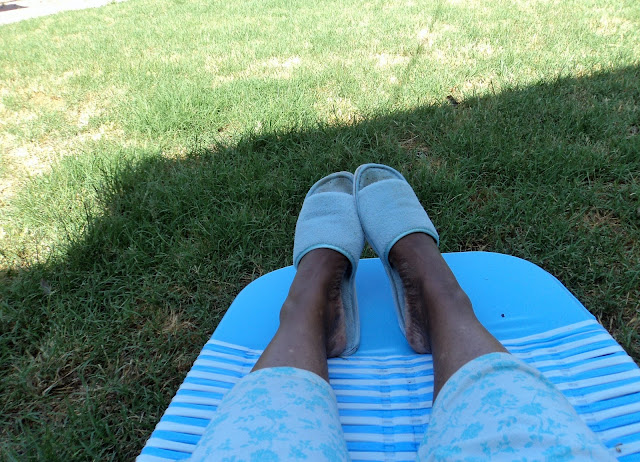 So, he got to work on the design we thought would work for us. 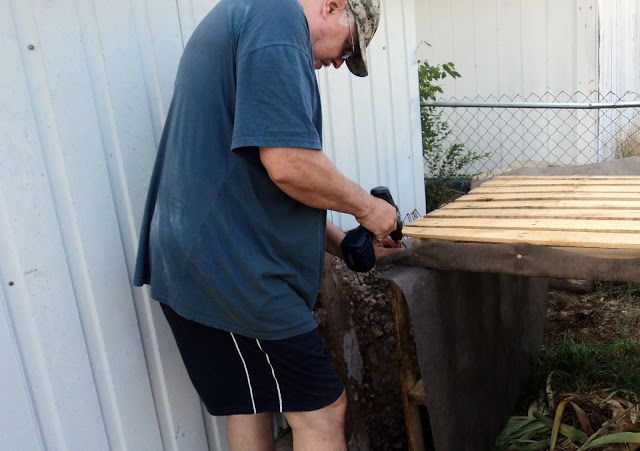 My daughter decided after peeking into my oasis from the back door that she wanted to come and fill the yard with her music....:-). 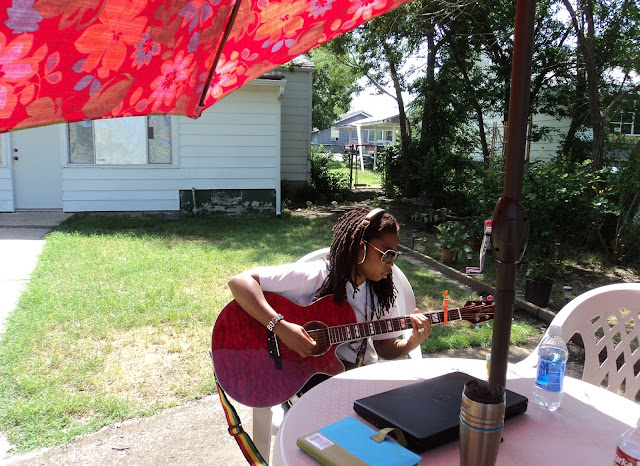 Meanwhile, after a short break, Chris decided that he would get back to the business at hand...... 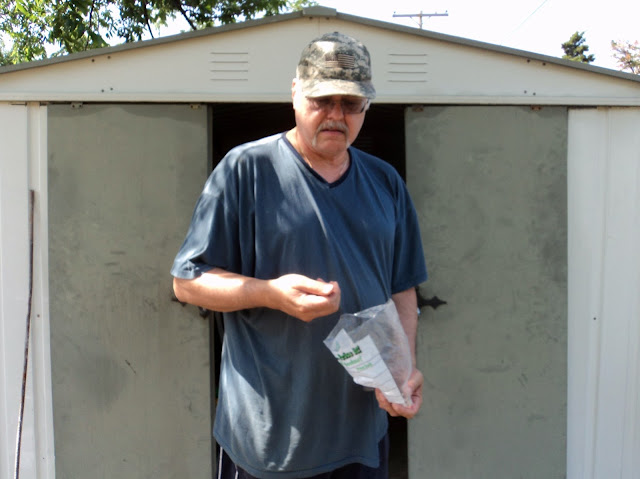 It was coming together nicely....:-).  We saw a design (a few) that suggested covering the bin with some kind of mesh or fabric to keep critter out.  We had a large roll of landscape fabric left over and decided to use that since it was breathable.  I knew that air circulation was essential to the process of breaking things down. 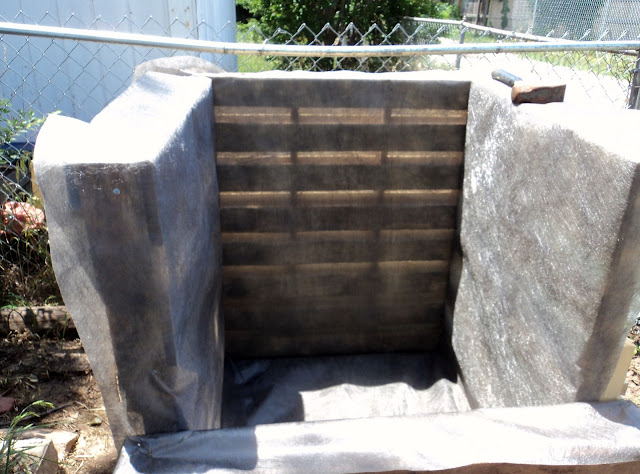 After having secured the sides and bottom with the fabric we started to gather our contents.  We had some flowers that had been uprooted during our demolition project, some food compost and some manure to help kick start the process.  We only used about two shovel fulls of it and put the rest away. 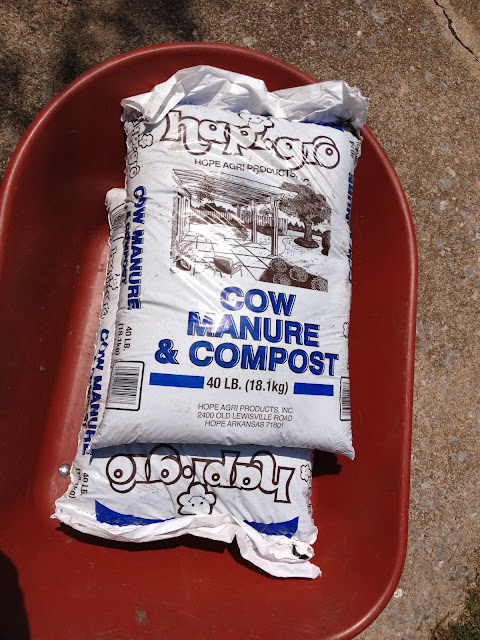 I knew there was suppose to be a balance of carbon (brown stuff) and nitrogen (the green stuff).  Or maybe I have that backward.  Anyway, we needed the brown stuff and knew that newspaper was a good source.  After adding the green, and the food, we added a couple of shovels of the manure and then shredded  some newspaper and wet it down really well.  No meat or dairy products are to go in. 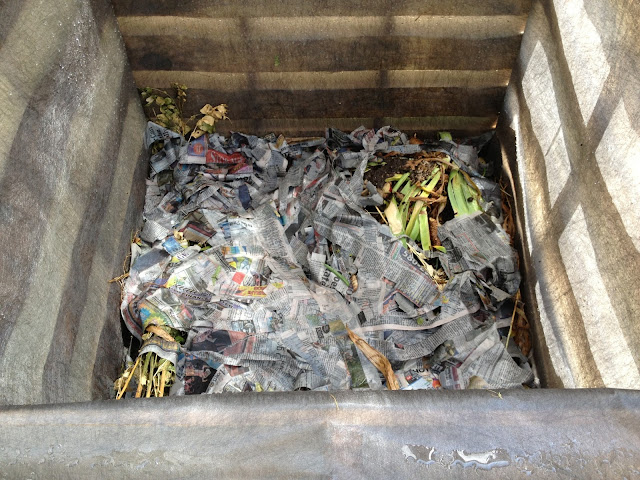 and presto!  We have started composting with worms inside the house and a bin (without worms) outside the  house.....:-).  We have a make a minor adjustment to the bottom of the bin so that it opens.  The top slides off and it will be easy to get stuff in through the door.  But getting it out might be a challenge.  We will be putting a hinge on the bottom section as well for that purpose. 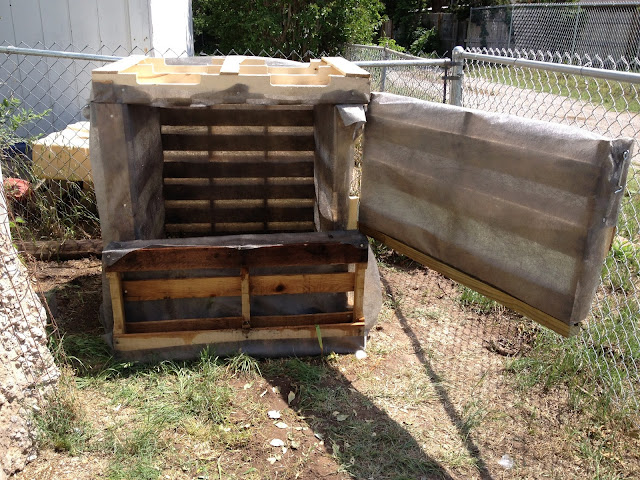