I was so excited because I had spotted (and unspotted) the bike that I wanted.   I saw it on one site and when we checked, it was gone.  Then I found it again in another color that I wasn't "in love" with, but would have excepted.  I decided to keep looking and I finally found the color that I wanted.

The next day was going to be the big day for both of us.  We both had two choices  and wasn't sure how things were going to go.  But at least we had choices...:-).  Since we had to go to sleep and not think about all of this, I decided a relaxing trip to the beach may help me sleep. 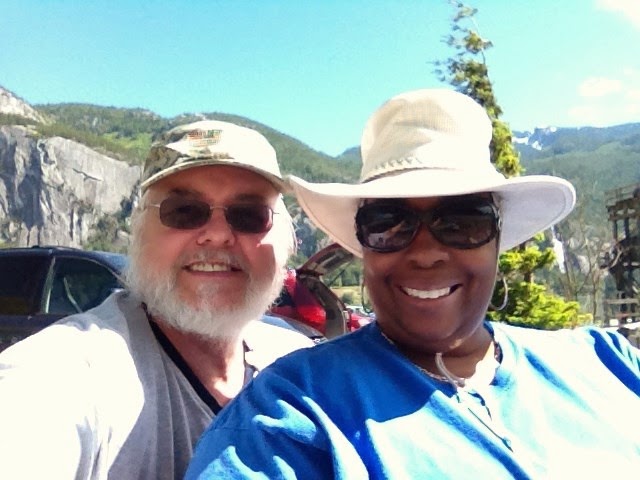 After a fitful sleep, we headed out early still not sure of which ones we were going to get.  After making our way to where the seller had it garaged in Langley and taking a good look at it,  I knew I was in love! .....:-).  We did some waiting for the seller to arrive from work, negotiated, waited and ........ 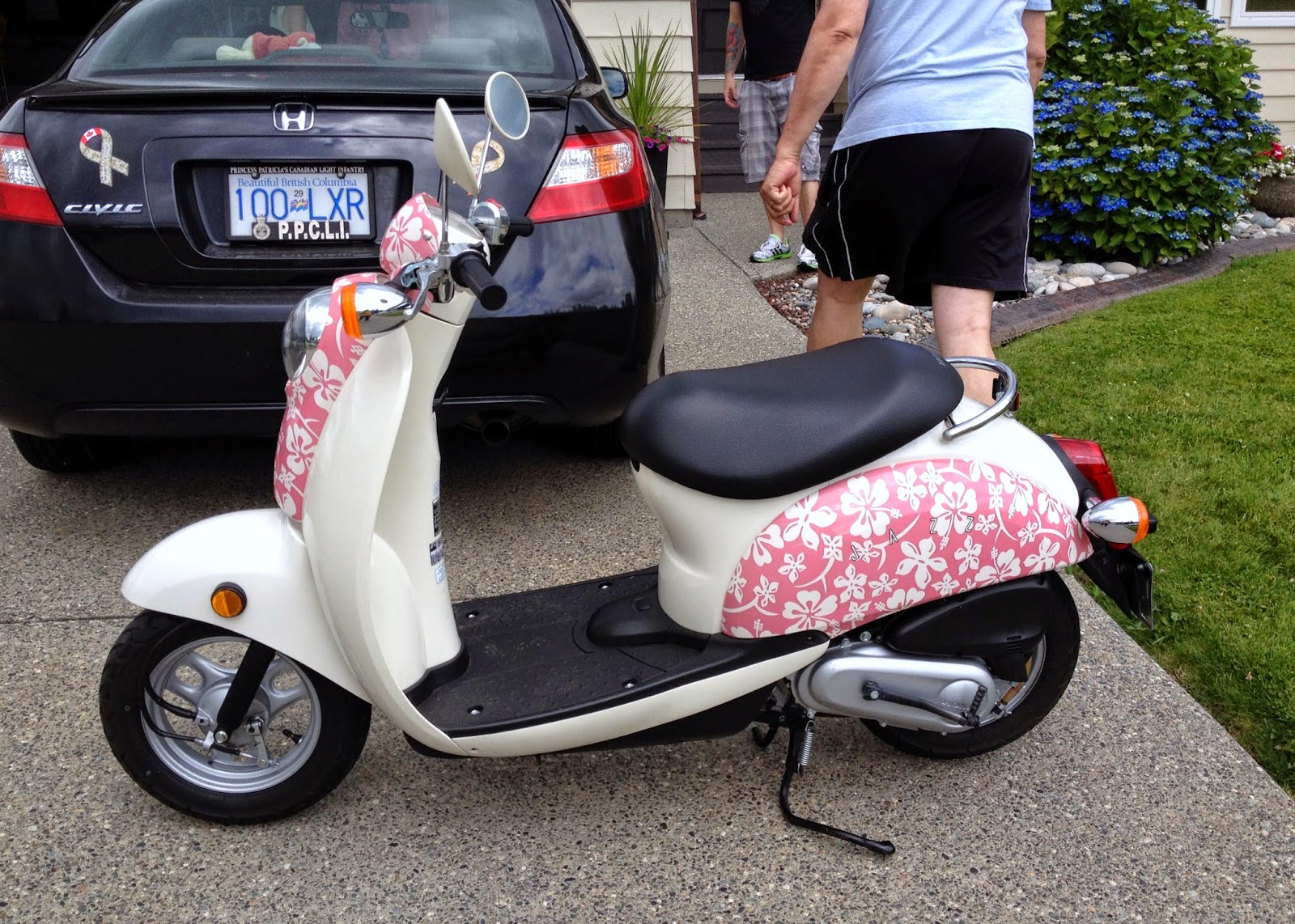 We loaded the "Raspberry" onto the trailer and followed the owner over to the insurance office where the transfer of title was done and the insurance was purchased and the deal was done..... 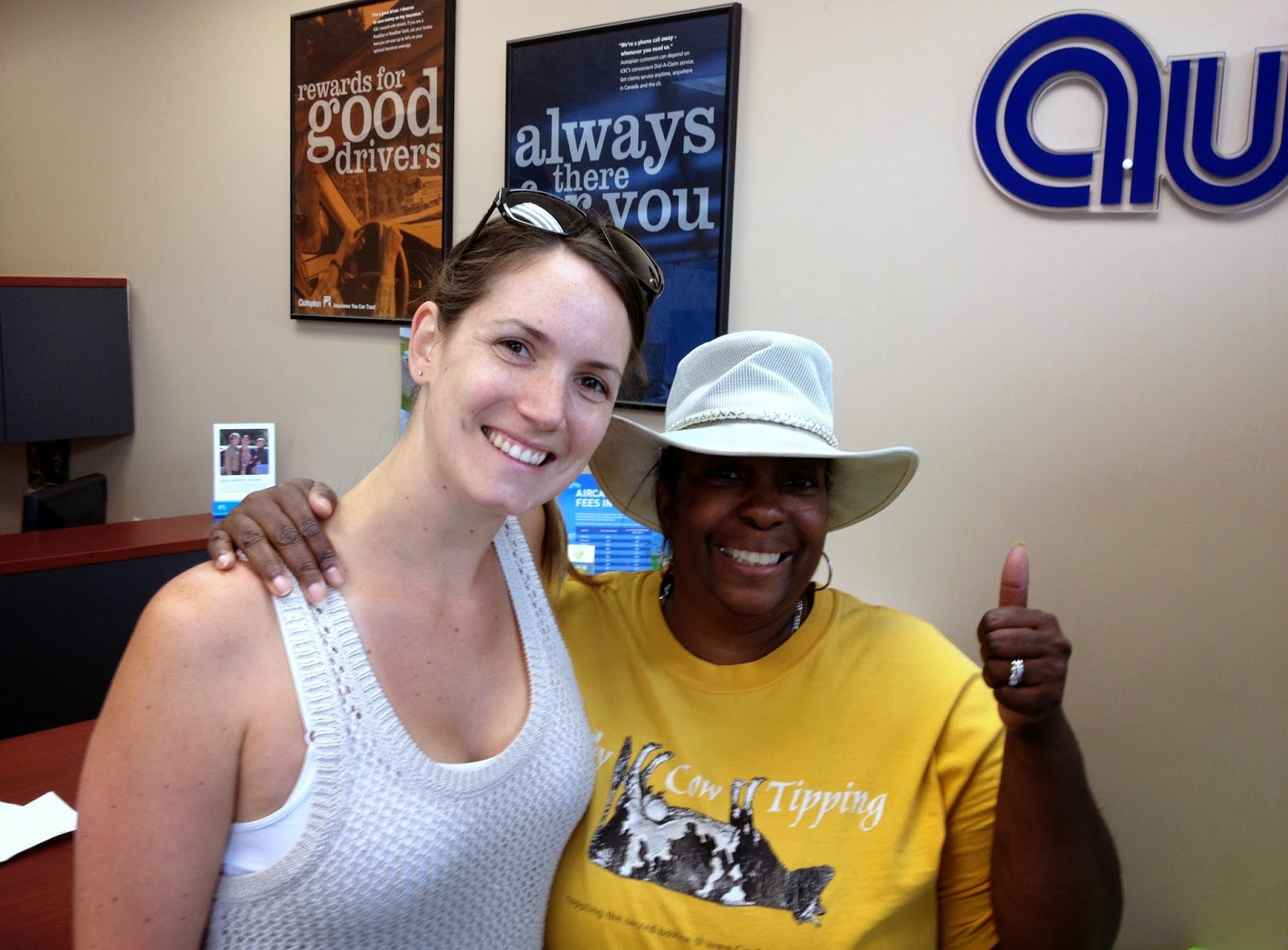 Chris double checked to make sure she was secure.  We called the other owner and let them know that we had found another, and headed to pick up Chris's choice. 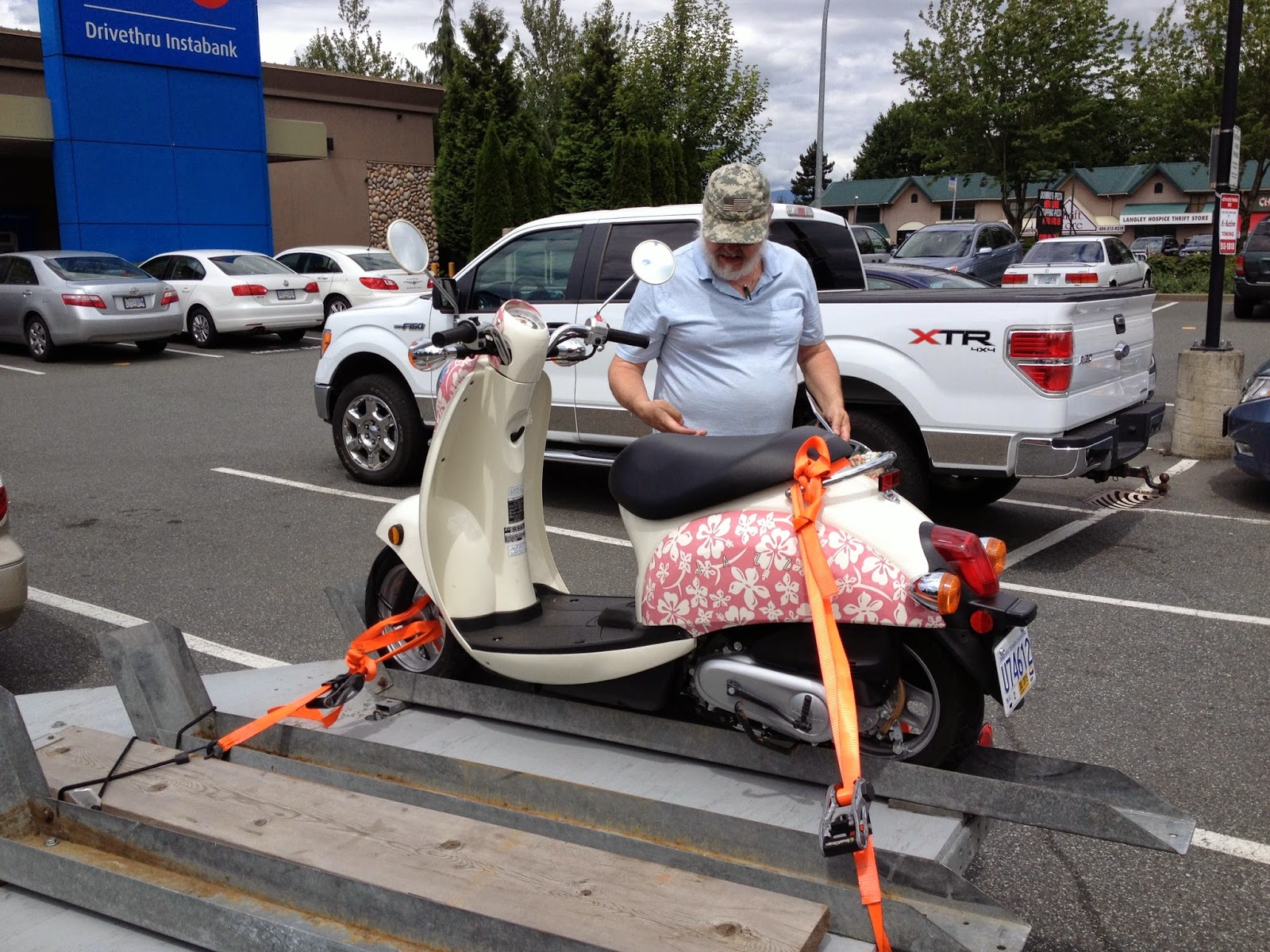 We headed to Mission, BC and met with the proud owner of this classic 1974 Honda XL175 motorcycle.
He was showing Chris that all of the original parts were there and working properly.  It had collector tags...:-).  The owner was "making room" for a collector auto that was going to grace his garage in it's place. 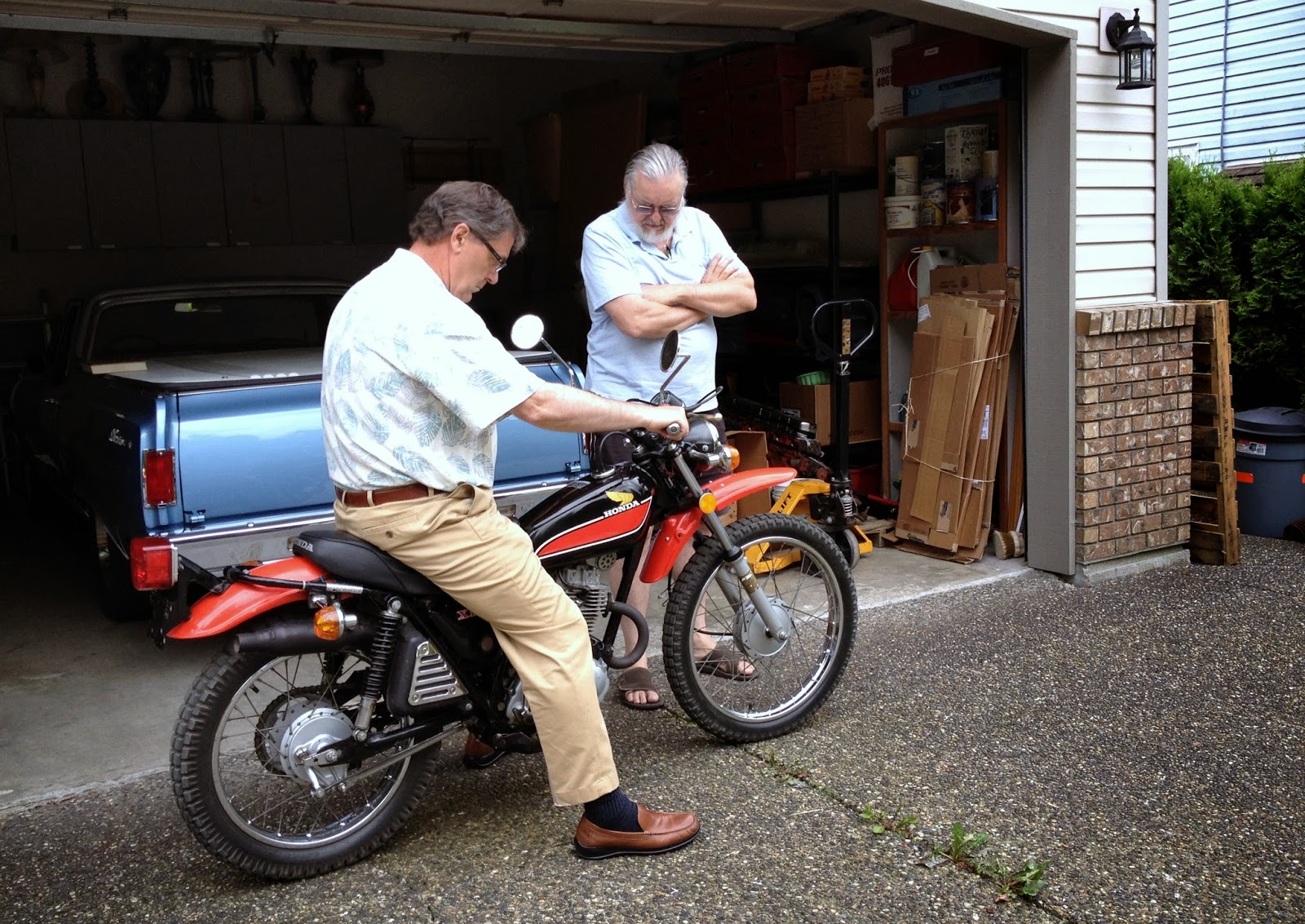 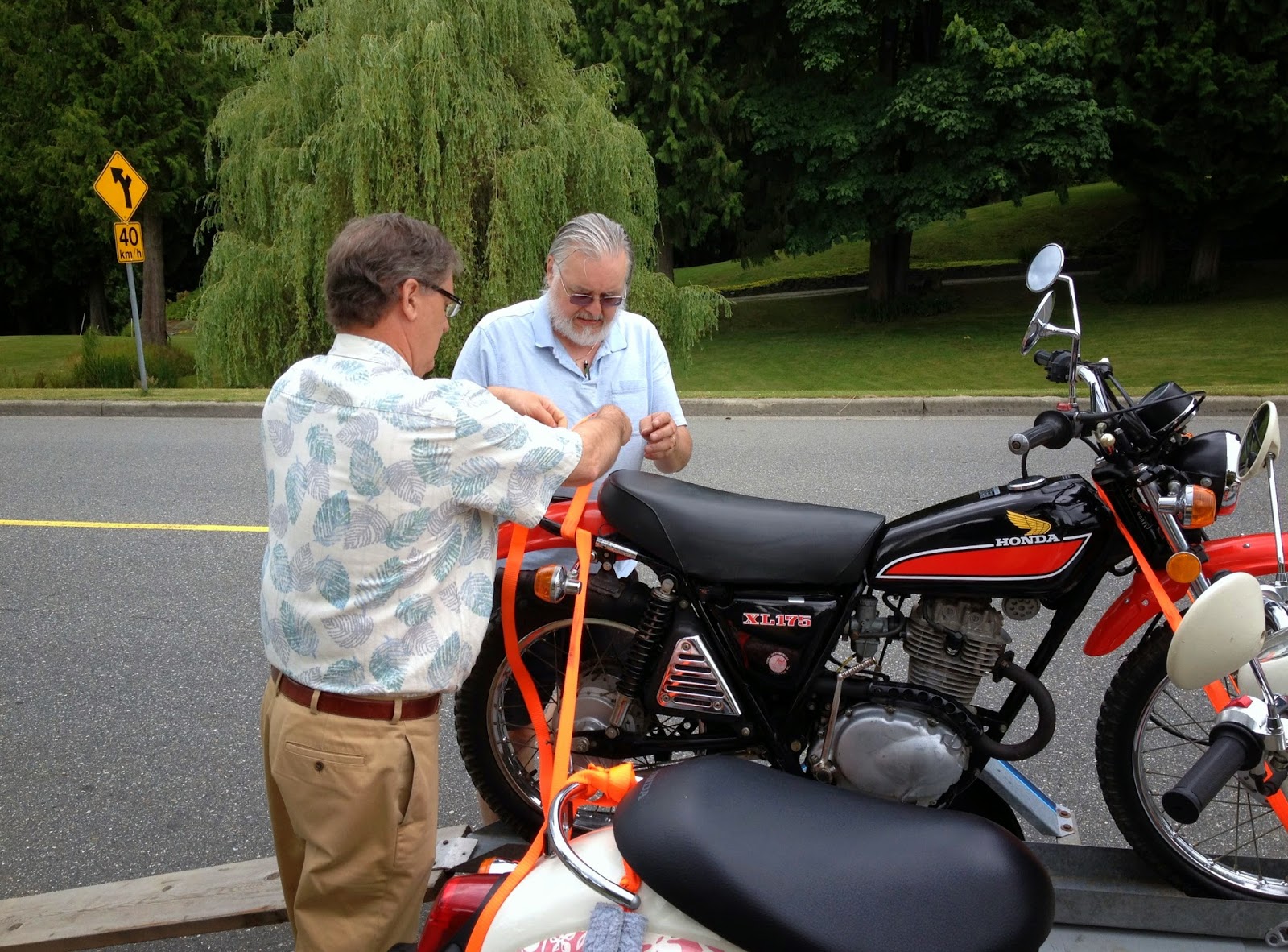 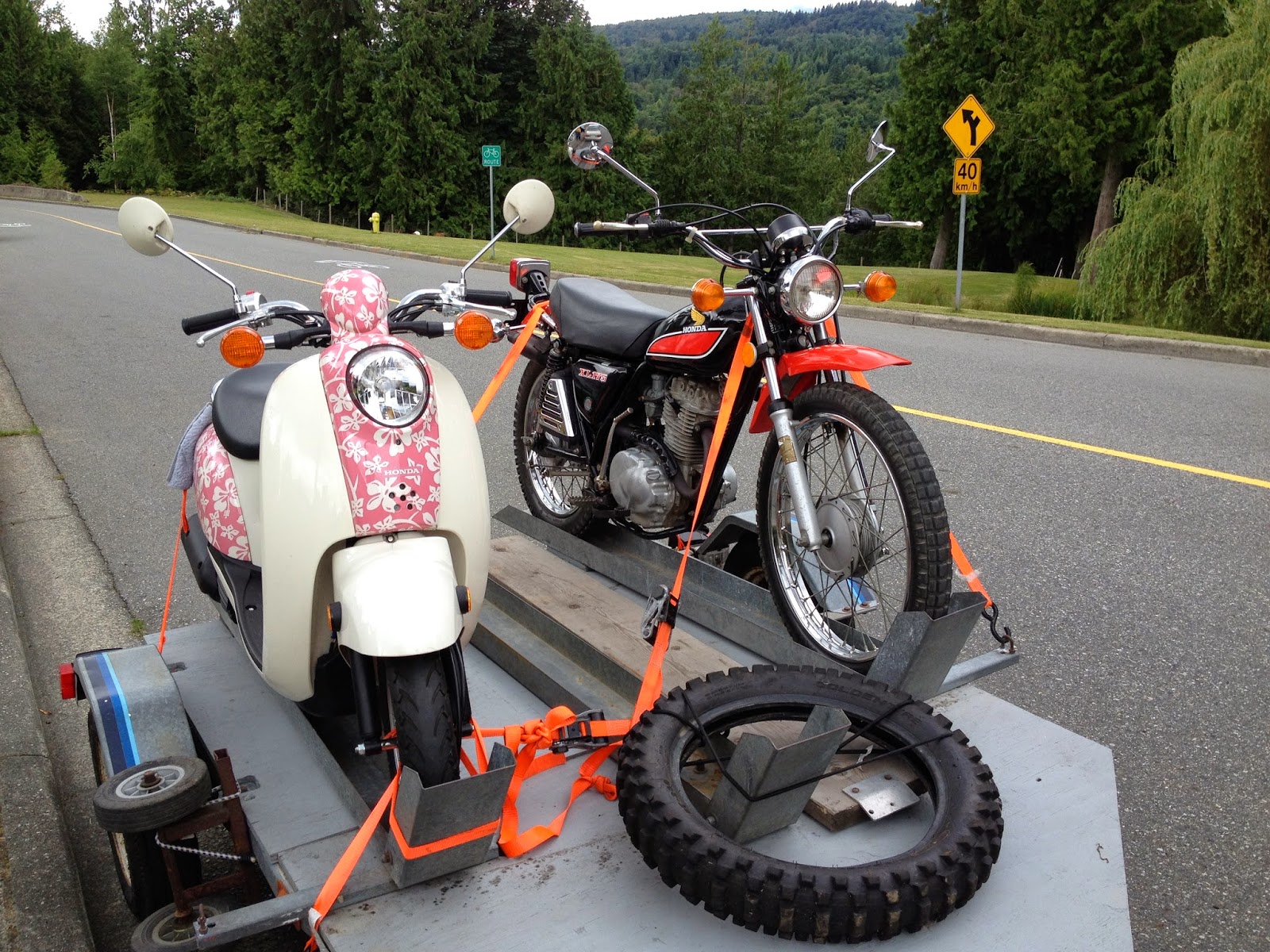 Geeze, I needed some food after all of that festivity!  I went and grabbed a table at this restaurant while the guys transacted business at the insurance agency.

Very good.  I recommend it if you are ever in the area. 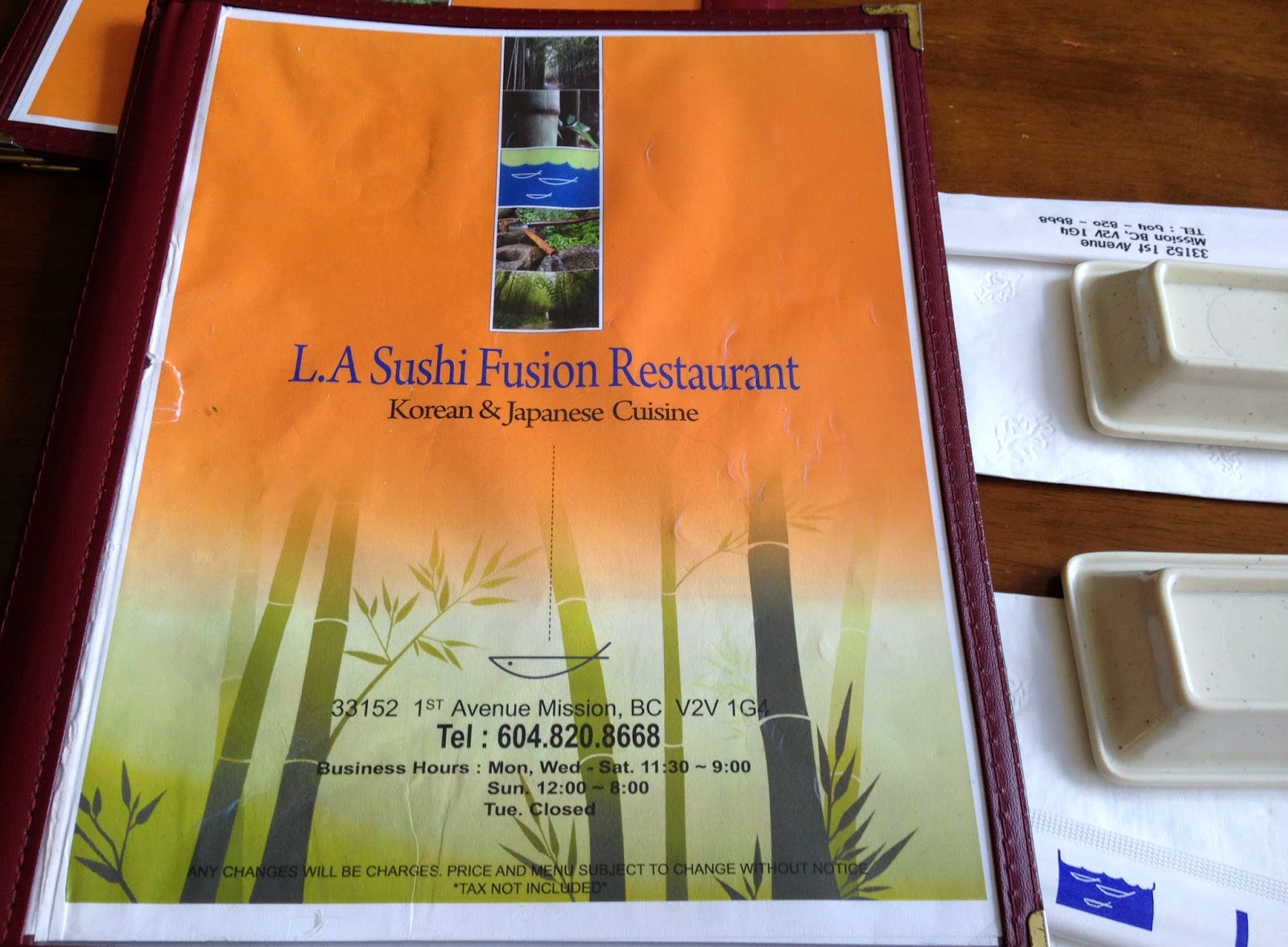 Now, it was time to make our trip to Penticton pulling our new babies behind us. See her back there? 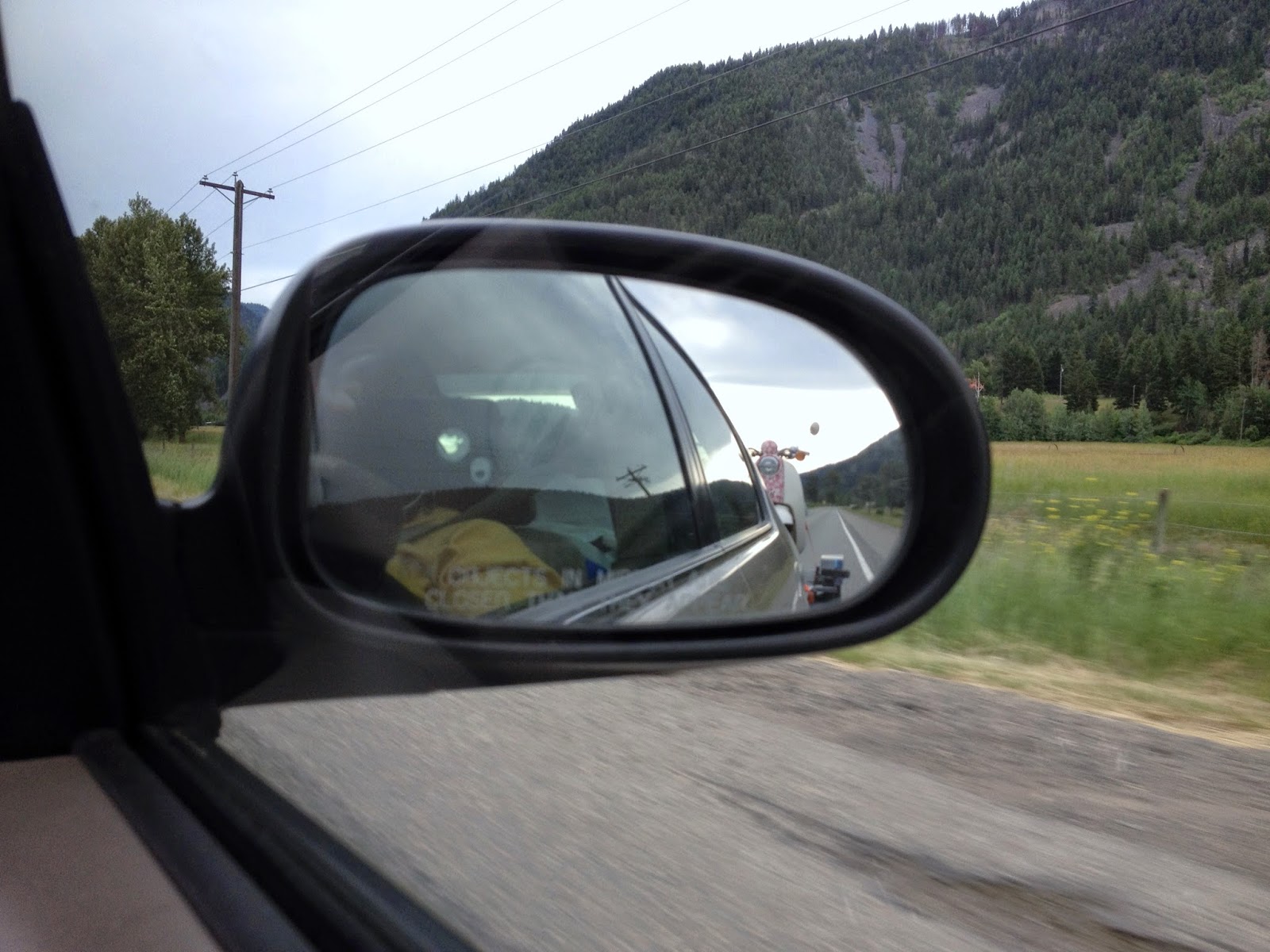 We finally made it to Penticton where the bikes were going to rest for the night. Here is a better shot of "Thing Two"......By the way, I am having second thoughts about selling "Ms Vickey". 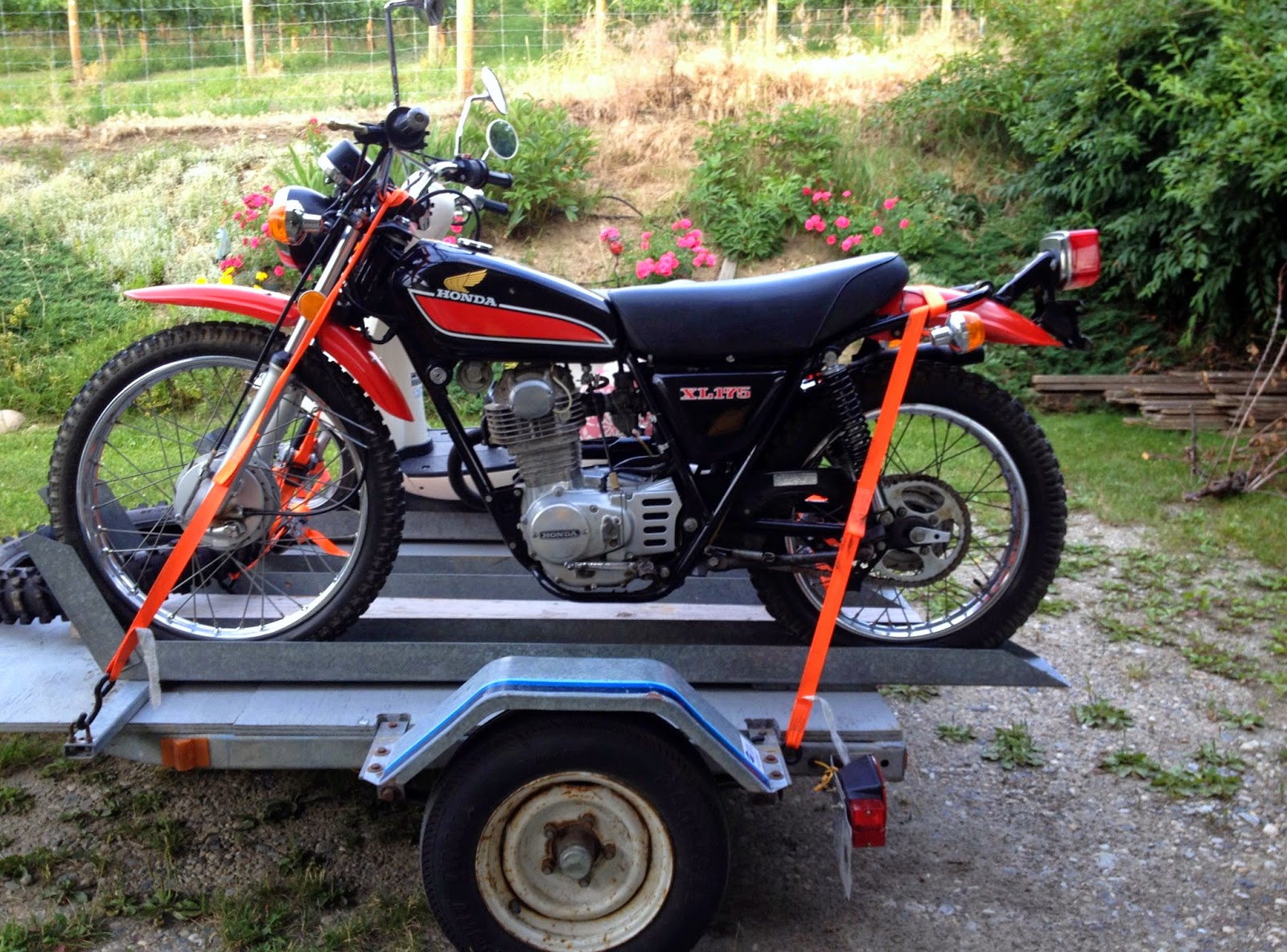 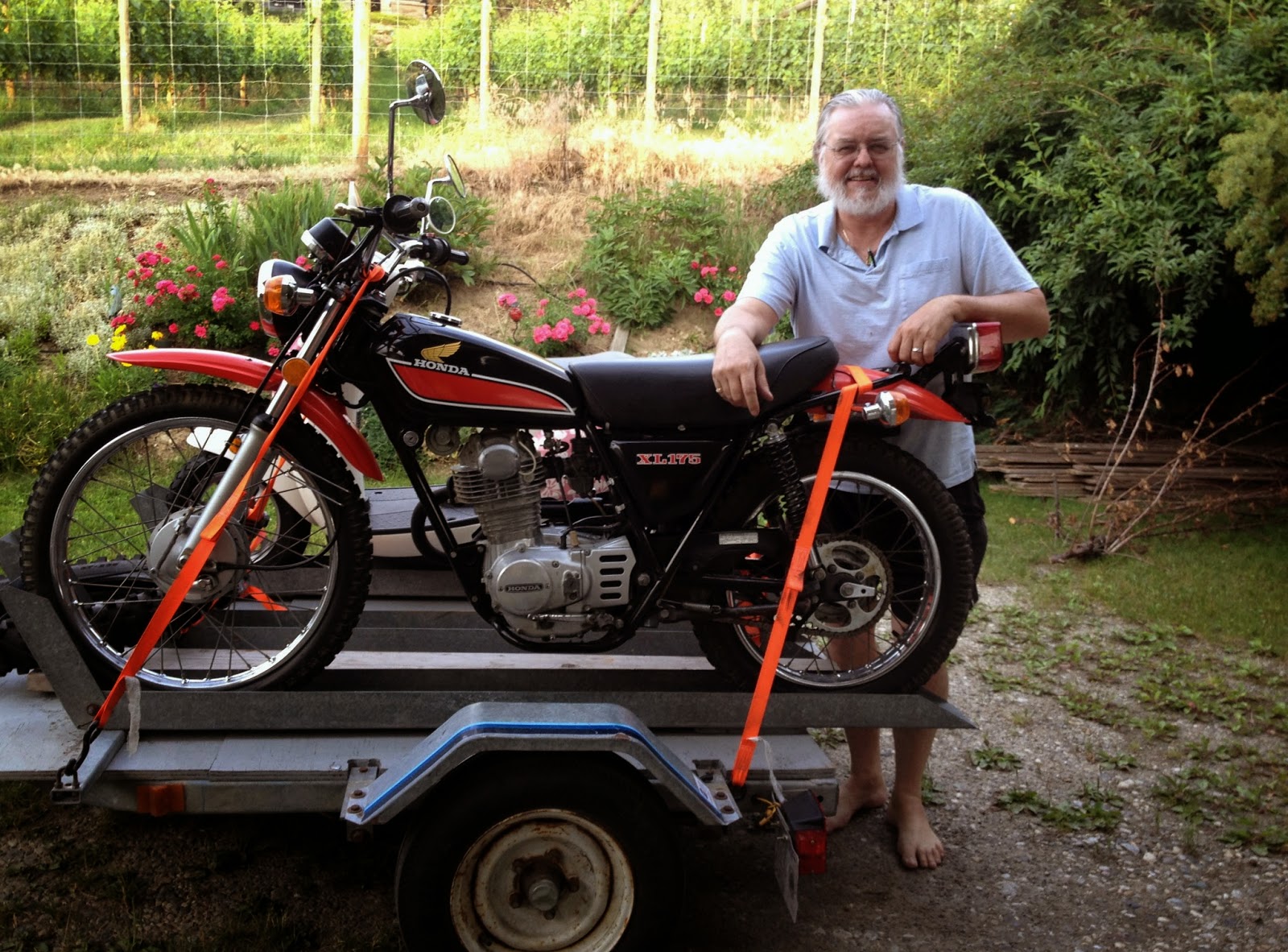 It wasn't until we got there that I realized my gas tank was on the floor this time.  Interesting. 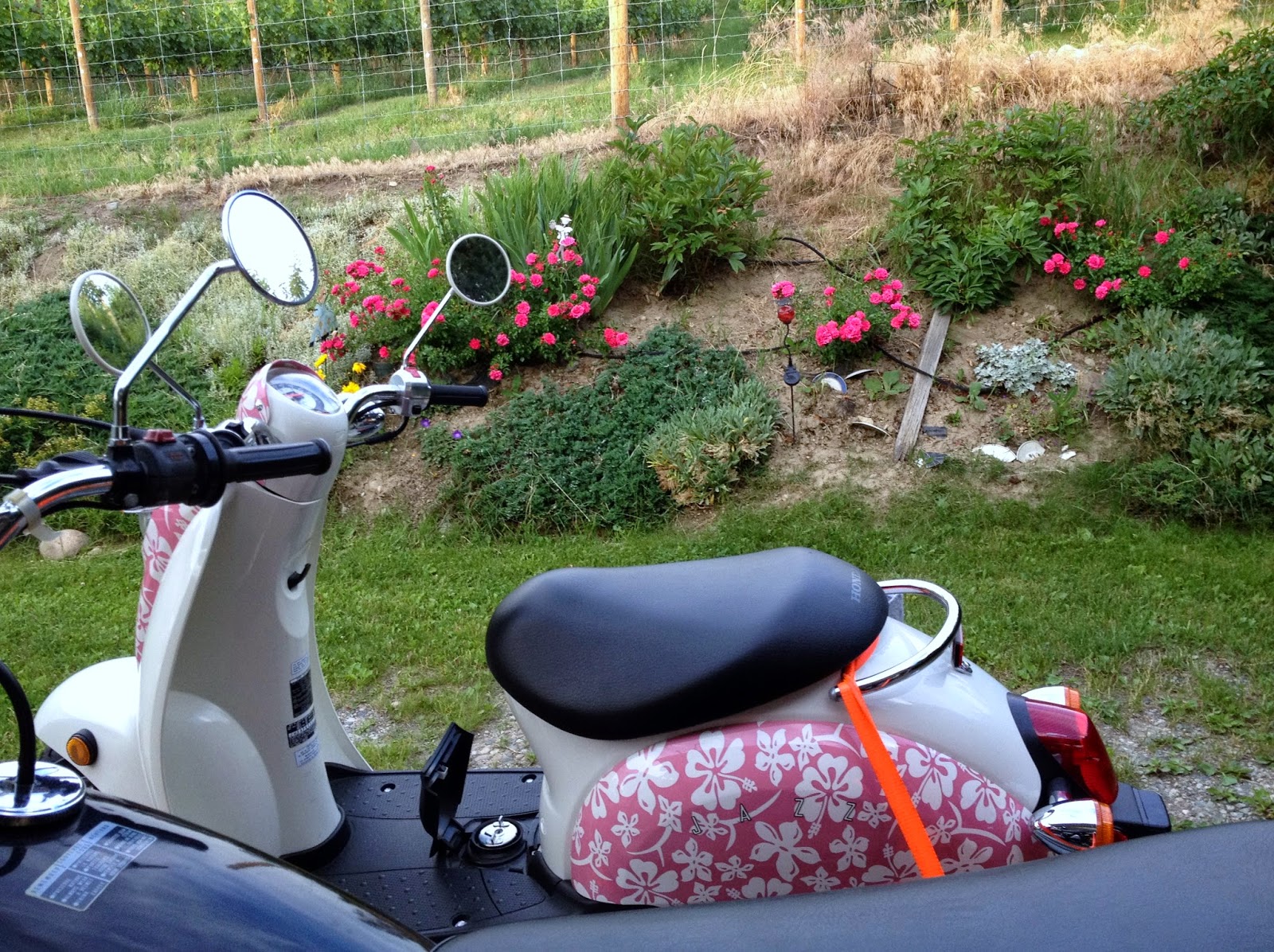 Here is a frontal view of "Raspberry."  She is sooooo cute!!! 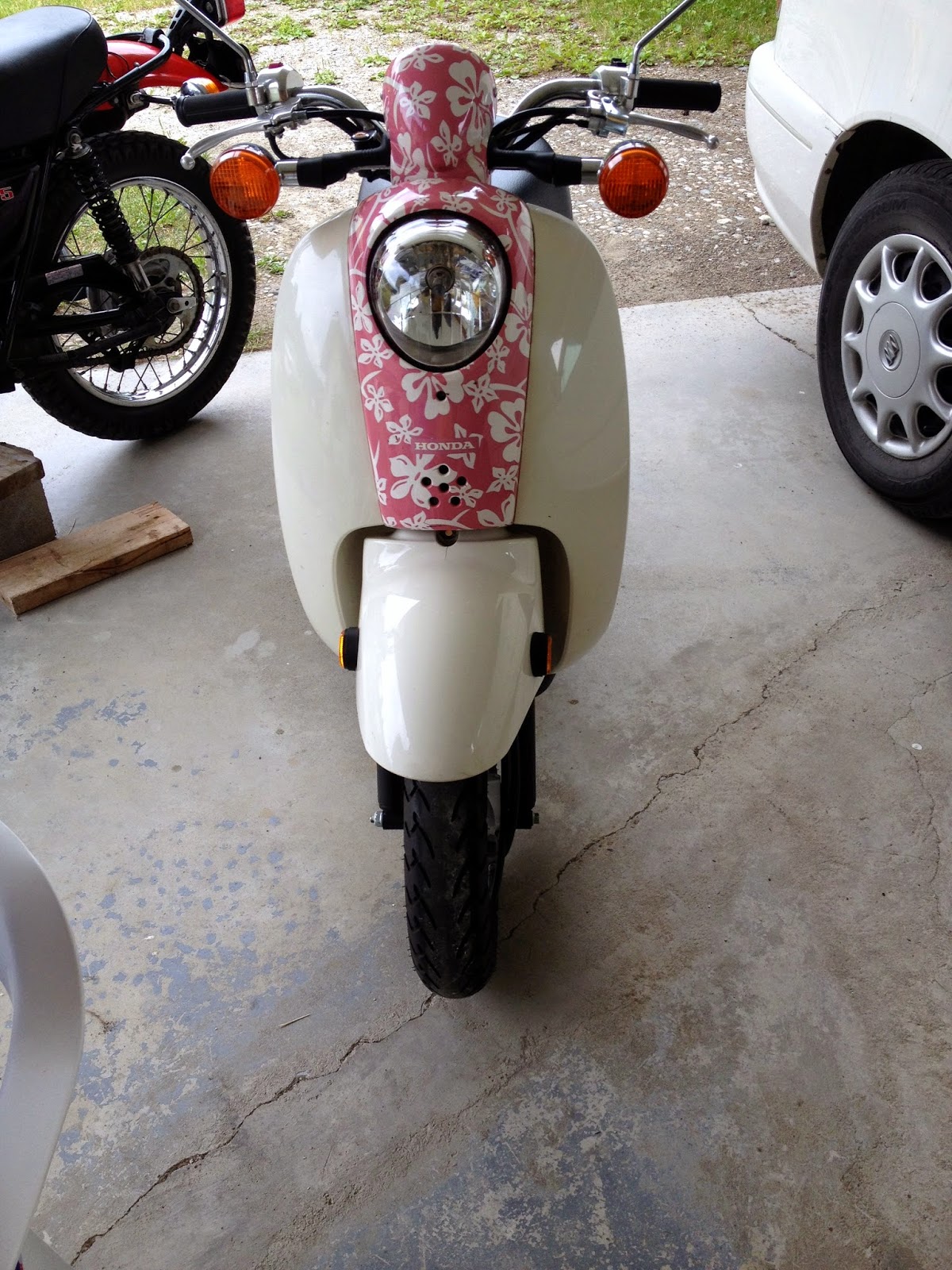 I was a little concerned about some cracks I saw in Chris's front tire and convinced him that it needed to be replaced before doing any serious riding. So, the next morning he pulled out the tools...... 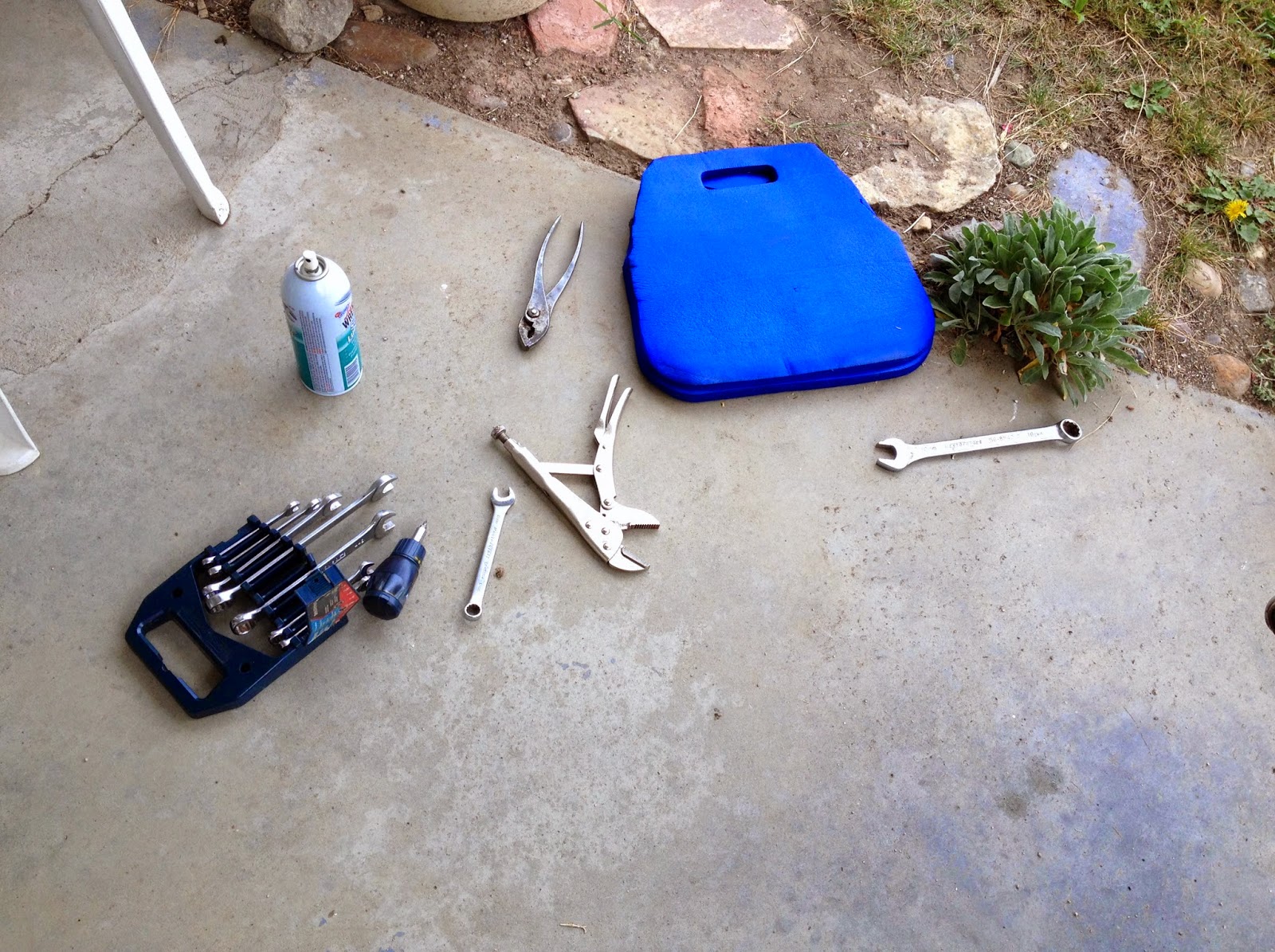 And we took the tire to the Honda dealer to price a replacement...... 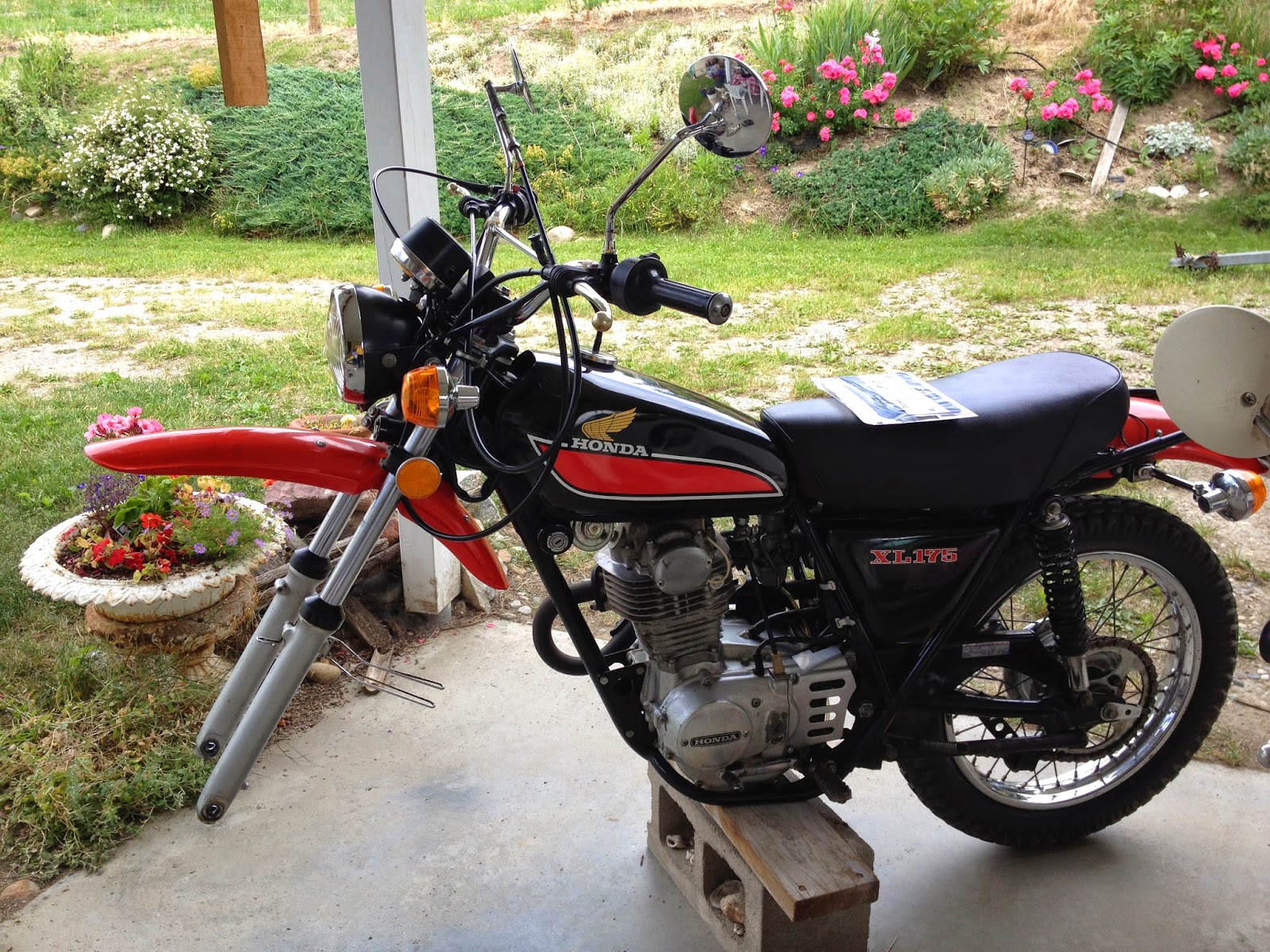 We had a couple of hours to wait before the mounting would be ready.  So, we grabbed a snack (some poutine) and waited at the lake for a few minutes. 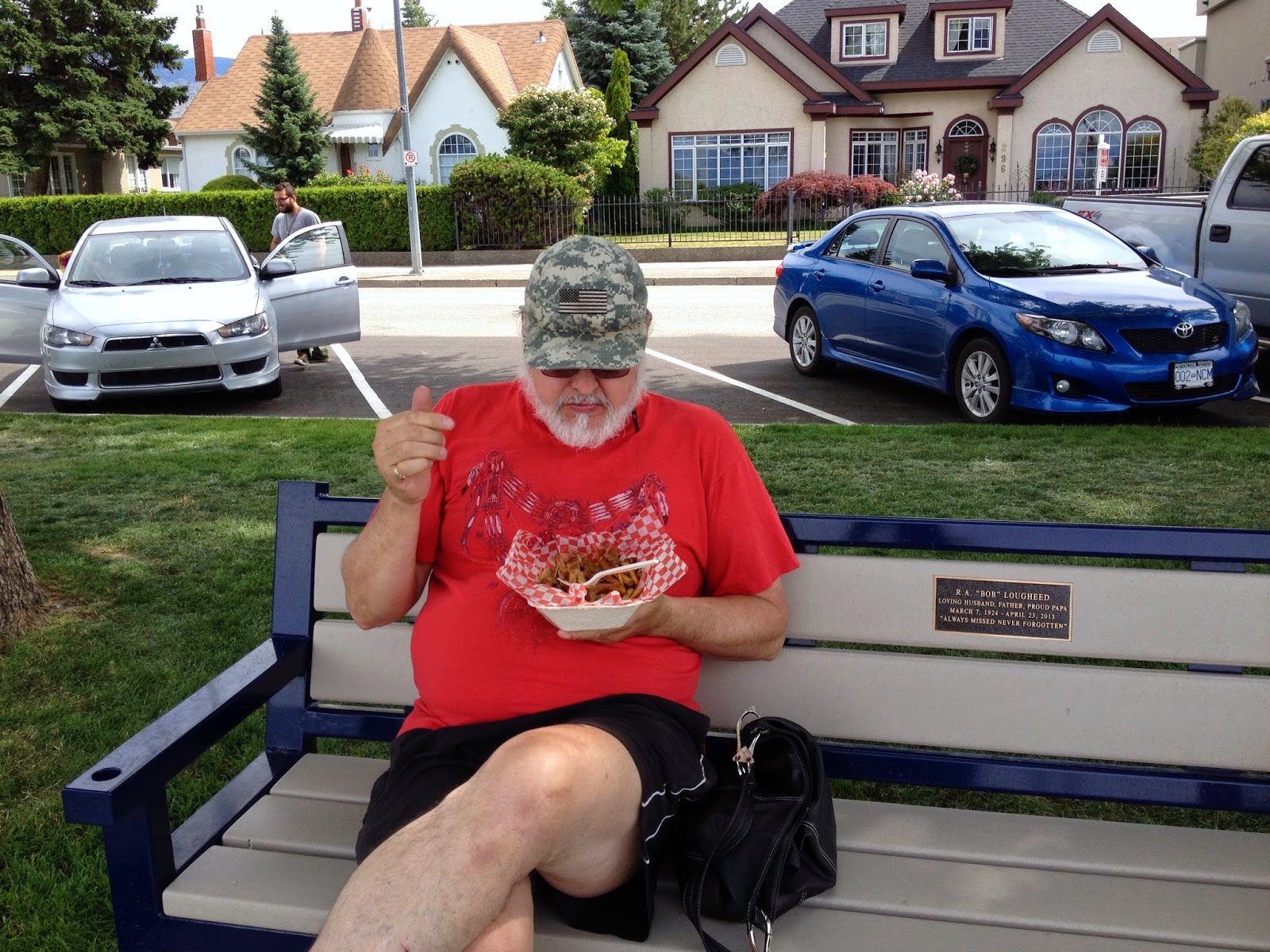 There were a lot of people in the water although i think it would have been too cold for me! 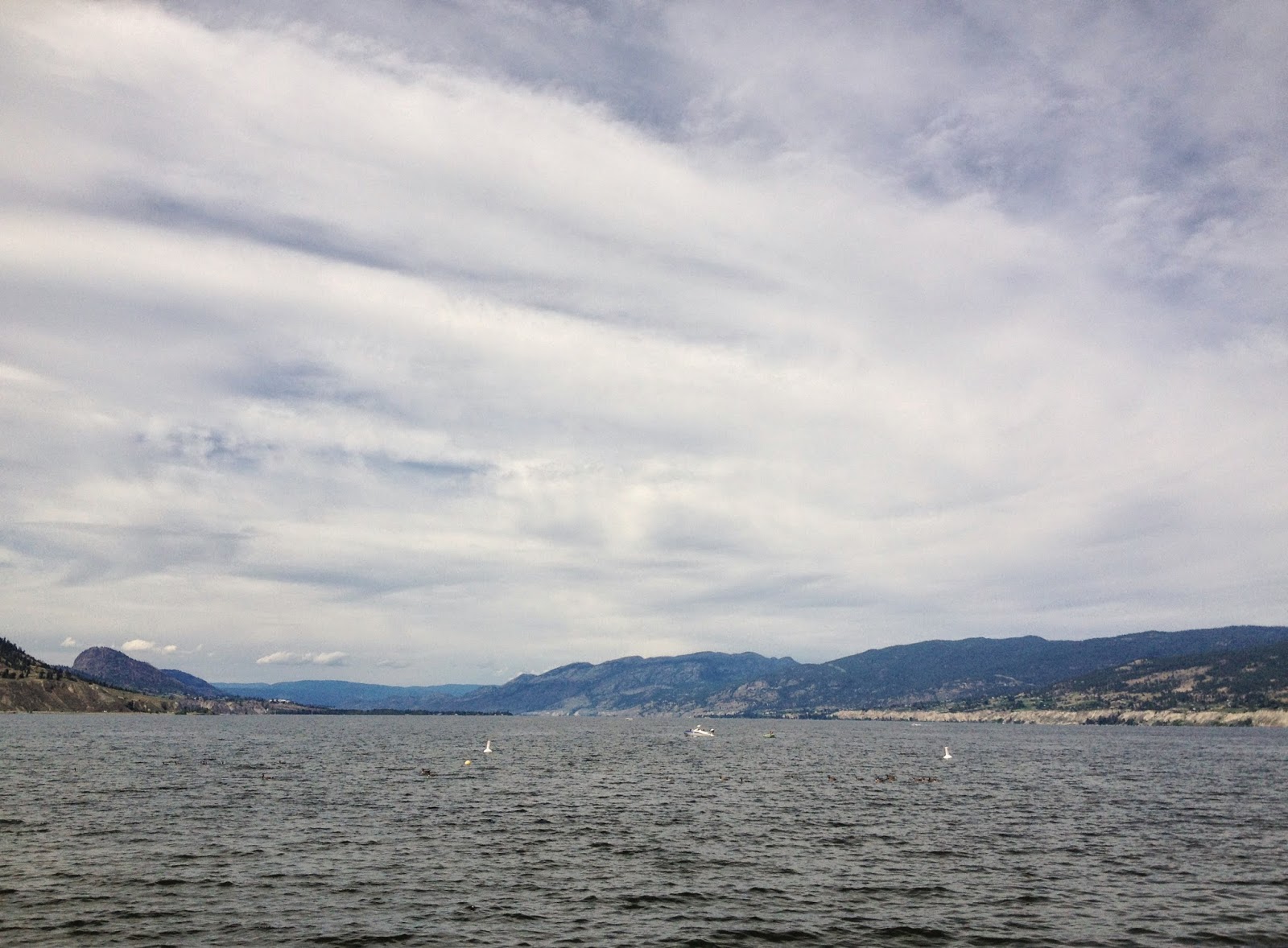 After unsuccessfully scouting around for "pink" google or glasses and a half helmet for my new ride, we retrieved the tired and went home to put it on. 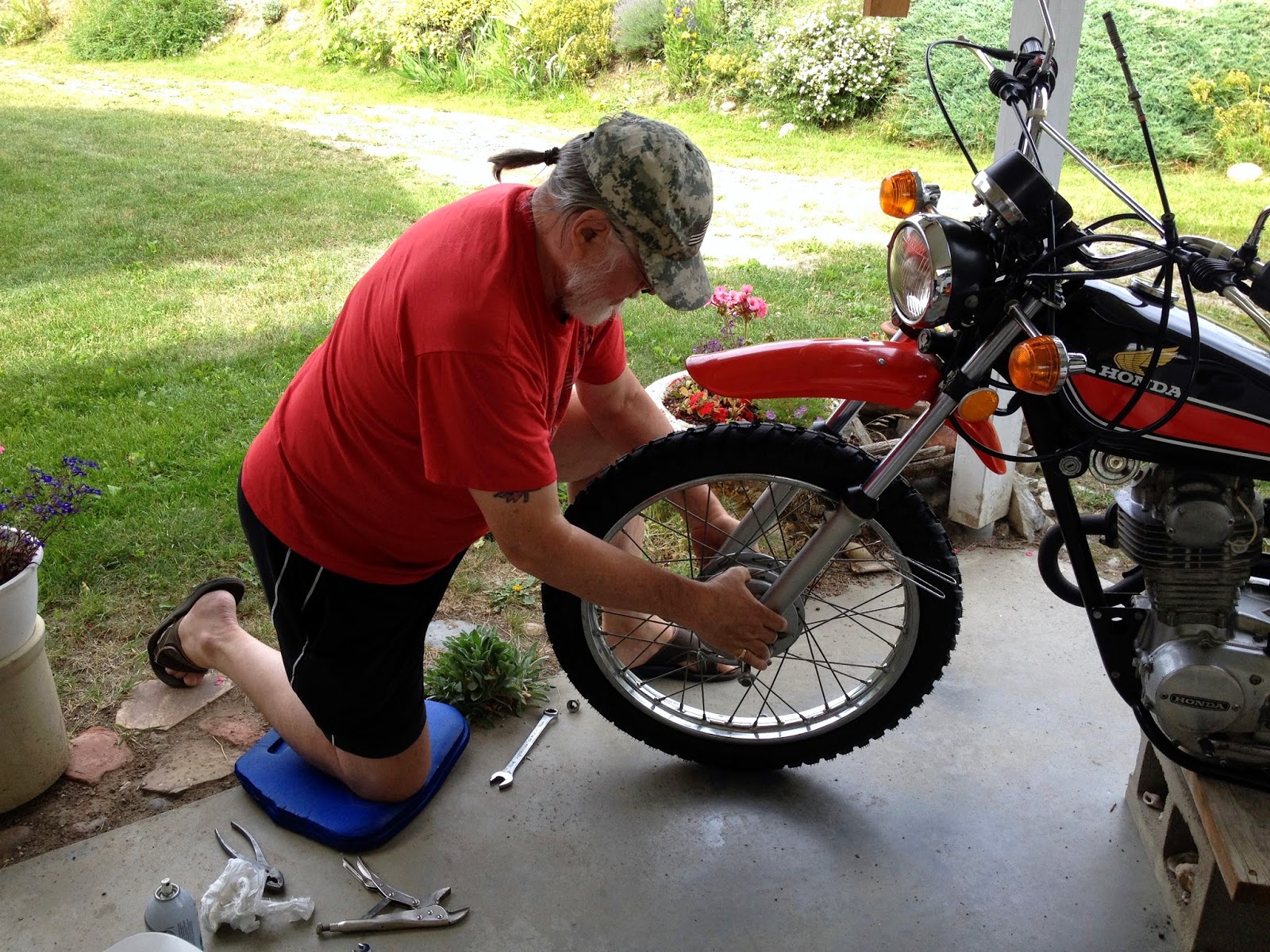 Chris took it for a test ride down the long driveway.  I didn't want him going on the road....  you know, in case the stupid thing fell off or something!  ha.   As you can see he made it back safely. 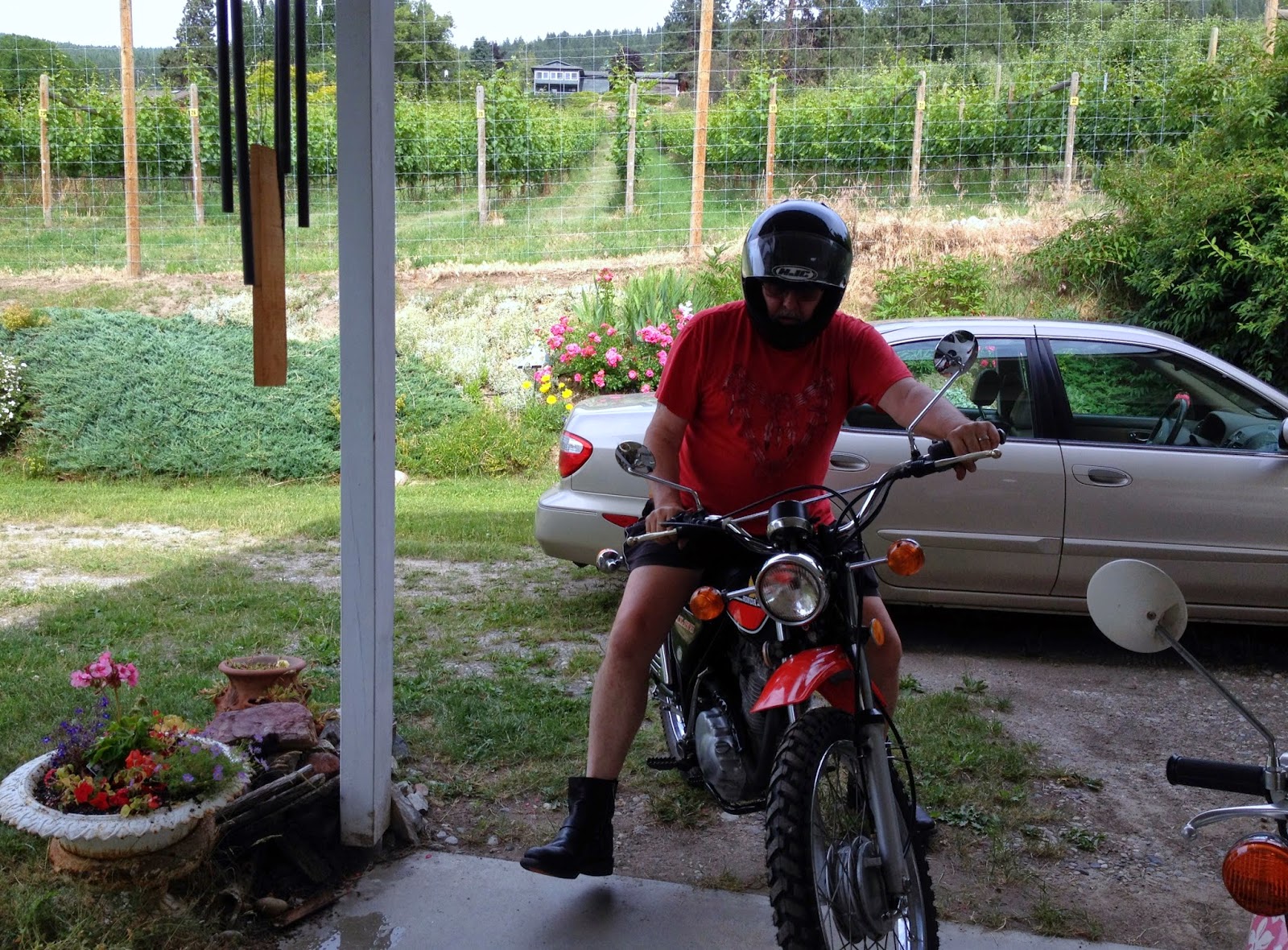 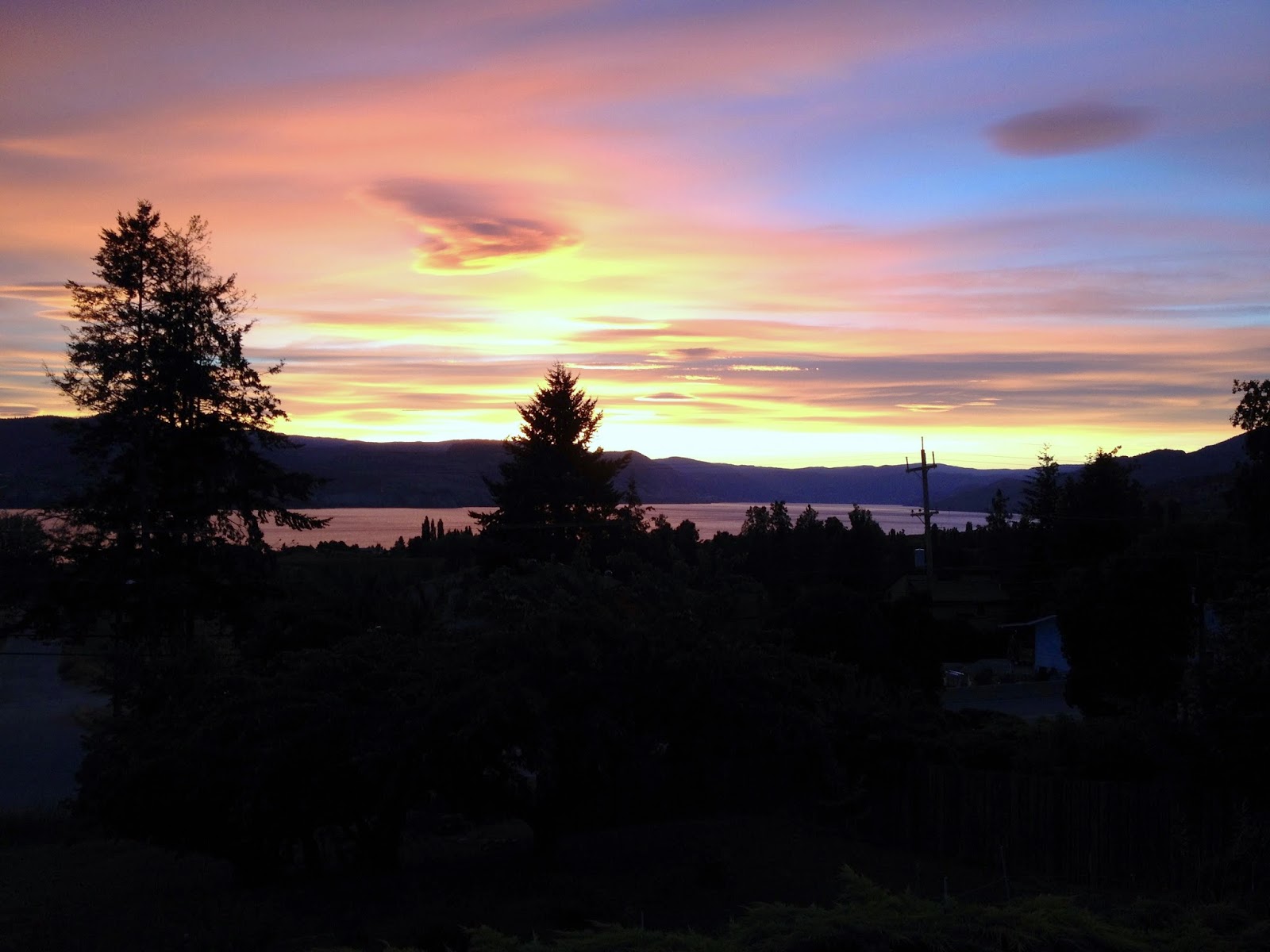