Well as you know, Ms Vickey; who I had and cherished for 2 1/2 years is long gone for four days now.  Terrible to say that when I was speaking about her today, I could not remember her name right away!  I know!  Treason.....right...:-(.

Well, anyway....I had my eye on this Honda that is almost 100 pounds lighter than Ms Vickey and almost brand new.  We traveled today to take a "sit" and see if this was the replacement for me.
I think we have a winner.....:-).  Chris and the previous owner were having a "chin wag" about bikes and things while I check out the bike whose name was to become "Ruby".....:-) 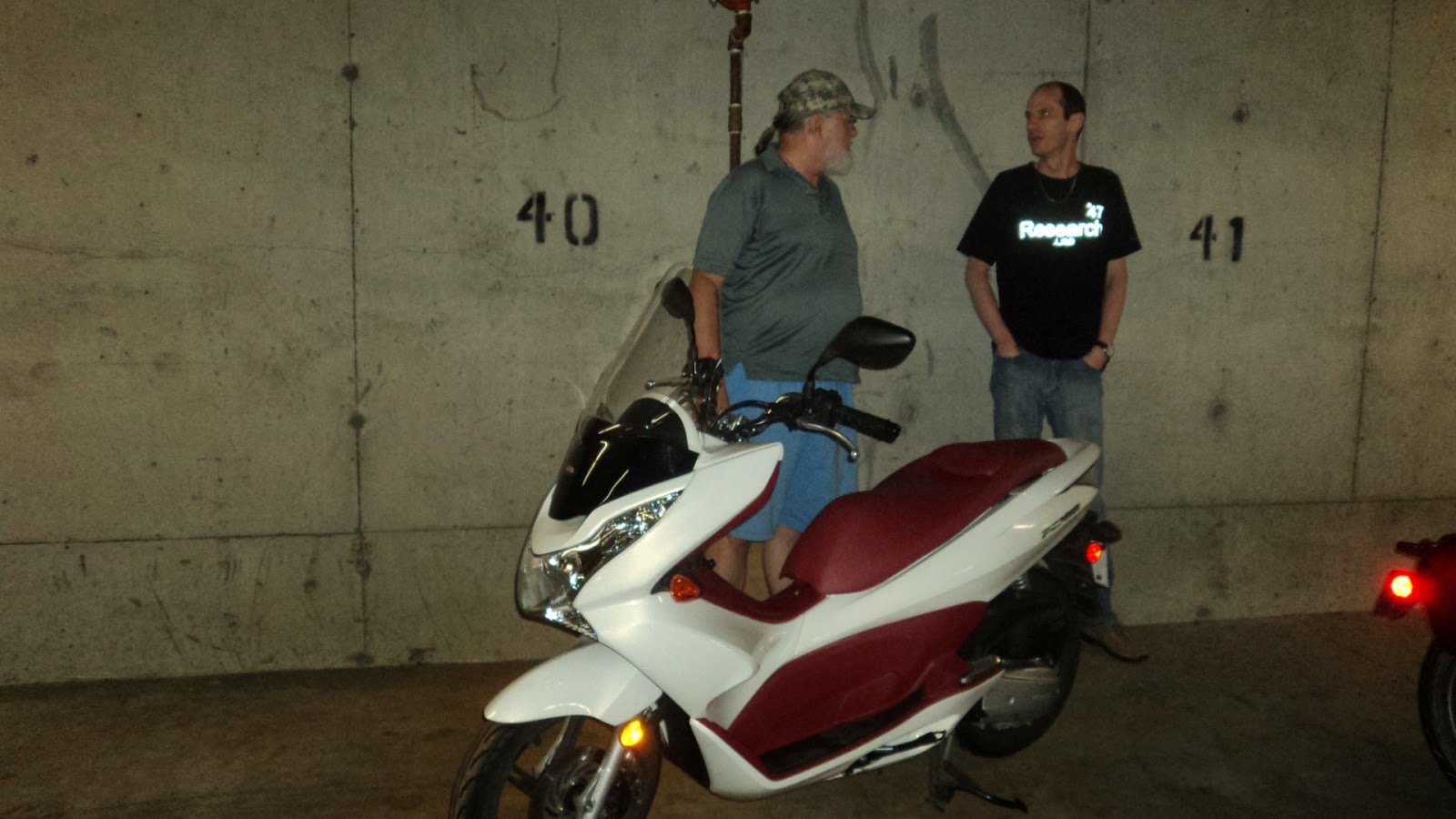 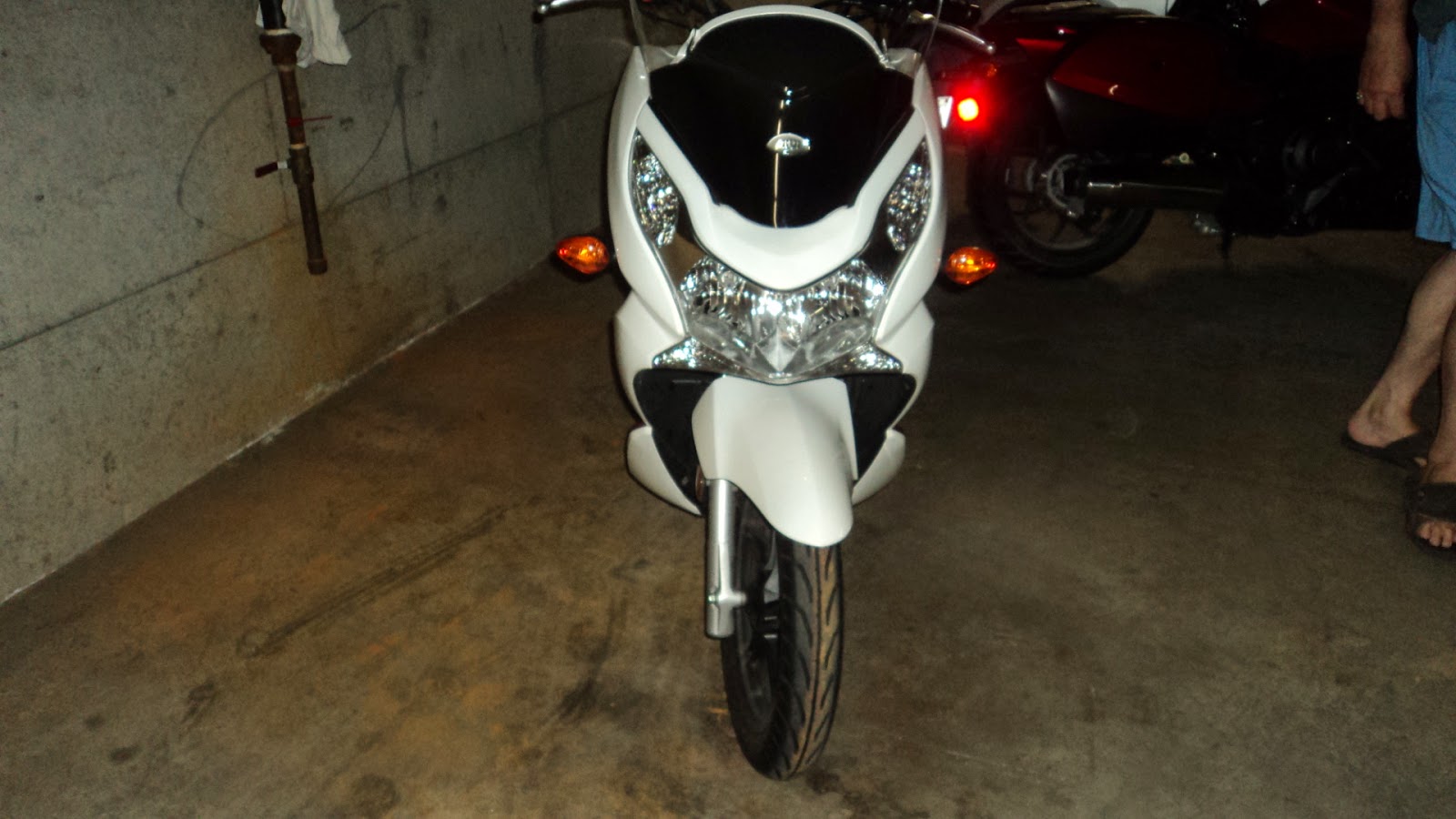 We waited for the previous owner to go and get some paperwork from his house.  Meanwhile he left his key to his Honda CTX700...The screen that is on the bike was purchased by the previous owner.  The stock screen was supposed to be included as well, but someone had broken into this locker and stolen it.  So, the price came down $100.00.  Sweet! 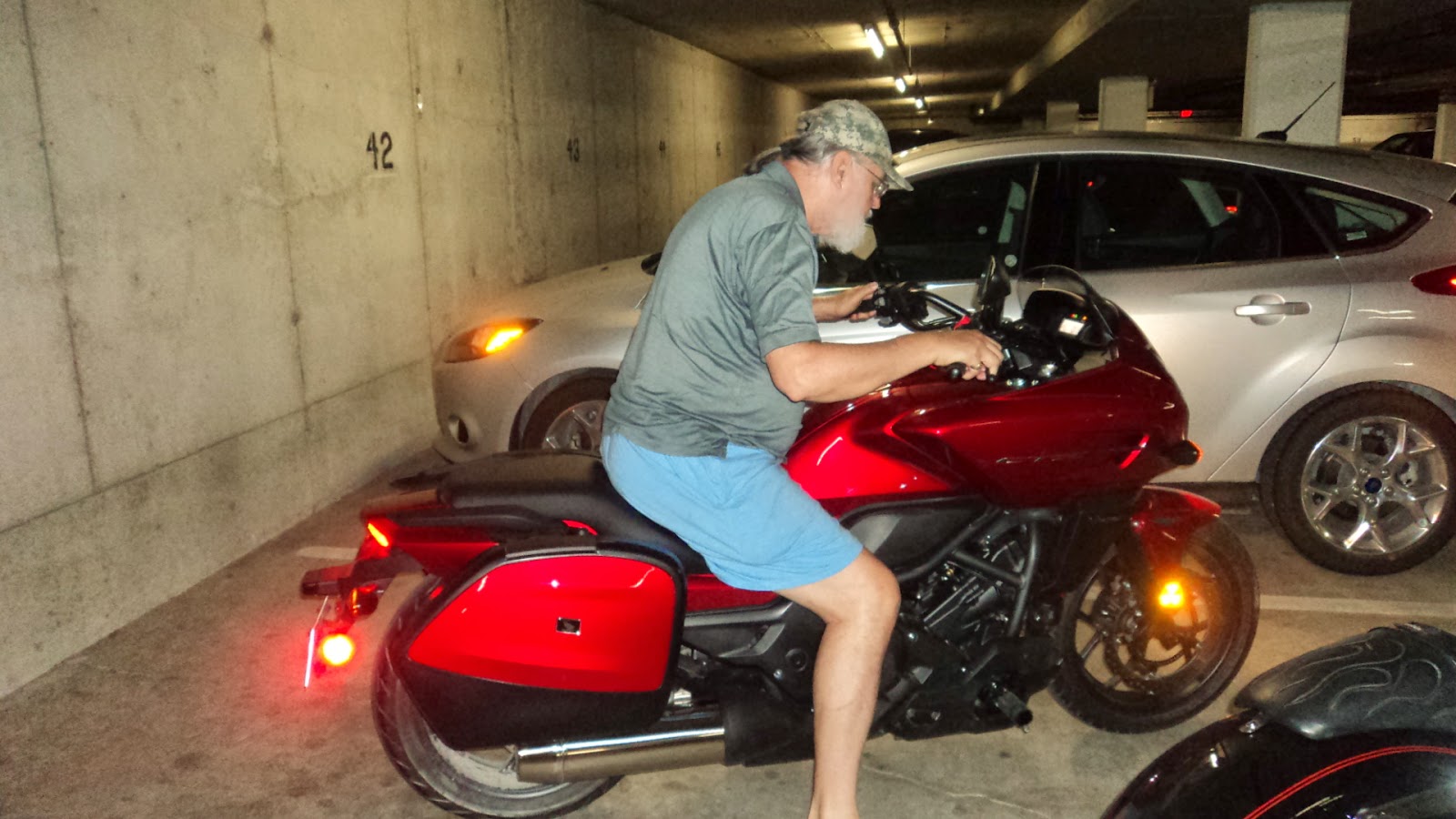 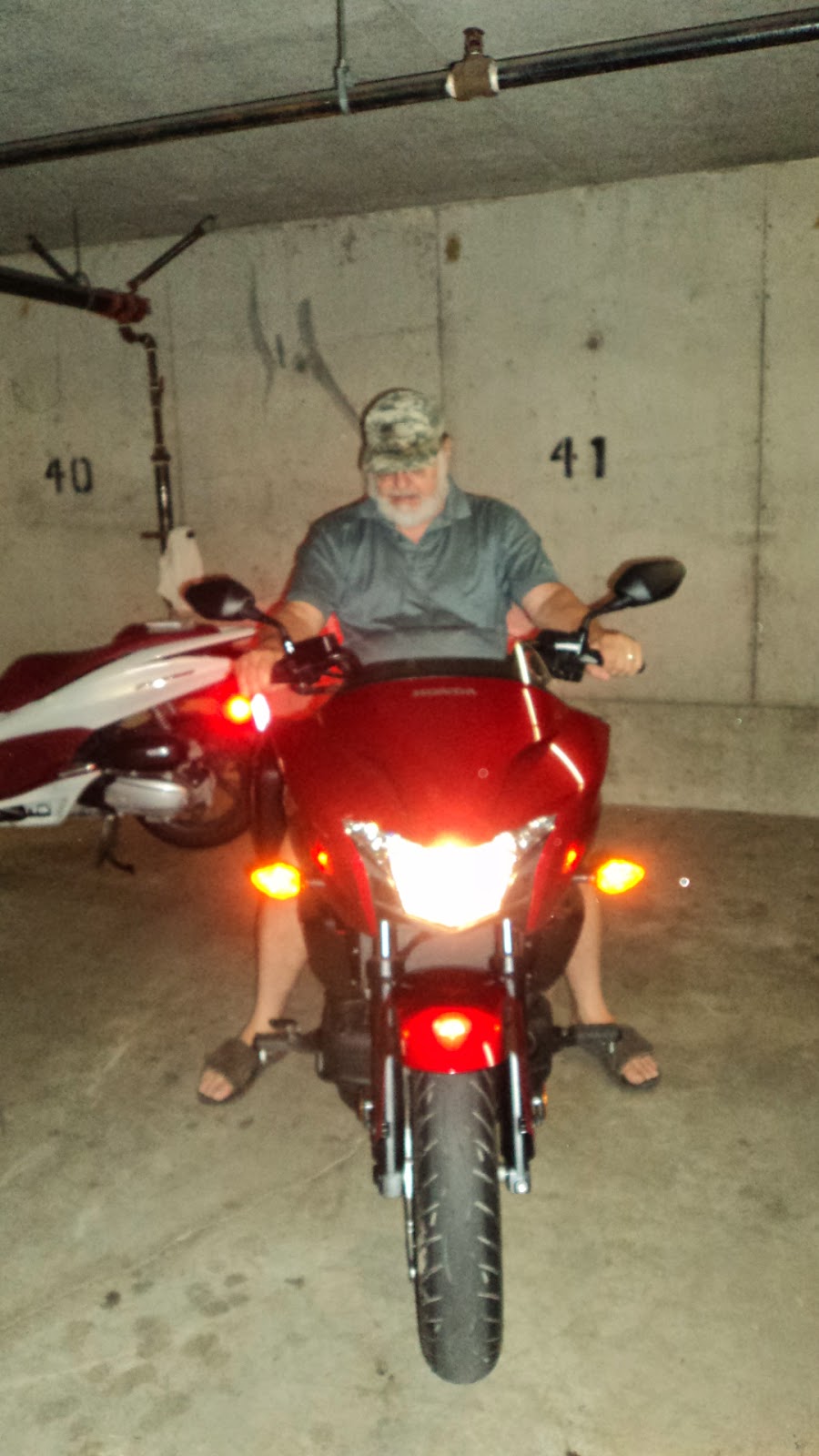 Whew!  That was a close call.....haha.  They got Ruby loaded onto the trailer and ready for transport. 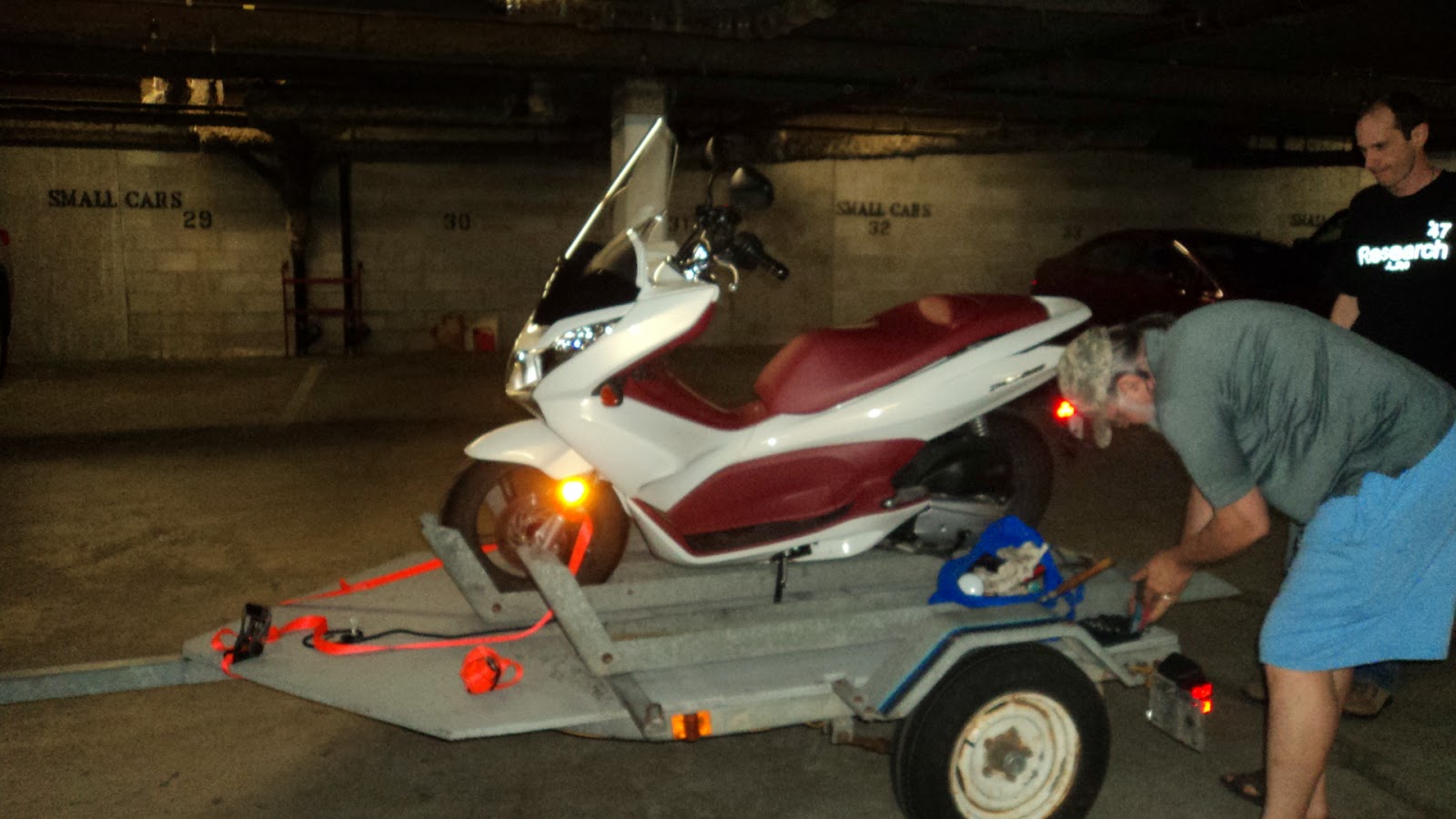 We made our way to the insurance agent which was quite the experience with the conflicting information that I was receiving. But, we finally got through the ordeal.... 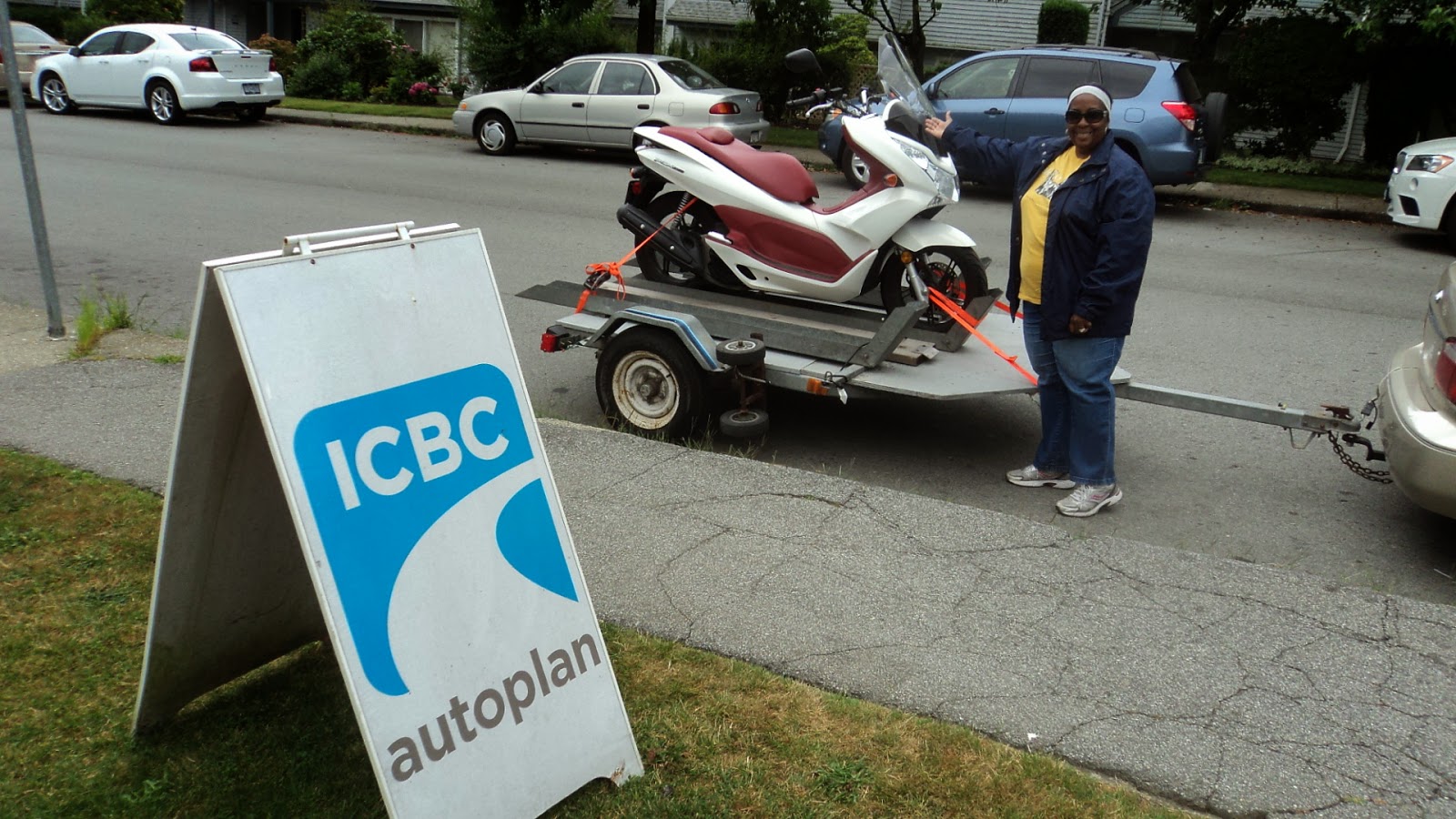 And sealed the deal....meanwhile the insurance agent was photo bombing in the background! haha 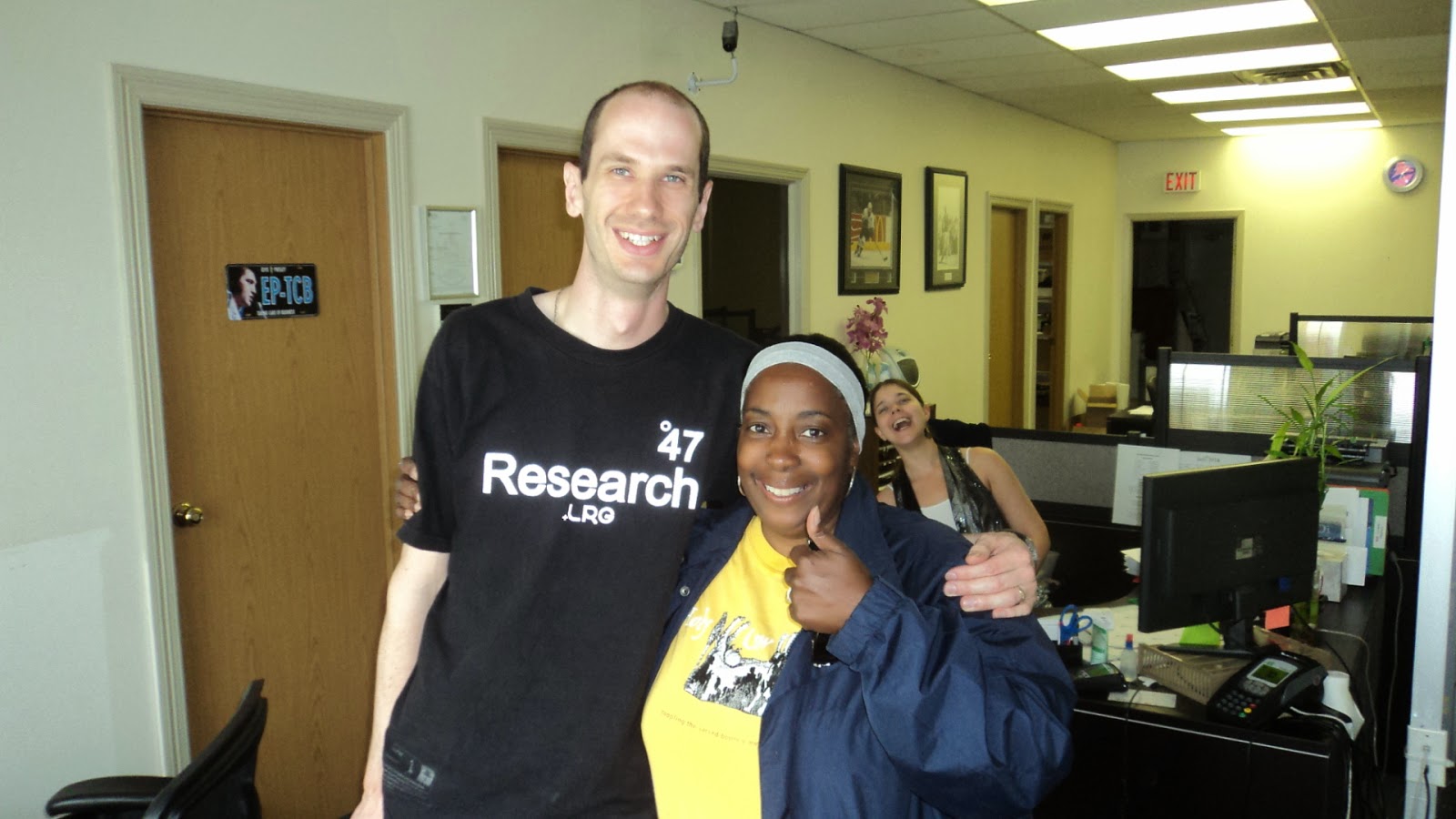 We headed back toward our own city pulling Ruby behind us.  The skies were looking ominous. 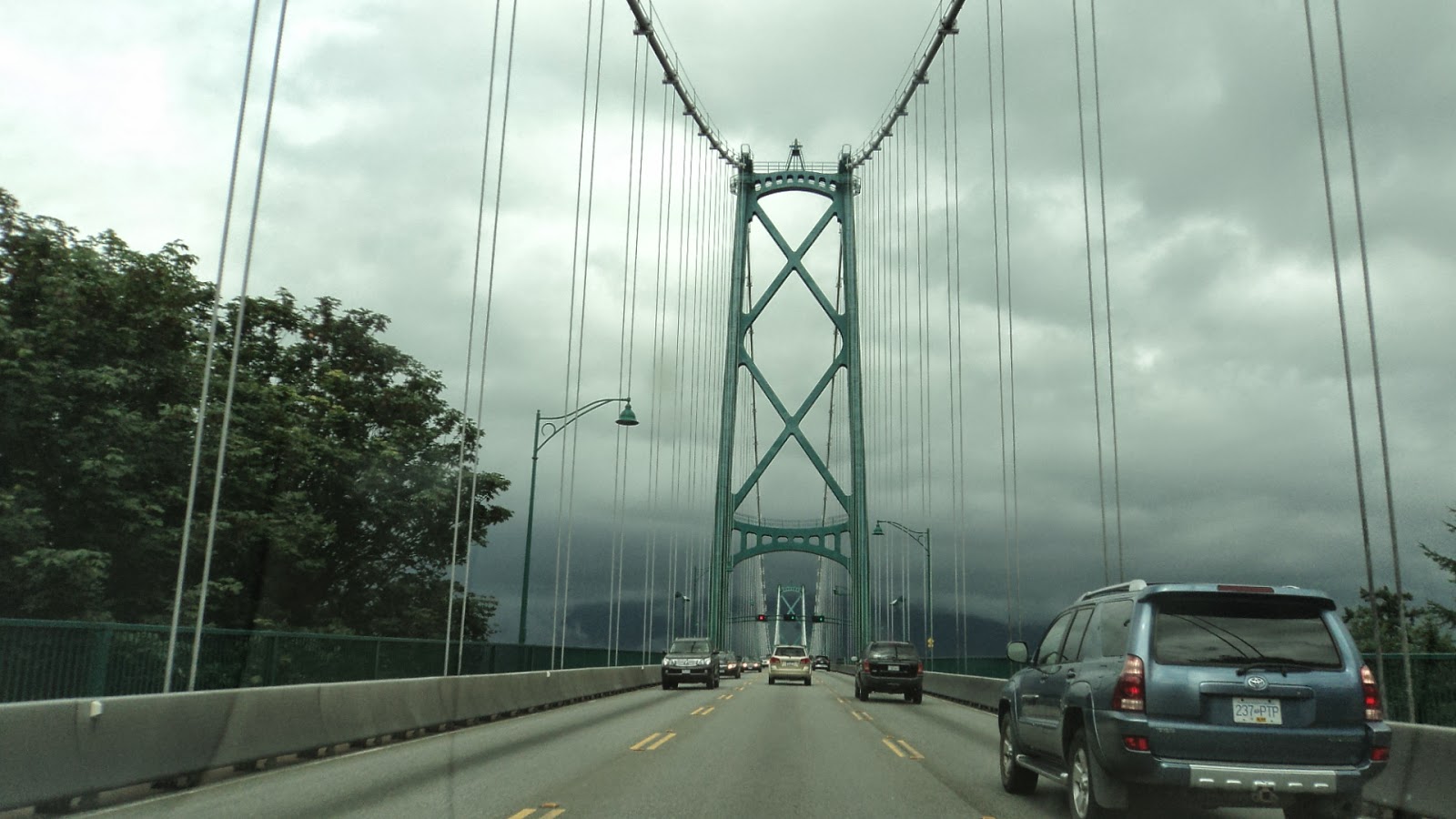 We made it back with just a little bit of rain along the way and put Ruby in her place. 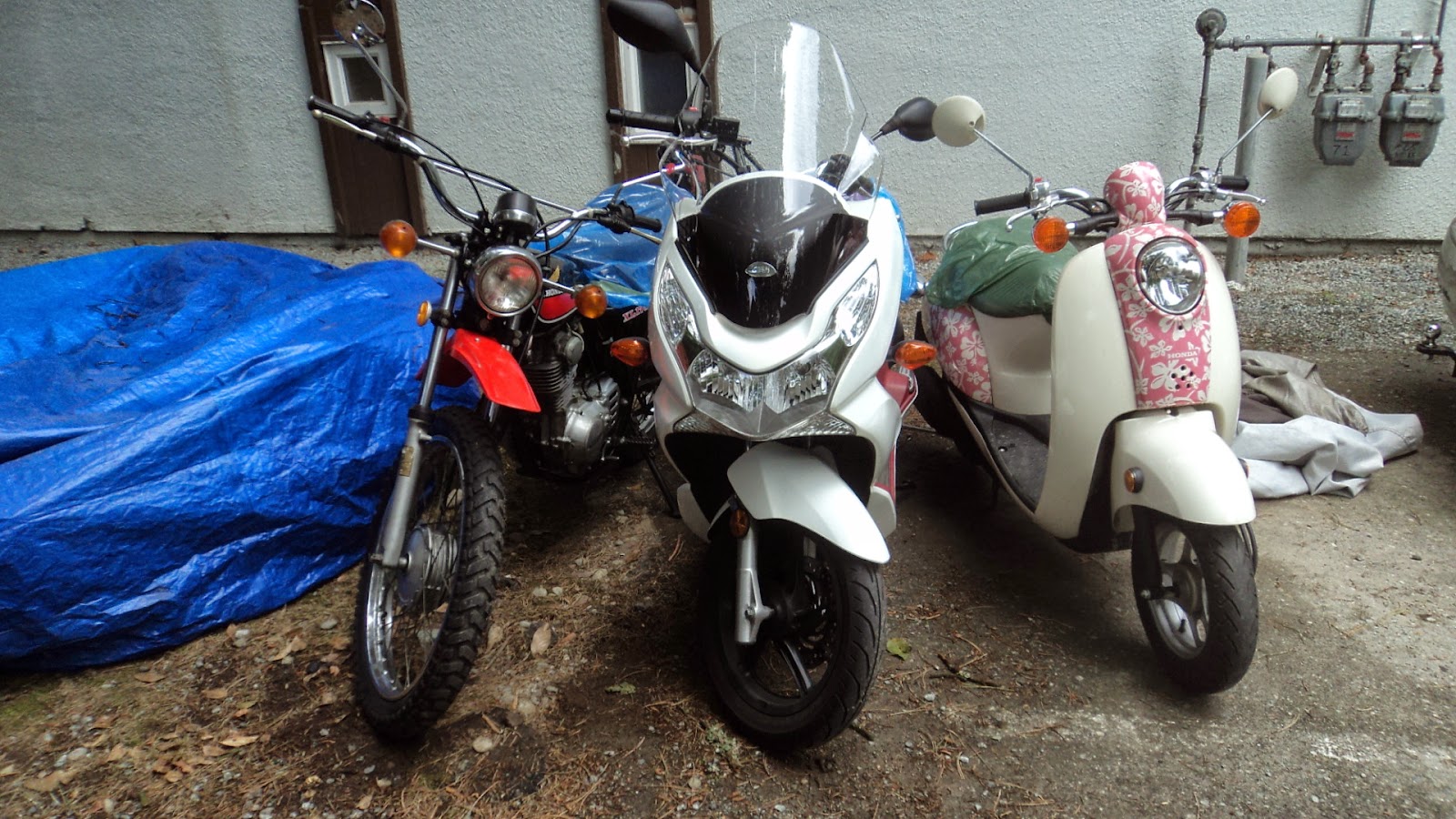 Now, I have to decide which pair of boots feel more comfortable with which bike! I also got plastic bags to cover all of the seats while the bikes are resting under the tarp.  It seems that the neighborhood cats like to put their paw prints on all of the seat (complete with mud) and take naps. 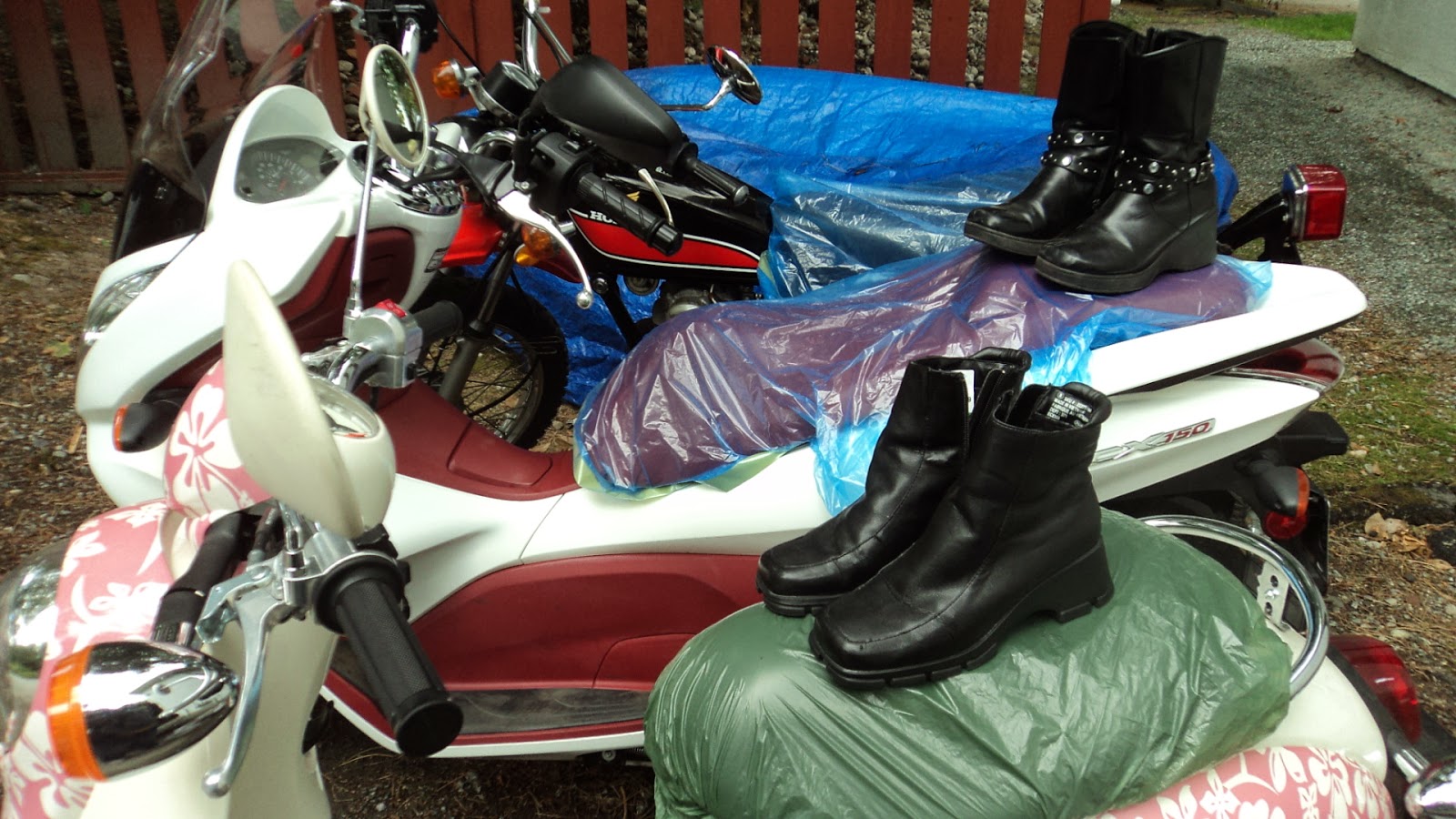 I gotta tell you; there is a huge difference in the performance between the Bet & Win and this Honda.  When I rolled the throttle, I thought it was my last day on the planet!  The thing takes off like a jet!!  ha.  Blew my wig clean back, ya'll.....ha.  So, if you felt a big gust of wind going past you, it was probably me and Ruby hanging on for dear life!