Cats, Frogs and Desert in Greece!

Spring seems to be slow in coming to BC this year.  There has been a lot of rain.  So, of course whenever one can venture out past the fireplace or heater, one does.  I have two gardens that I am working on.  The one in BC which I am constantly working on keeping this out..... 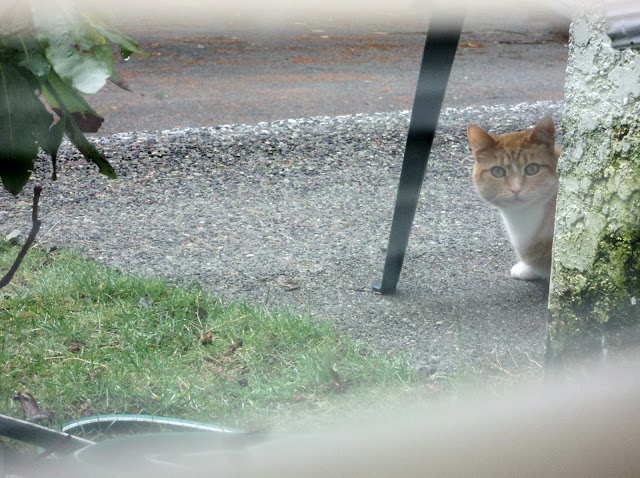 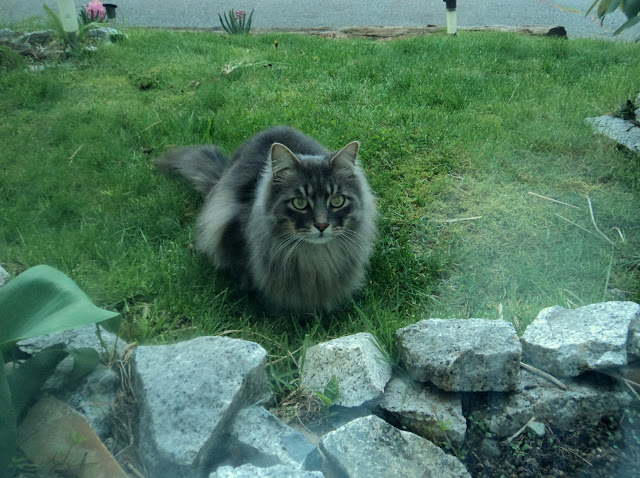 the other one is in the United States where I have great plans for and would like to incorporate things like this........ 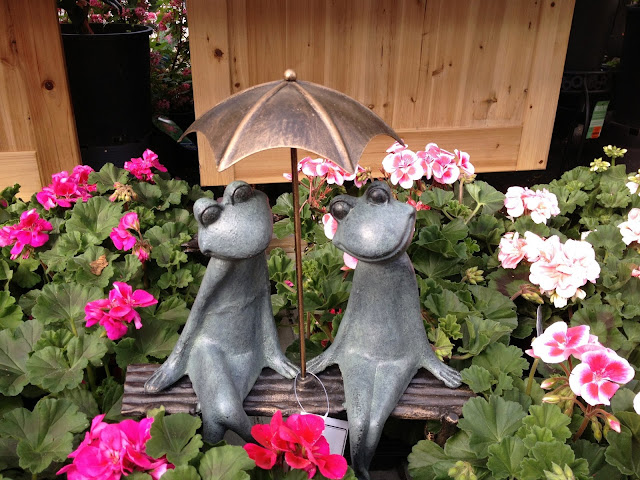 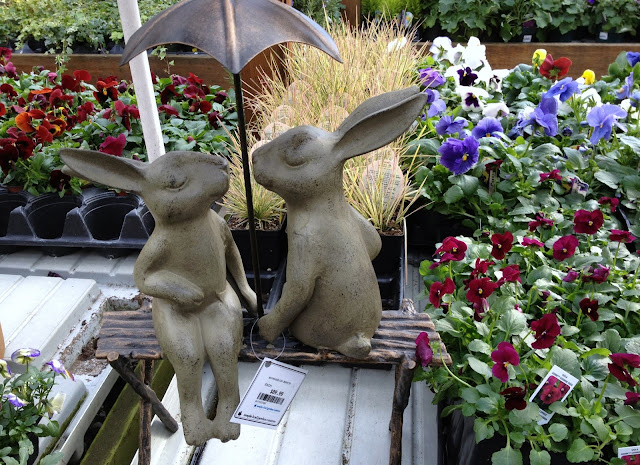 After some thought about the chairs that I painted and left in the states earlier this year, I decided on this for now. The reason is because I saw her sitting on a yellow chair almost identical to the one I painted yellow and she had pink flowers behind her on the chair.....cool-eh?....:-).  So, she will be traveling to the states with us to be placed in that newly started garden. 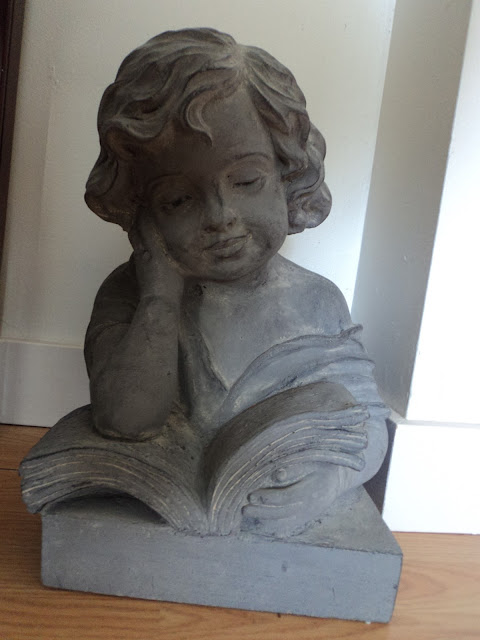 We had dinner and headed to some place we had never been for desert. 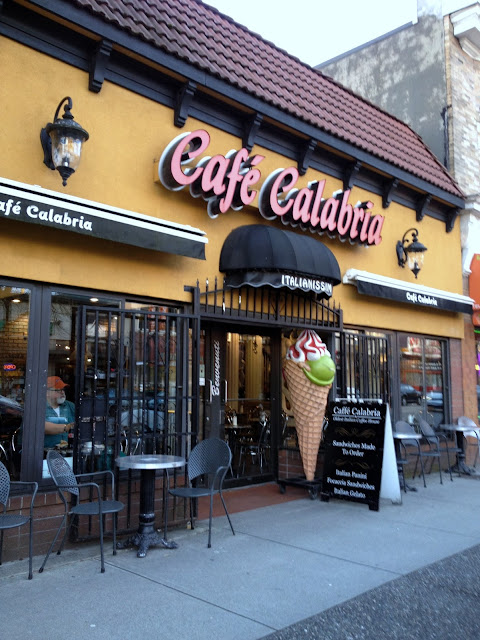 The place was quite striking inside.  I mean when was the last time you stepped off a city street in one country only to have desert in another!  This was no ordinary ice cream shop! 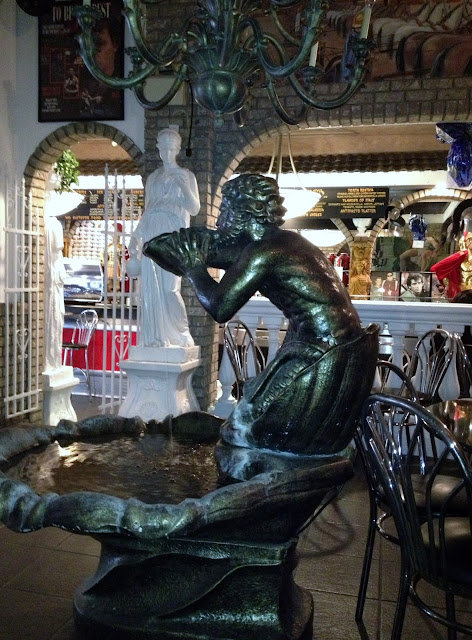 Everywhere you looked, you were in Greece.....:-).  This might in fact be the closest I ever come to it too. 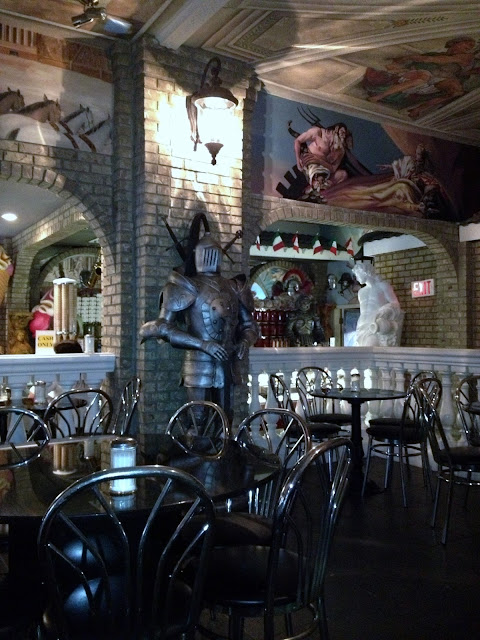 The art work extended all the way up to the ceiling, but the workers looked "nervous" about me taking pictures although I did manage to get a few more pics. 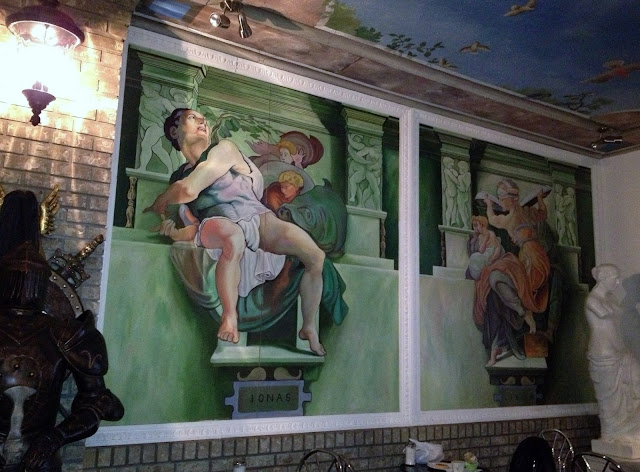 They even had a life size horse and knight positioned right behind our table.....very cool! 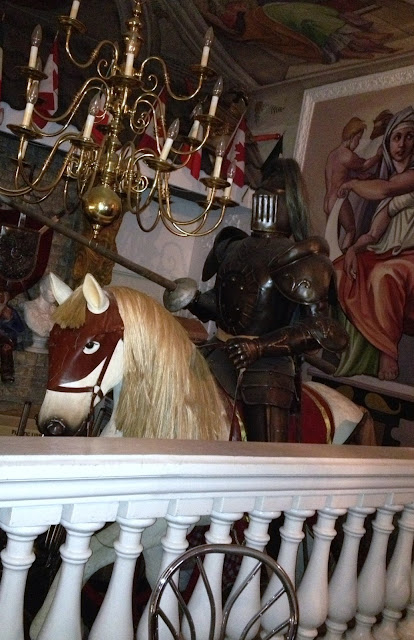 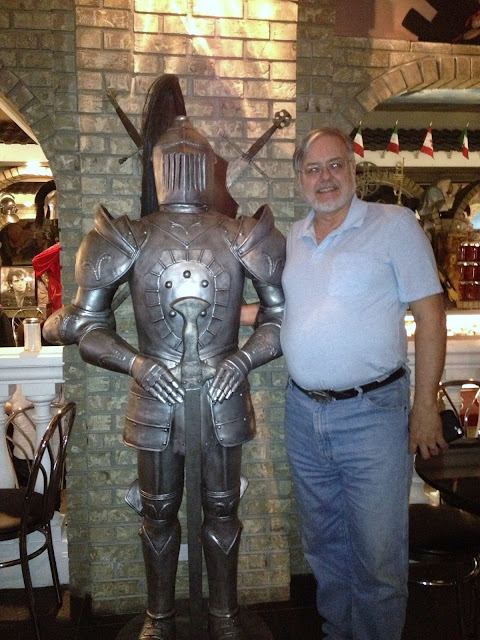 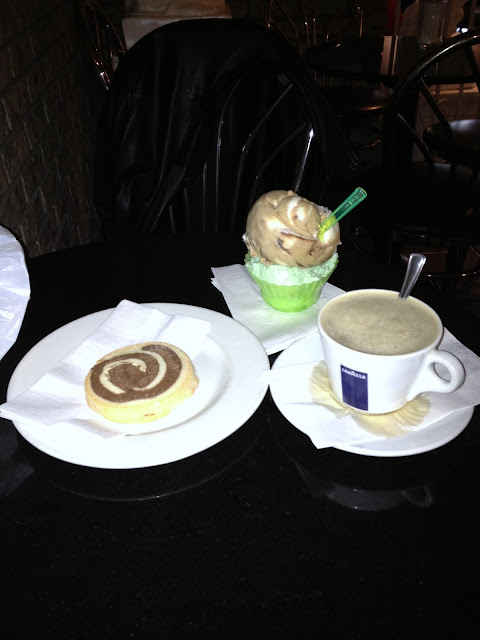 I sipped on my coffee and sat there amazed that I was eating desert in Greece...ha 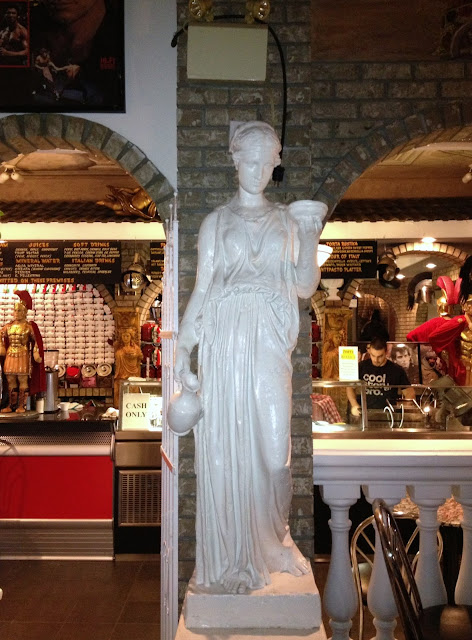 after Scootard got finished making his acquaintance with his new friend, he decided to enjoy eating in Greece as well.....:-) 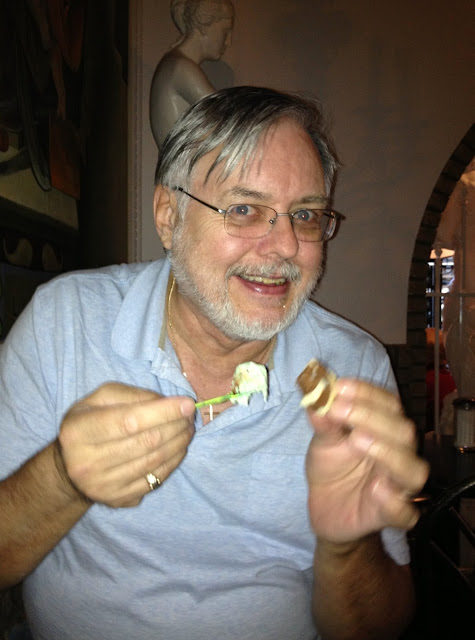 after having enjoyed our desert in Greece without ever having to hop a flight... we headed to the beach to watch the sunset before heading home.... 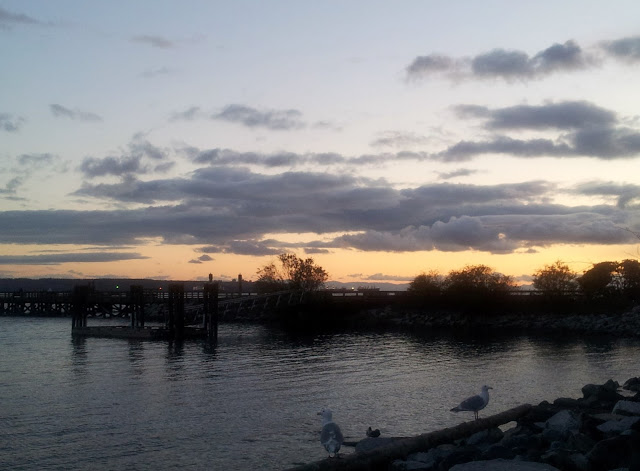 See ya next time!
Posted by Tripping Sister! at 1:16 PM 6 comments: