We both woke up earlier than expected and decided to just go down for breakfast early. The sun was up and the sky was beautiful. It was hard to take in the fact that we were leaving Europe. 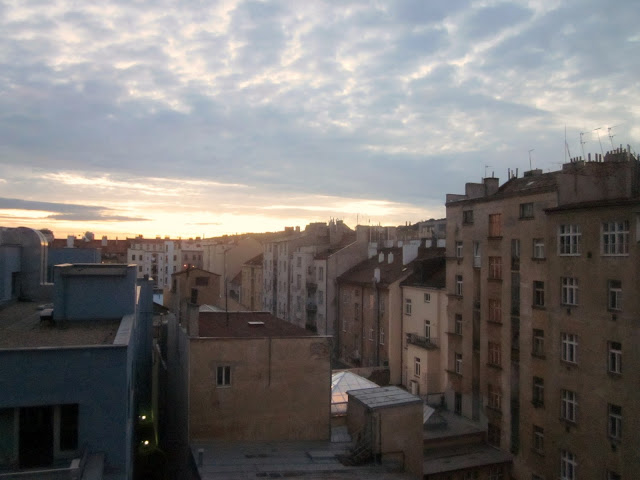 I was getting really burned out with breakfast which to me was a clear indication that it was time to move on.  It was very light this morning. 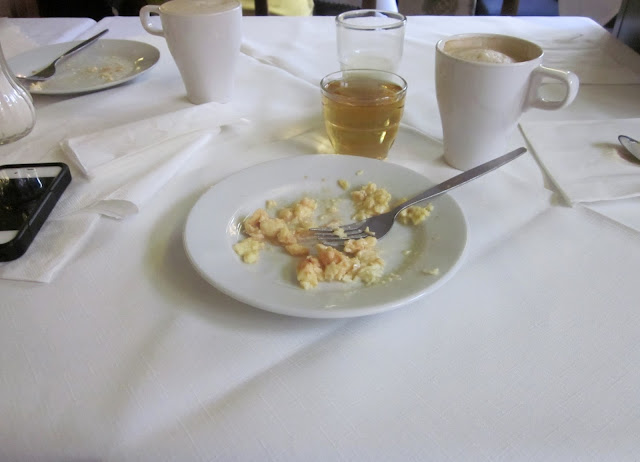 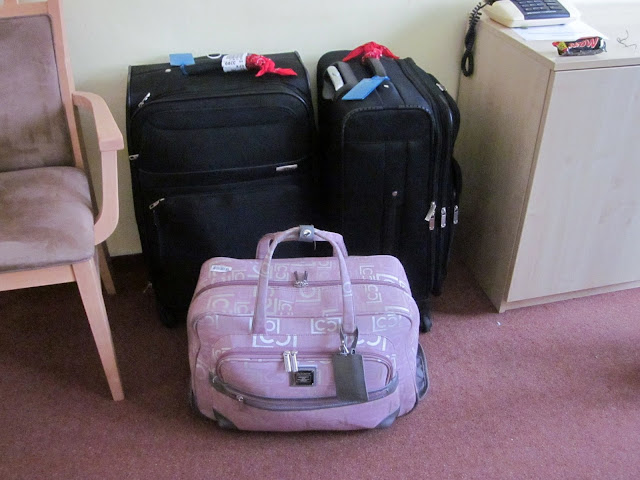 Our host Maxim and his associate were great to us.  They arranged our cab, gave us coupons for the restaurant next door and helped us figure out the map while we were in their country.  Thanks you guys! 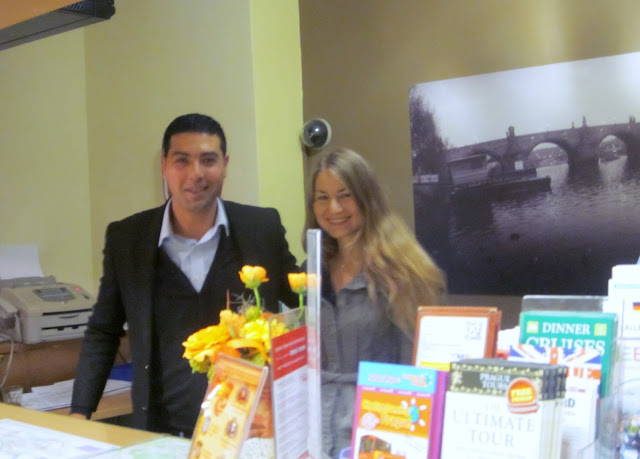 And so, the cab has been called.  We are checked out and waiting for the transport to the airport. 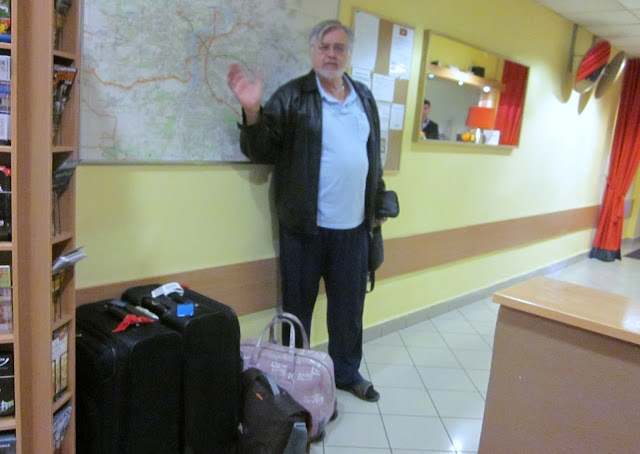 Wow... I was expecting a cab, but it was actually a transport service that took us there. 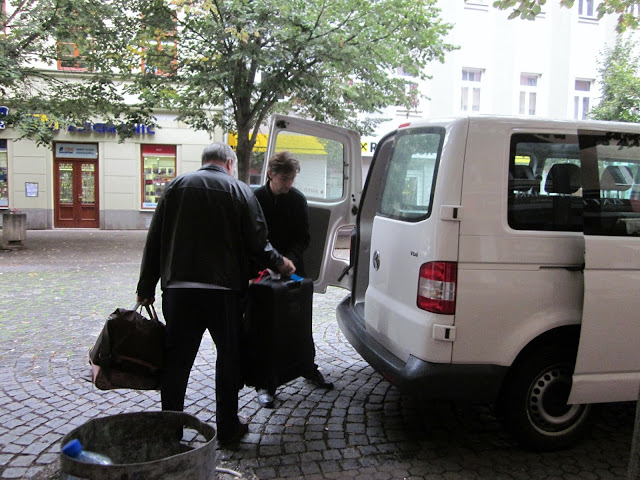 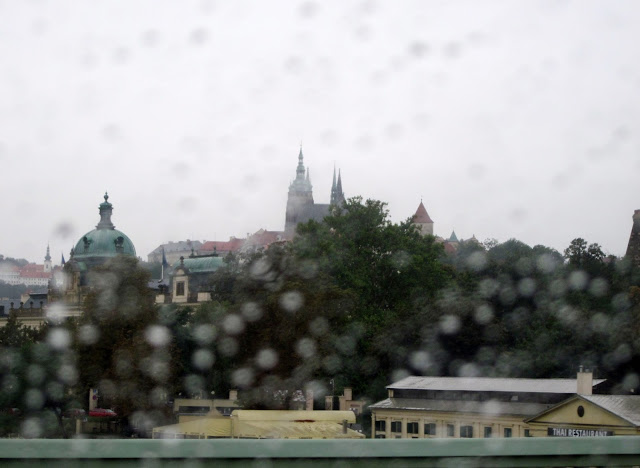 It was raining and our driver drove like a maniac!  It was so bad that Chris started singing to Jesus!  hahaha.  I'm not lying, ya'll.....I was cracking up...... 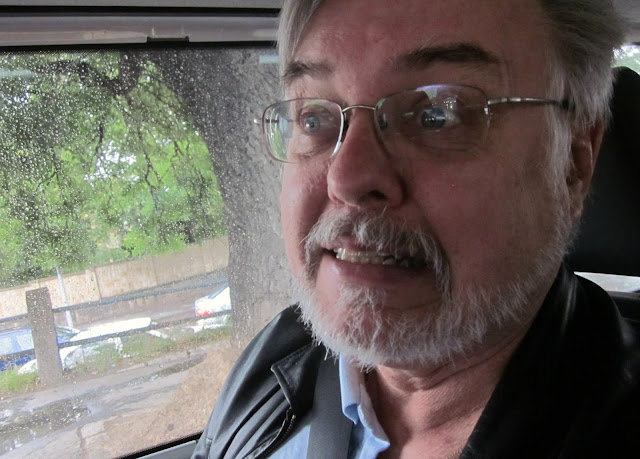 I am glad that there was not a ridiculous traffic jam like there can be at times there.  But still in all, the road was wet and the driver was a lunatic! 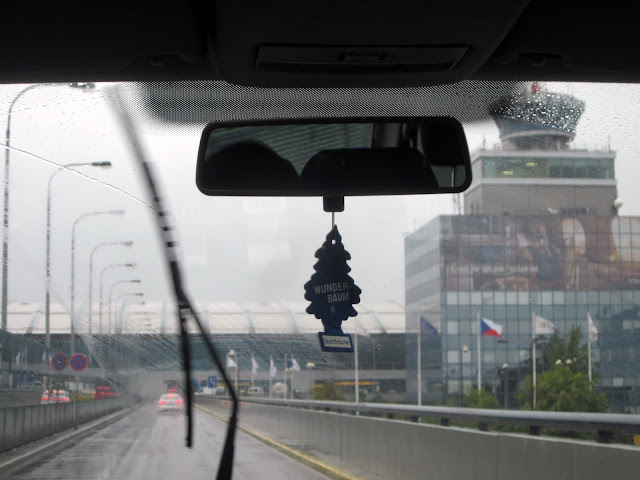 And one point, we were stopped at a light and a very ANGRY driver got out of his car and came over to the driver's window and cursed him out in Czech or what may have been Russian.  How do I know, you may ask.  Well, he wasn't telling him to have a great day...haha.  I'm sure of that! We were glad to see this sign.... 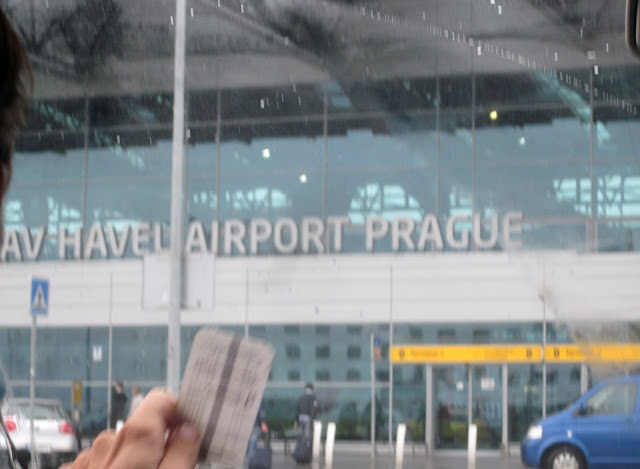 And the whole ride was so nerve bending that were equally glad to see these!! 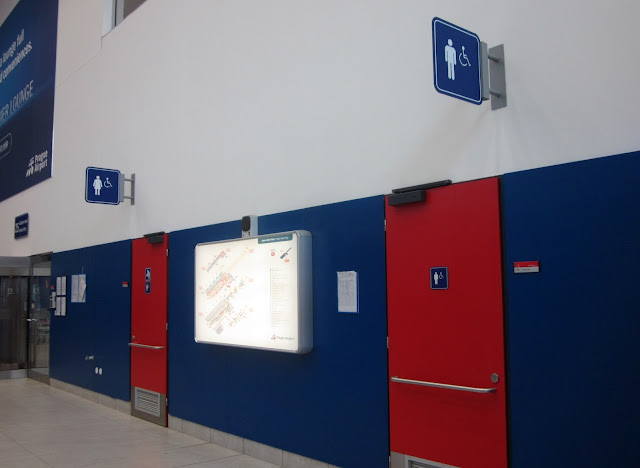 AND, then we find out that they guy dropped us off at the WRONG place...(shaken my head at this point)....We just had to laugh and get ourselves turned in the right direction. 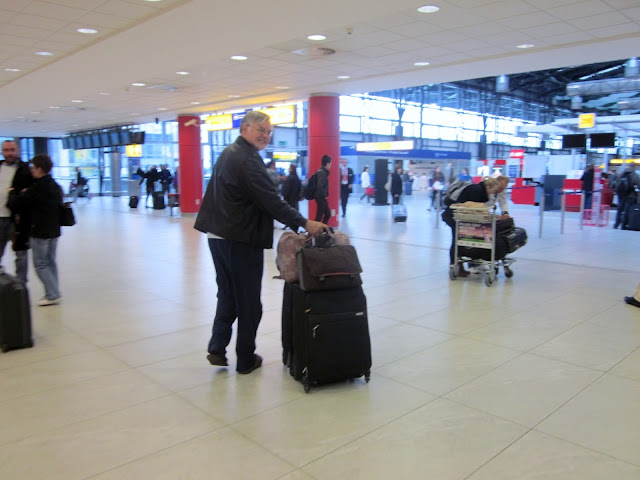 Which meant that we had to take the elevator a do a bit of walking.....elevator sounds good to me...:-) 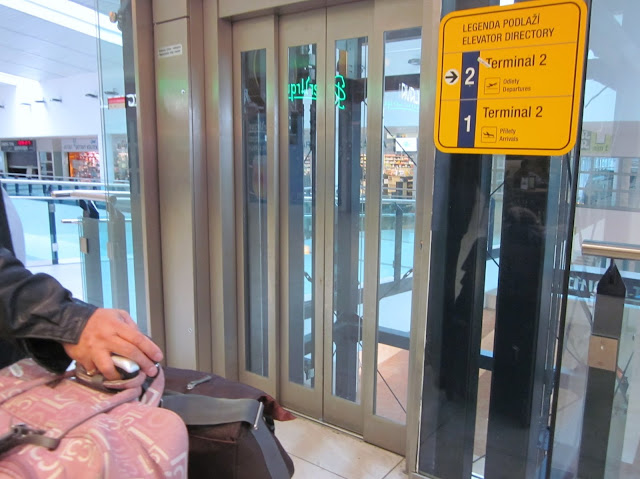 I couldn't figure out for the life of me why they had this train there on a track that could not be ridden.  I guess it was just "art". 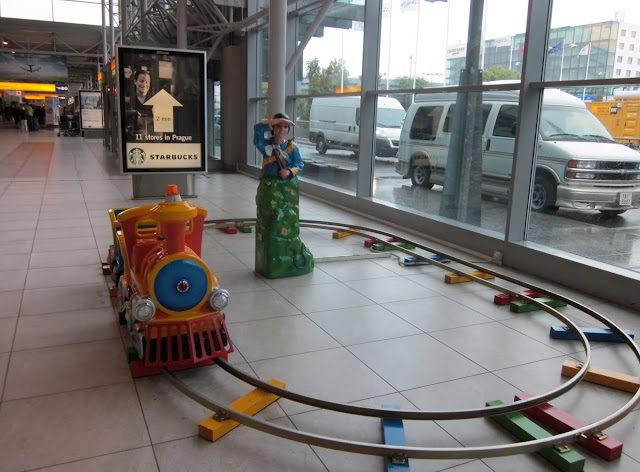 We walked on further and saw this display. Now, we're talking! There was some little person inside the train....:-) 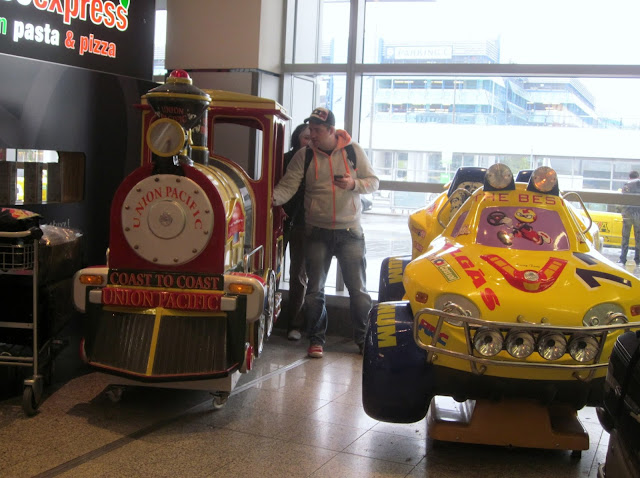 Finally got to our gate and waited to board our plane, but not for long.  It was a 2 1/2 hour ride to England from Prague.... 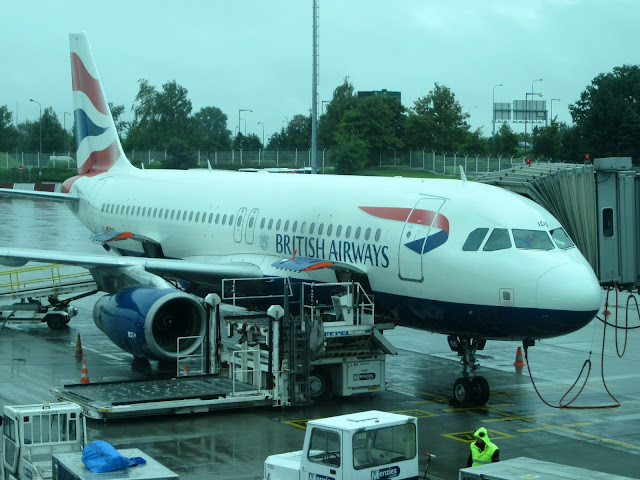 Next thing ya know (and one nap later)......we were in London.  London proved to be our last time to take a picture.  At least it was for me.  By the time we got through customs and dealt with language barriers, we had to literally go straight onto the next plane and were usually nearly the last ones to get on! 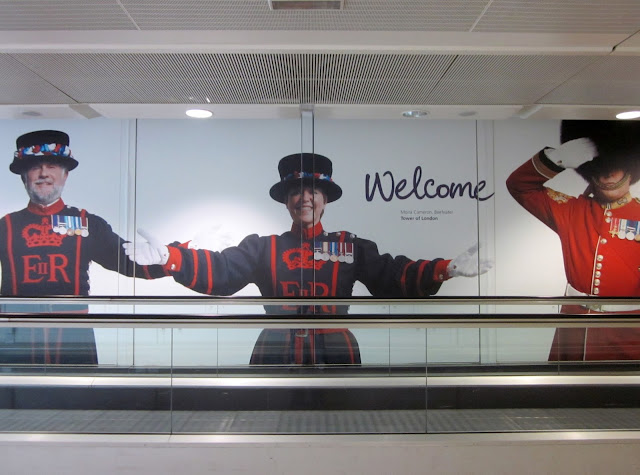 We got into our own city on schedule, tired and ready for bed.  The good thing is that when we got in it was 10:15 at night.  So, grabbing a snack and going to bed came really easy for us....:-). Chris was in bed and asleep before I even had a chance to really digest the fact that we were home! But, it was good to be back and to savor the idea that my home is one level and I only have TWO steps outside my door....:-) haha.  Lord knows I was tired of all those stairs!

It has been a very full trip and a wonderful experience jumping from one country to the next in a three week period.  But I think the most rewarding part was being able to take all of you with us....:-).
Thanks for coming along with us during the good and the bad.  We are glad you came and hope you enjoyed your vacation!

See you someone else in the world!
Scooterchick
Posted by Tripping Sister! at 1:26 PM 6 comments: