I love spring.  Especially after spending so much time on the internet looking at all of the possibilities of starting a new garden.  Unfortunately, even though it is still a bit chilly outside bugs are alive and well and traveling by whatever means they can manage.  Since I don't care to be wet or cold, it is not hard for me to spend several days at home before venturing outside.

In this particular case, I had not been outside in a week  accept to visit friends who have a dog that spends lots of time outdoors.    It is a mystery (not really) of how it happened that I was bitten by a tick.  But it did in fact happen. How do I know (you may ask) that it was a tick?  We pulled it off of me and stared at it for quite some time in disbelief!  After several days of of trying to attend to it myself with antibiotic creams, enduring pain, swelling and eventual infection, Scootard put his foot down and took me to the hospital. At least it was a fairly decent day out. 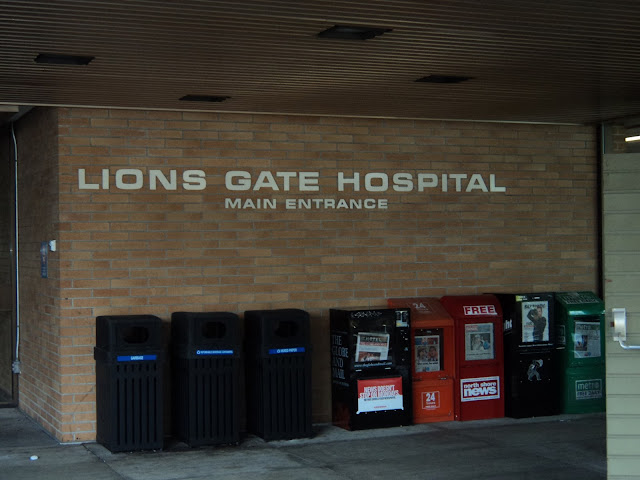 After doing the initial interview with the nursing staff, it was made clear that this was a "rare" event for the hospital although they had seen this happen from time to time.    I had to ask myself with all of the outdoor sports that go on here all year round, how in the world could this be "rare"???  Everybody and their brother has dogs and cats!  I know, I fight to keep them out of my garden...ha 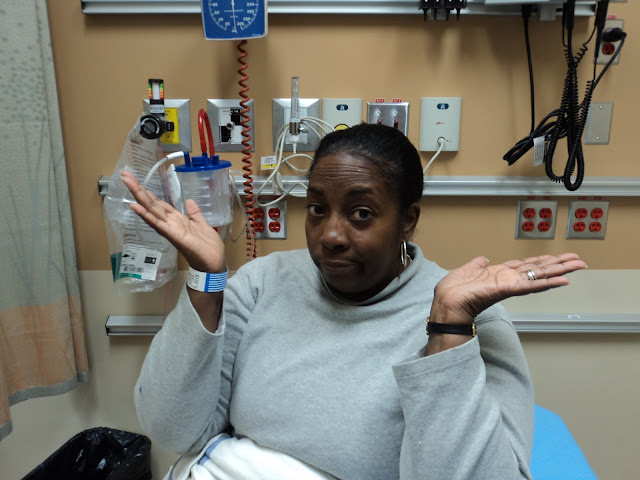 So, we sat.  And sat.  And sat.  Eventually, a student came in and asked to see my "mystery".  What!  Where's the REAL doctor??  ha  Sheesh....I mean I might have Lime Disease here people! 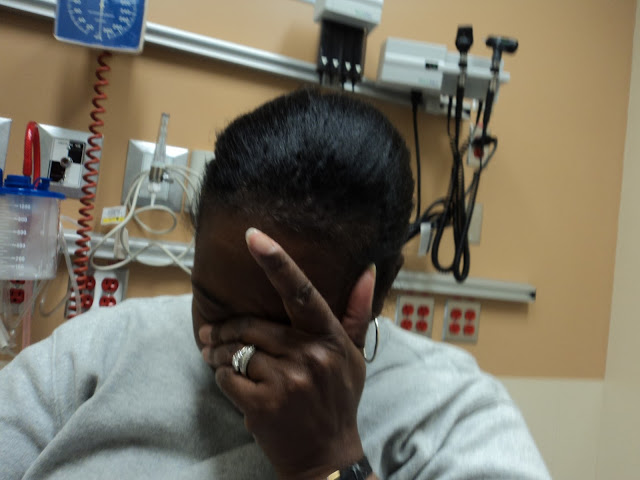 Meanwhile, Scootard was busy texting our friends in the US about our current adventure and giving them updates..... 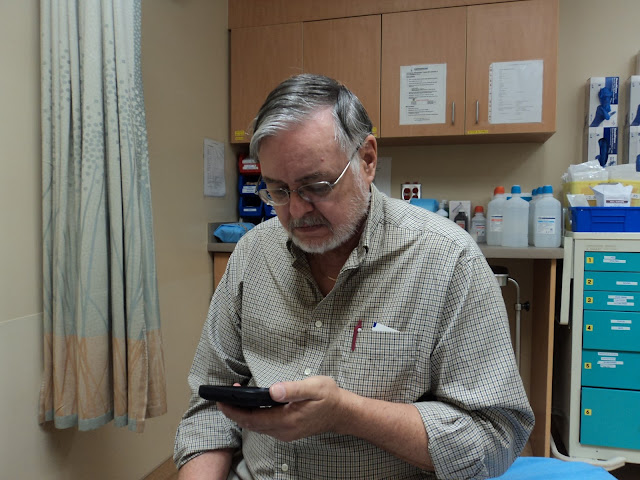 I decided to kill some time since I was a little tired of listening to the drunk guy next to me who had "somehow" broken his foot when he kicked a wall, a cop or something else.  I watched the events unfold in Boston at the marathon.  What a shocker that one was....:-( 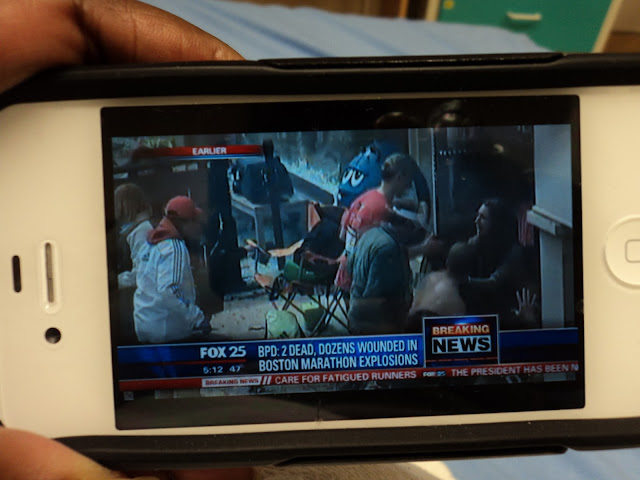 Ok, so now the REAL doctor comes in, takes a look, asked me more question about my symptoms and says.....ohhhh, I want to take some x-rays to make sure everything is alright.  She was concerned that the infection may have gone to my bone.  So off we went! 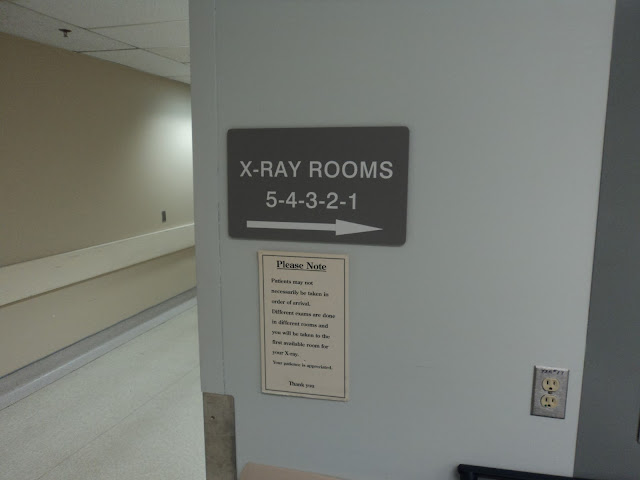 And of course the parking meter was about to run out since we had spent all of our time "waiting" to be seen...:-(.  But when Scootard went back to refill the meter, it was broken!  UGH!!  and the meter person was on the hunt for those who had not paid.  After showing her that it was in fact broken, she initialed it told Scootard  put the same ticket in the windshield so that she can see it when she goes by.  She extended us for another hour without charge....Yay! 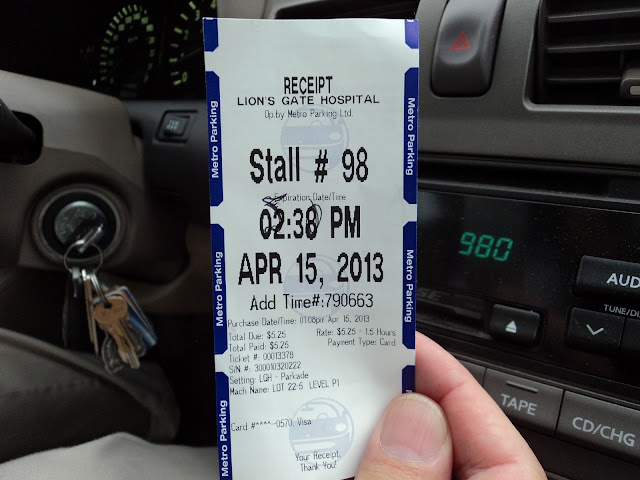 The x-rays came back and all was well although there was a nasty infection going on.  It has not entered my bone.  However, the doctor still was not sure if it was Lime Disease or not and decided to treat me for the infection as well as Lime Disease.  Otherwise, I was good to go!  The doctor did a great job and agreed to pose for this shot for me....:-).  She looked so young that Chris asked her if her parents knew she was playing doctor....ha 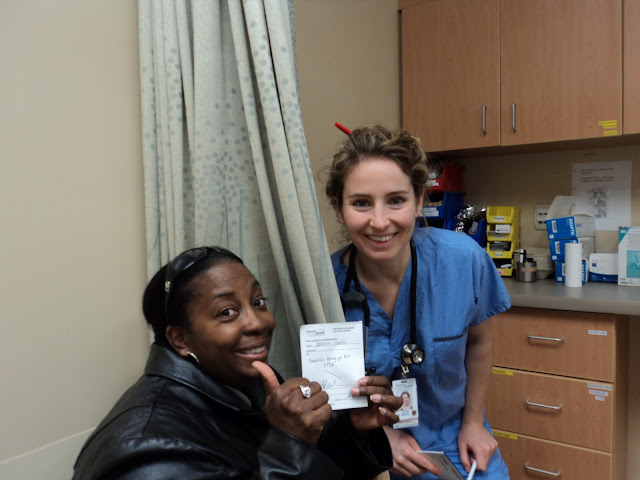 It was time to blow this joint and go and grab a bite to eat. Thank God,  I had successfully escaped a near death experience! haha 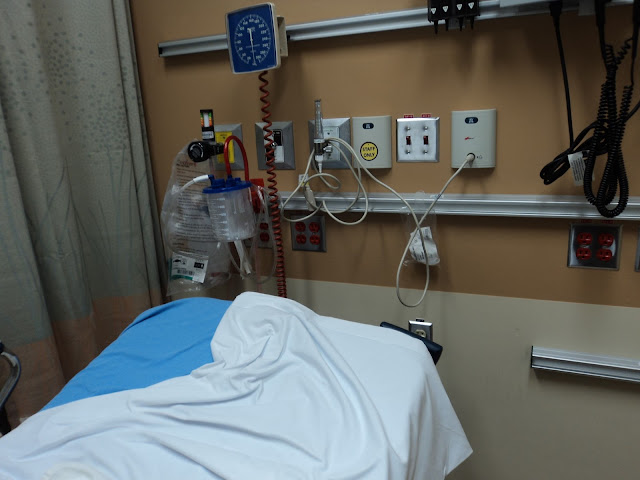 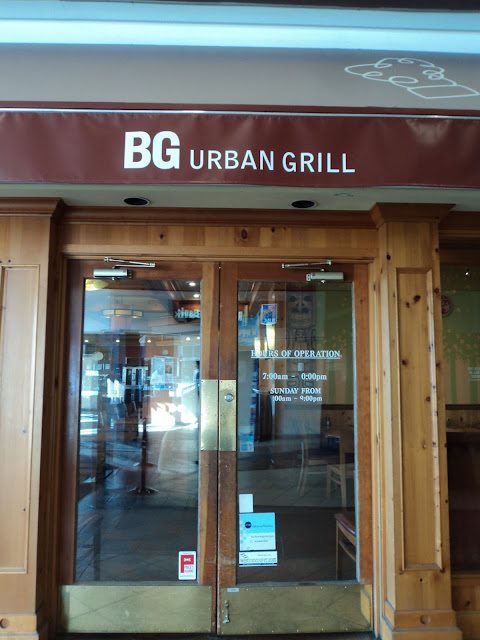 We had never been to this place before, but we were both starving after 4 hours at the hospital with little to eat before we left. 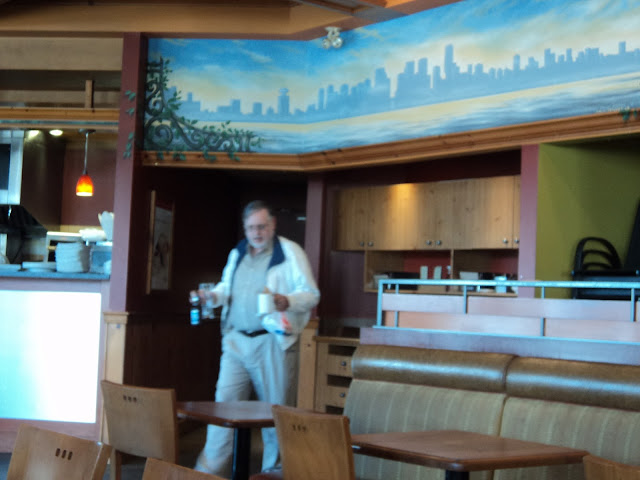 Scootard got this salad thingee..... 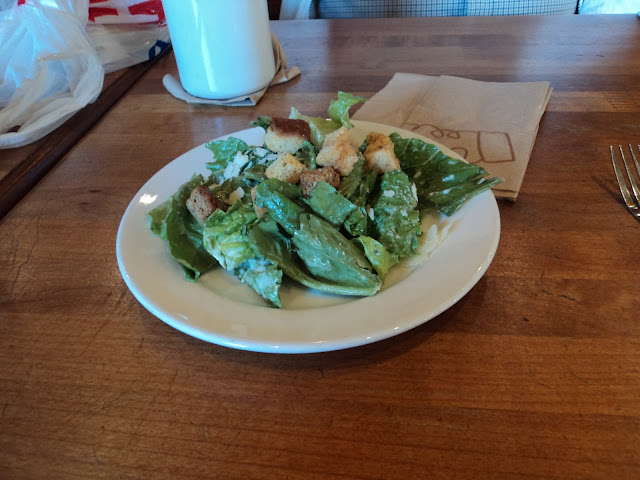 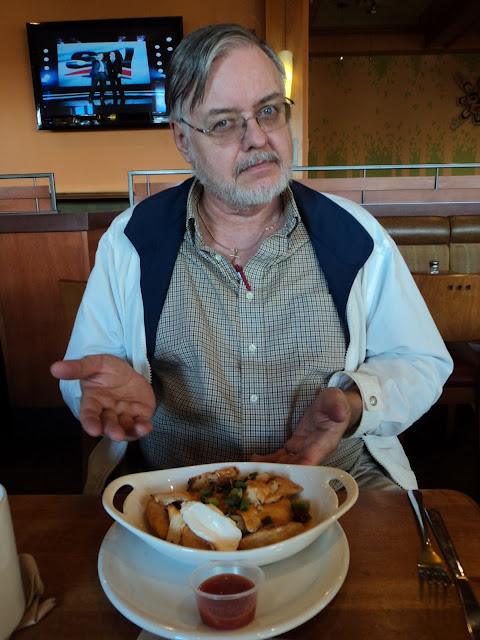 I ordered spinach and ricotta ravioli....:-) 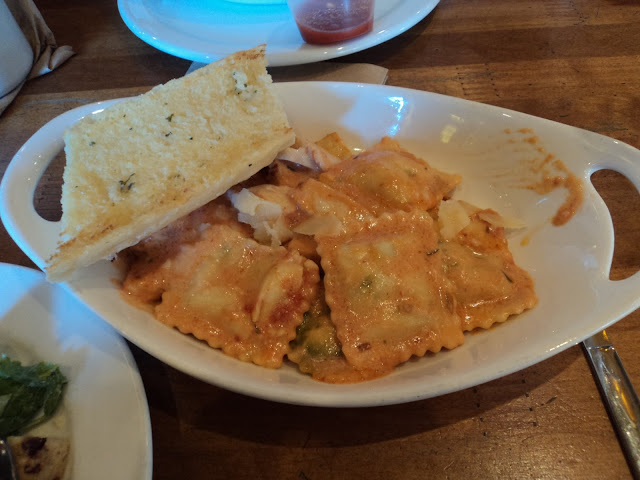 After lunch we picked up my meds that the doctor prescribed for me.  It was going to be a 14 day regimen which I already knew was going to have "unpleasant" side affects.....:-(.  But better safe than sorry later, right? 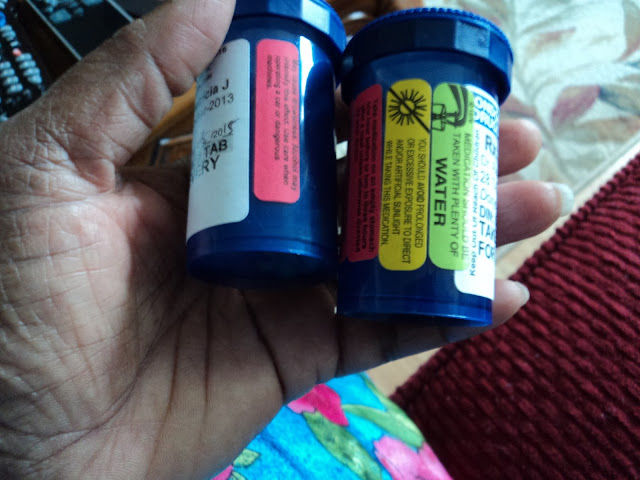 So, we started our trip back home.  Glad to be "ok" and thankful that it had not gotten any worse.  The antibiotics that I had been using kept things from getting really bad, but just weren't quite strong enough.  Now, I had the real deal and hopefully, things will get better sooner than later. It was a pleasant drive home.  I'm grateful to my husband who insisted that I go to the hospital for taking me even though I didn't want to go....:-).
Posted by Tripping Sister! at 11:04 AM 15 comments: