After doing some work in the garden and chatting with a neighbor, I decided to take a time out at the beach. 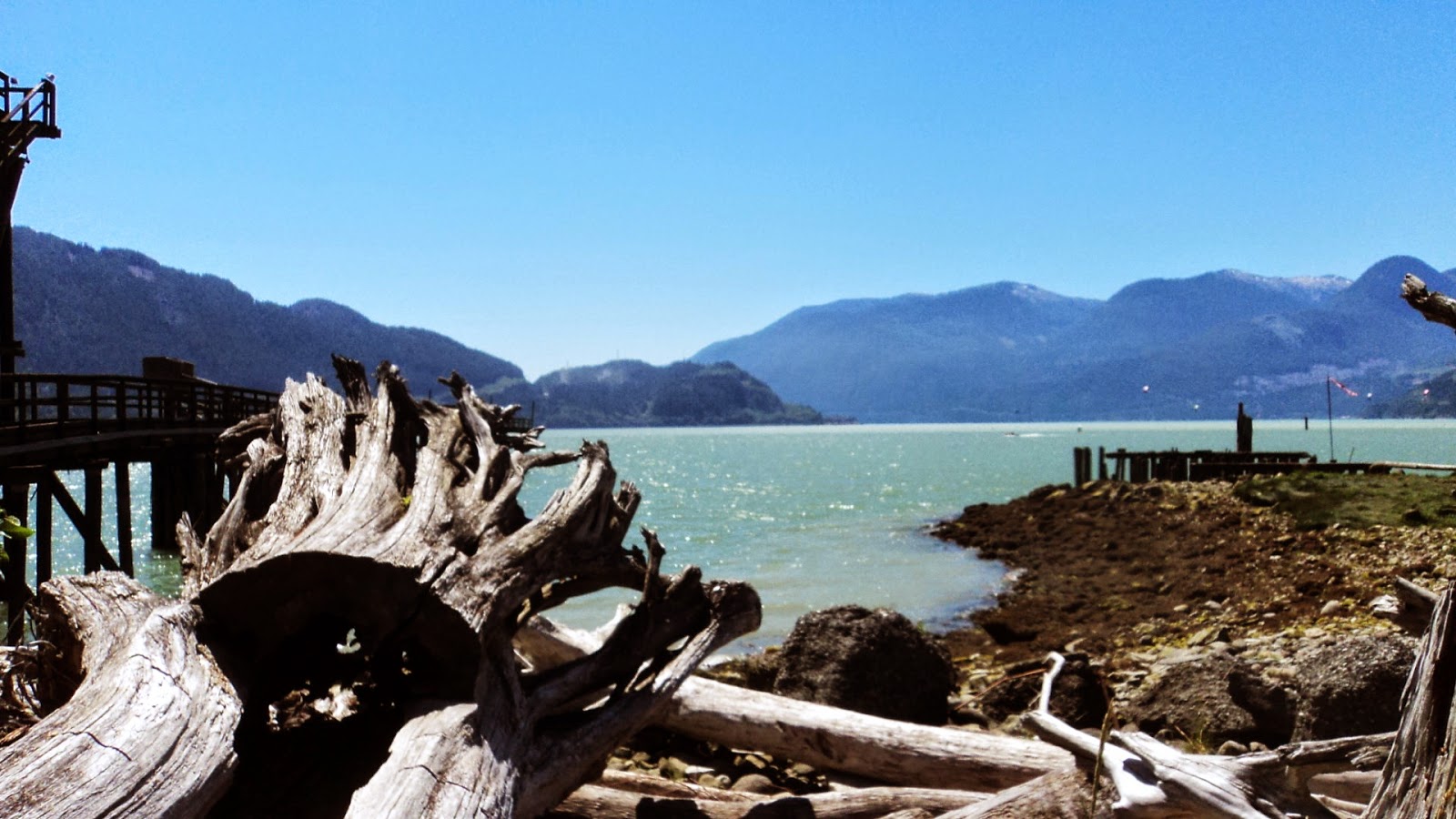 the sun was hot and seemed to be drawing the fluid right out of my poor feet! ha 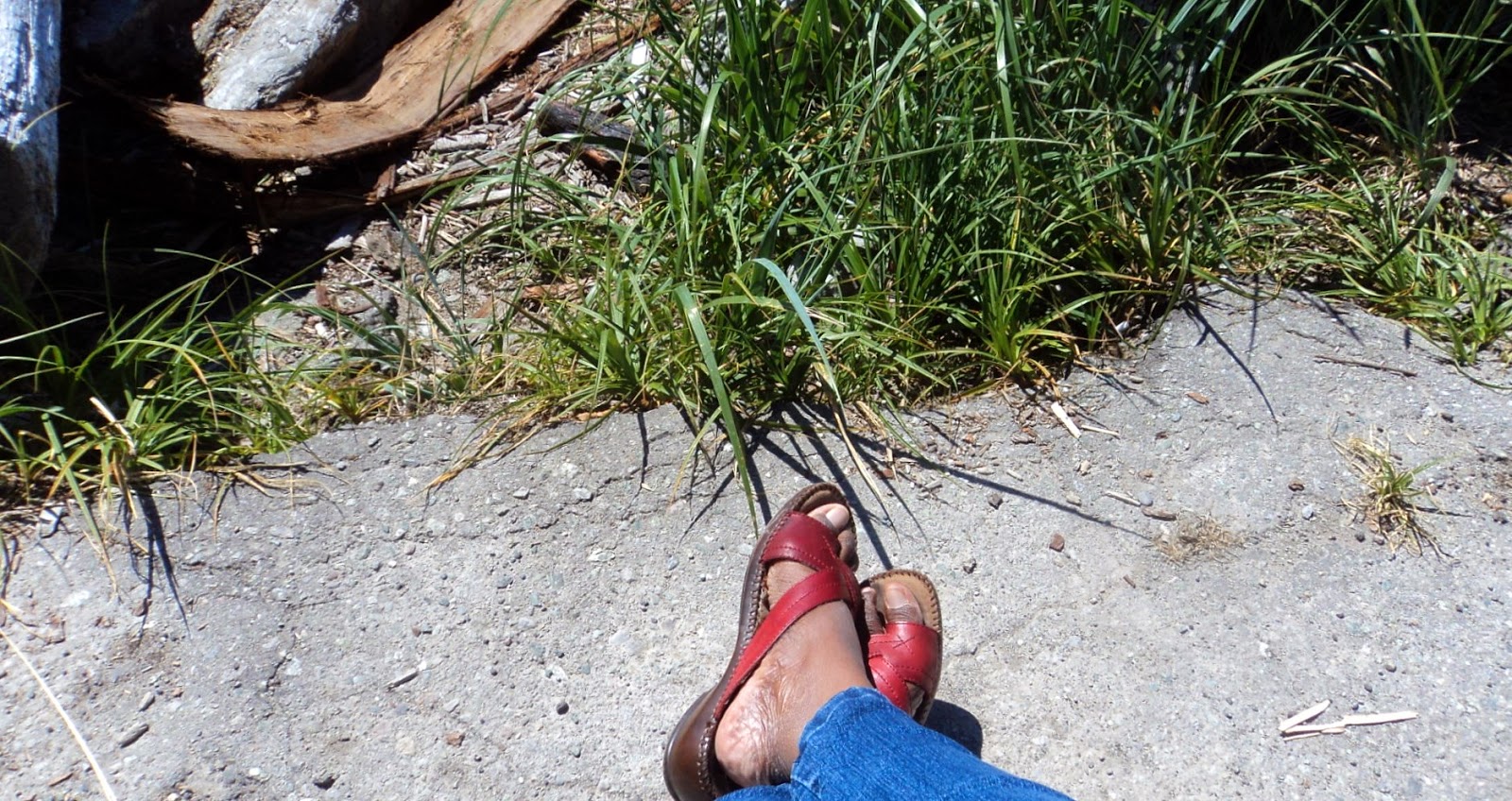 No sooner than I arrived, Chris was back from a run in town.  I thought this would be a good time to take Raspberry and Thing Two out again for a run.  However, he noticed a problem with his clutch while on the way home.  Time to do some adjustments. 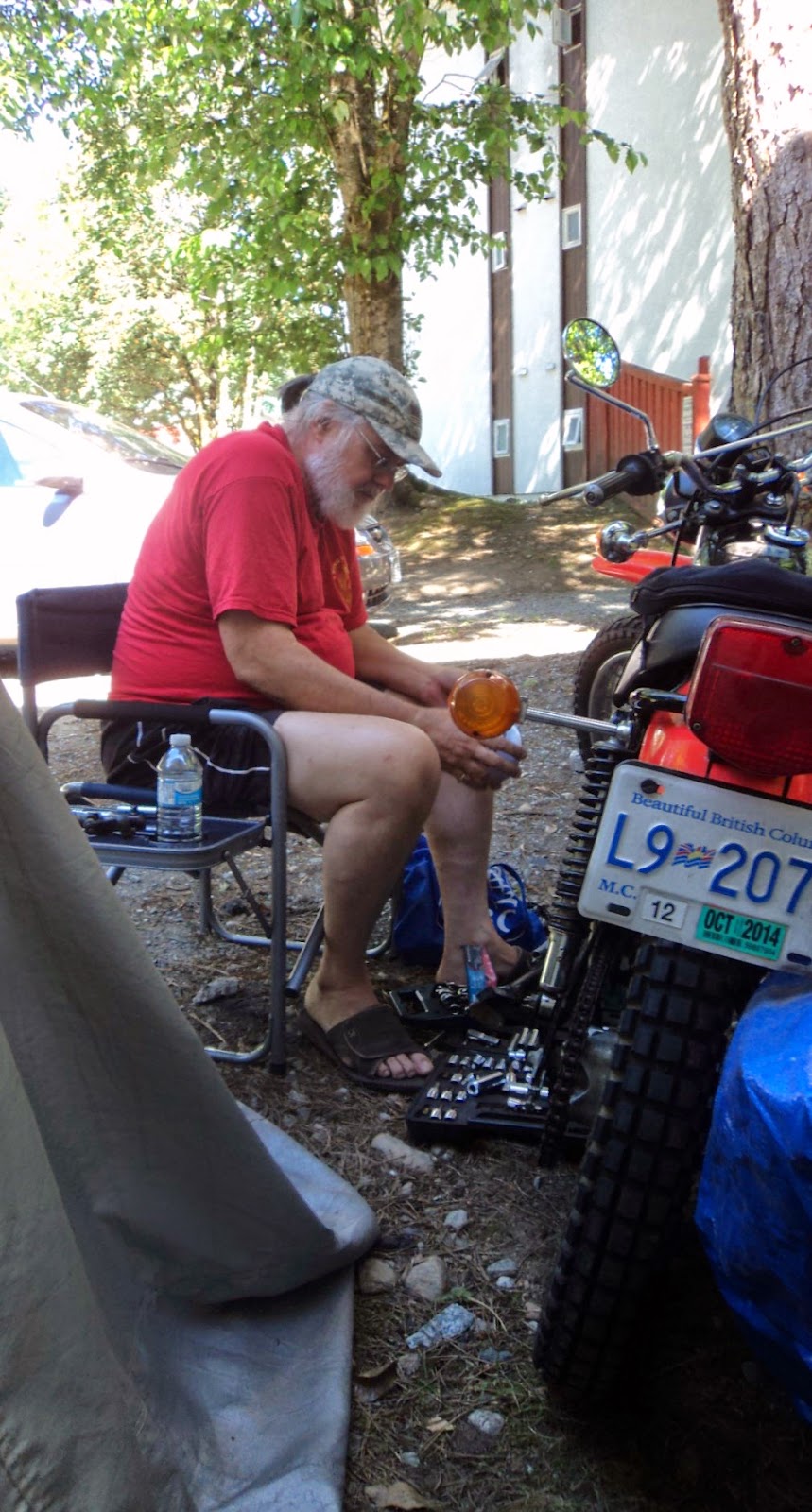 I'll just sit in my very comfy chair and sip on some water while I wait for my beloved "gear head" do his thing. 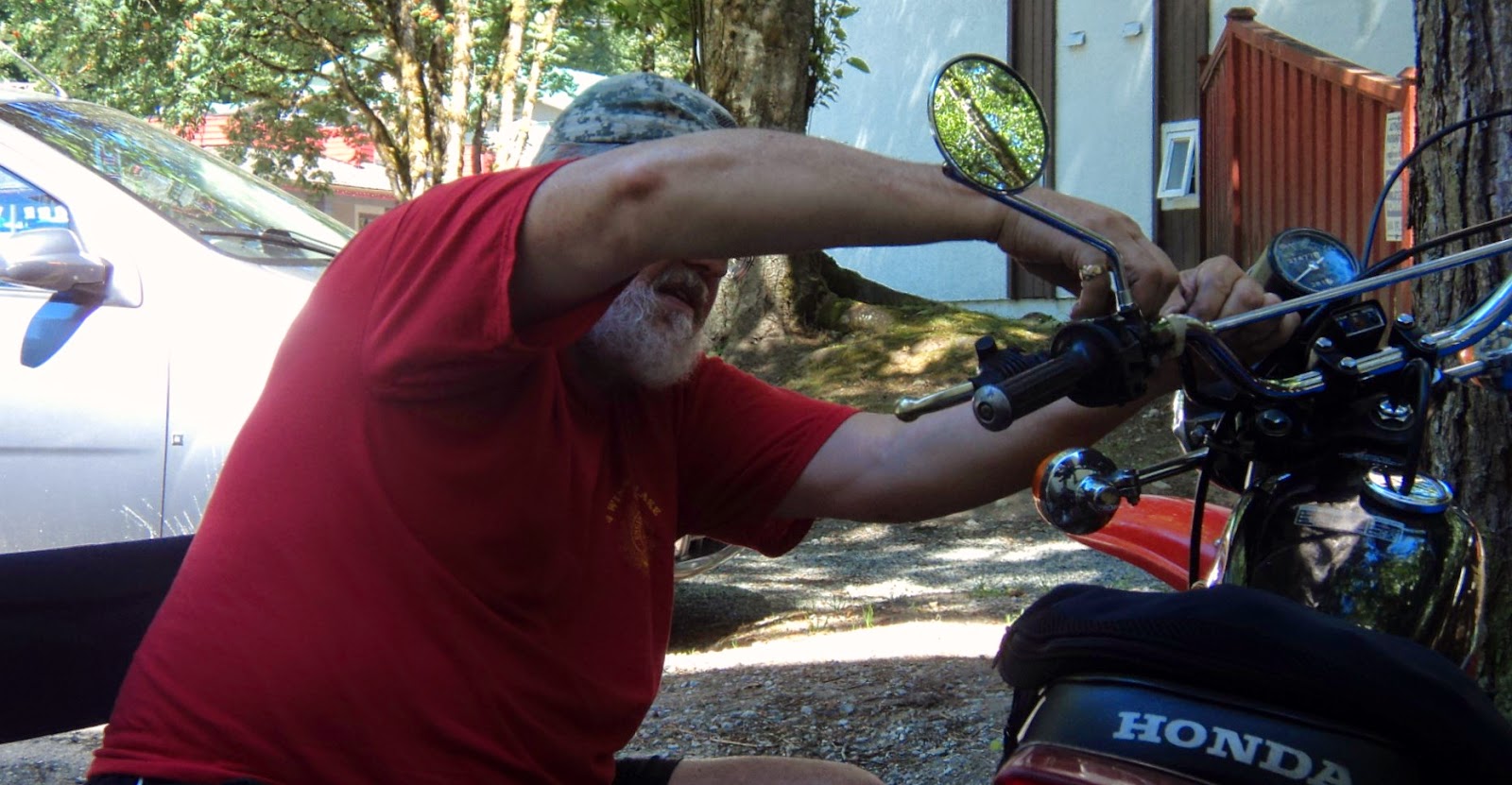 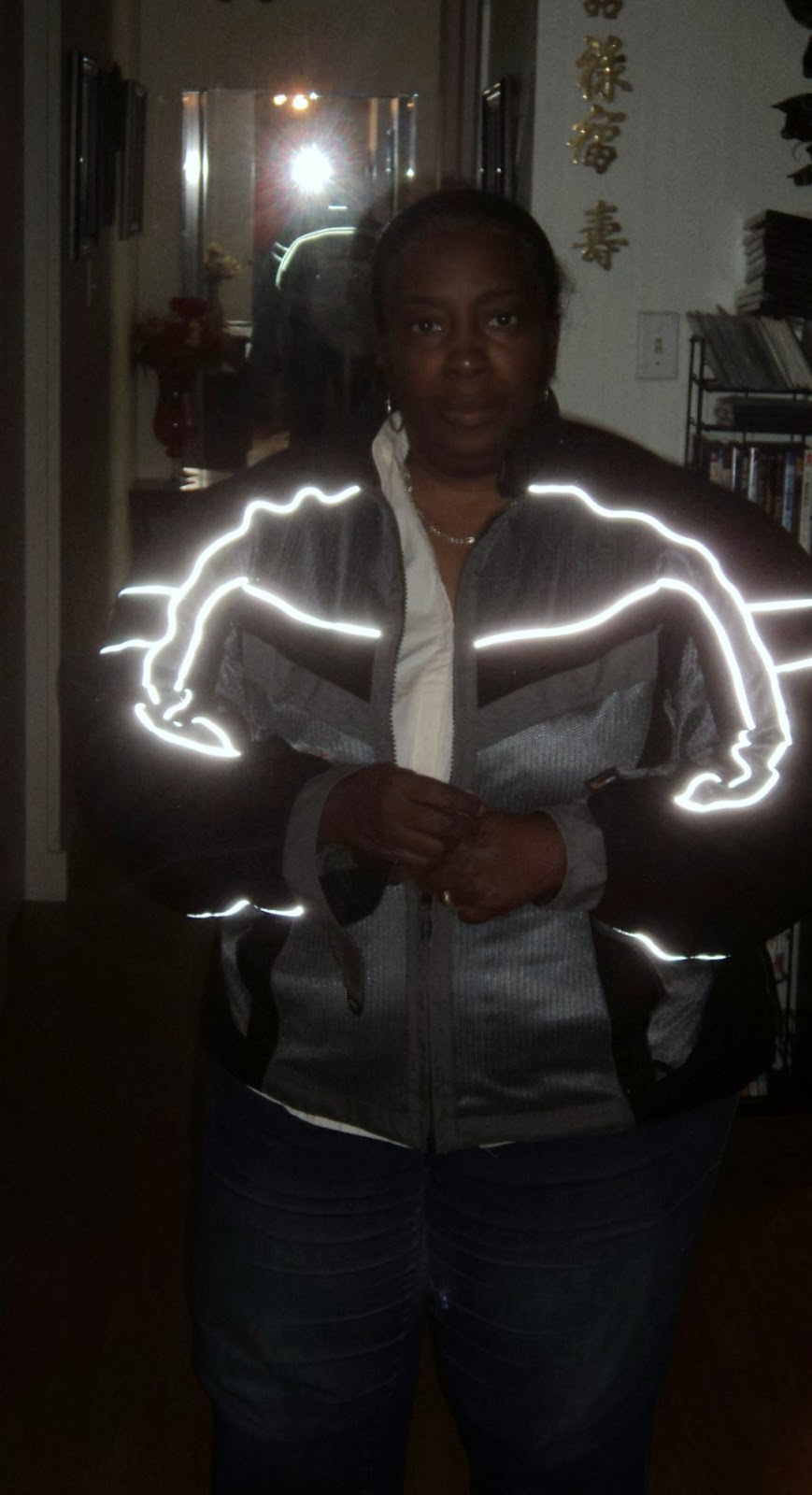 I feel my scooter juices starting to flow! 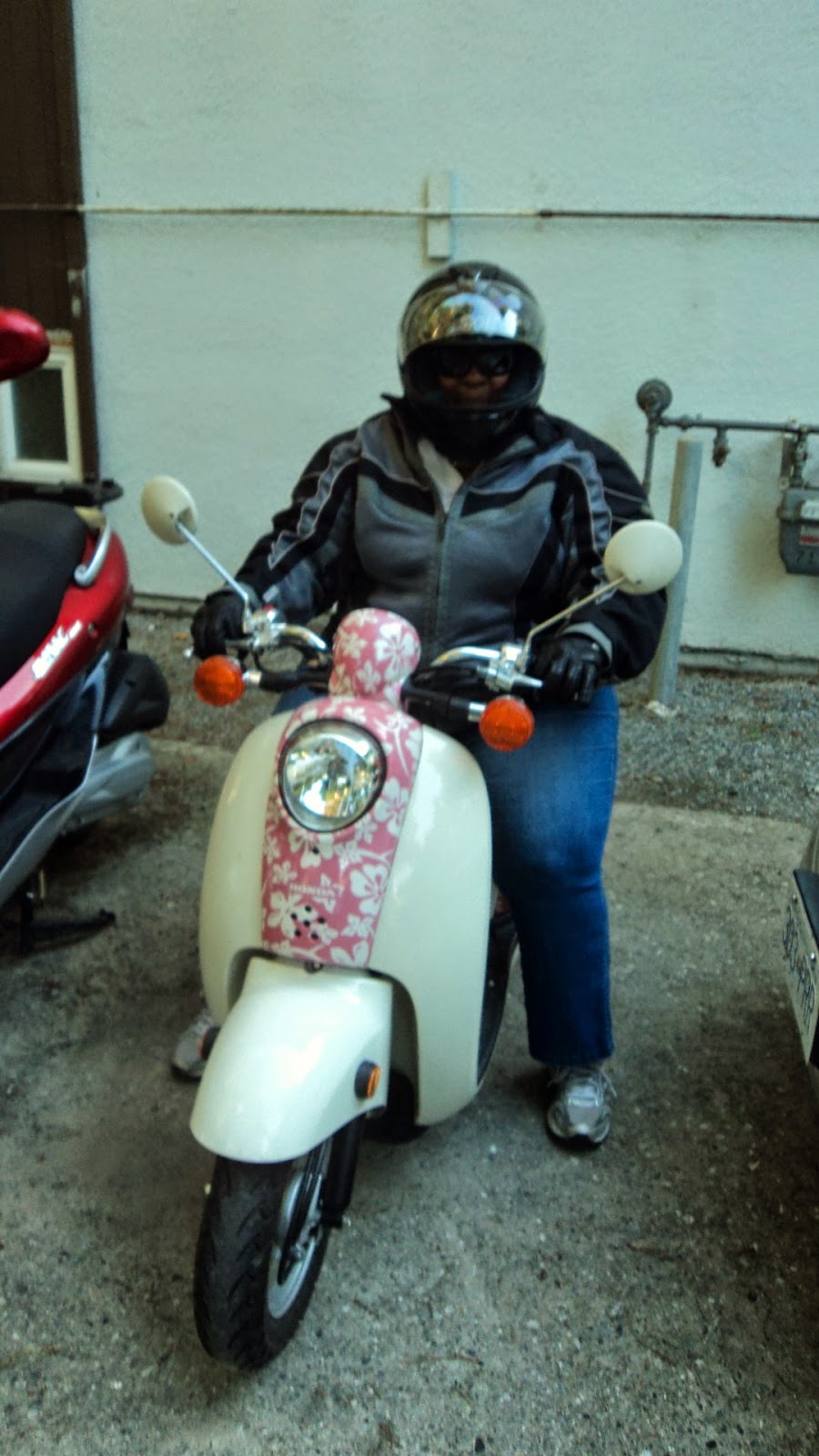 Well, we didn't get but about a mile from the house when we noticed that the "fix" that Thing Two had didn't quite fix the problem.  We headed back to the house and I offered for Scootard to ride Ms Vickey instead. 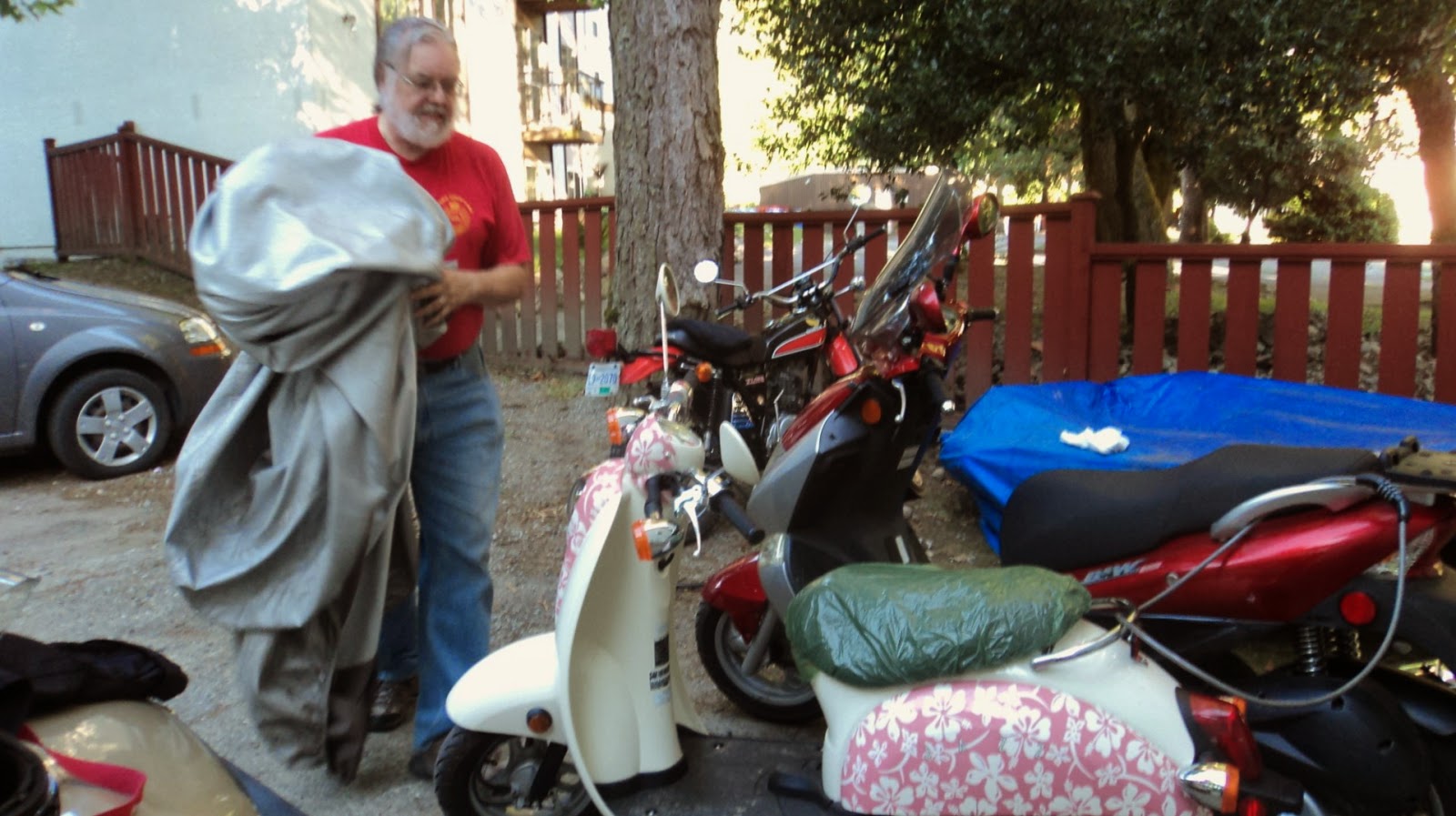 Poor Thing Two was going to have to sit this one out while we went on the hunt for some tools and some coffee....:-(. 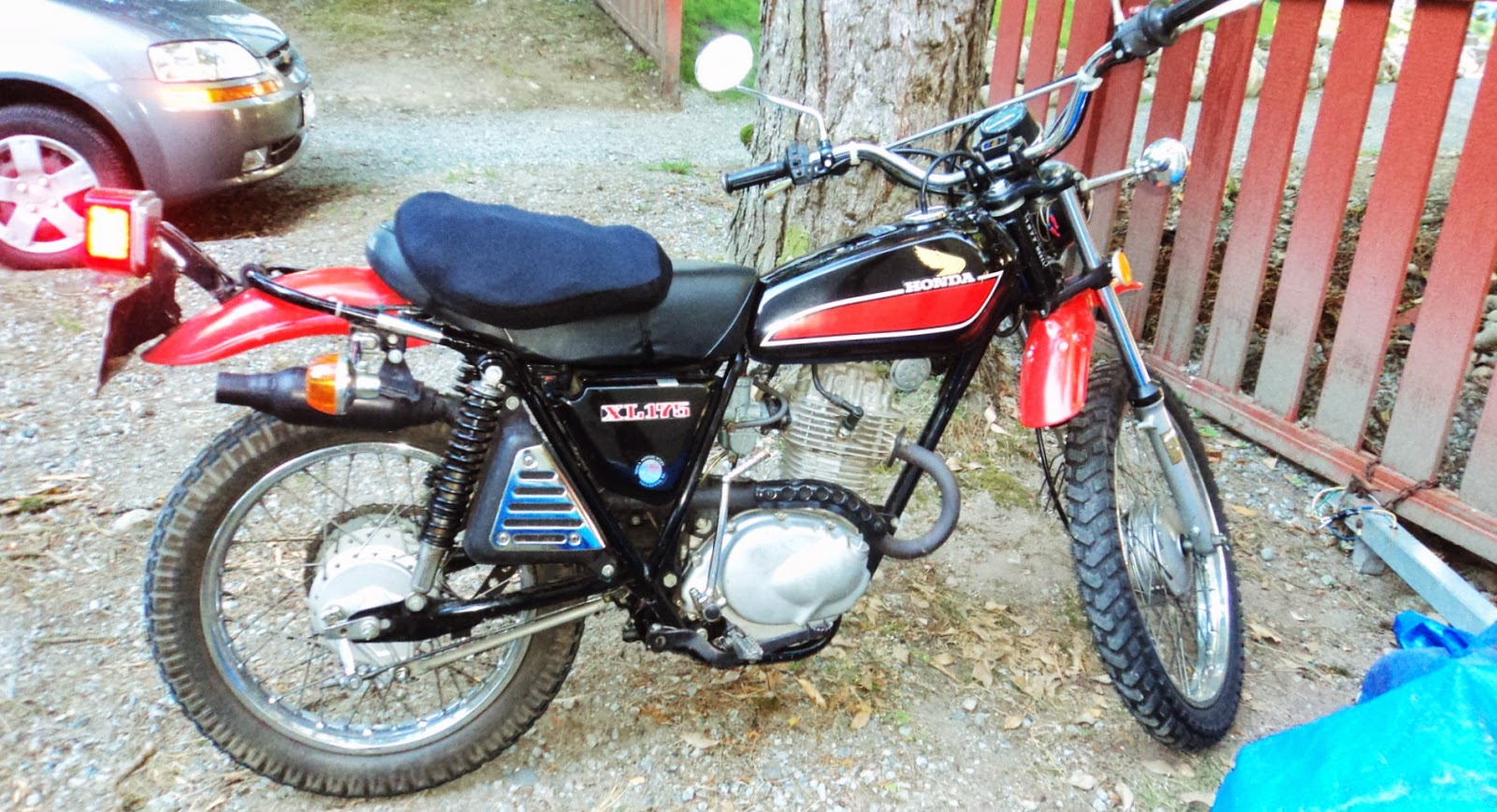 We found the coffee, but not the tools.  However, there is hope!  Someone will try to get us what we need tomorrow. 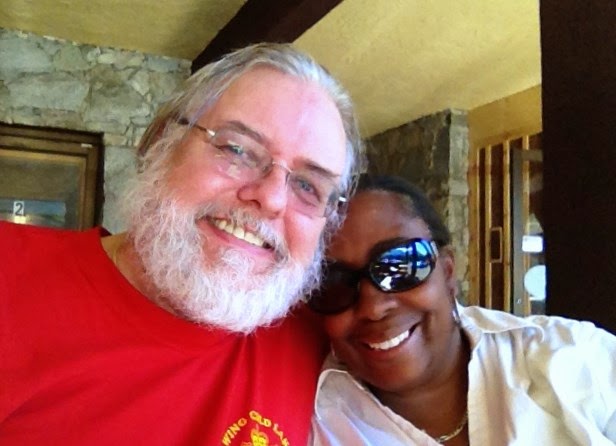 Don't they look cute together!  xoxo.....Two sisters on an adventure holiday! 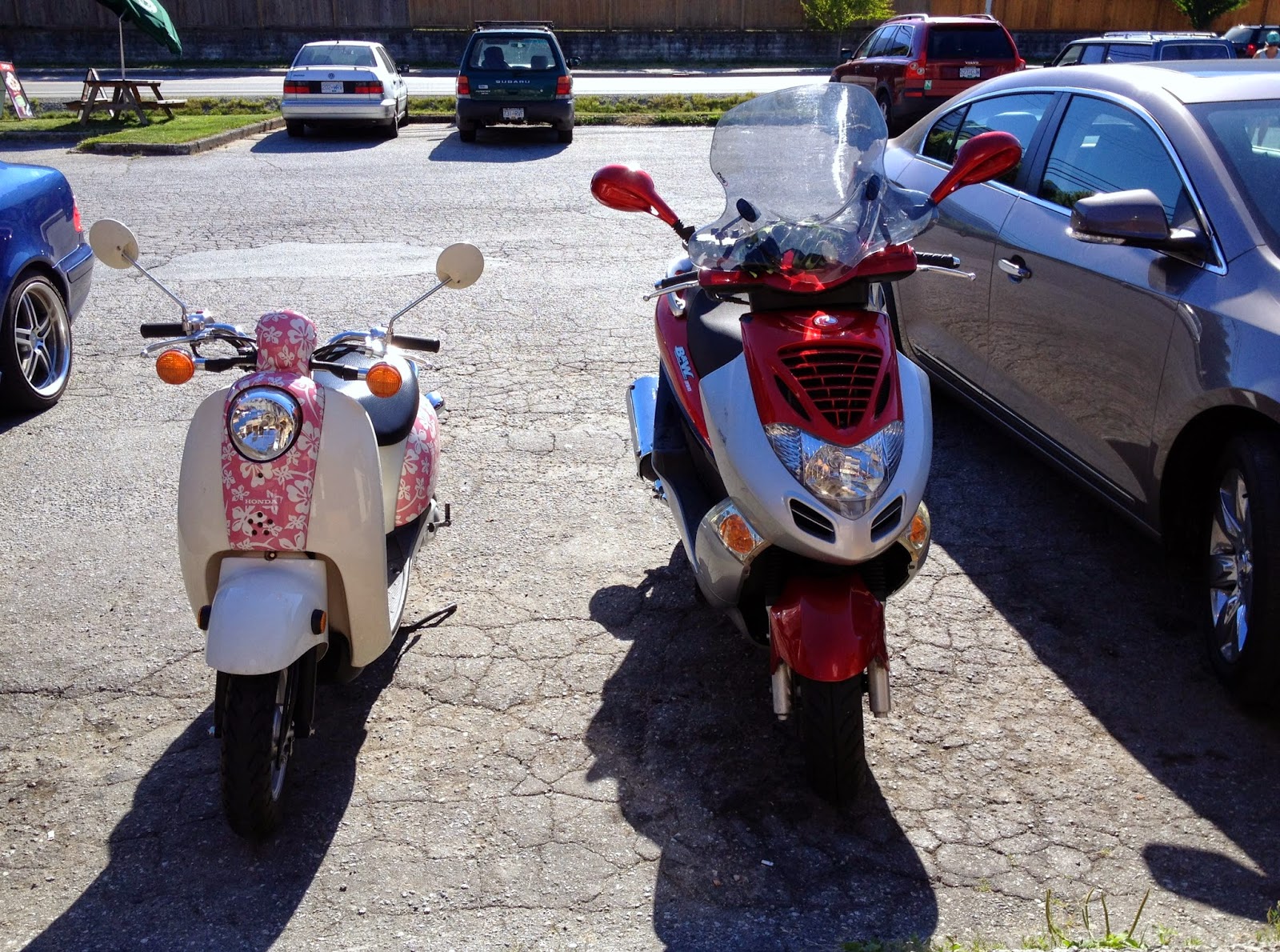 The coffee was ok.  I mean when you buy it from a place called "Bean Around the World", how bad can it be?? 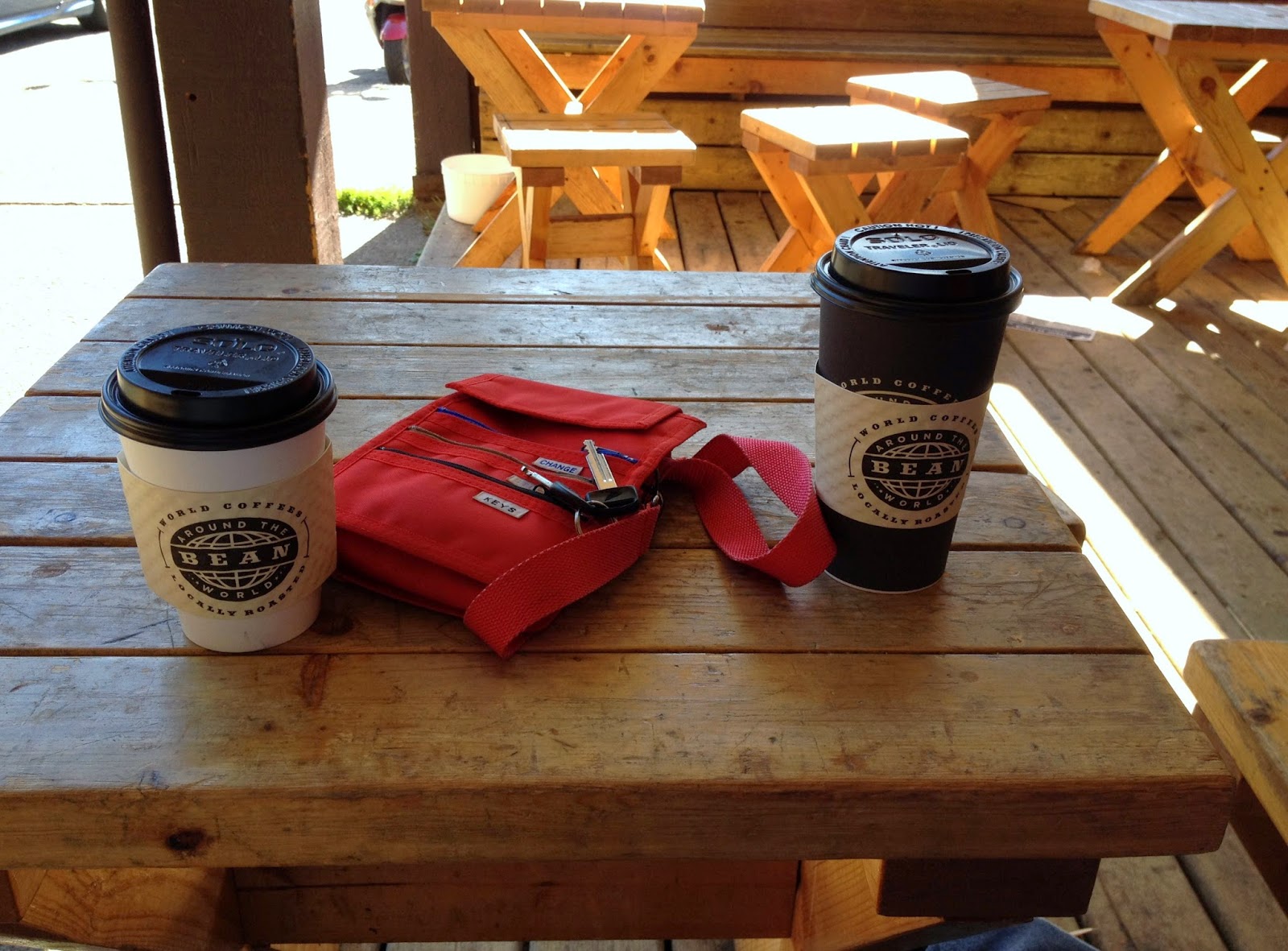 Poor Scootard!  He was sad that "Thing Two" was better off parked until we could get the matter resolved. 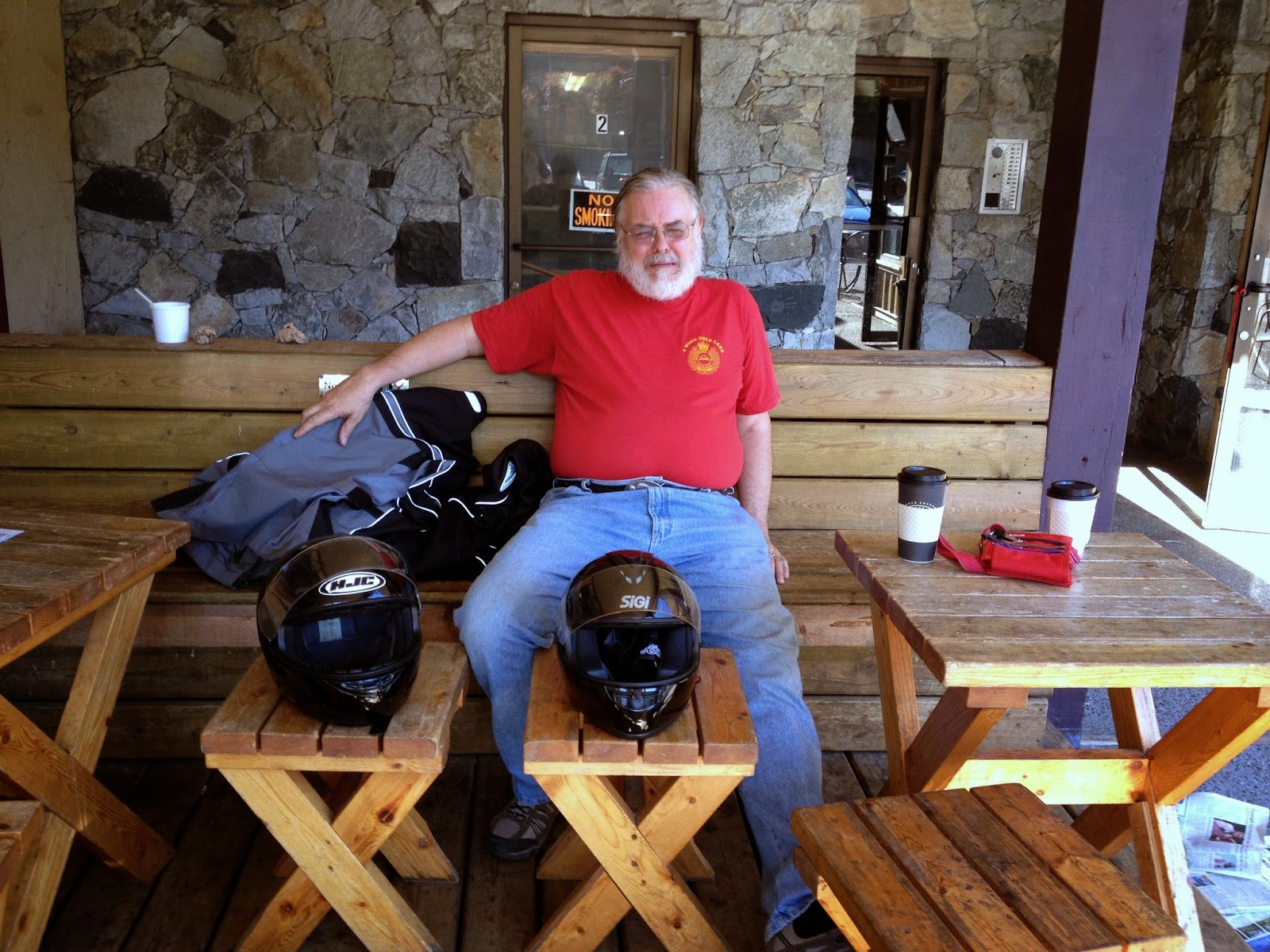 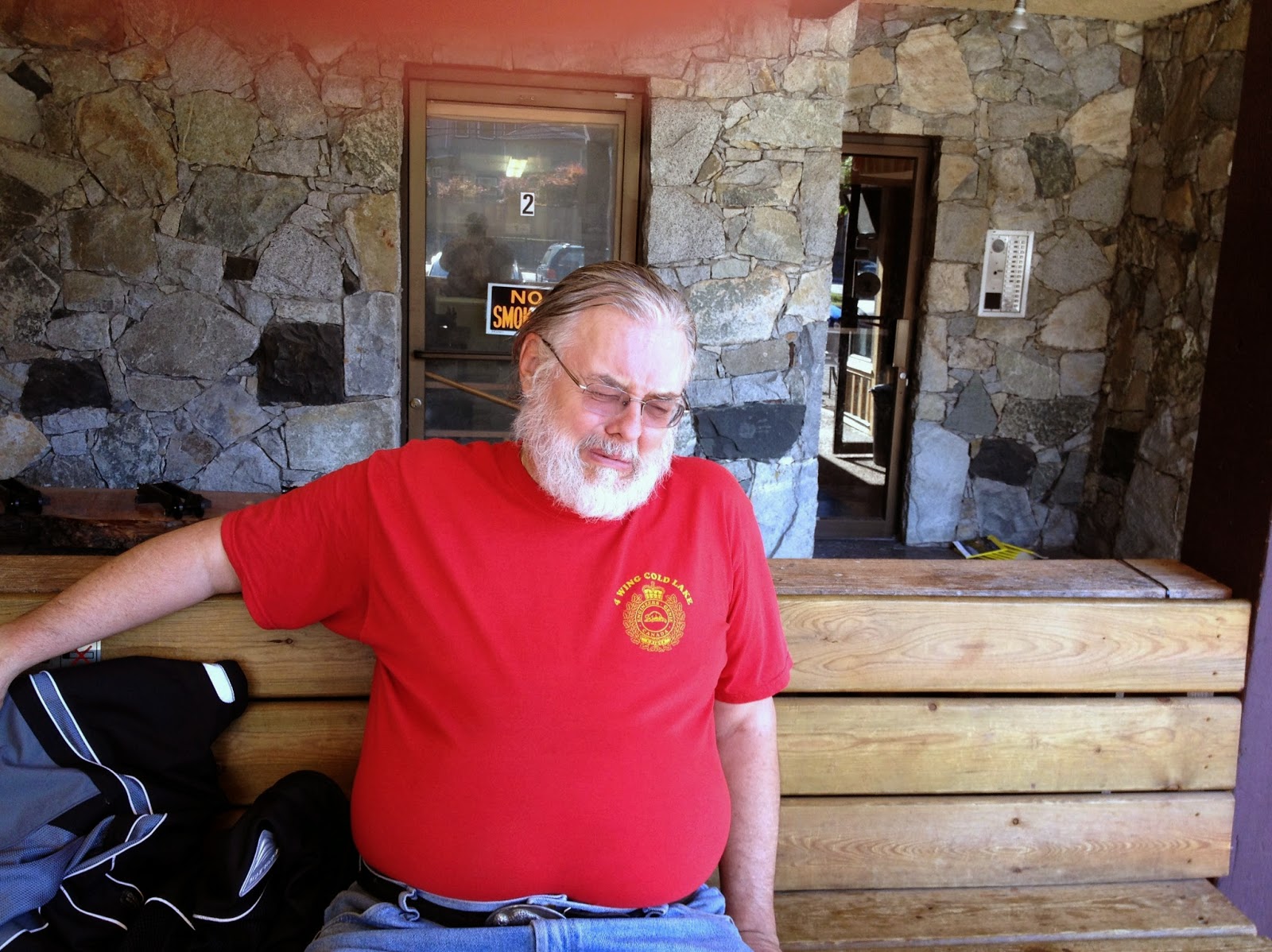 Maybe by the time I finish, he will feel better..... 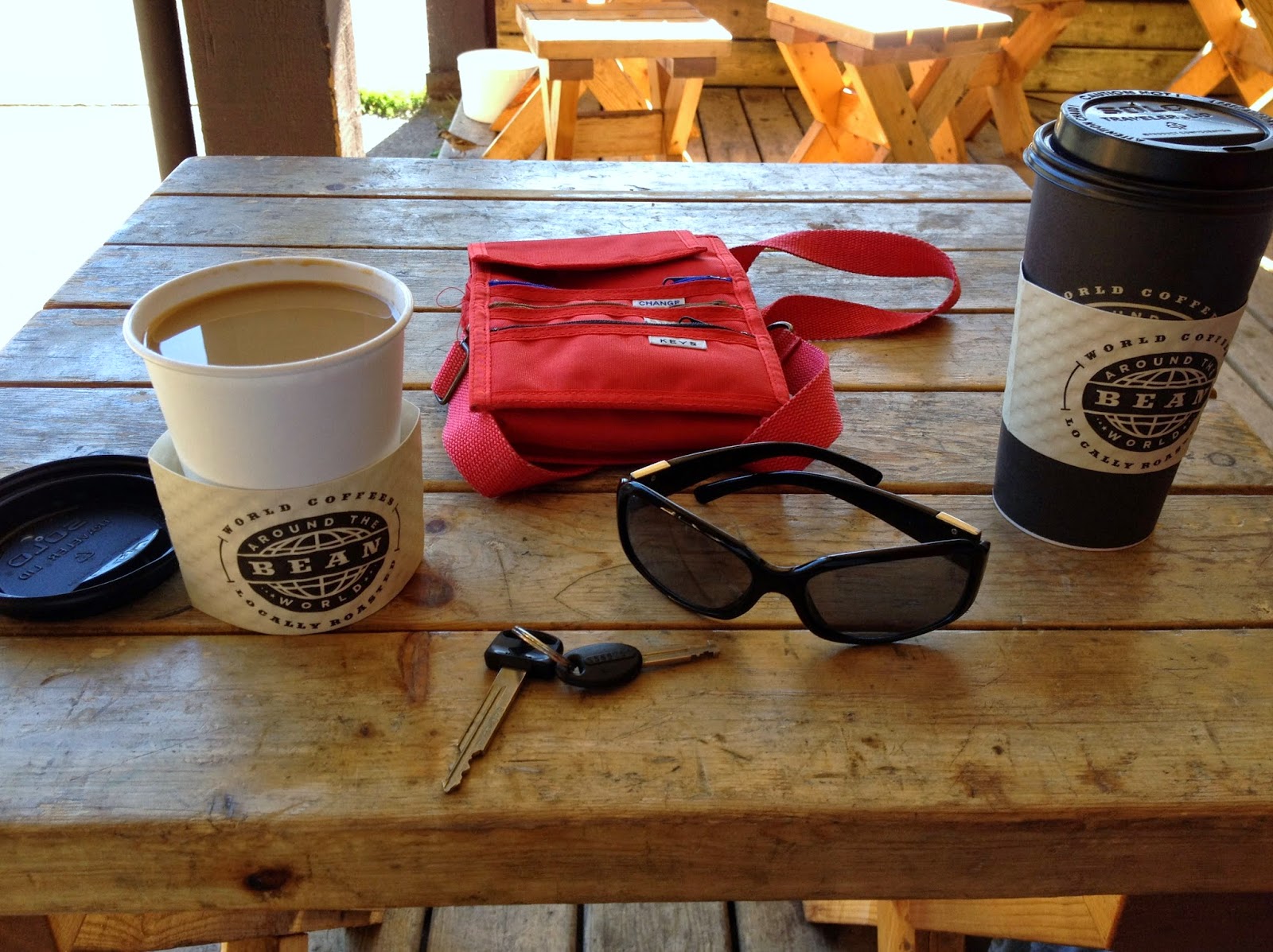 We rode around for quite some time before going back home and putting Ms Vickey and Raspberry to bed. 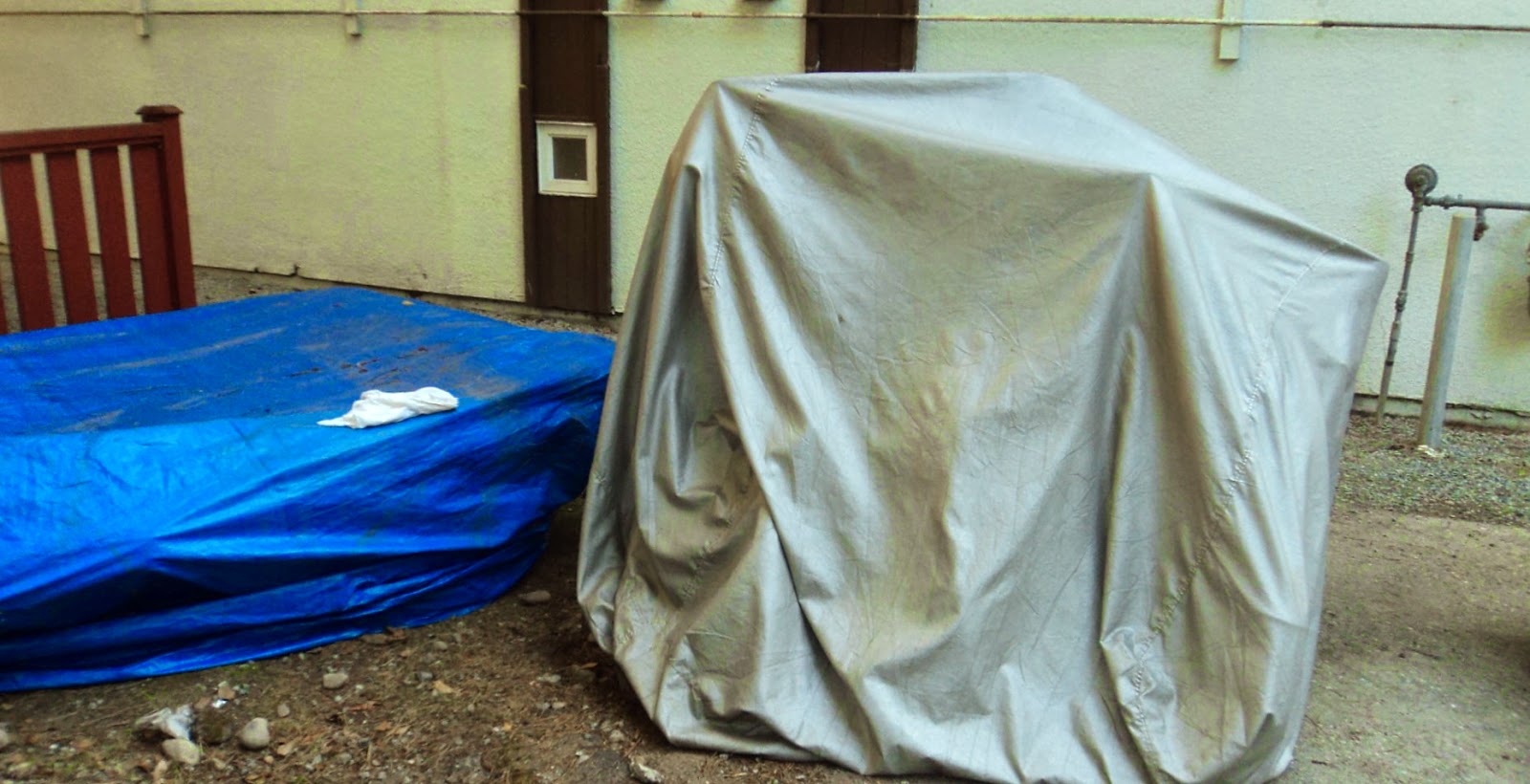 tomorrow, I'm on the hunt for a pink helmet.....or a Raspberry beret!

see you on the road!
Posted by Tripping Sister! at 9:56 PM 5 comments: