After spending sone relaxing time with some great folks...they treated us to a Ferry ride to the Scandenavian themed town of Paulsbo!  My husband is Norwegian, so it was particularly interesting to me....:-).  The ferry ride was less than an hour, but it was very beautiful.  The ship was called "Tecoma". 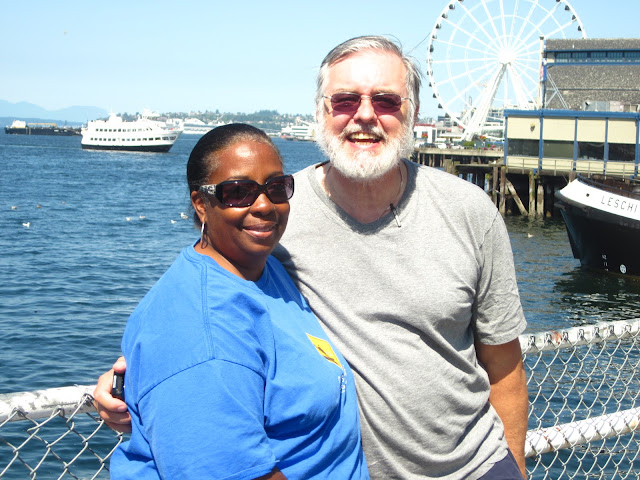 I had only been on a boat ride once in my life before marrying my Chris.  Now, I've been several times, but this was the first time on the Tecoma going in this direction!  I'm  always amazed at how many people and vehicles they can pack on to these things! 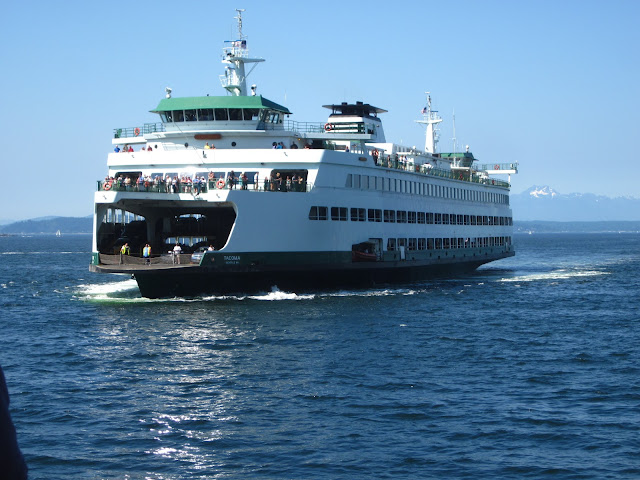 We set "sail" so to speak and the harbor was beautiful with Seattle's new Ferris Wheel looming large in the backdrop....:-) 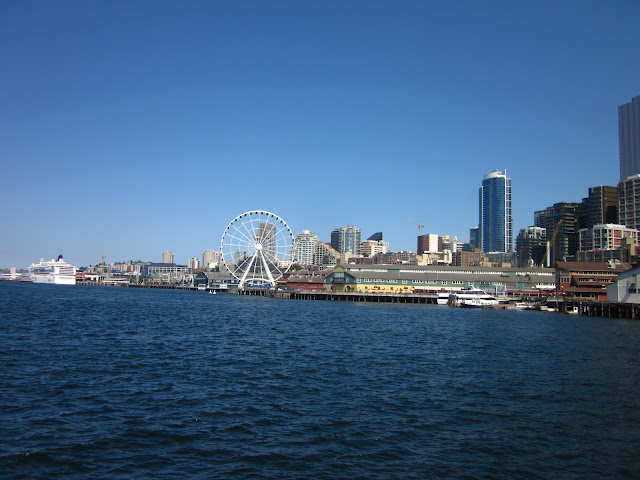 I've thought of living in one of those top floor apartments and then thought again when I found out the estimated price of doing so....ha 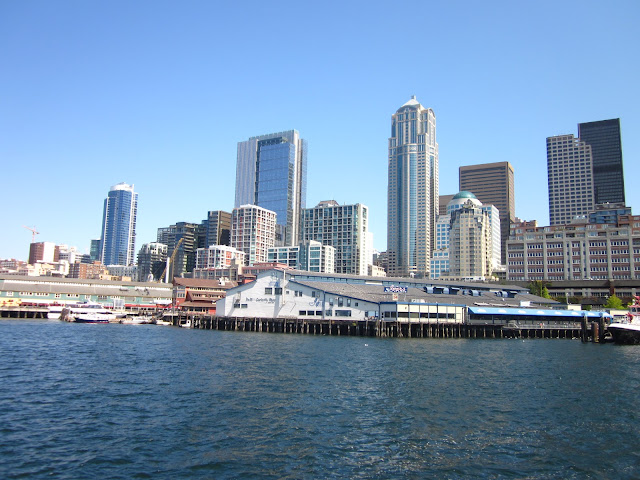 My husband, the "point and shoot" king! 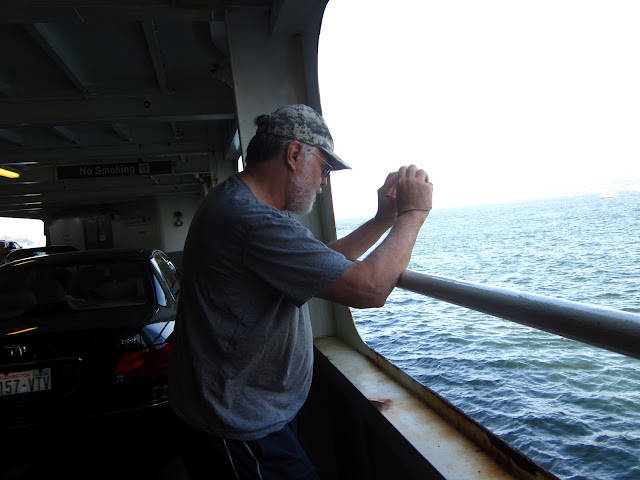 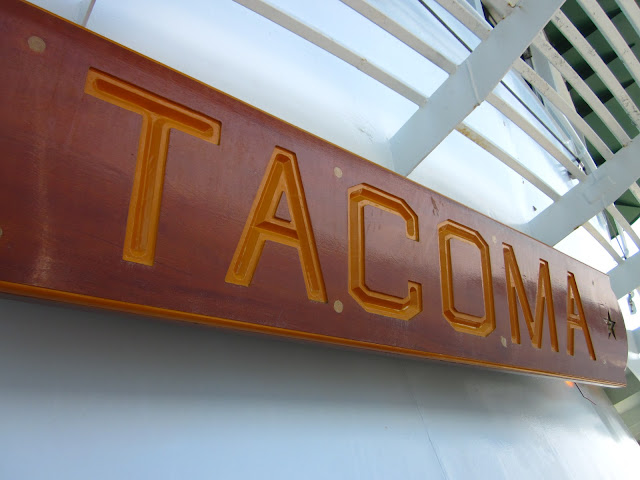 He was leaning over the rail so far at one point until our friend was holding his shirt tail! 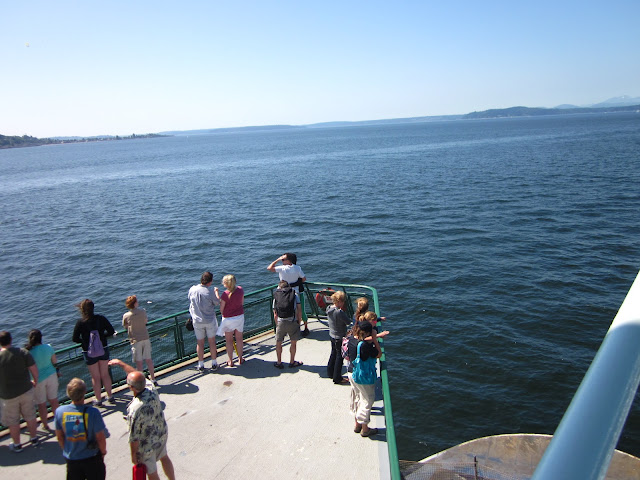 When we finally arrived, the first order of business was lunch!  I spotted all of these flags representing Scandanavian countries with a splash of Canada and the US in the mix....:-) 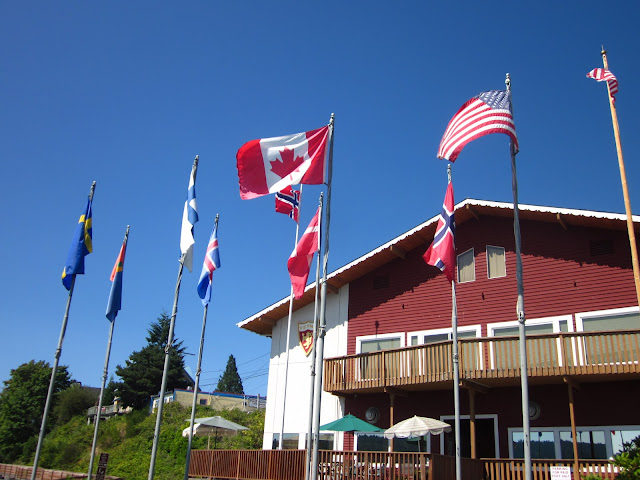 The Norwegian flag was standing alone in front of a building that housed the fraternal organization called "The Sons Of Norway". 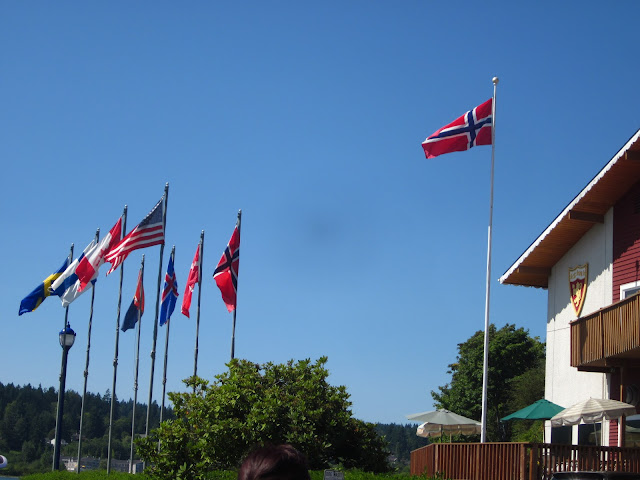 This statue was decicated to the mayor of the city of Paulsbo.  He was a long serving mayor and apparently a "Scandahoovian".... 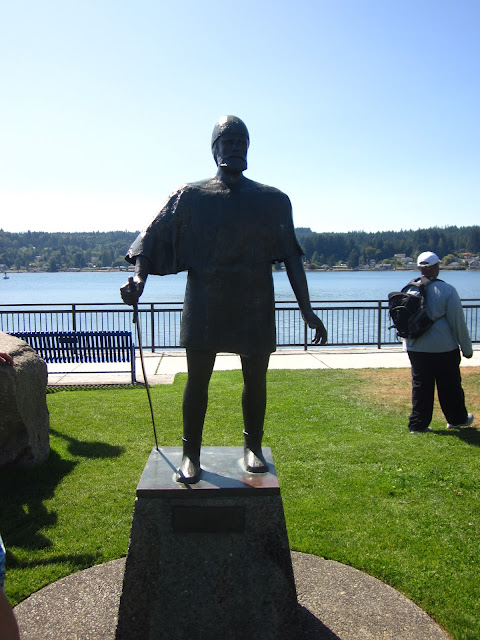 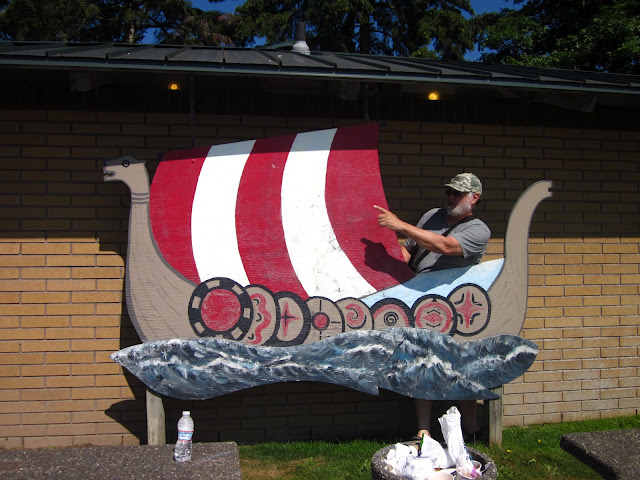 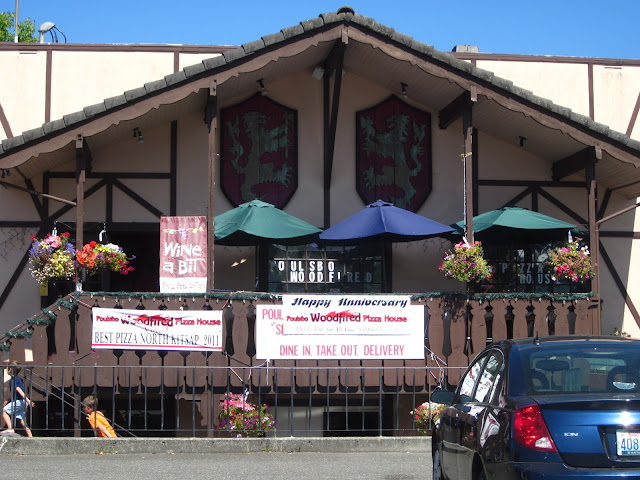 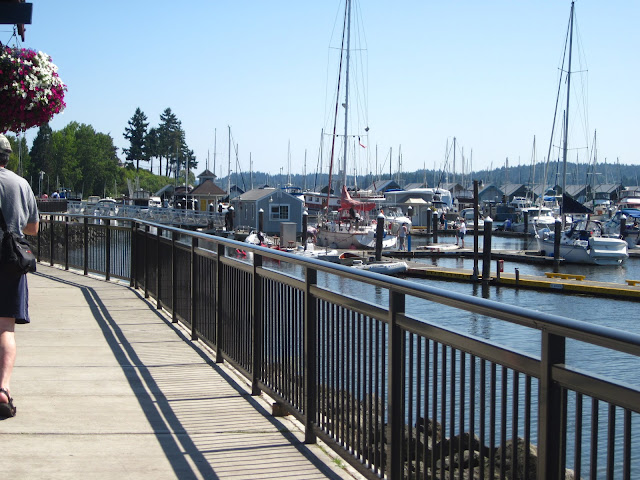 As you know from some of my other posts, I like things that speak of "passage" and "transition".  I'm sorry I couldn't get a better shot, but the people sitting at the other end of the alley were weirded out by staring at them....ha.  I was only trying to get my camera angle right.....:-(. 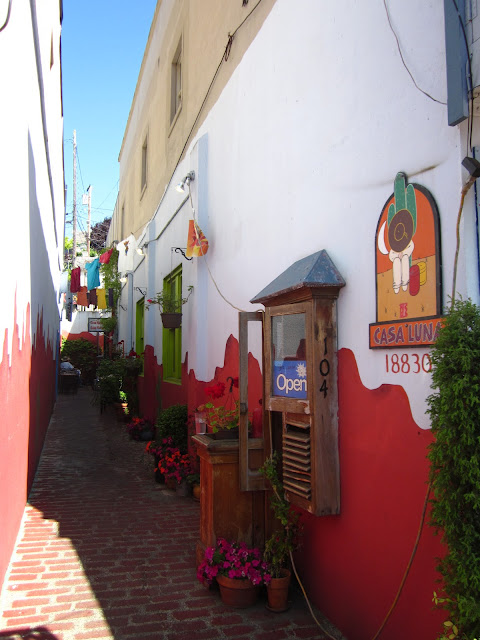 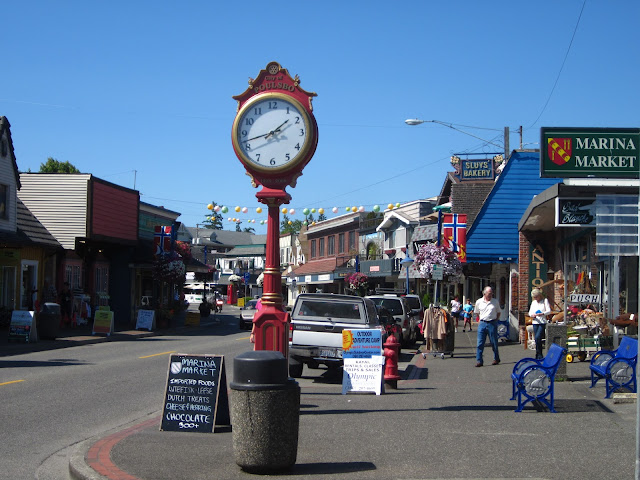 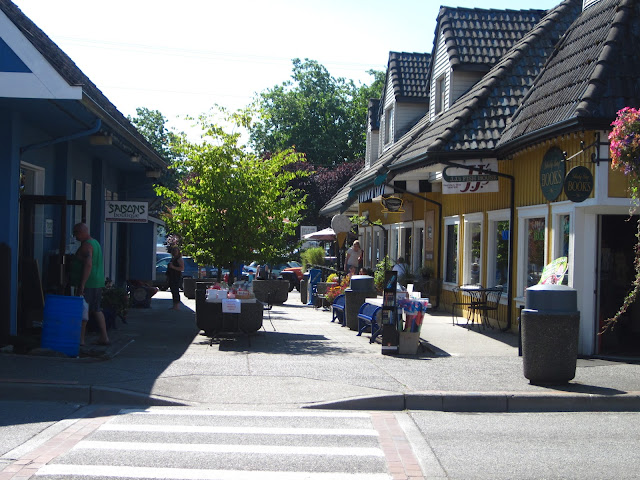 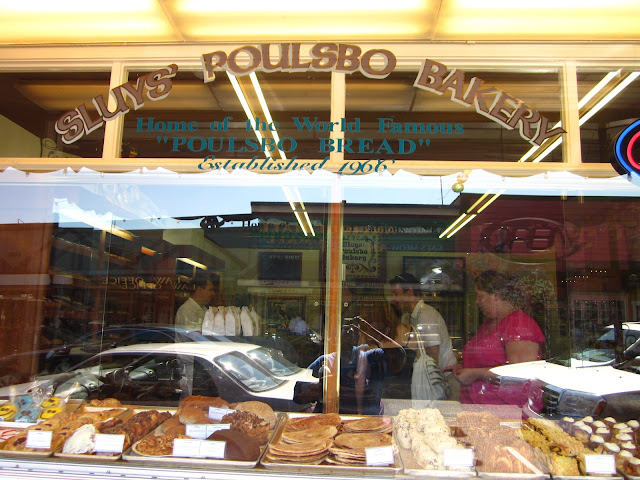 I took a particular interest in these little things called "Viking Cups"..The are the dough of a cinammon roll but stuff with some kind of a cream cheese frosting....I could only eat part of one as I found it a little too rich for my liking. 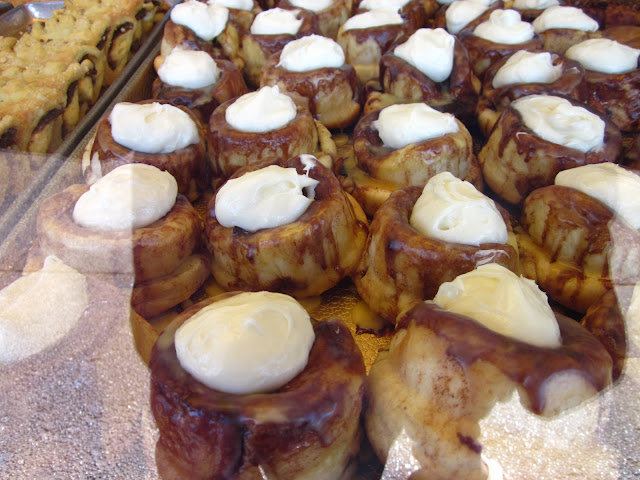 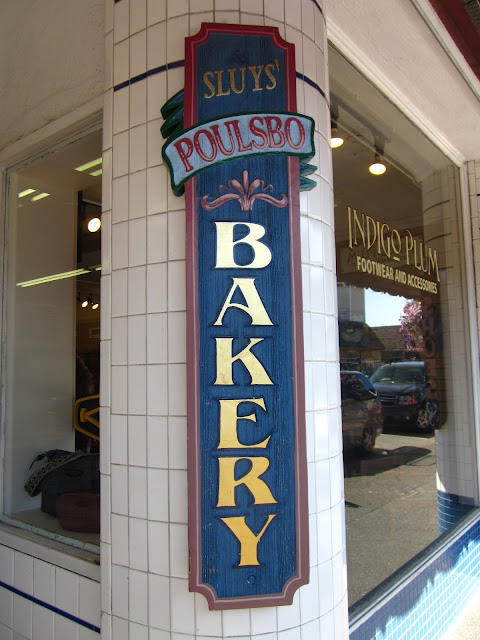 We walked around a bit more and decided that we needed to get back to the landing docks to catch the next ferry.  It was really warm outside. 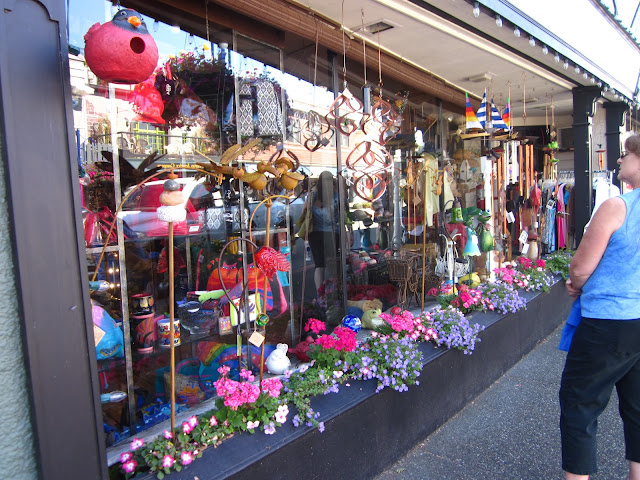 Since I was the warmest, I waited on a Viking bench... 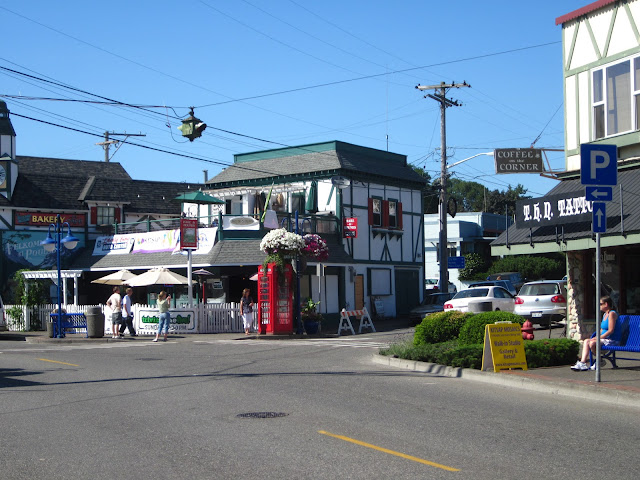 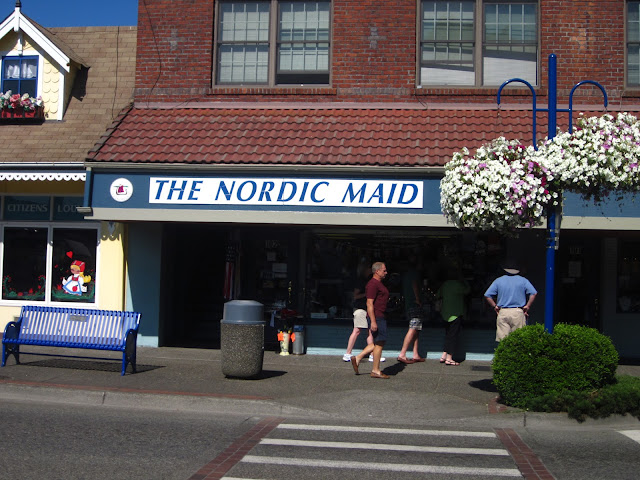 We headed back toward the docks and started the trip back to Seattle. 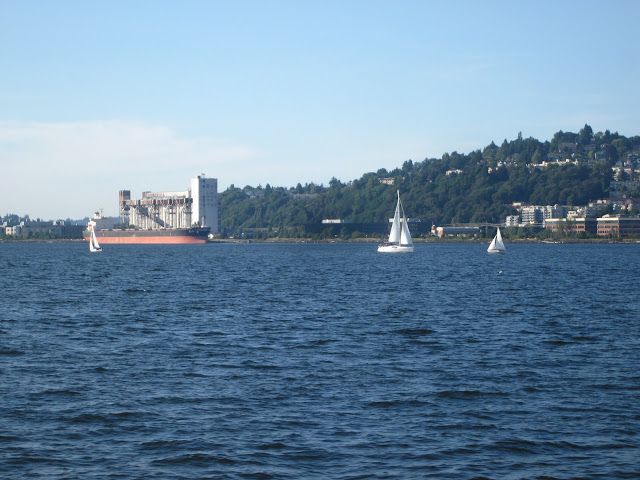 And here we are, at the place of beginnings! 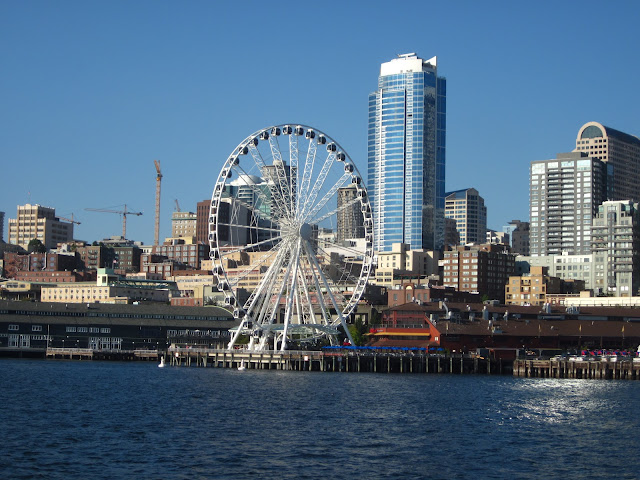 Thanks for coming along!
Posted by Tripping Sister! at 8:35 AM 10 comments: