Living in the Southwestern part of the US can be very unpredictable in regard to weather.  We had been enjoying a couple of days that landed the temperatures in the 70's.  Nothing like 70 degree weather in late fall.

Chris was anxious to go for a ride.  I, on the other hand know the weather patterns in this part of the country and was not too keen on the idea of going.  Nevertheless, I geared up and got ready to head out for our ride. 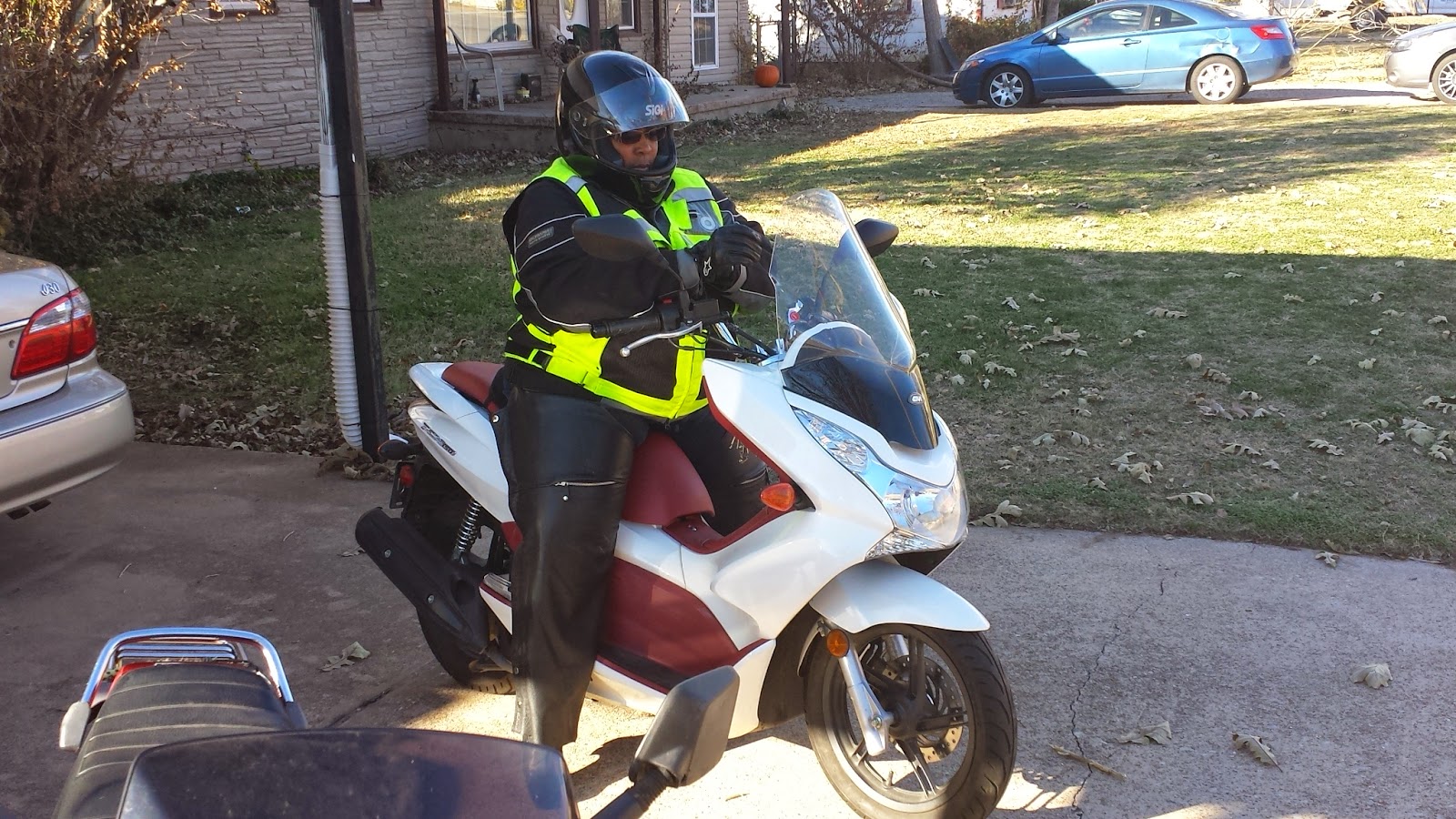 It was already 2:30 in the afternoon and the sense of "foreboding" was getting heavier as we traveled toward the gas station.   Rascal needed a "drink".....:-). 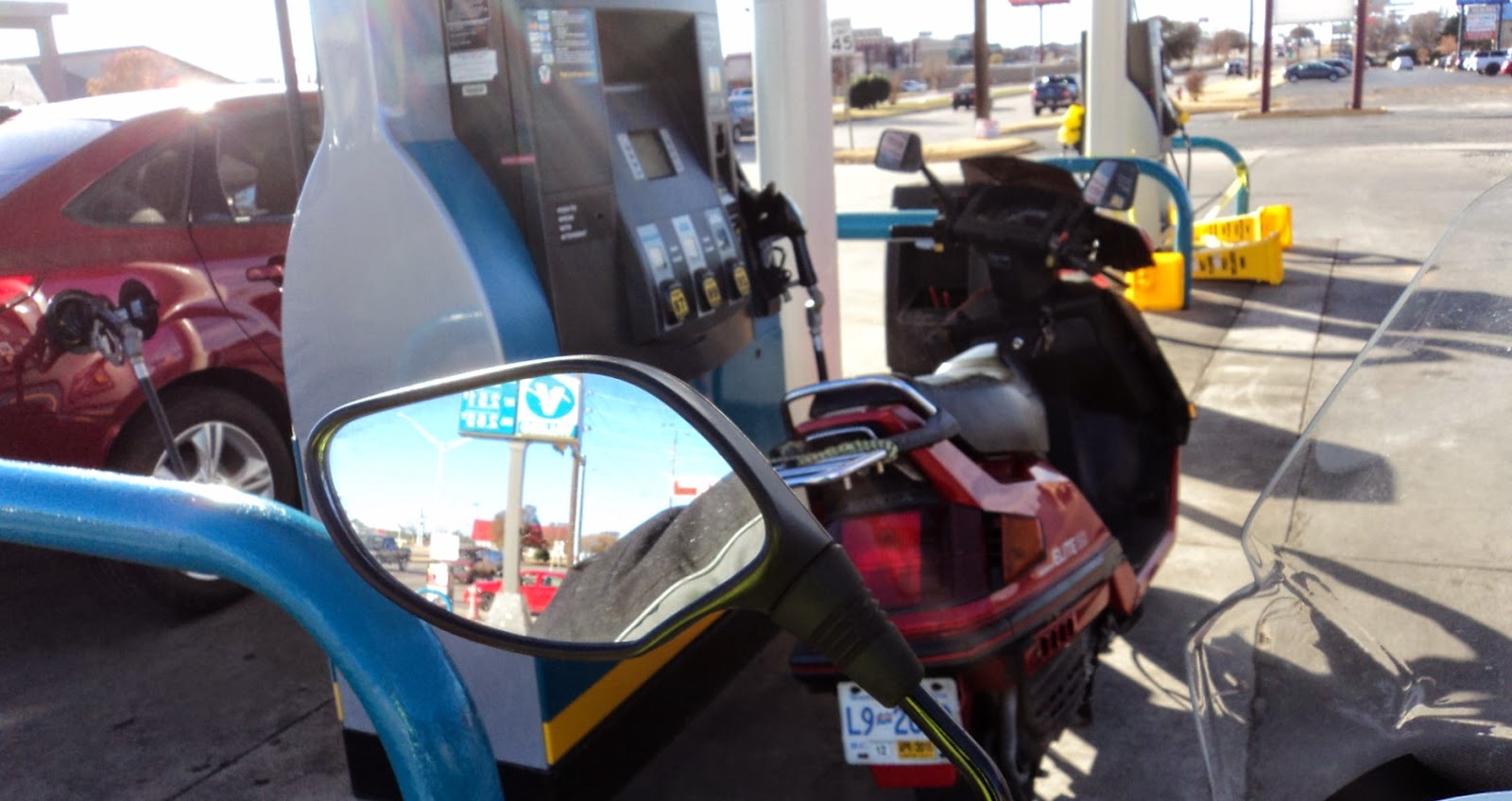 We hit the highway and no sooner than we did, the wind shifted, the temperature dropped and that sick, sinking feeling of "this is a mistake" took over my brain!  Fortunately, once we were able to come to a stop on a side road, I was able to put my insert into my gear. Chris seemed to be doing well as he has a stronger tolerance for the cold than I do. 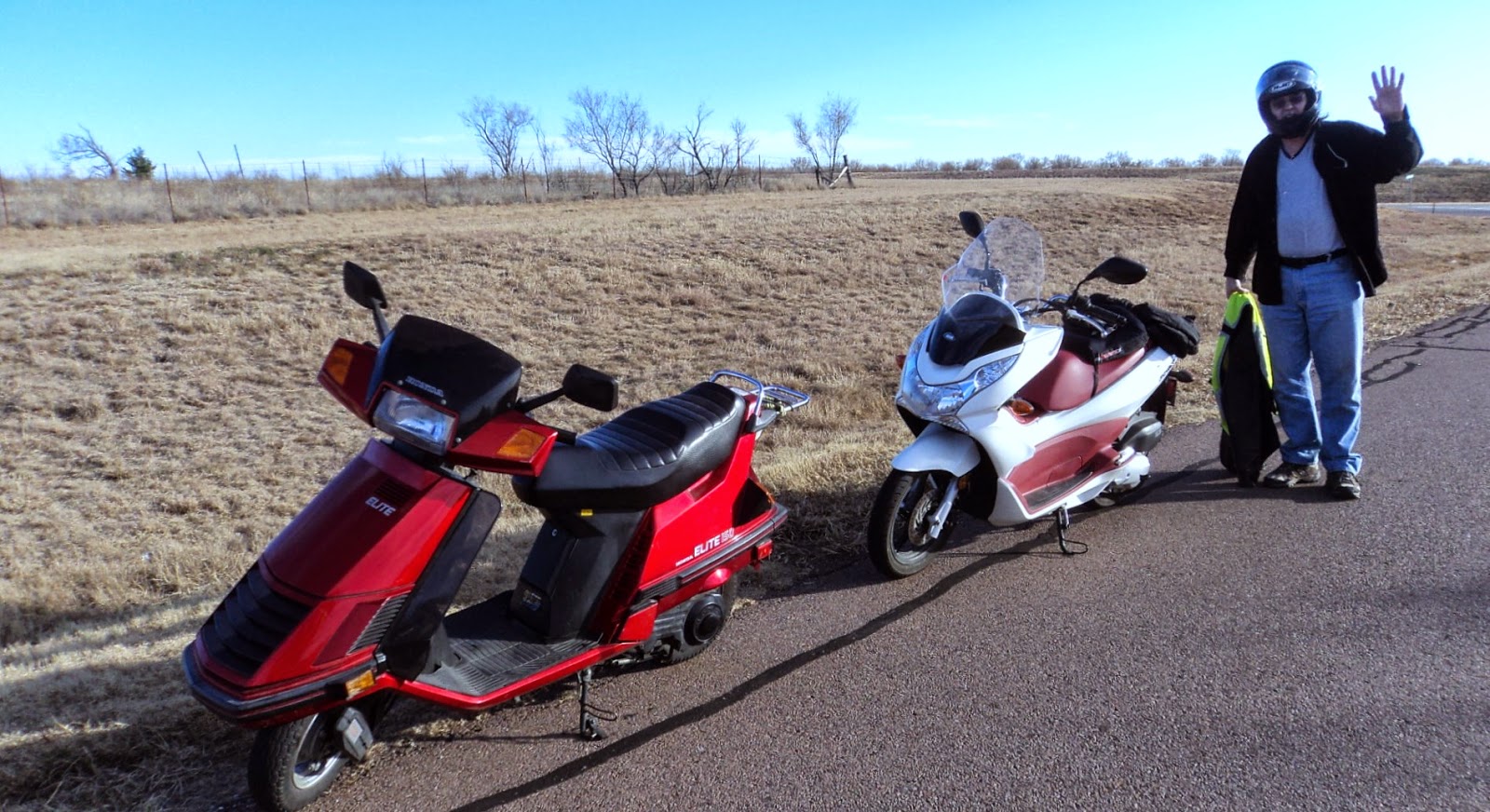 I got my jacket a bit more insulated  That helped a bit in regard to the shiver I was starting to experience. 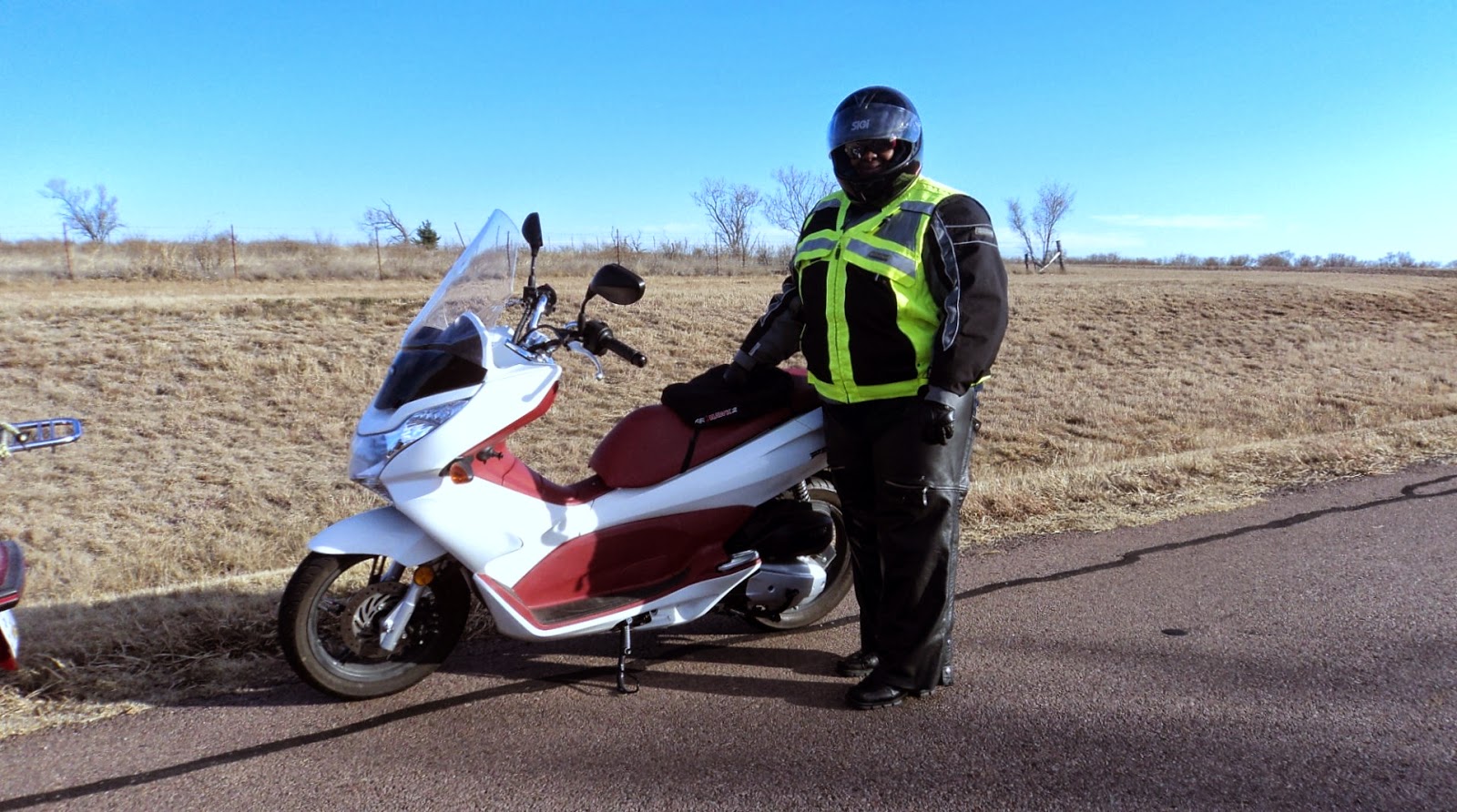 Before pulling off again, I took a quick look in the mirror to see if I was "still there" or if I had turned into a fudge sickle yet!  Misery was slowly creeping into my bones and the wind was sucking the heat right off of me.  We had gone about 15 miles at that point.  The plan was to ride for a couple of hours. 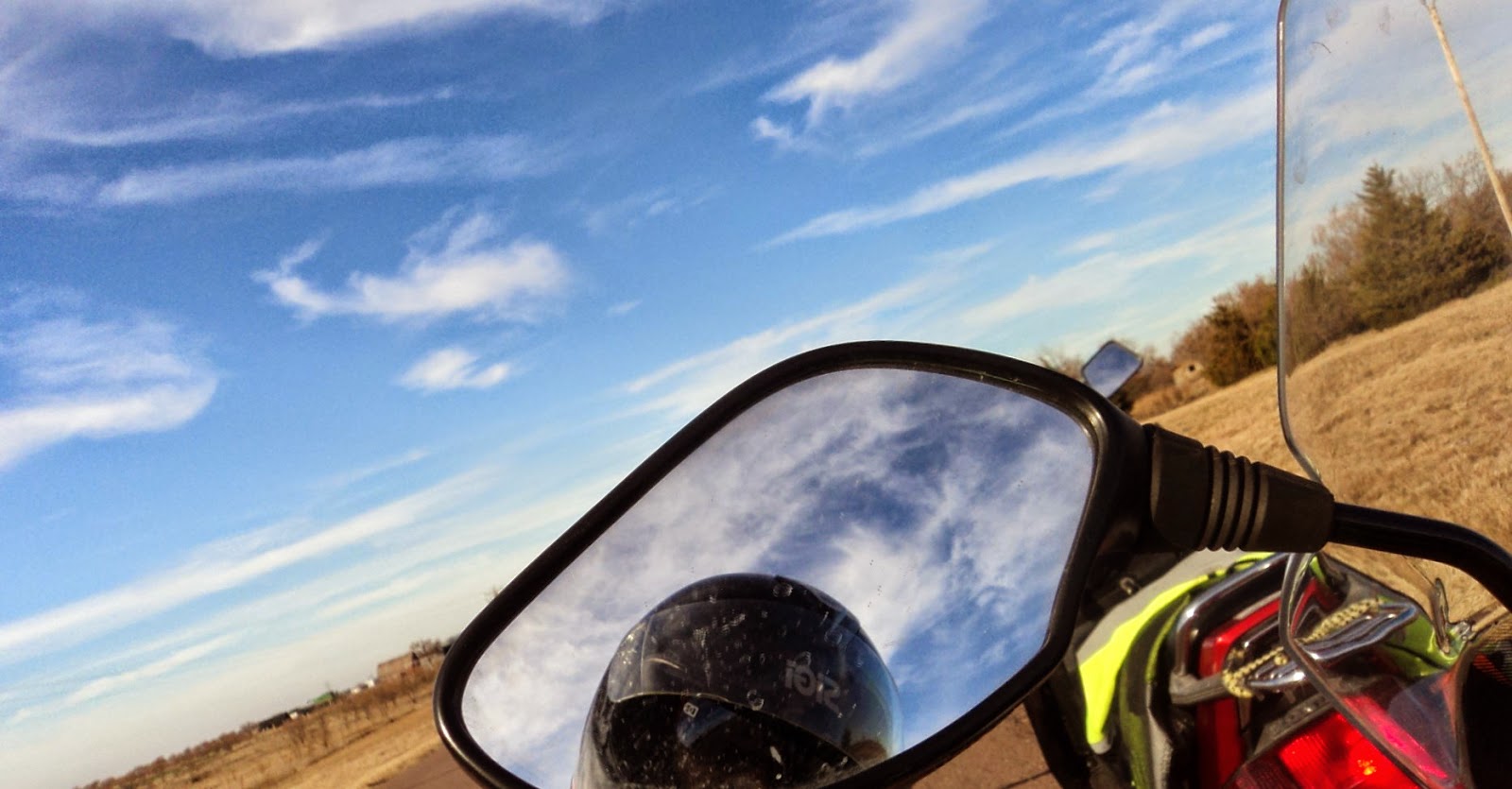 The plan was to ride to and through the wild life refuge.  We made it to the back gate and snapped a quick picture. 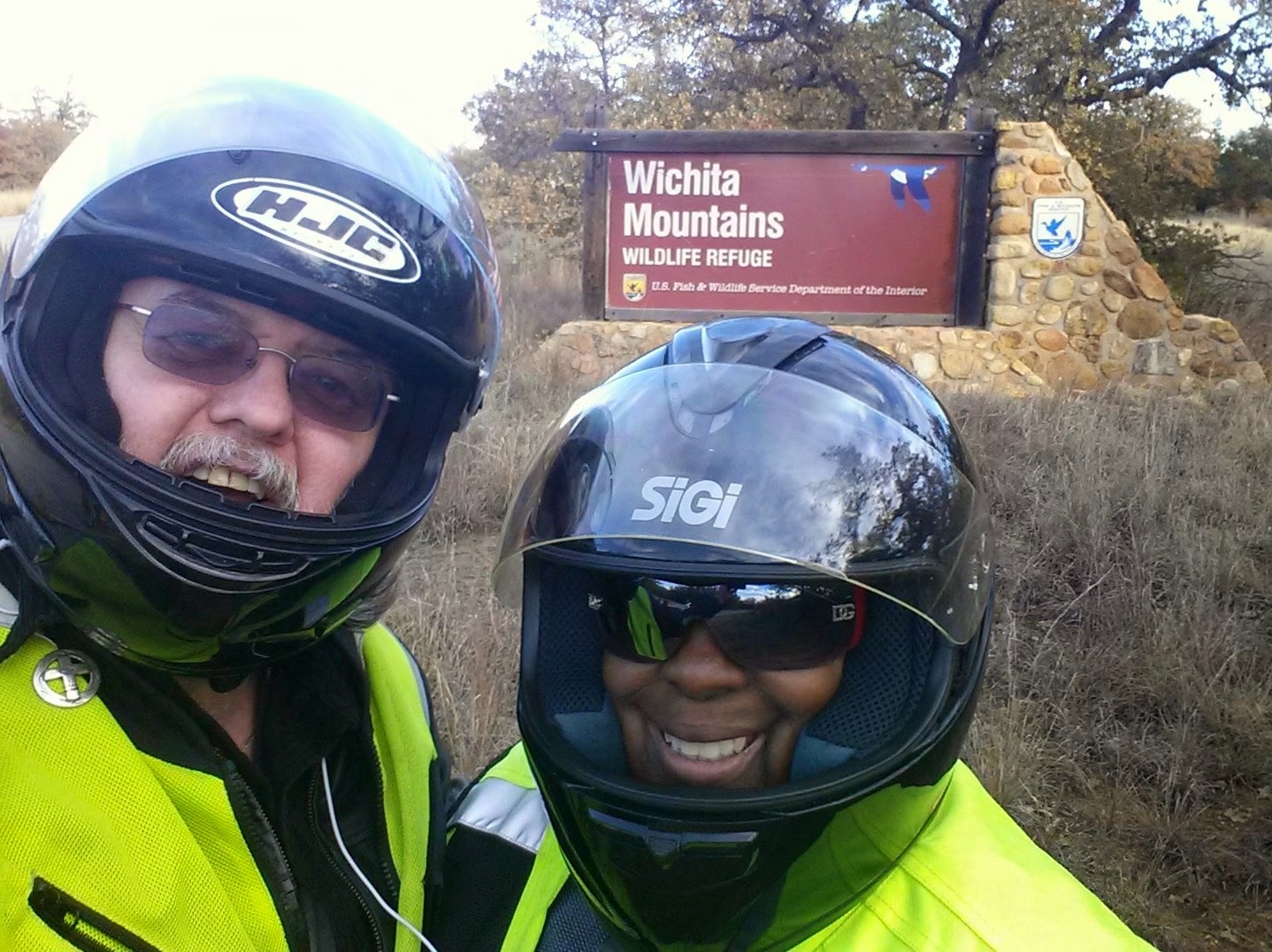 After another several miles of shivering and misery, I made the announcement....." I'VE GOTTA GET OUTTA HERE! I'M FREEZING!"  yep, that's me...making a run for it! I was soooo cold, that I was starting to "get warm" which is the first signs of hypothermia. 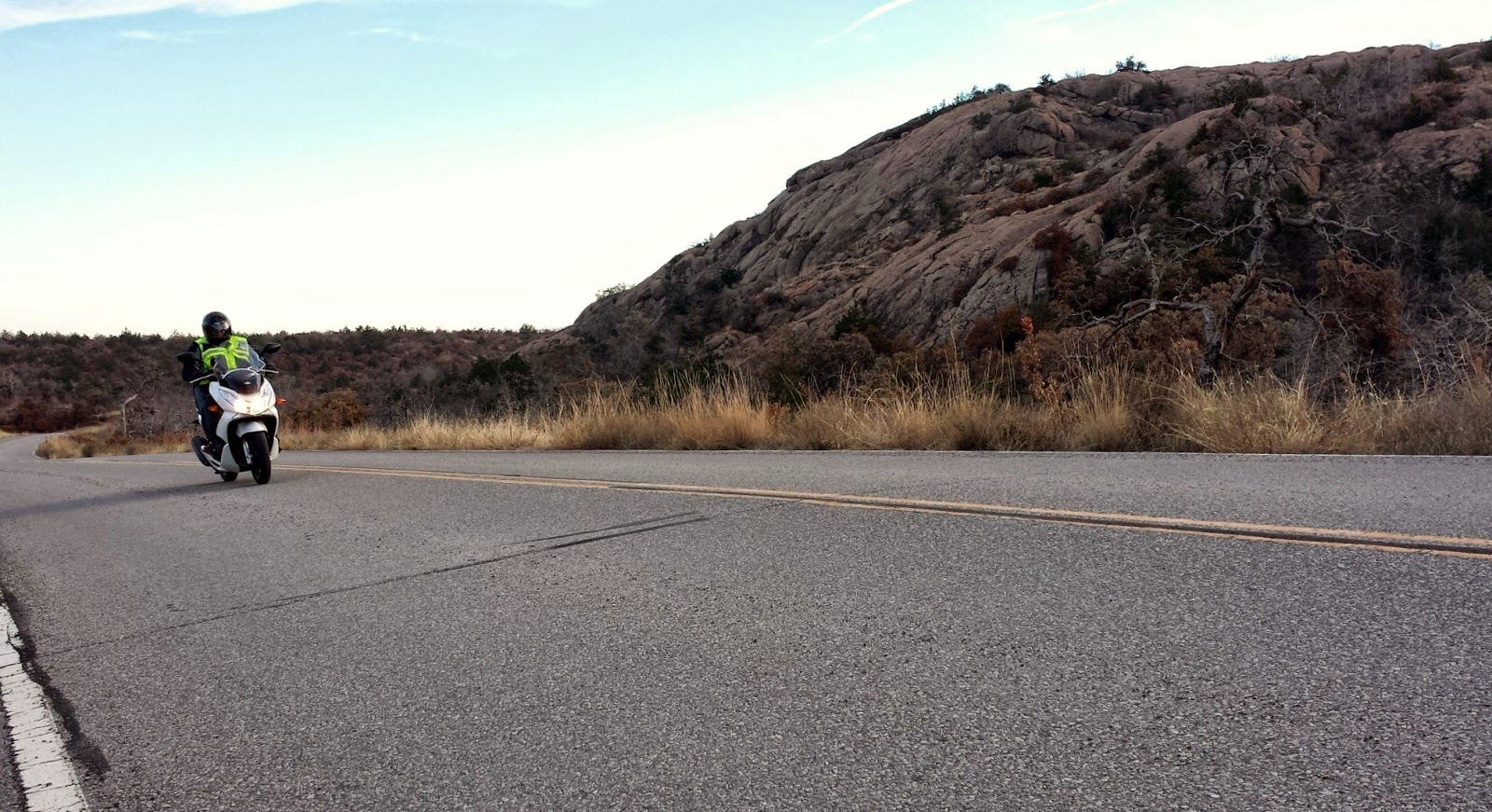 We headed back toward town which was close to 25 miles away.  By now, I can't feel my hands. We headed for a dollar store to snag some hot cocoa mix. 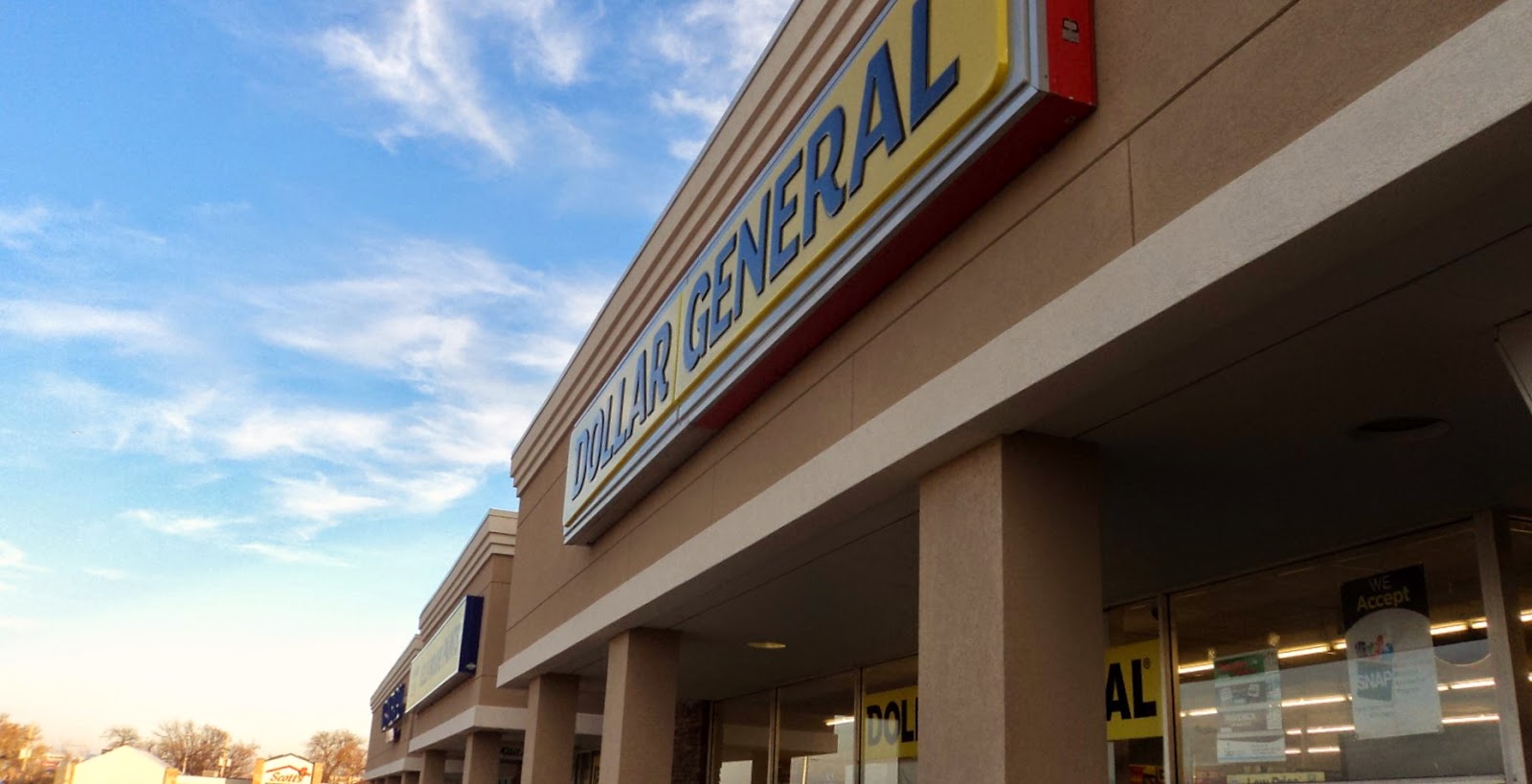 Well, a fictitious form of hot cocoa.....  No real cocoa powder to be found at this store and it was too cold to go on a hunt for any. 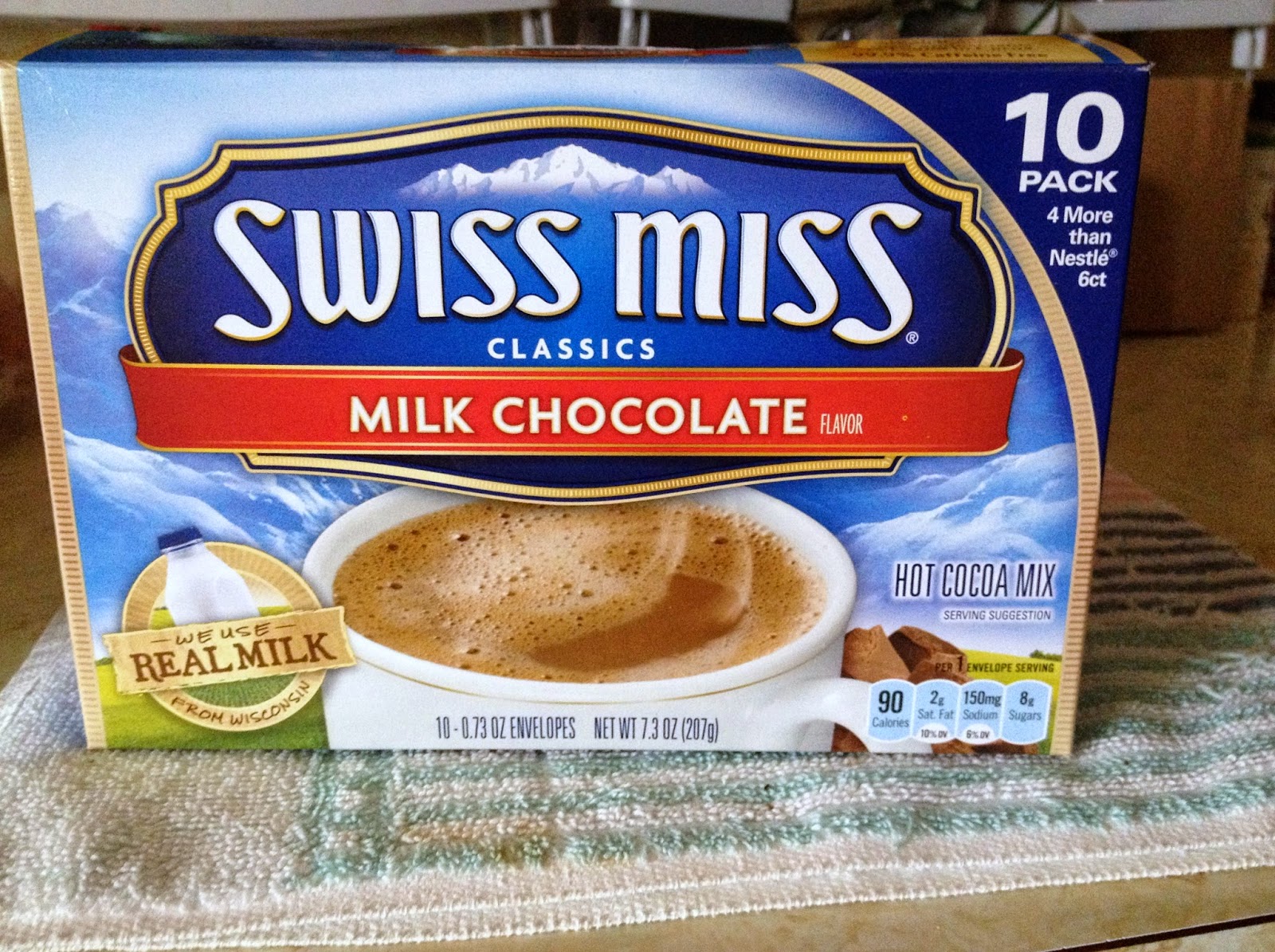 Rascal was put in the house in the storage room next to Raspberry....... 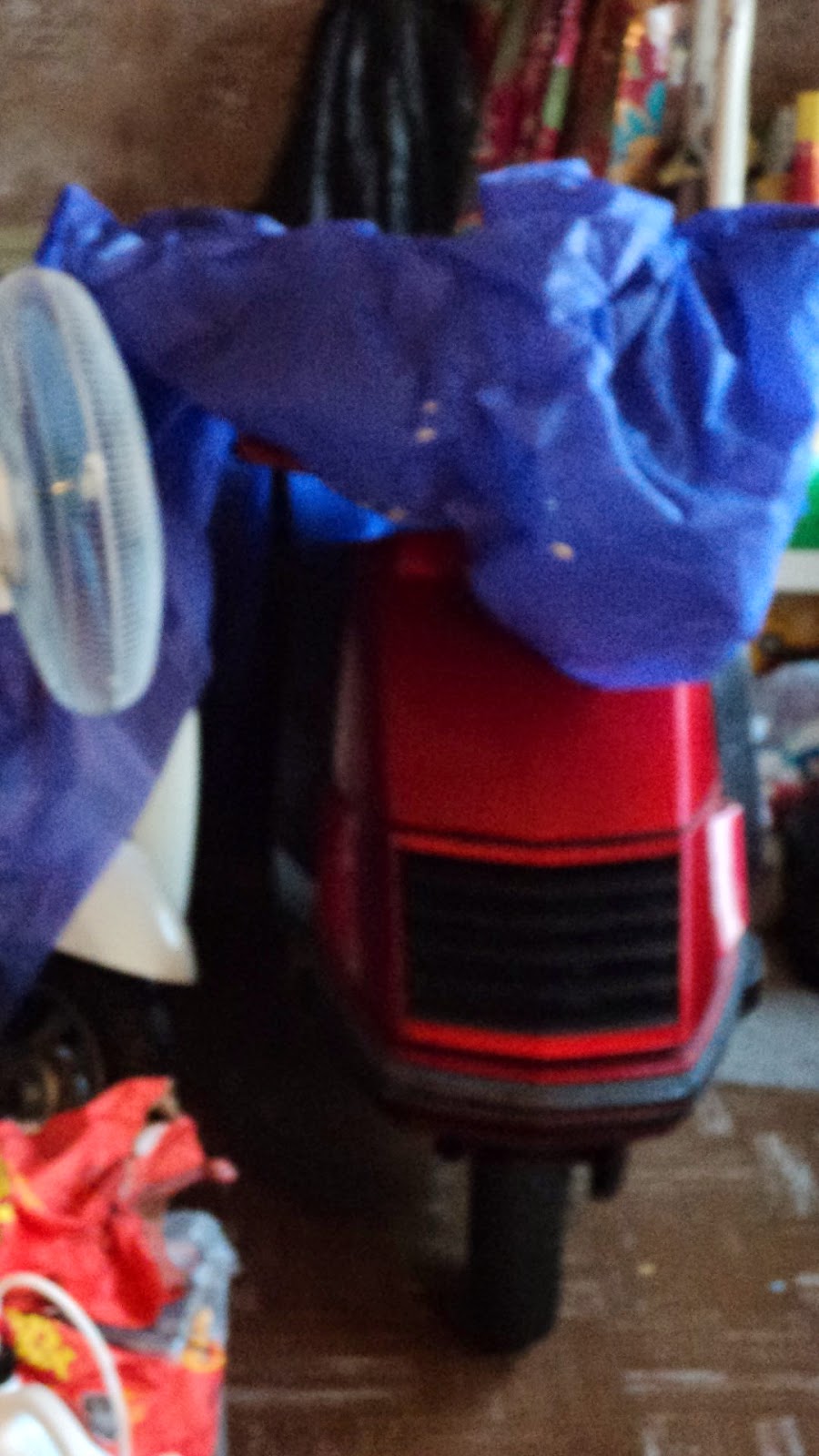 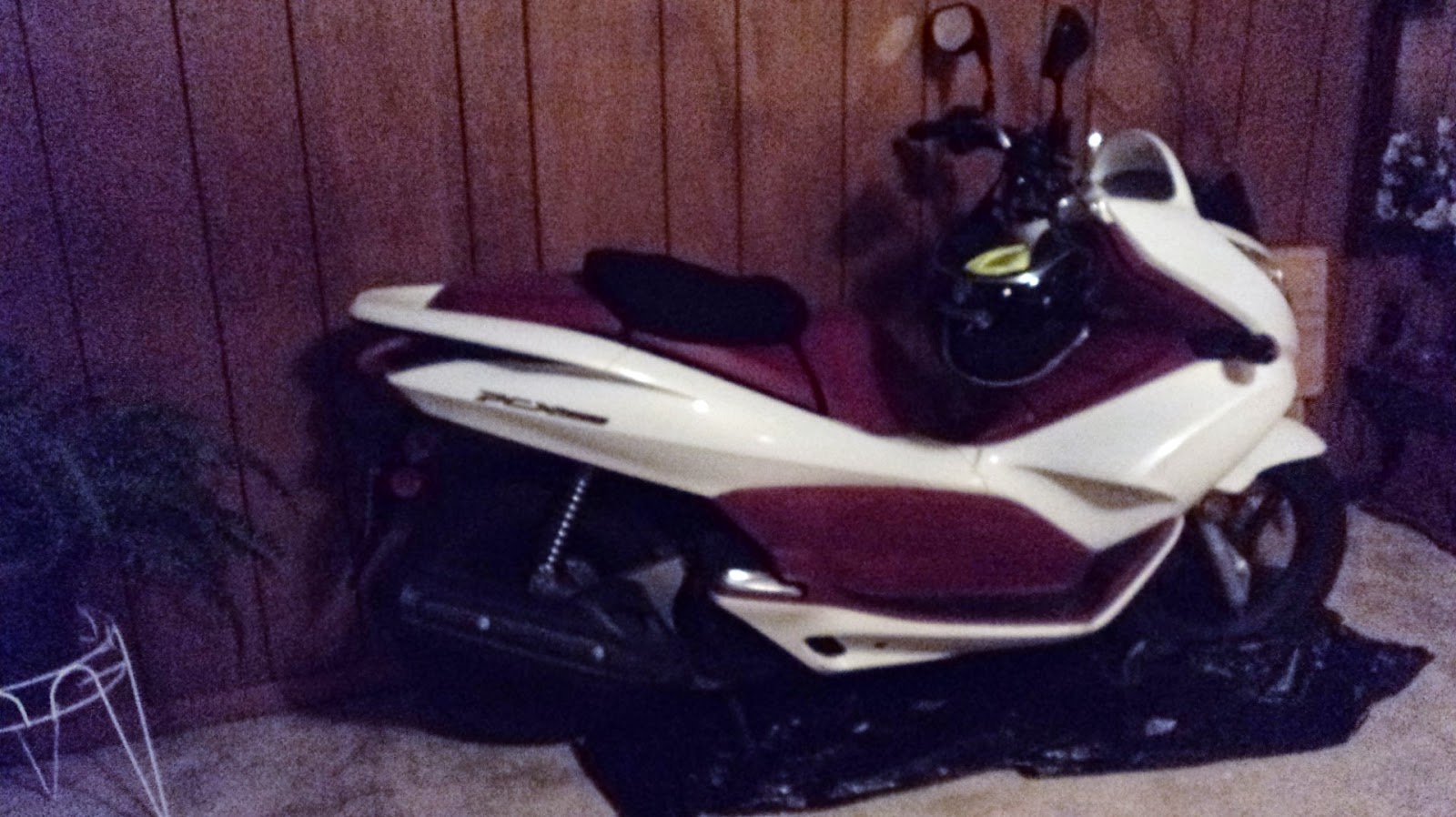 I never did drink the hot chocolate.  All I wanted to do was get into some warmer clothes and thaw my feet out.  Now, I can start to thaw out! 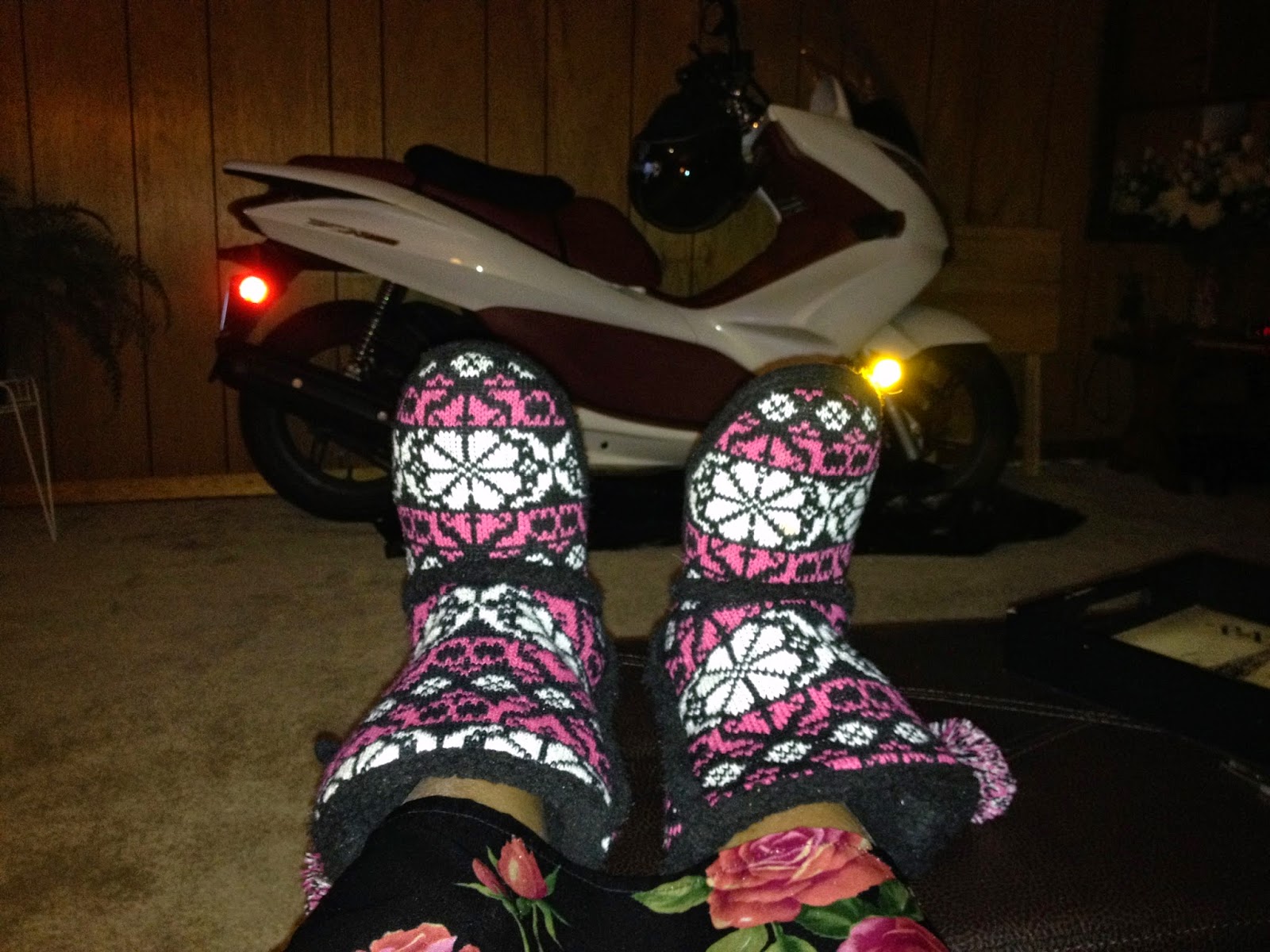 Two days later, I'm still thawing out!  I guess I could have put some lotion on those legs before posting this! haha .  Anyway,  I think I'll pass on that kind of adventure in the future....:-(.

See you next time!
Posted by Tripping Sister! at 1:17 PM 3 comments: