Chris made the decision to sell the Majesty and go to something smaller in a dual sport model.  We had a buyer and Maj was going to be leaving the next day.  I have found that gardening can be very therapeutic! ha.  At least it is for me and the thought of selling our scooters and getting something else feels a bit weird!

Anyway,  we went down to the garden to see how things were progressing.  Good thing as everything needed a good, long drink.  The veggies are coming along "ok" although I am a bit concerned about the closeness of everything.  But, hey!  First time, right?     Anyway, here are some pictures of the progress.

This is an orange bell pepper plant.  If you look closely, you can see a "bubble" looking thingee that looks like a green pepper.  My understanding is that it will turn orange when it is ready. 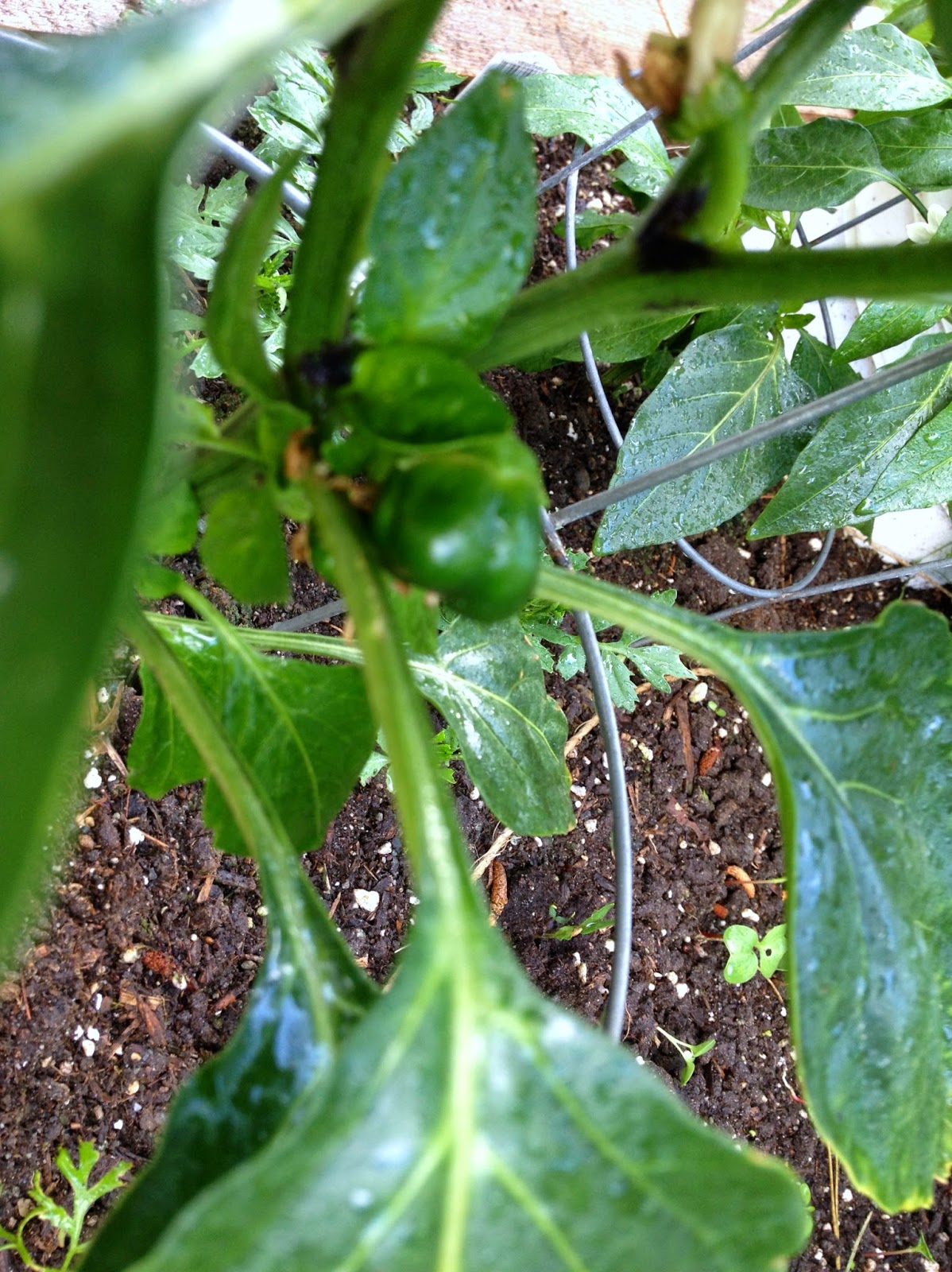 I over shot myself with the basil and ended up giving away quite a lot and still had to put these plants in window boxes as I was out of pots.  I finally took them down to the garden because my front windows were getting crowded. 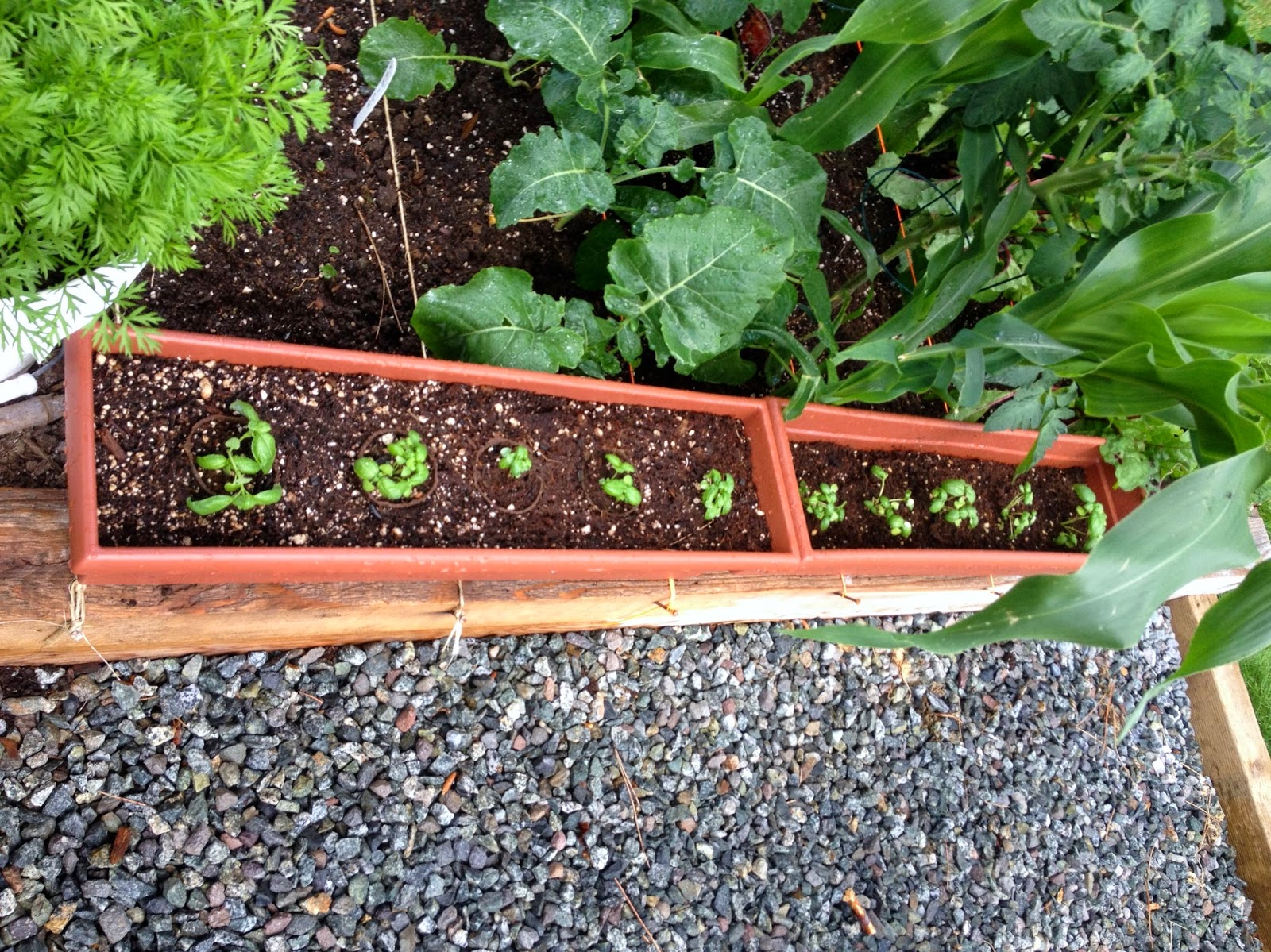 My carrot that I am growing in a bucket are coming along just fine!  Hopefully, they will not be skinny little things...... 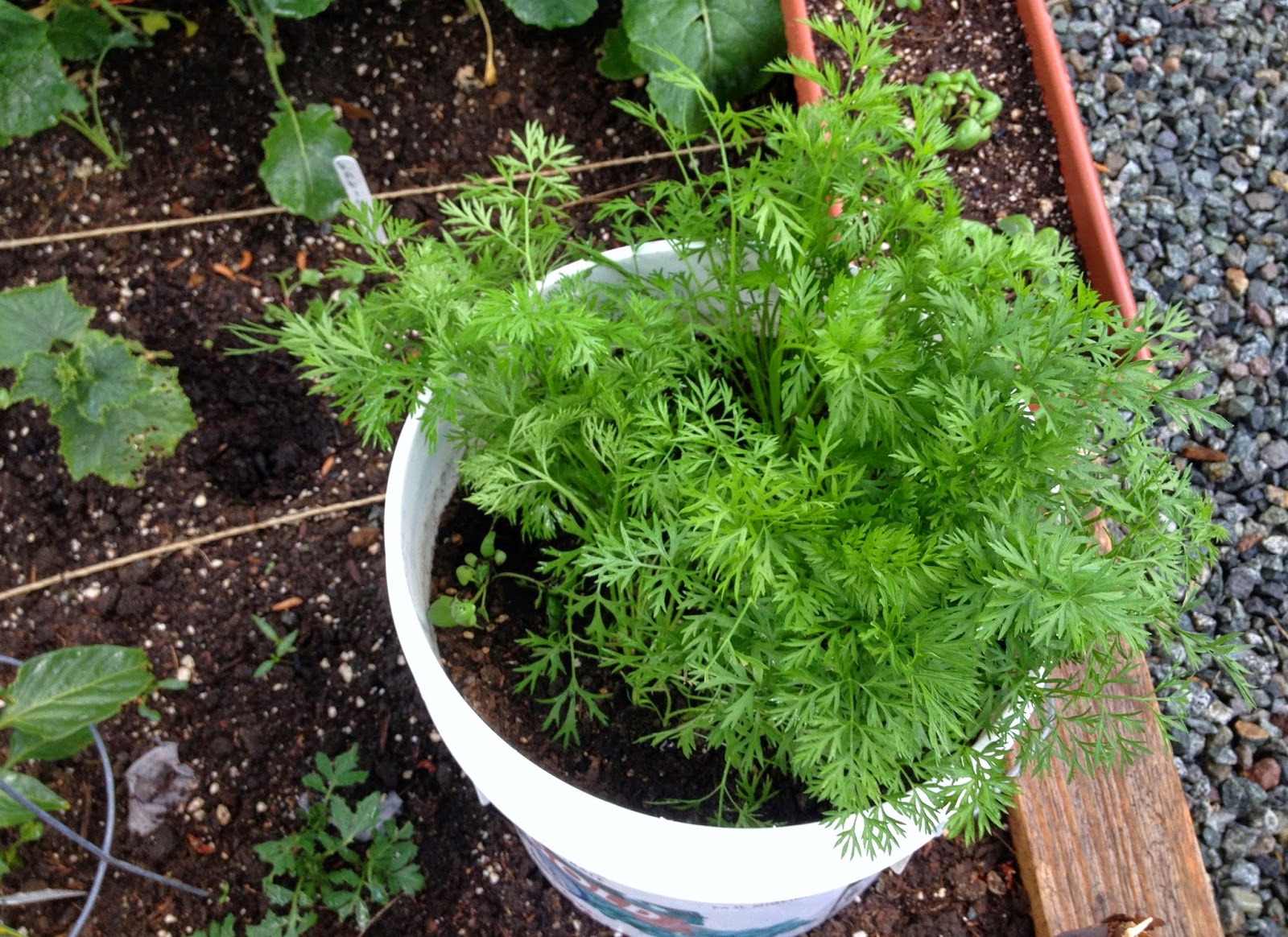 Chris is admiring all of his hard work......:-). The beans are starting to travel up the trellis thingee that he built as well as the corn. 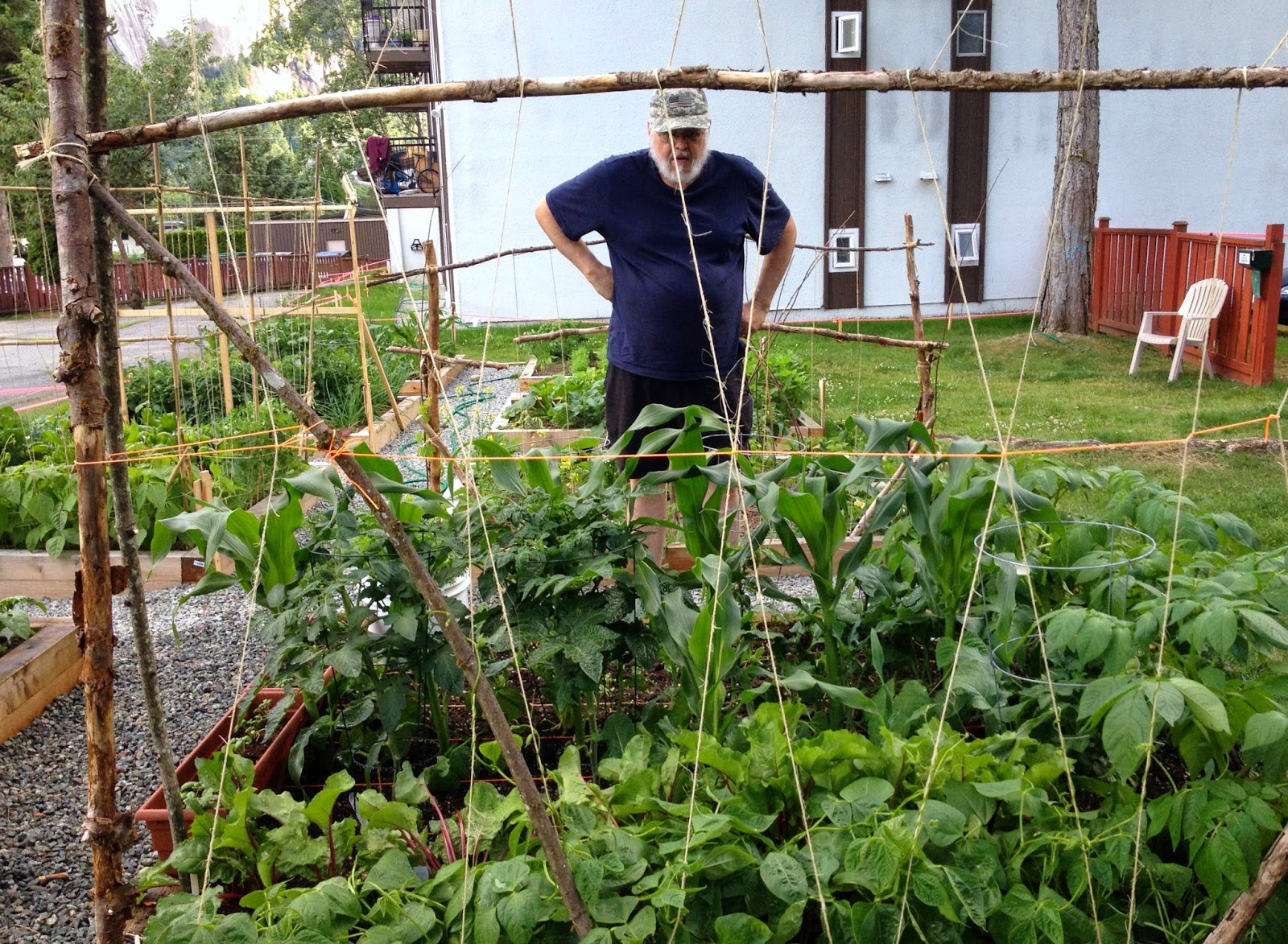 These are my bucket potatoes!  We had to add more dirt to the bucket and to the ones that are planted in a row beside the bucket.  I'm told the plants are supposed to flower and then they are ready.  But I also read that you should let the leaves die back completely before harvesting.  I have no idea! ha 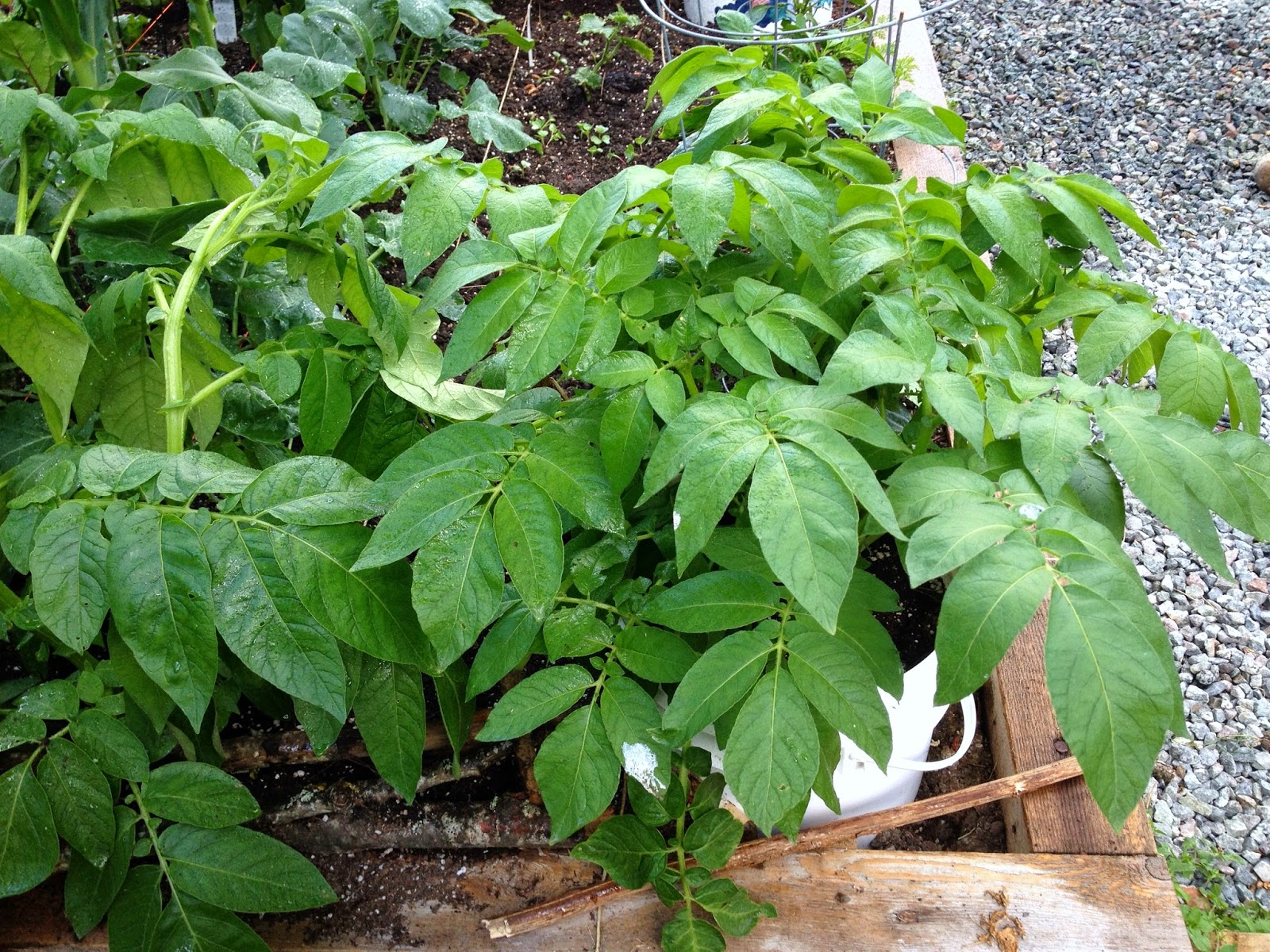 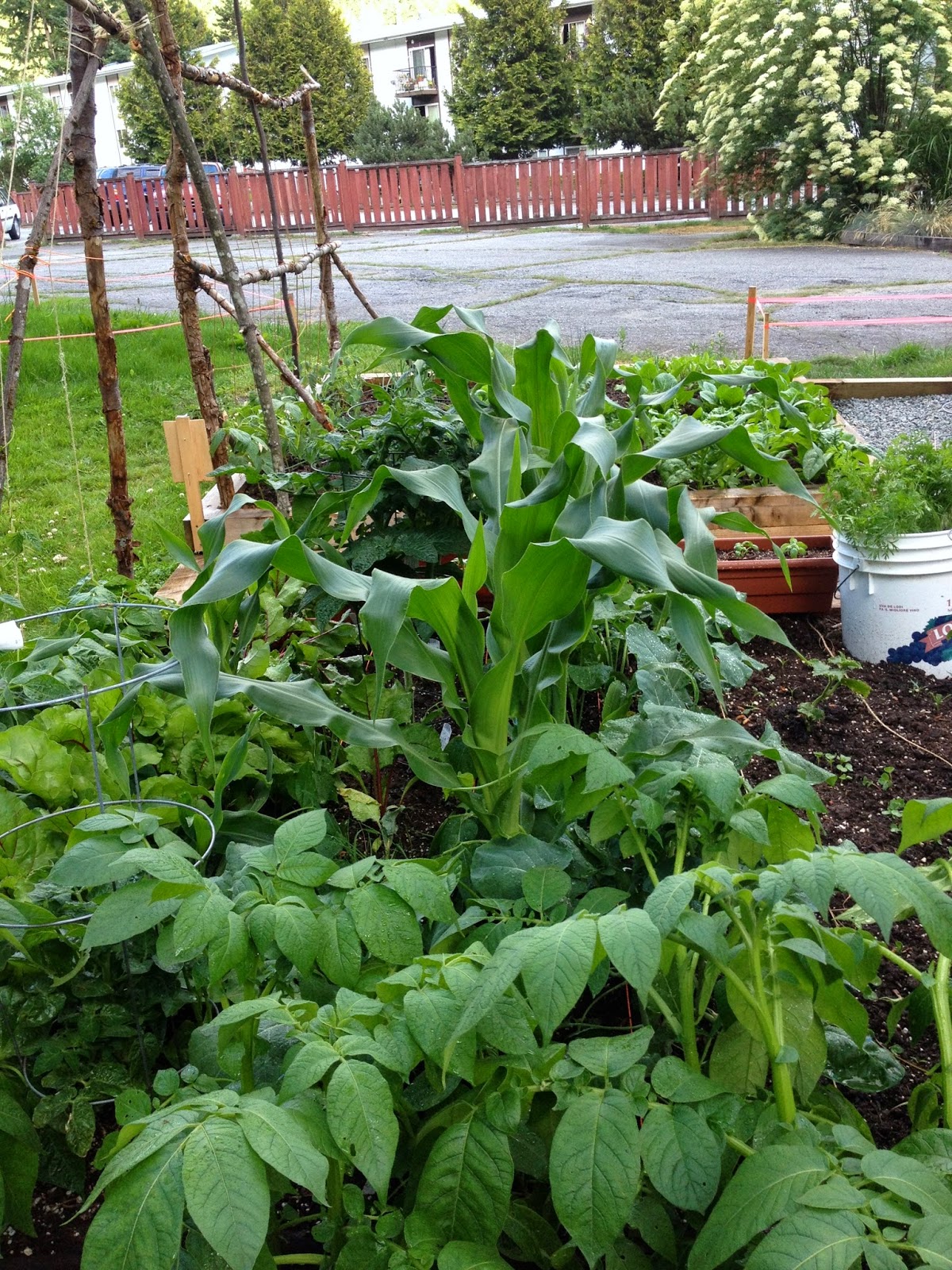 After leaving the garden we decided to get Maj loaded up and ready to go the next day.....:-(. 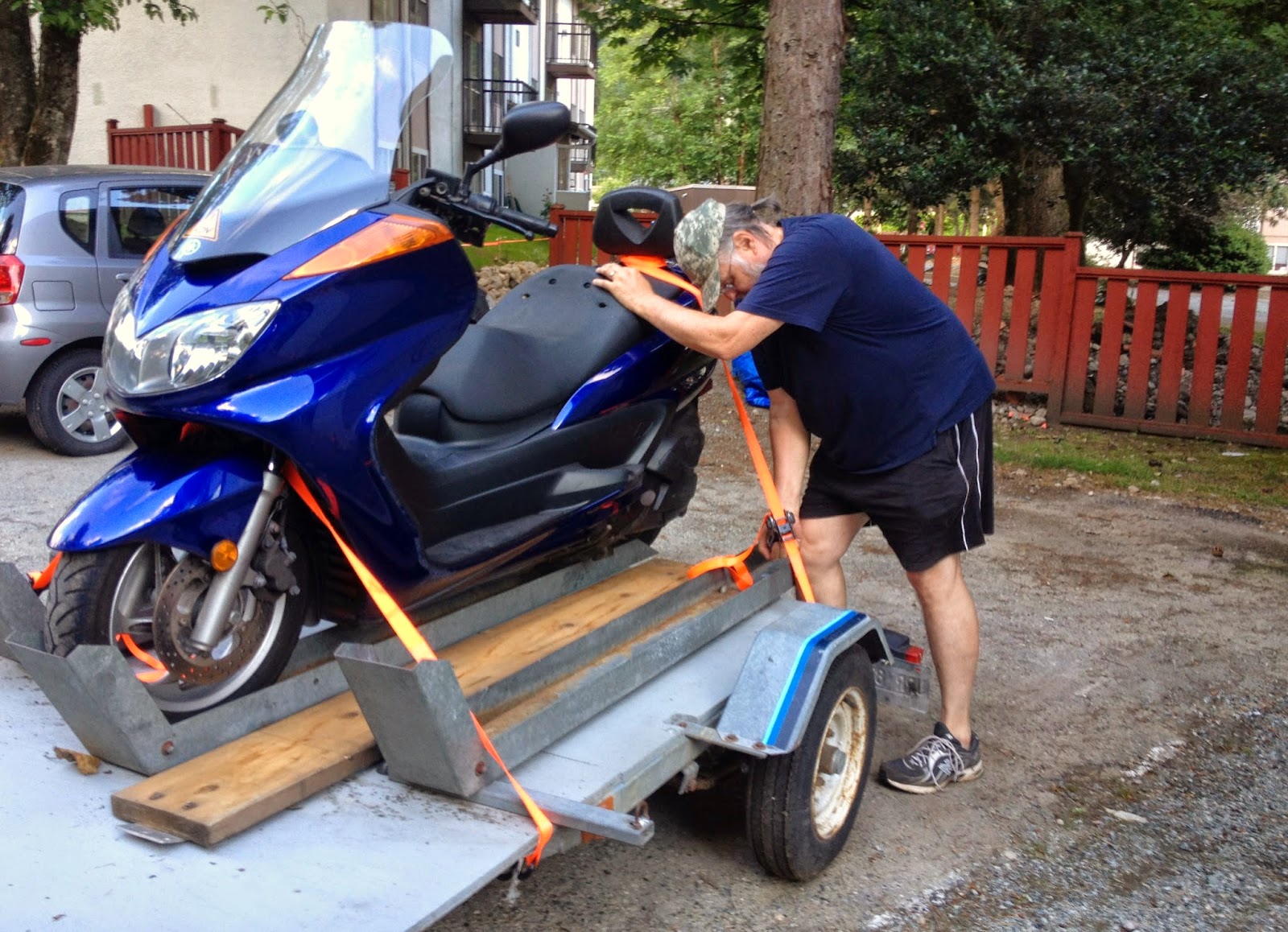 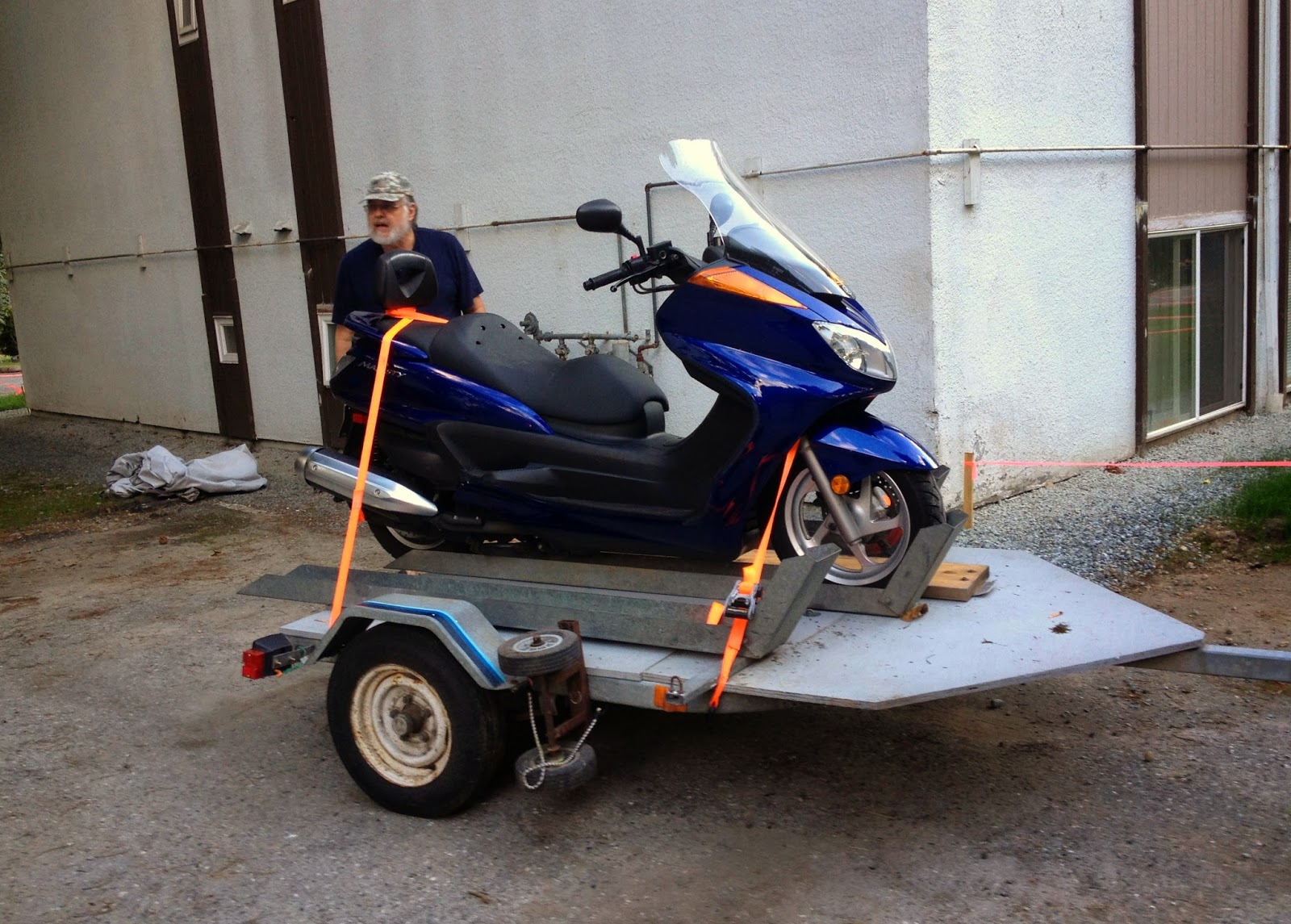 Poor Ms Vickey.....she looks lonely.   Sadly, she is for sale as well right now.  I really want to go to something smaller.  We both do. 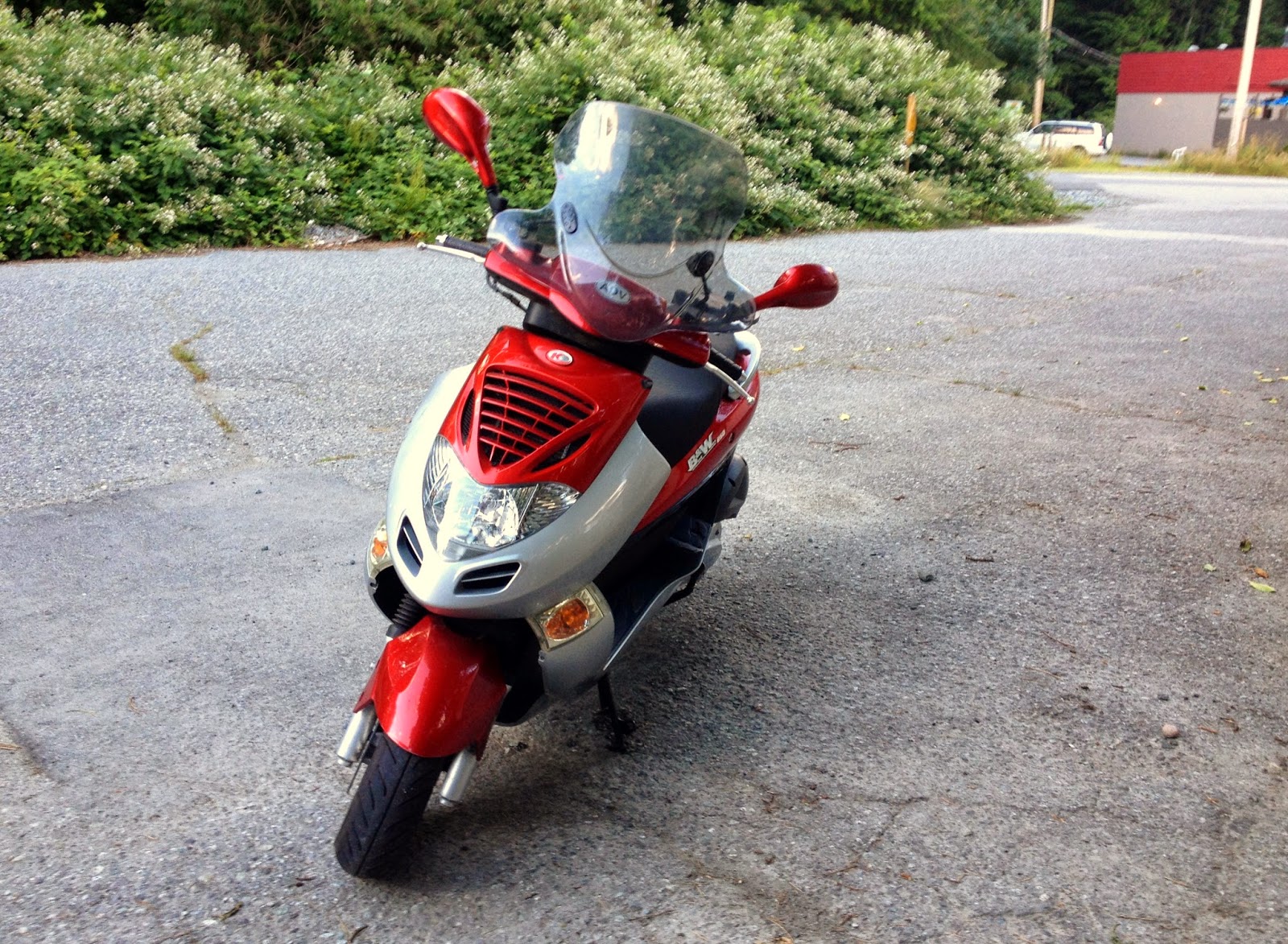 Chris rolled Ms Vickey back into her place and covered her up with a tarp.....:-(. 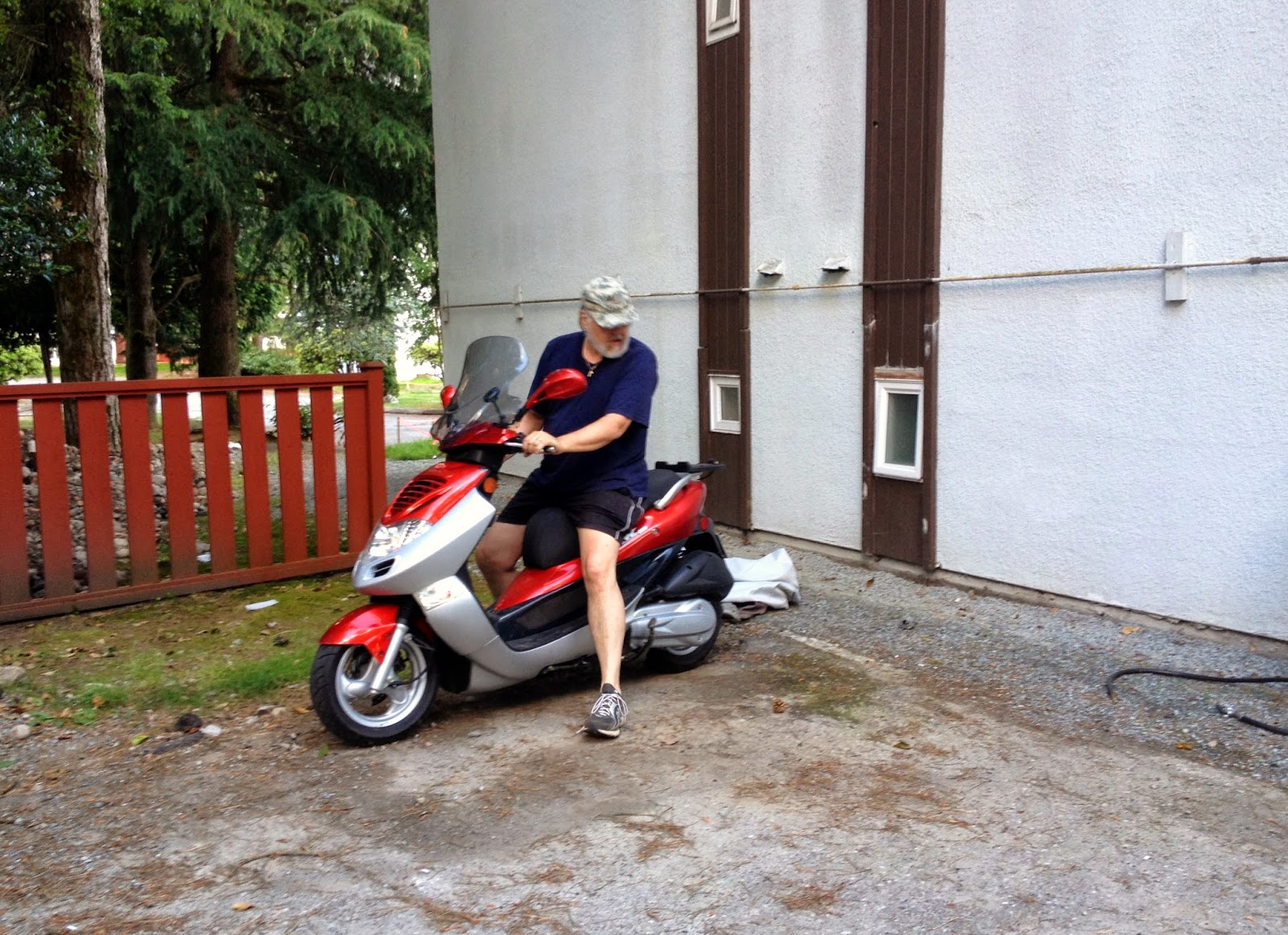 The next day, we met with the new owner of Maj, unloaded her and headed for the insurance agency.  I hope Maj likes her new friend....:-). 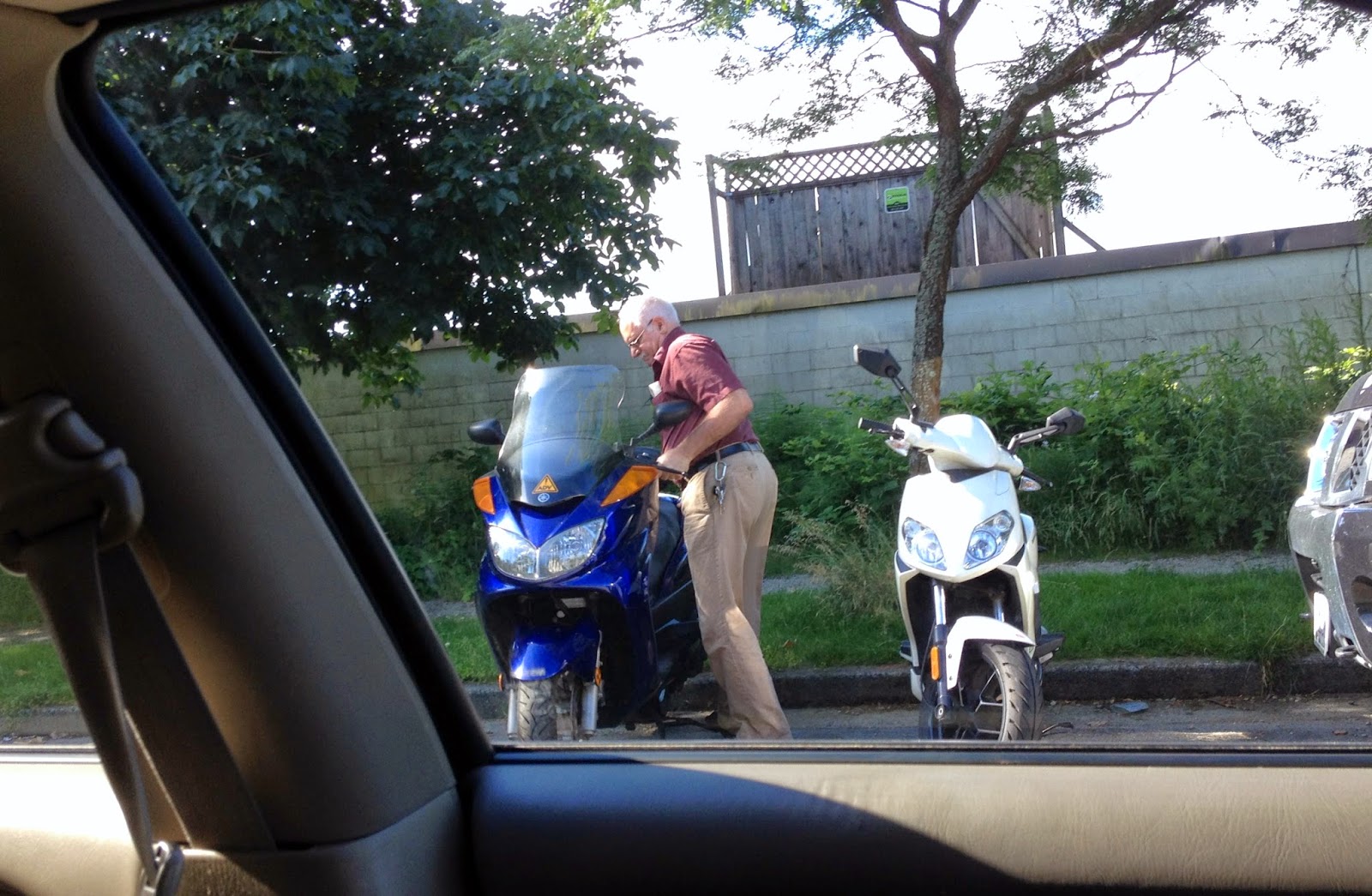 It took a few minutues, but the the guys finally got everything taken care of with the transfer. 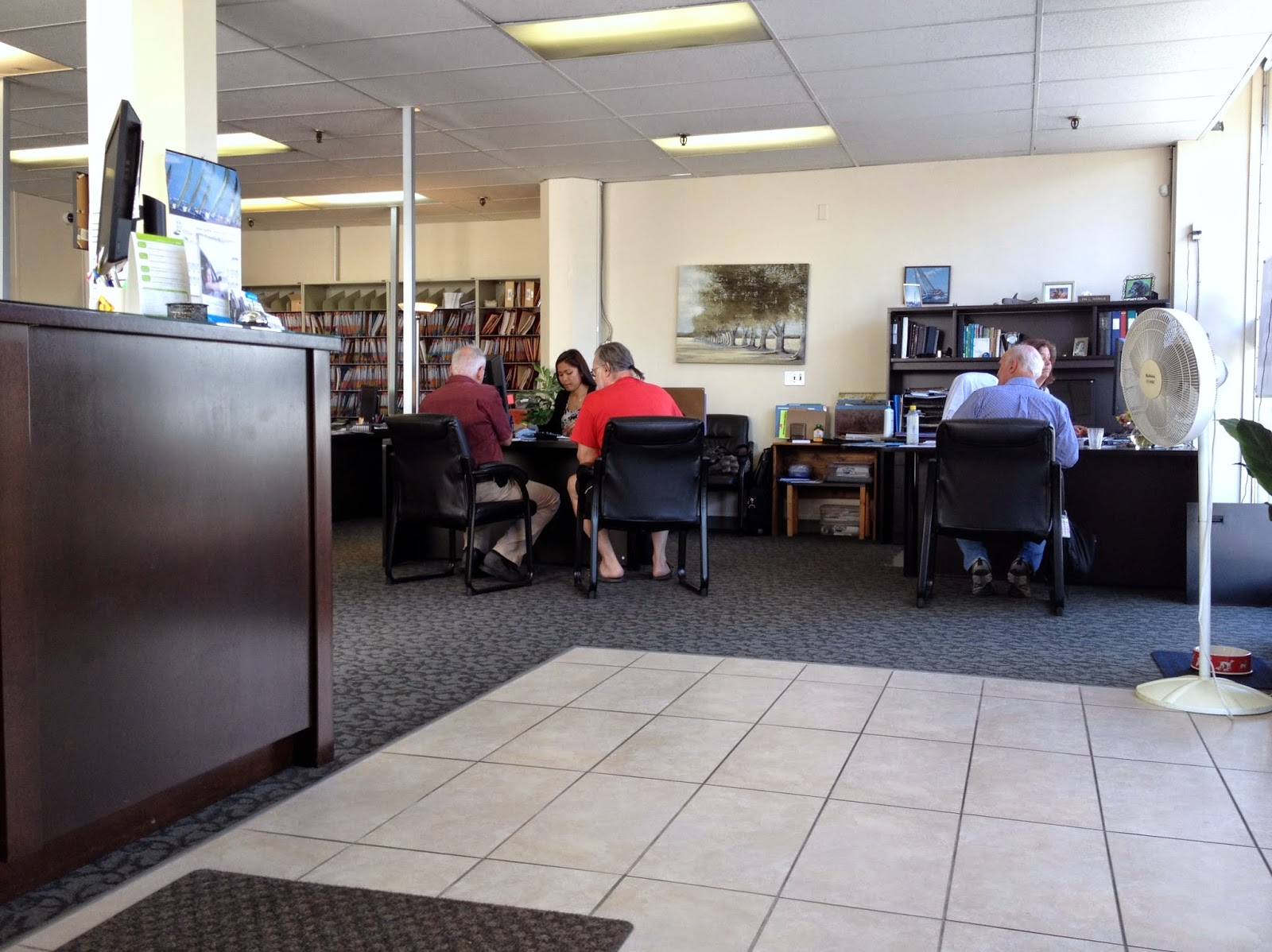 The deal was sealed and we are now on the hunt for another bike for Chris. 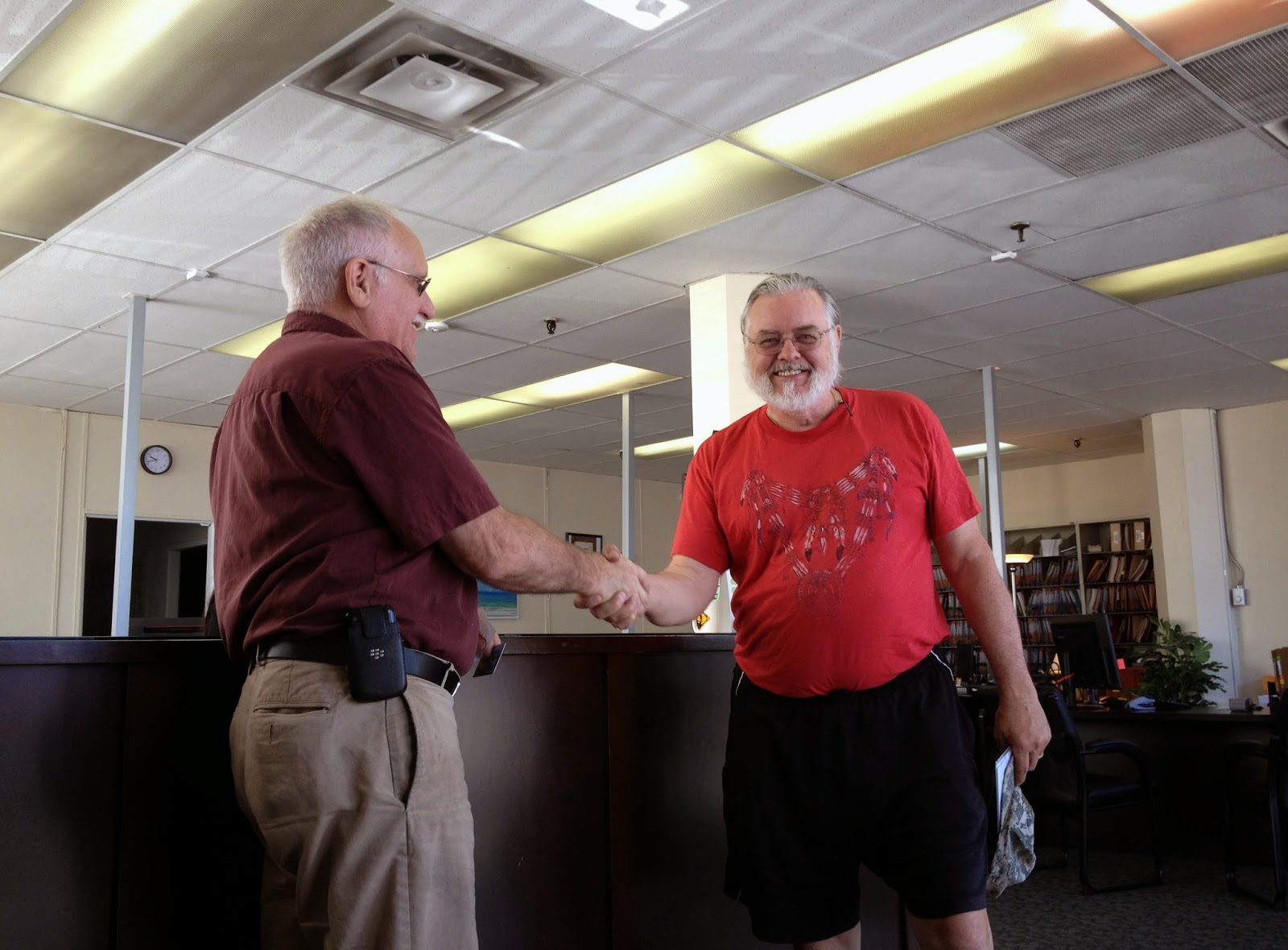 It was really weird going home with an empty trailer and leaving Maj behind......:-( 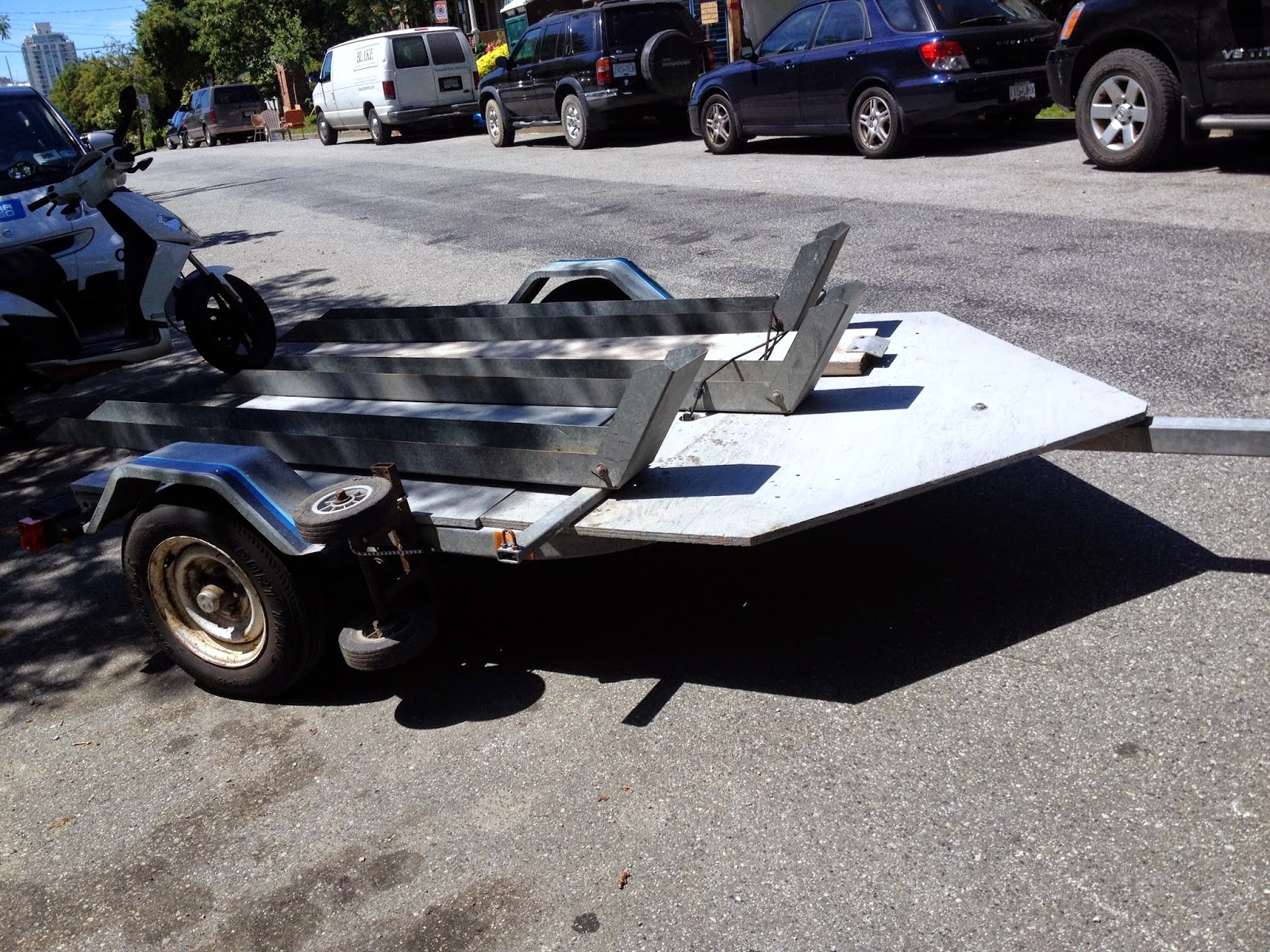 I felt like we had just sold one of our kids!  :-(.  Soooooo, I found some truffle fries at a favorite restaurant on Commercial drive in Vancouver. 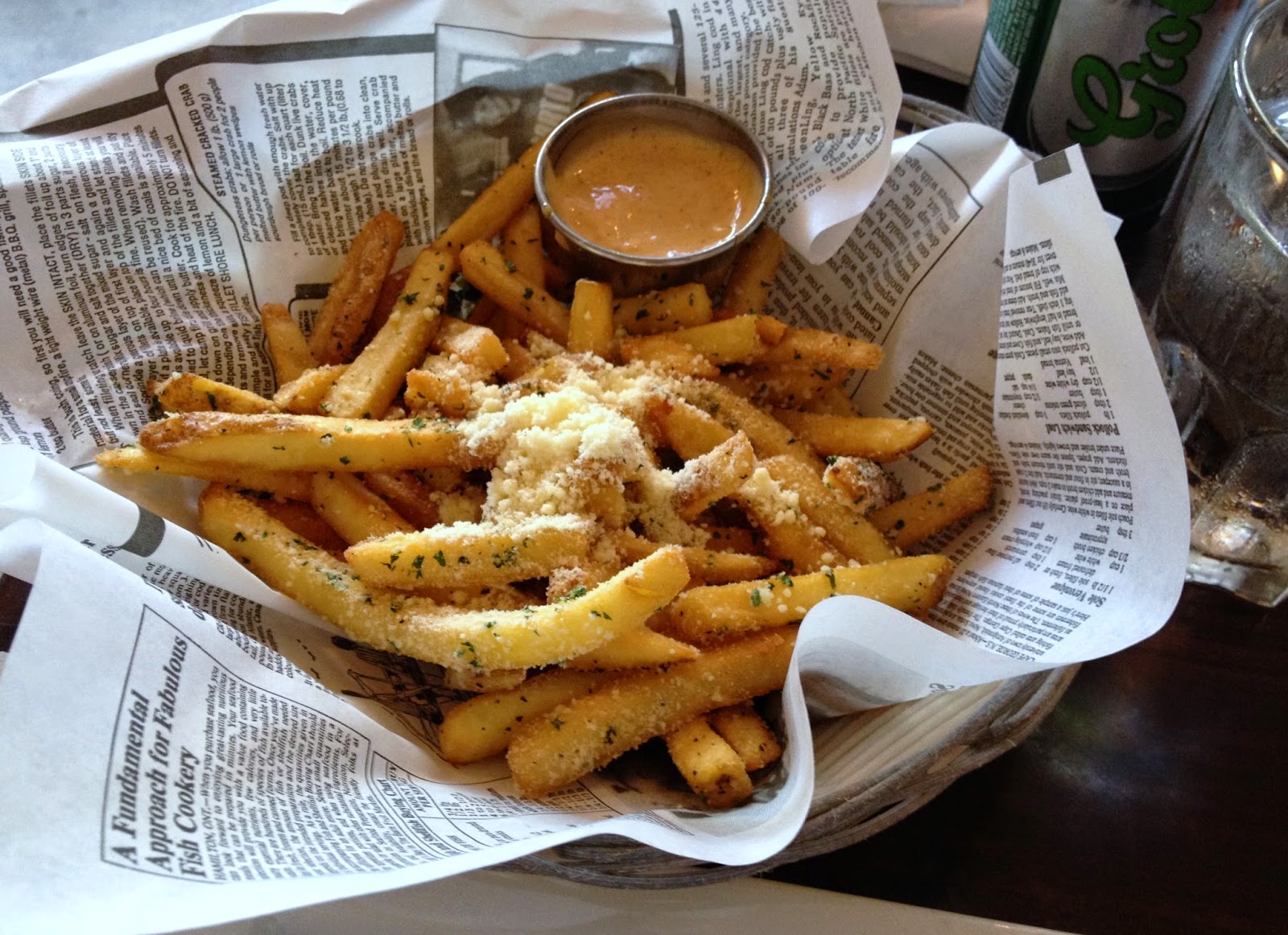 It helped a little.....ha.....But Chris ate most of them.  So, we either need to find another bike or eat more fries!